A bright red river of lava from the volcano on Spain’s La Palma island has finally tumbled over a cliff and into the Atlantic Ocean.

It set off huge plumes of steam and possibly toxic gases that forced local residents outside the evacuation zone to remain indoors.

The immediate area had been evacuated for several days as authorities waited for the lava that began erupting on September 19 to traverse the 6.5km to the island's edge. On the way down from the Cumbre Vieja volcanic ridge, the lava flows have engulfed at least 656 buildings, mostly homes and farm buildings, in its unstoppable march to the sea.

The meeting of molten rock and seawater finally came at 11pm on Tuesday local time (9am AEDT).

By daybreak, a widening promontory of newborn land could be seen forming under plumes of steam rising high into the area. Even though initial air quality reading showed no danger in the area, experts had warned that the arrival of the lava at the ocean would likely produce small explosions and release toxic gases that could damage lungs.

Authorities established a security perimeter of 3.5km and asked residents in the wider area to remain indoors with windows shut to avoid breathing in any gases.

No deaths or serious injuries have been reported from the island’s first eruption in 50 years, thanks to the prompt evacuations of over 6000 people after the ground cracked open following weeks of tremors. 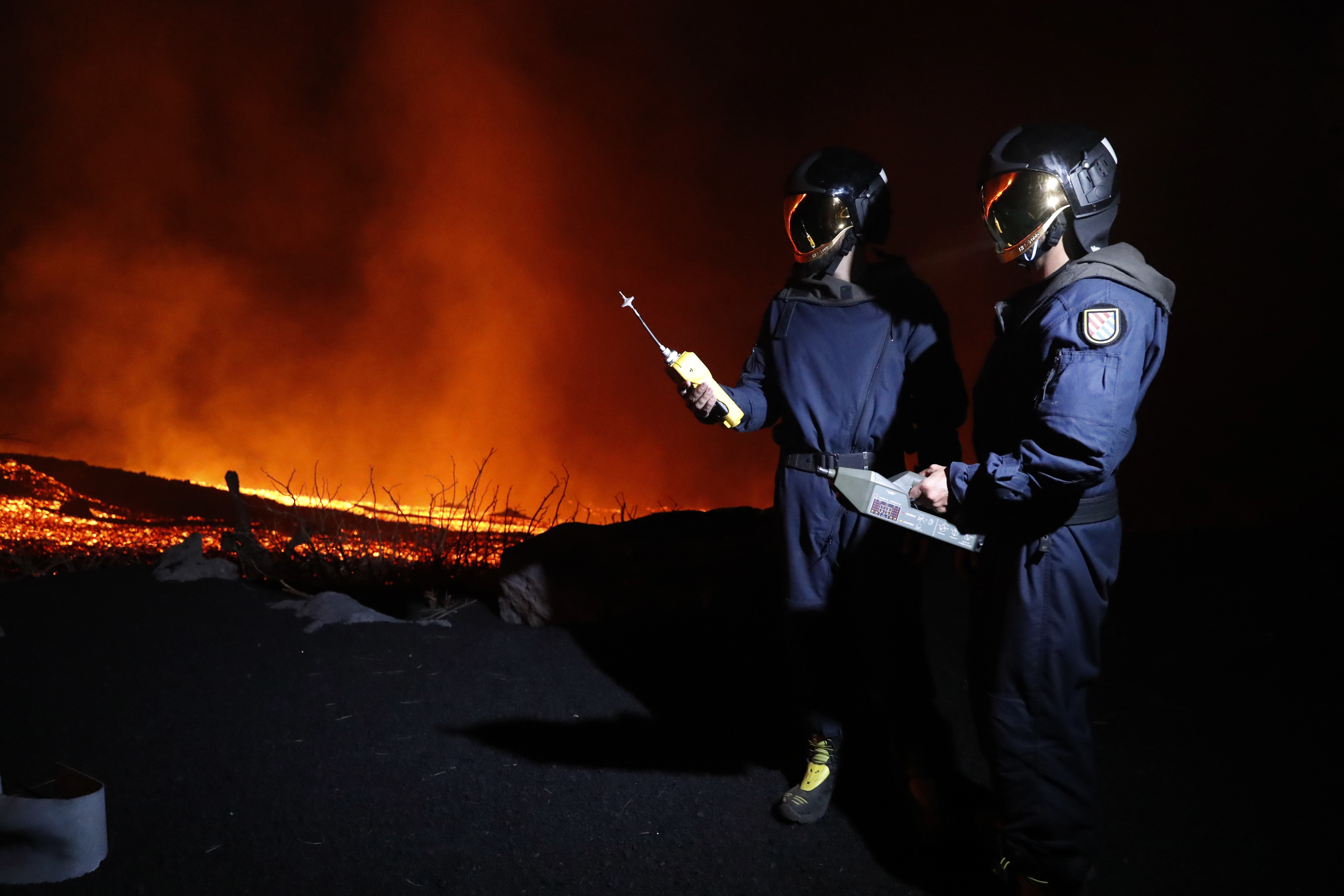 The flattening of the terrain as it approached the coast had slowed down the flow of the lava, causing it to widen out and do more damage to villages and farms.

The local economy is largely based on agriculture, above all the cultivation of the Canary plantain.

Just before it poured down a cliff into the sea at a local point known as Los Guirres, the lava rolled over the coastal highway, cutting off the last road in the area that connects the island to several villages.

“We hope that the channel to the sea that has opened stops the lava flow, which widened to reach 600 metres at one point, from continuing to grow, because that has caused tremendous damage,” Ángel Víctor Torres, president of the Canary Islands regional government, told Cope radio.

Mr Torres said his government is working to house those who have lost their dwellings. 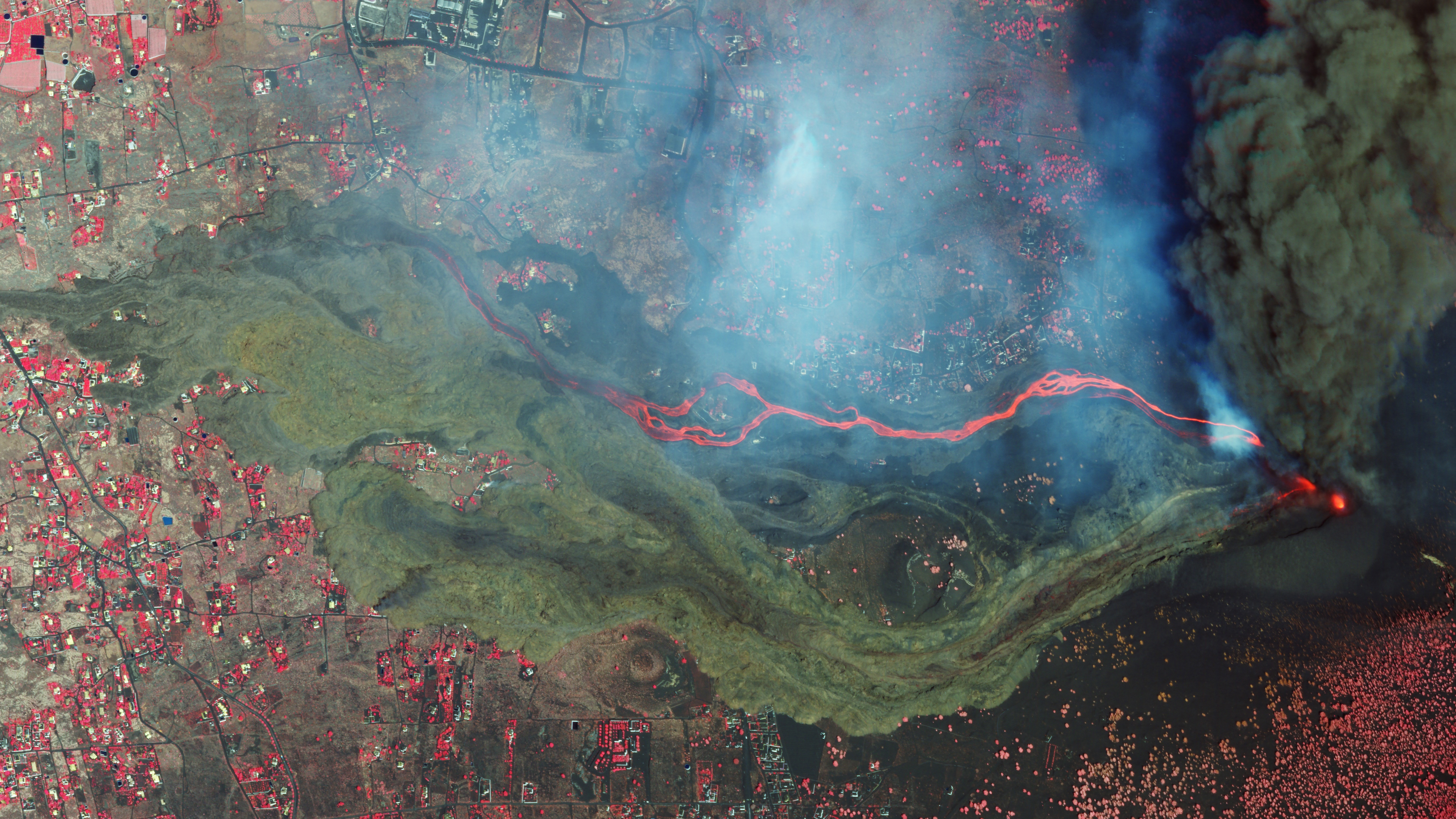 Authorities have plans to purchase over 100 currently unoccupied homes.

Mr Torres cited one village, Todoque, home to 1400 people, which was wiped out.

La Palma, home to about 85,000 people, is part of the volcanic Canary Islands, an archipelago off north-west Africa.

The island is roughly 35km long and 20km wide at its broadest point.

Cleaning crews swept up ash in the island’s capital, Santa Cruz, while more small earthquakes that have rumbled under the volcano for weeks were registered by geologists.

Favourable weather conditions allowed the first flight in five days to land at airport on La Palma, an important tourist destination along with its neighbouring Canary islands, despite a huge ash cloud that Spain’s National Geographic Institute said reached up to seven kilometres high. 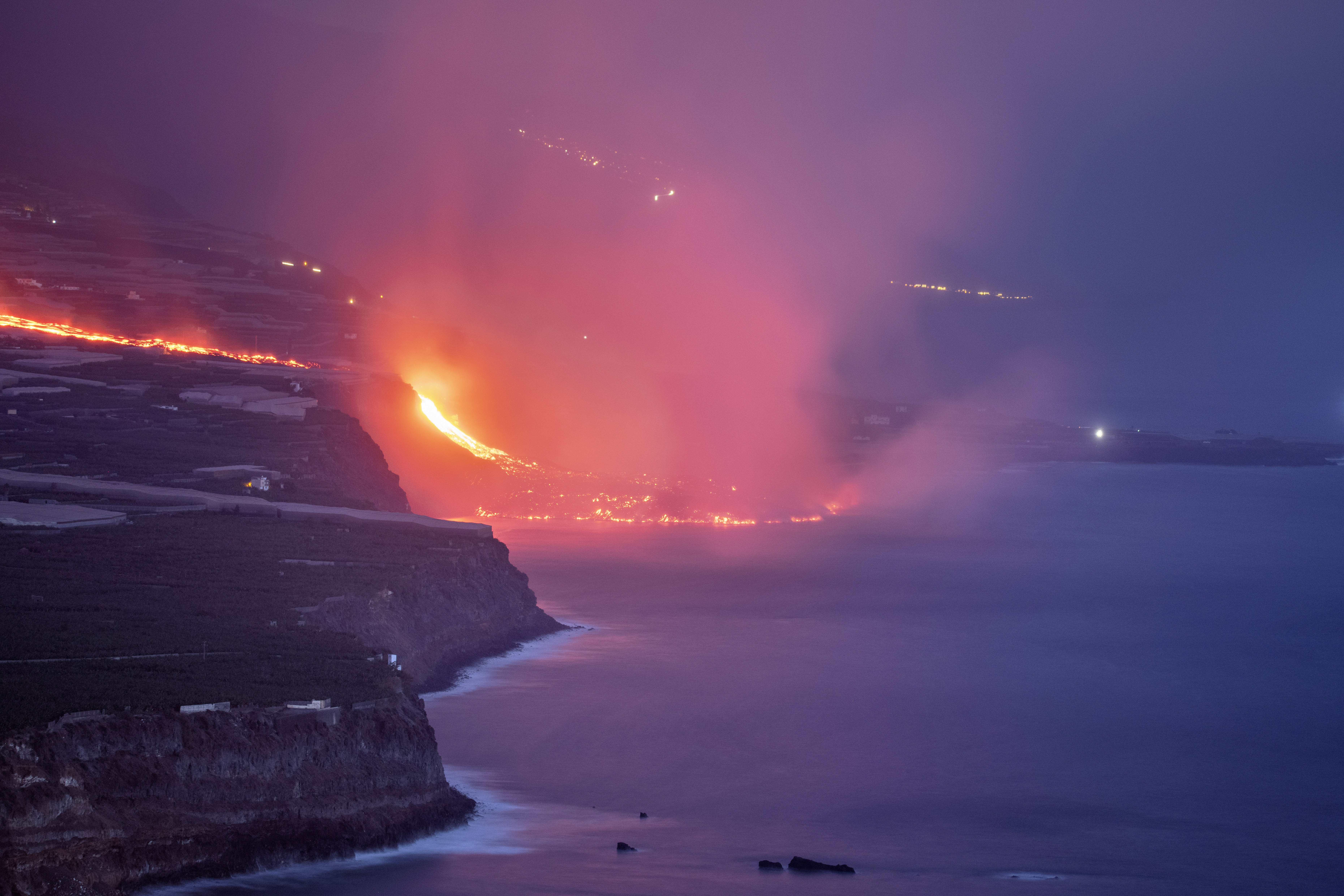 Laura Garcés, the director of Spain's air navigation authority ENAIRE, said she doesn't foresee any major problems for other airports on the archipelago because of the ash.

While the red tongue of lava lolled off the coast, the two open vents of the volcano continued to belch up more magma from below.

Experts say it's impossible to determine how long the eruption will last.

Previous eruptions in the archipelago have lasted weeks, even months.

“We don’t know when this will be over,” volcano scientist Stavros Meletlidis of Spain’s National Geographic Institute told state broadcaster TVE.

“Volcanos are not friends of statistics.”