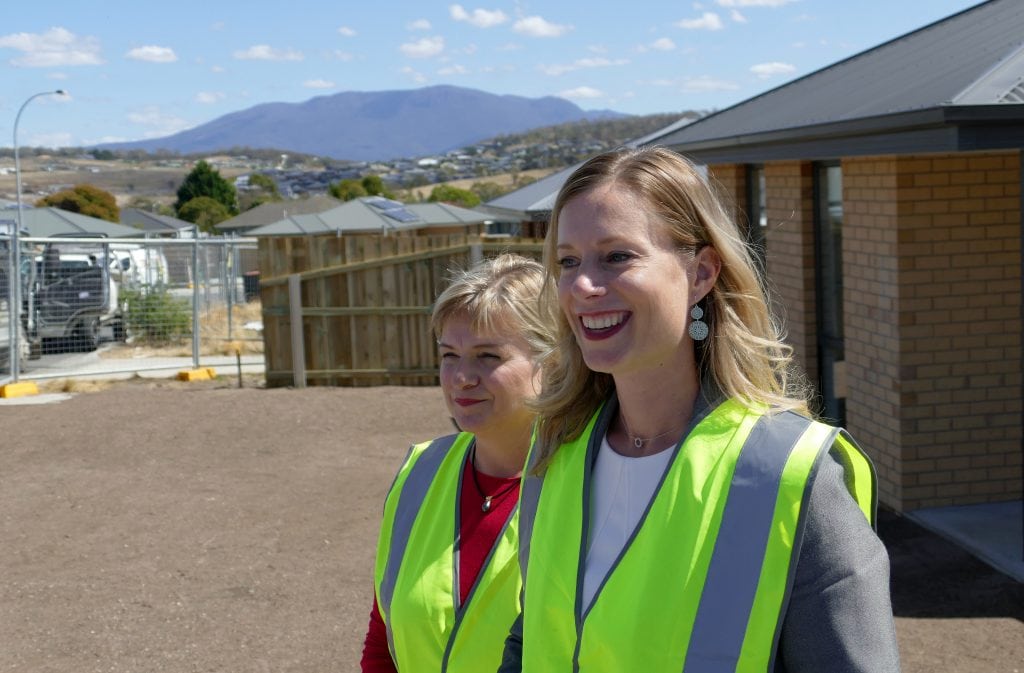 Labor responded to the Premier’s state of the state speech yesterday with a number of announcements. These are reproduced below the audio of the press conference held at Clarendon Vale by Alison Standen and Rebecca White on housing, Spirit of Tasmania, NBL basketball and coronavirus.

Seventeen jobs forums will be held across the state* as part of Labor’s plan to reduce inequality and create a better, fairer Tasmania.

Tasmanian Labor Leader, Rebecca White, said the forums are part of Labor’s plan to support jobs creation and lead a conversation about getting more Tasmanians into work.

“Right now too many Tasmanians are being left behind with many people unable to get work, or unable to get enough work, resulting in one in four Tasmanians living in poverty,” Ms White said.

“Tasmania’s unemployment rate is still the third worst in the country, and jobs continue to be lost in regional areas.

“But it is underemployment where Tasmania is truly failing.

“Tasmanians deserve better and if we don’t turn this around we will see more people leaving our state to find work.

“Together we can build the opportunities our state needs so people can stay and raise their families here in Tasmania – and that’s why Labor is holding jobs forums across the state.”

Ms White said she welcomed all Tasmanians to join her and local Labor MPs to discuss Labor’s plan to get more people into work.

“We want to share our positive plans for jobs. And we want to hear from Tasmanians about barriers to work and how we can support the creation of more jobs and the development of pathways into work.

“Employers are crying out for skilled workers but cannot find them while at the same time unemployment is at unacceptable levels and many Tasmanians can’t get the skills and training they need to get a job here.

“The best way to get a foot in the door is to have the chance at an apprenticeship or traineeship and that’s why Labor has announced free TAFE courses in our fastest growing industries to help Tasmanians into secure, well-paid jobs.

“Labor’s focus is on delivering secure jobs and lifting wages and conditions because that will improve the health of the economy. Together we can reduce inequality and create a better, fairer Tasmania.” 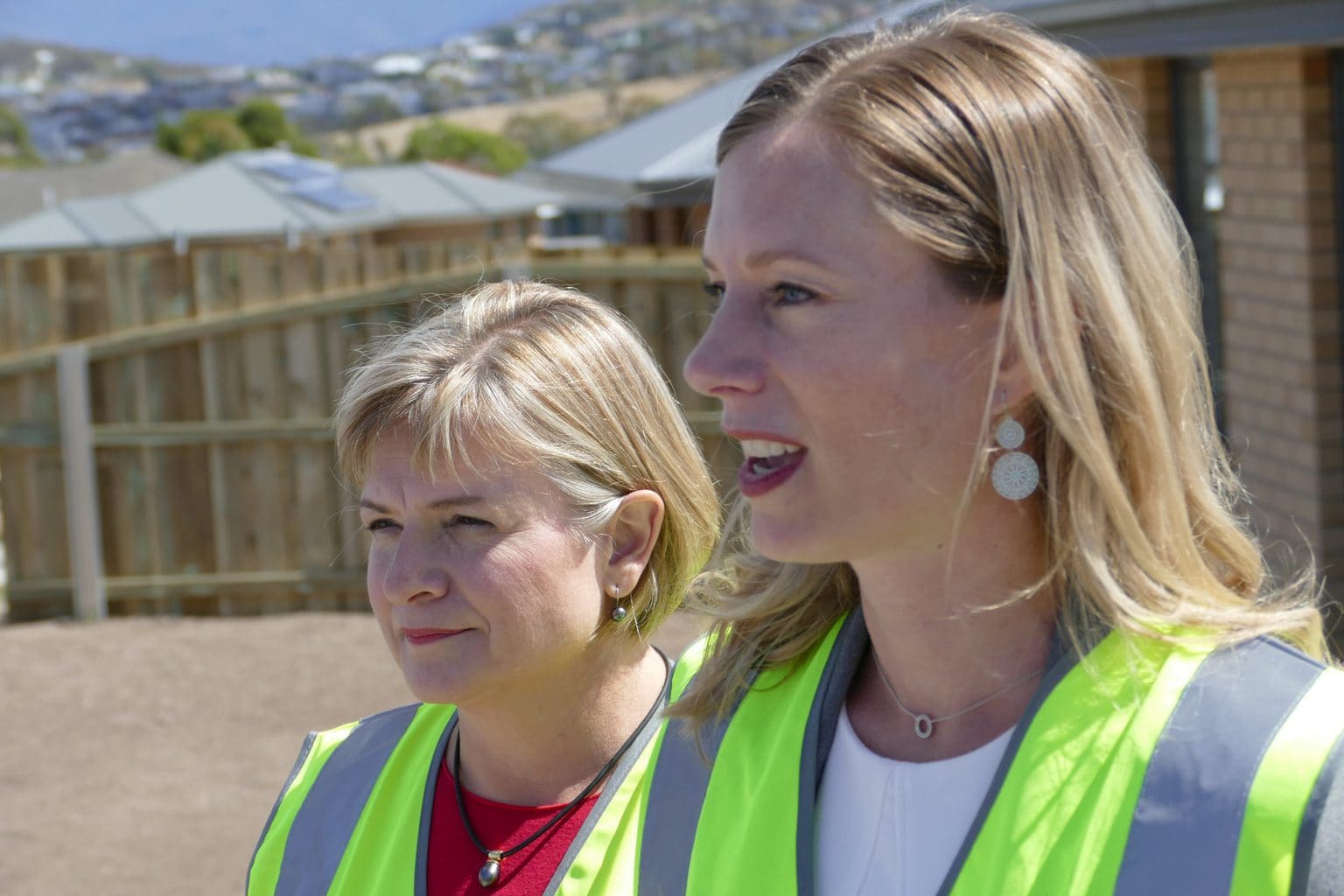 A Labor government would fast track development of affordable social housing, while stimulating job creation in the building and construction sector.

Another $78.4 million will support community housing providers to make new homes available at reduced rent over a ten year period.

“Housing Works will deliver jobs while rapidly increasing the number of affordable homes in Tasmania.

“When it comes to jobs, too many Tasmanians are struggling to get a foot in the door. We need to do everything we can to keep young people here, rather than see them leave to look for work elsewhere.”

Shadow Minister for Housing Alison Standen said the policy would deliver a rapid easing of the state’s housing crisis.

“Homelessness, rental stress and the housing waitlist are all getting worse in Tasmania. Only Labor has a plan to get Tasmanians off waiting lists and into homes.

“The Housing Works policy involves a partnership with community housing providers that will reduce pressure on the private rental market and the public housing waitlist.

“In total, Labor will put 1100 Tasmanians into new homes in its first three years of government.”

Housing Works has been developed in consultation with community housing providers across the state, and peak bodies from the community and industry sectors. 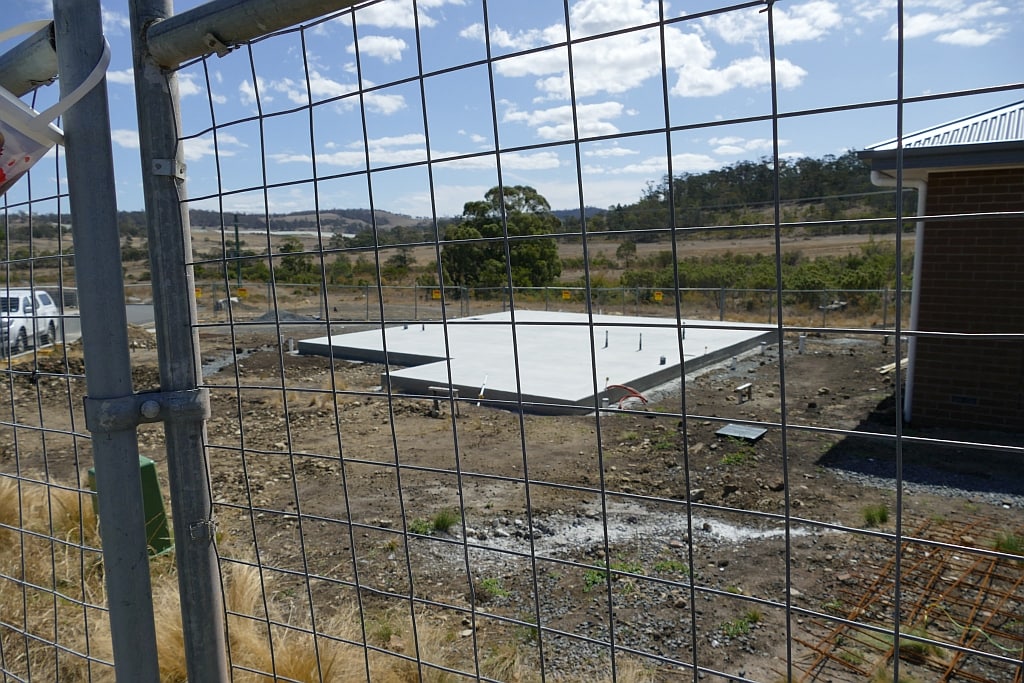 Shadow Treasurer David O’Byrne said even more concerning is that the figures come on the back of other alarming results for the state, and before the full economic effects of coronavirus have been felt.

“As well, Wage Price Index data released last month shows Tasmanian wages aren’t keeping up with the cost of living, job vacancies have fallen 14.5 per cent over the past year, and ABS data late last year showed business investment fell 31 per cent for the year – the worst in the nation.

“Peter Gutwein has trashed the budget and is sending Tasmania into more than $1 billion of debt.

“While on some measures the state is doing well, the benefits of relatively good economic times are clearly not being shared across our community.

“The role of government is not to be its own cheerleader but to pay attention to economic trends and get to work on solutions and action in response.

“The Premier himself has said the budget position sends an important signal to business about the health of the economy. He must immediately explain what he’s going to do to turn these alarming numbers around.”