California police have allegedly shot dead the half-brother of Robert Fuller, the 24-year-old black man who was last week found hanged from a tree sparking a federal investigation.

California police have allegedly shot dead the half-brother of Robert Fuller, the 24-year-old black man who was last week found hanged from a tree sparking a federal investigation. 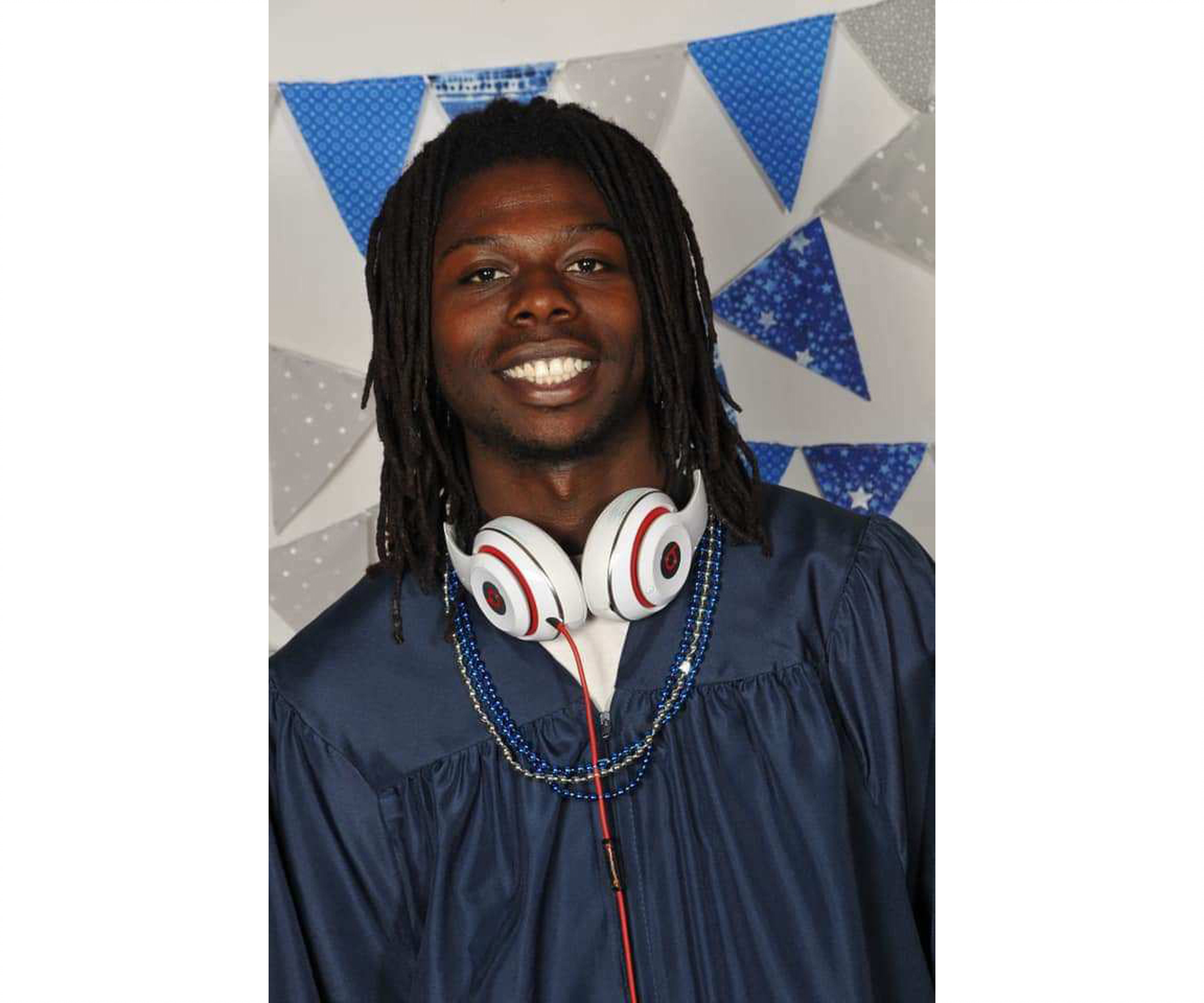 "This afternoon I had to notify the sisters of Robert Fuller that their half-brother Terron Jammal Boone was killed by Los Angeles County sheriff's deputies in Kern County," Jamon Hicks, an attorney for the family, said in a statement.

A public information officer for the Los Angeles County Sheriff's Department (LASD) was not able to provide details of the incident, which occurred shortly before 5pm local time on Wednesday in Rosamond.

"At this time, until we receive all of the information, the family and their legal team doesn't have any further comment on this incident. The family respectfully asks that their privacy be respected," said Hicks.

LASD detectives were at the scene to help in the investigation into the incident. Multiple independent investigations begin immediately at the scene whenever Los Angeles County Sheriff's deputies are involved in a shooting, the LASD said in a statement.

The Department of Justice and the FBI are reviewing Fuller's death, which was originally described as an "alleged suicide," as well as the hanging death of Malcom Harsch 10 days earlier and about 80 kilometres away in San Bernardino County. 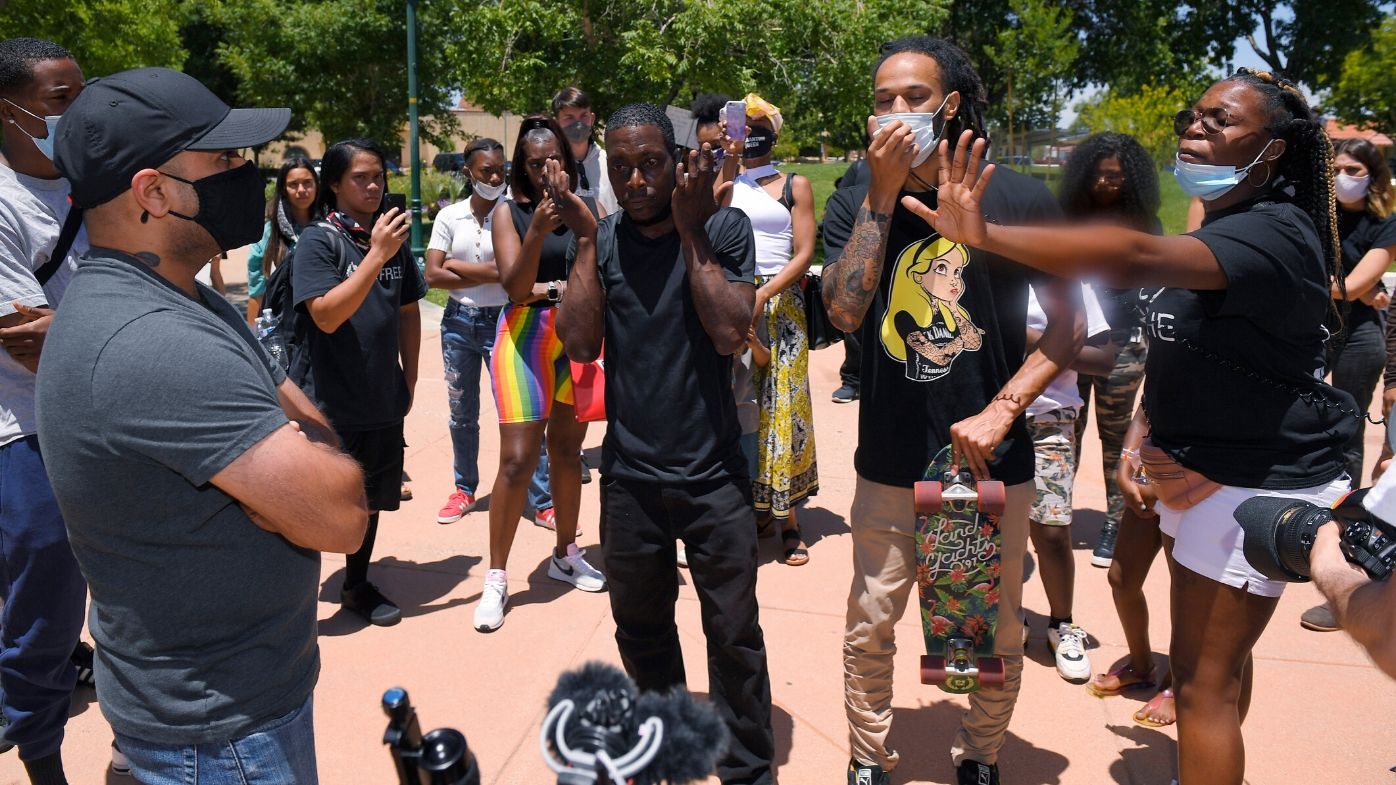 Fire department personnel responded to the scene of Fuller's death early on June 10, the Los Angeles County Sheriff's Department said in a statement.

Despite Fuller's death being consistent with suicide, officials "felt it prudent to roll that back and continue to look deeper," said Los Angeles County Medical Examiner Coroner Dr Jonathan Lucas. 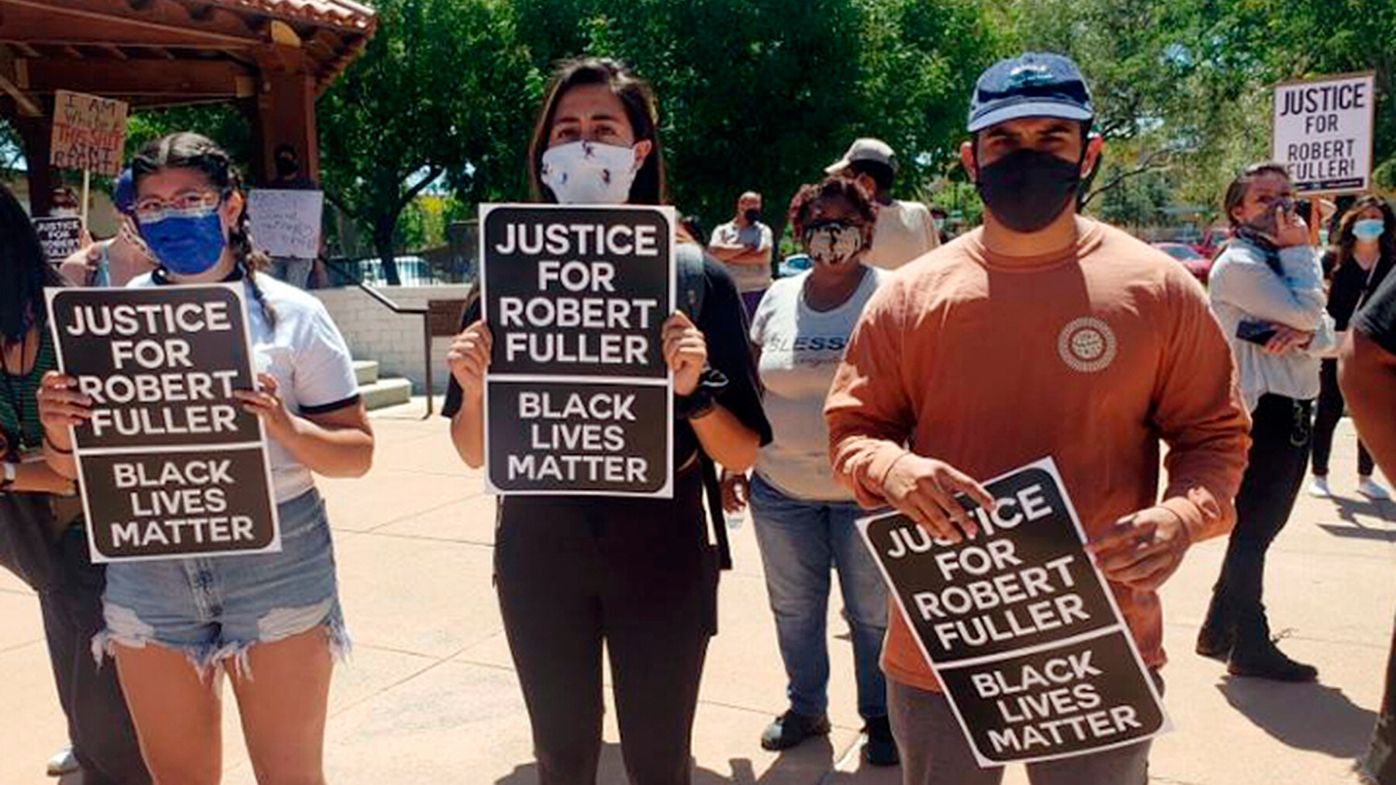 Nothing but the rope, the contents of Fuller's pockets and a backpack he was wearing were found on the scene, according to Los Angeles County Homicide Captain Kent Wegener.

Investigators are researching Fuller's medical history, looking for the witness who reported the hanging and searching for contacts in Arizona and Nevada.

They will also analyse Fuller's cell phone and are looking for neighbourhood surveillance video.

An autopsy was completed last Friday, but Fuller's family announced on Tuesday that they are seeking an independent investigation and autopsy to determine the cause of his death.

In the second incident, dispatchers in Victorville, received a call on the morning of May 31 from a woman saying her boyfriend, Harsch, hanged himself, according to a news release from the San Bernardino County Sheriff's Department. 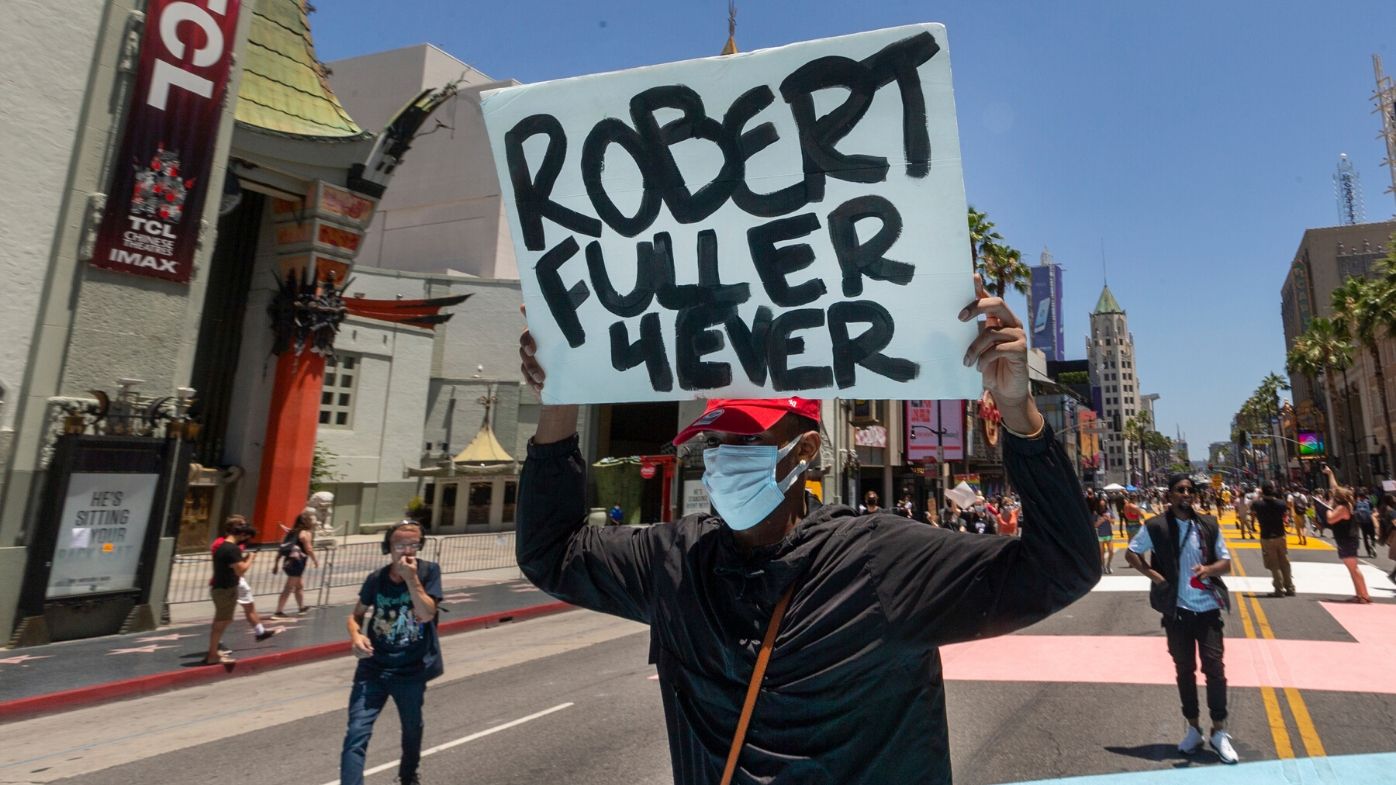 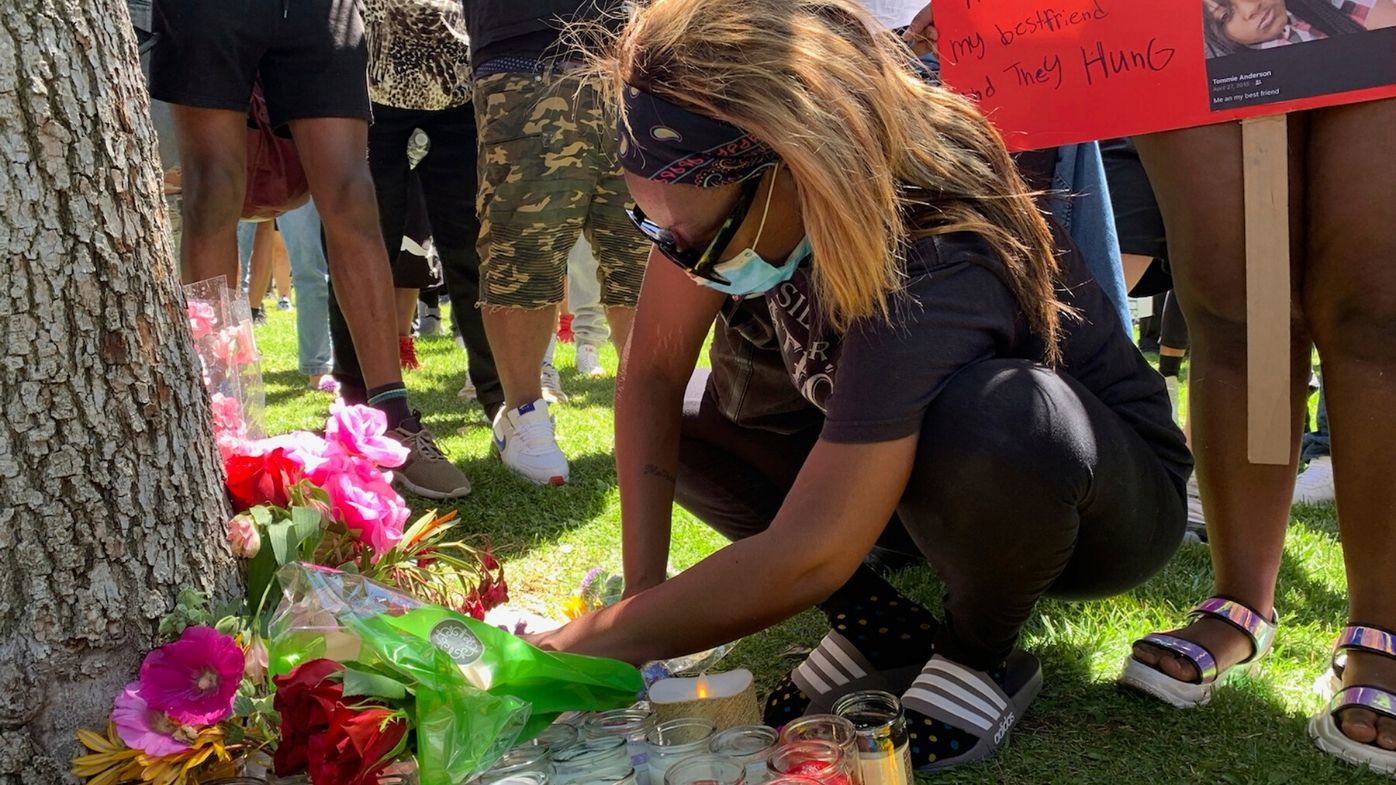 The release said Harsch was found at a homeless encampment. Investigators did not find any evidence of foul play.

An autopsy was conducted on June 12 and there are still no signs of foul play, the release said.

The forensic pathologist is waiting for toxicology results before assigning the cause and manner of death.