It’s the latest show of solidarity in a series of displays of unity across America, a country largely divided by race riots in the wake of George Floyd’s death.

In a powerful moment in Hollywood, a police officer knelt and asked for peace during a demonstration over the death of George Floyd.

LAPD commander Cory Palka walked up Sunset Boulevard in the middle of a peaceful rally, removed his helmet removed and took a megaphone.

"I think we can work together. I give you my heart more than by my badge," he said. 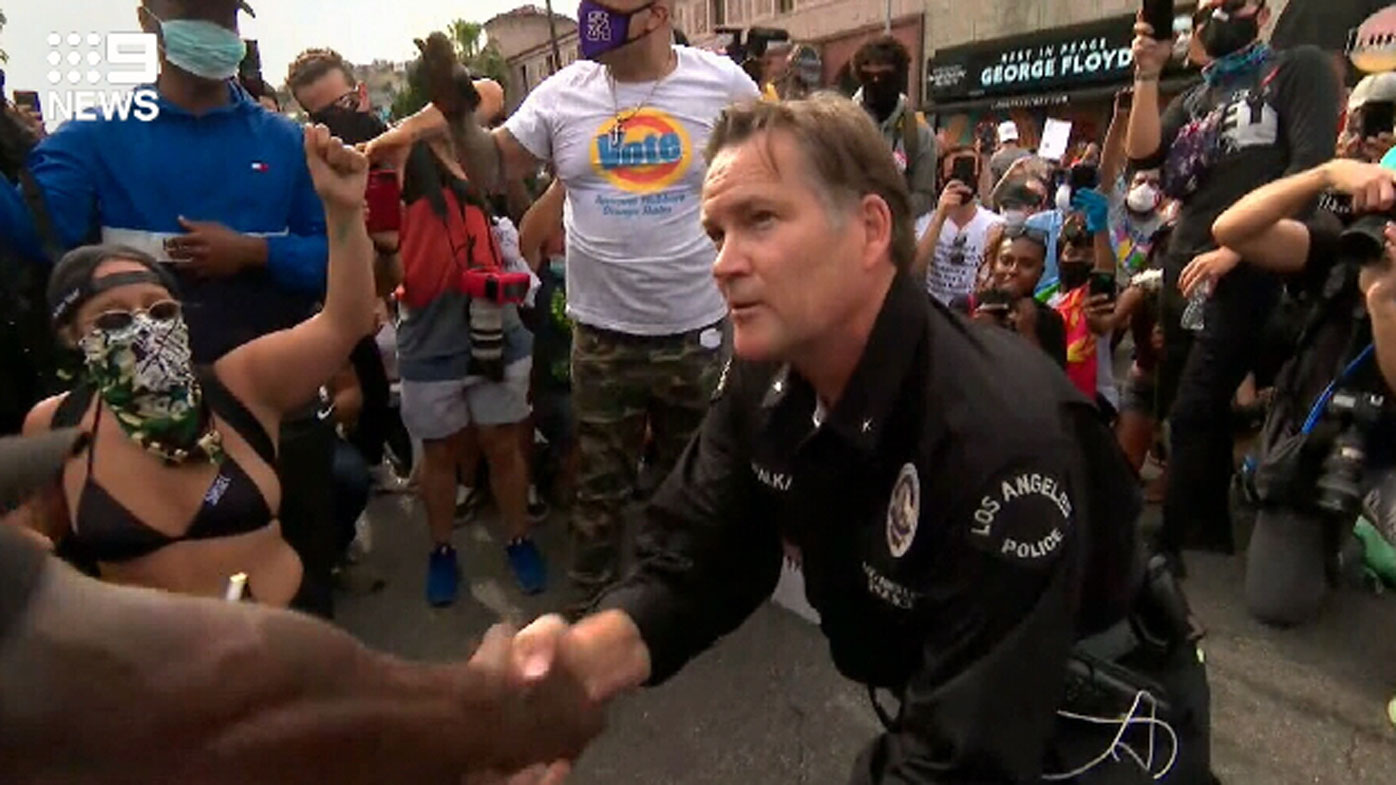 The officer said he needed protesters' help, and said wanted it to be peaceful, before joining the group in kneeling.

9News US correspondent Alexis Daish spoke to the commander moments after the emotional gesture.

"It was an opportunity to frontload," he said.

"The other day things got out of control quick. We lost our grasp early. 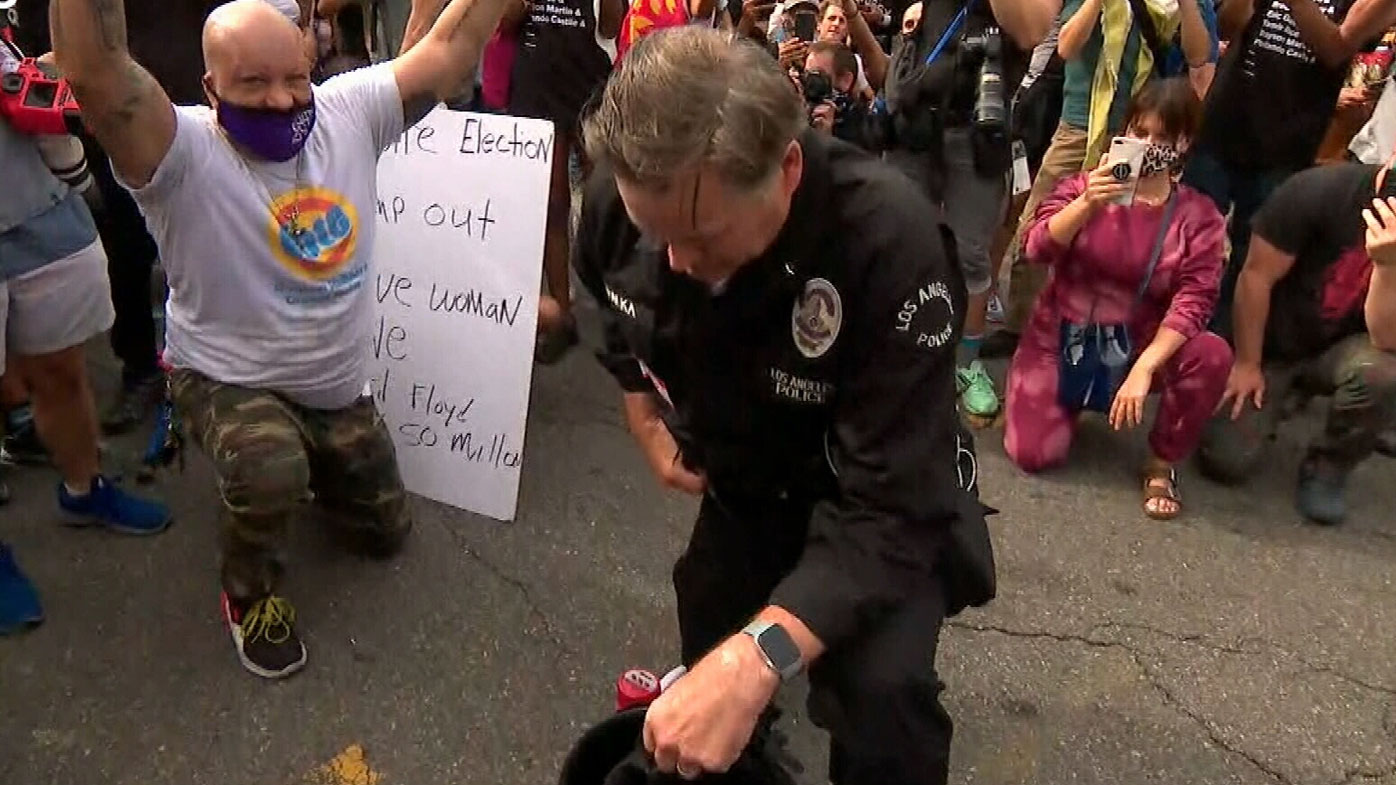 "This is an opportunity on the front end, make peace, make amends, share our personal emotion and hope it doesn't run to what happened on Saturday.

"This is heartbreaking for all of us."

It's the latest show of solidarity in a series of displays of unity across America, a country largely divided by race riots in the wake of Mr Floyd's death.

In Oklahoma, heavily armed sheriff's deputies stationed outside the county jail knelt in front of protesters. 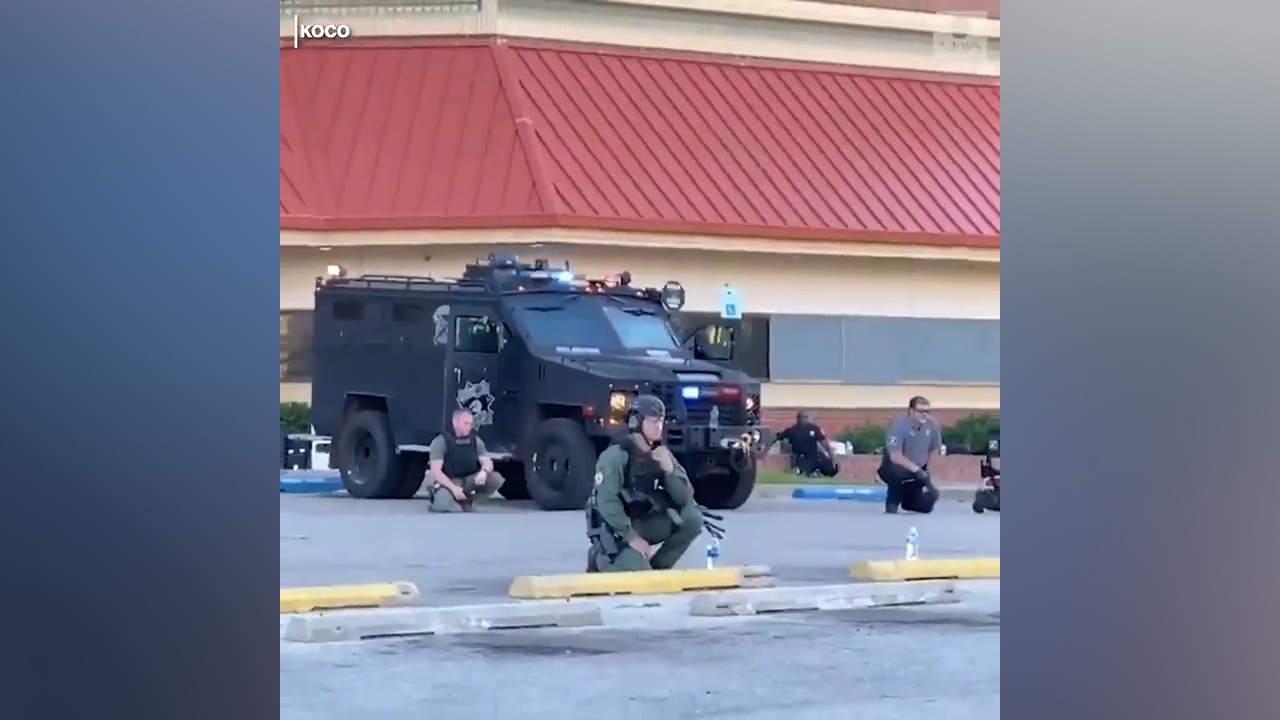 They then walked towards the crowds where one officer was met by a black man, who shook his hand. The police then approached the rest of the group, spending time talking with them and hugging each other.

Photos from a peaceful Black Lives Matter rally were then shared to the Oklahoma City Police department's Twitter page along with the caption, "some great moments yesterday".

In Maine, a police officer and a black protester knelt arm-in-arm in front of the Lewiston police station following the end of a rally.

READ:  Behind the data linking COVID-19 with diabetes 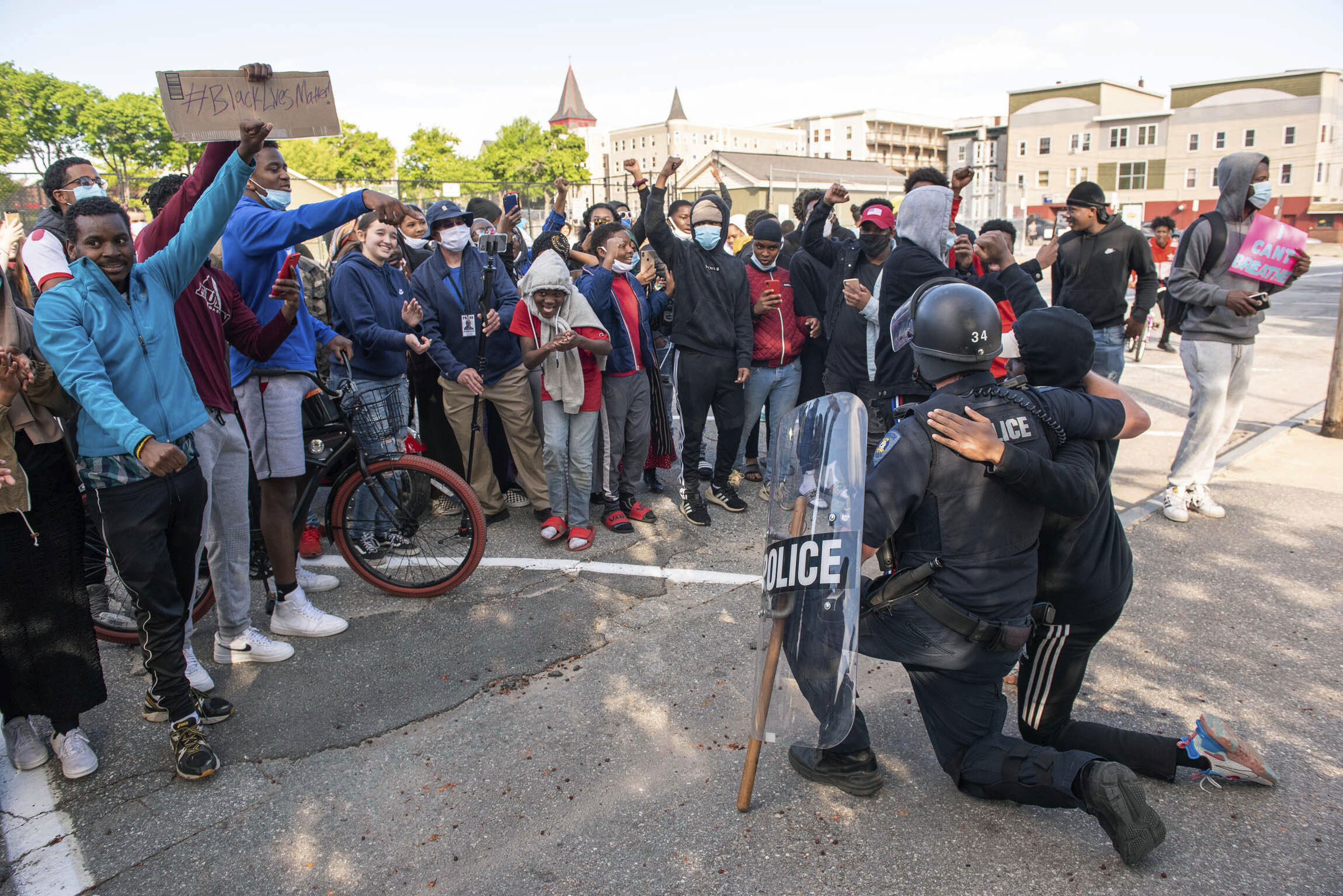 Several groups of police officers dressed in riot gear got down on their knees during a demonstration in Atlanta, ahead of large crowds of protesters. 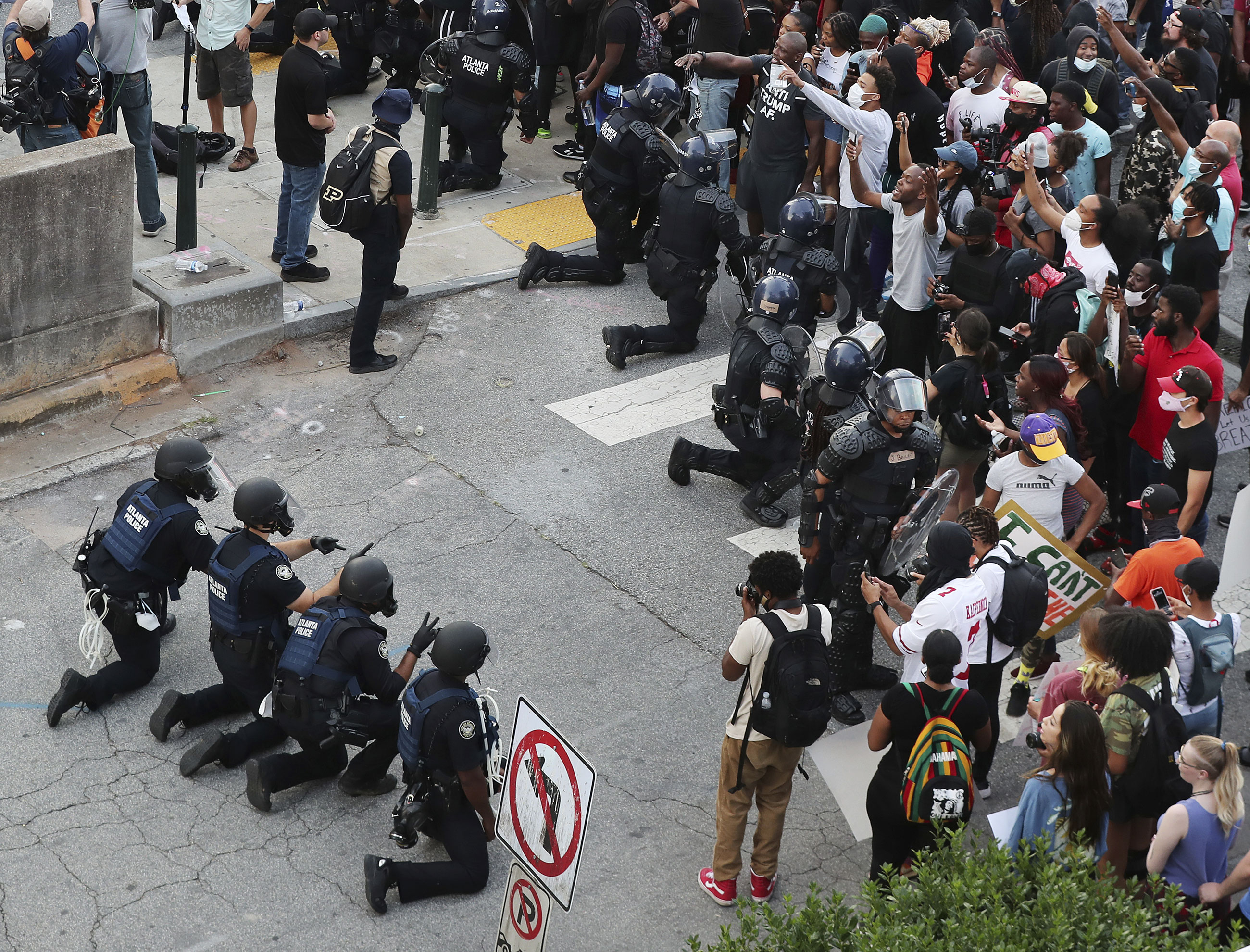 Outside the Philadelphia Police headquarters, Deputy Commissioner Melvin Singleton knelt and asked his colleagues to do the same during a march calling for justice. 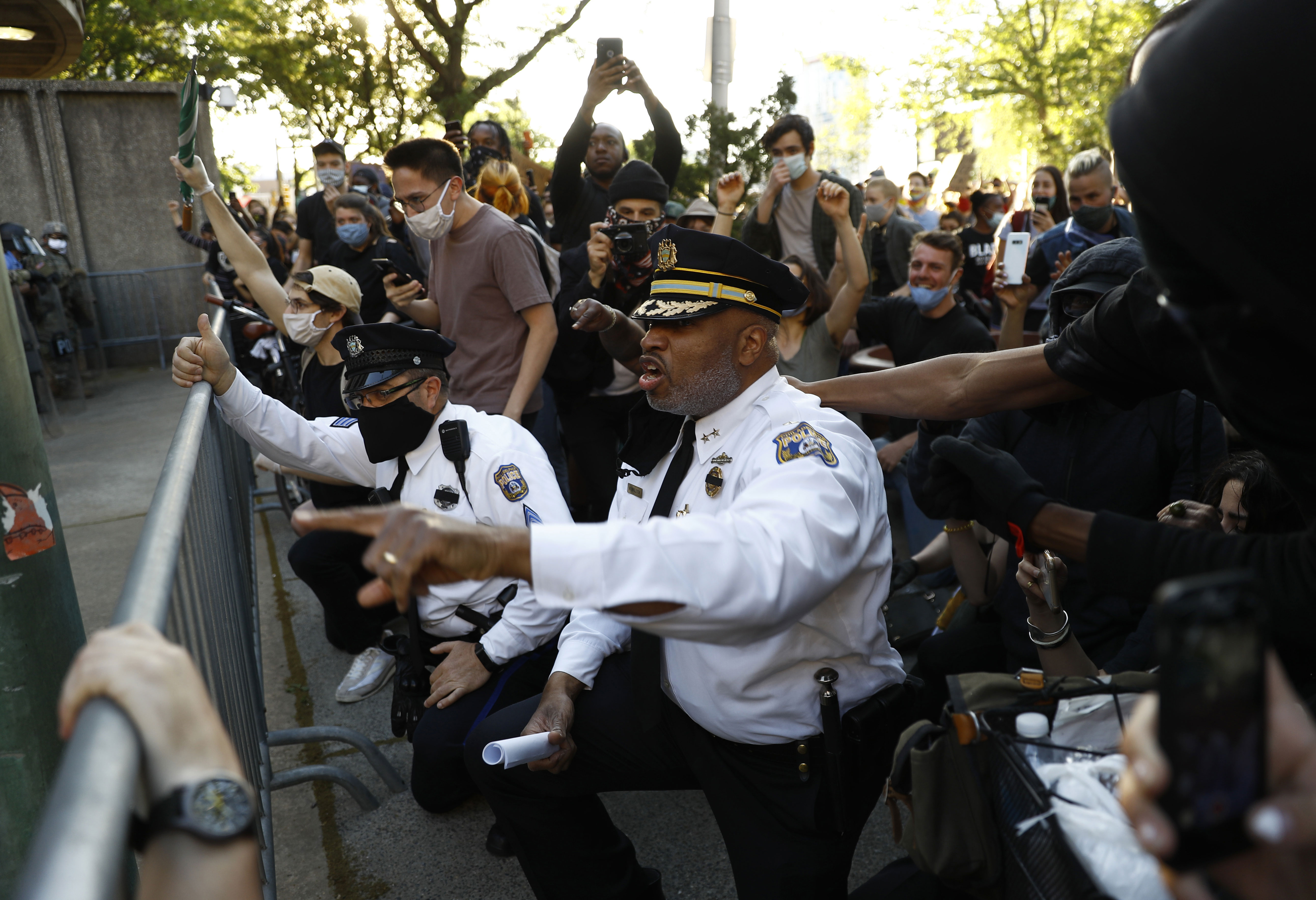 In Connecticut, US Army veteran David Walker knelt beside a State Trooper during a march despite admitting he was fearful to do so.

"[But] as a veteran, kneeling is a sign of respect, that's what we do."

During protests outside of the White House yesterday, a Secret Service officer momentarily knelt down on his knee to the surprise of crowds gathered on the lawn. 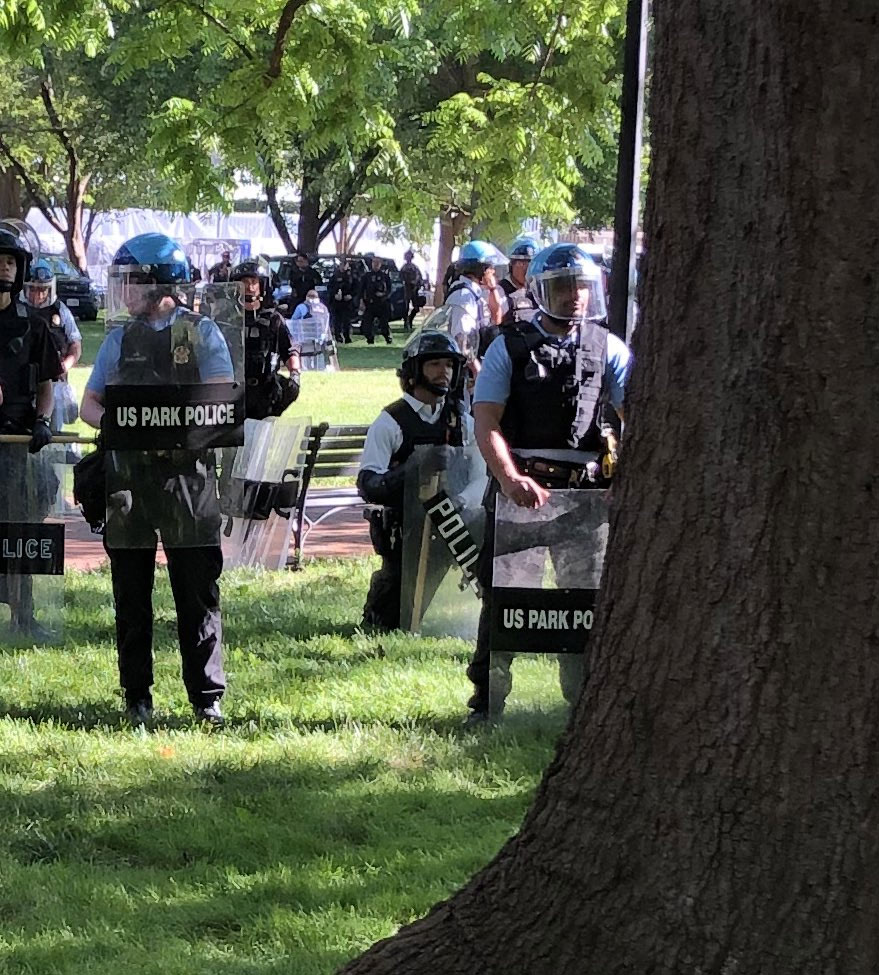 And in Louisville, Kentucky, there was a highly-charged moment between a black woman and a white officer after a tense stand-off.

Police had blocked off large sections of a street to stop demonstrators getting through but the protesters then decided to kneel.

The police, dressed in riot gear, then knelt in solidarity with the crowd before eventually deciding to let them pass.

But to the shock of everyone there, a black woman then approached a white officer and embraced him in a hug, which lasted nearly a minute.