He drew on his decades as the oil-rich nation’s top diplomat to push for closer ties to Iraq after the 1990 Gulf War and solutions to other regional crises.

Sheikh Sabah Al Ahmad Al Sabah, the ruler of Kuwait who drew on his decades as the oil-rich nation's top diplomat to push for closer ties to Iraq after the 1990 Gulf War and solutions to other regional crises, died on Tuesday. He was 91.

In a Middle East replete with elderly rulers, Sheikh Sabah stood out for his efforts at pushing for diplomacy to resolve a bitter dispute between Qatar and other Arab nations that continues to this day.

His 2006 ascension in Kuwait, a staunch US ally since the American-led war that expelled occupying Iraqi troops, came after parliament voted unanimously to oust his predecessor, the ailing Sheikh Saad Al Abdullah Al Sabah, just nine days into his rule.

Yet as Kuwait's ruling emir, he struggled with internal political disputes, the fallout of the 2011 Arab Spring protests and seesawing crude oil prices that chewed into a national budget providing cradle-to-grave subsidies.

"He represents the older generation of Gulf leaders who valued discretion and moderation and the importance of personal ties amongst fellow monarchs," said Kristin Diwan, a senior resident scholar at the Arab Gulf States Institute in Washington who studies Kuwait.

"No question he has suffered from the lack of deference and respect shown by the younger and more brash young princes holding power today." 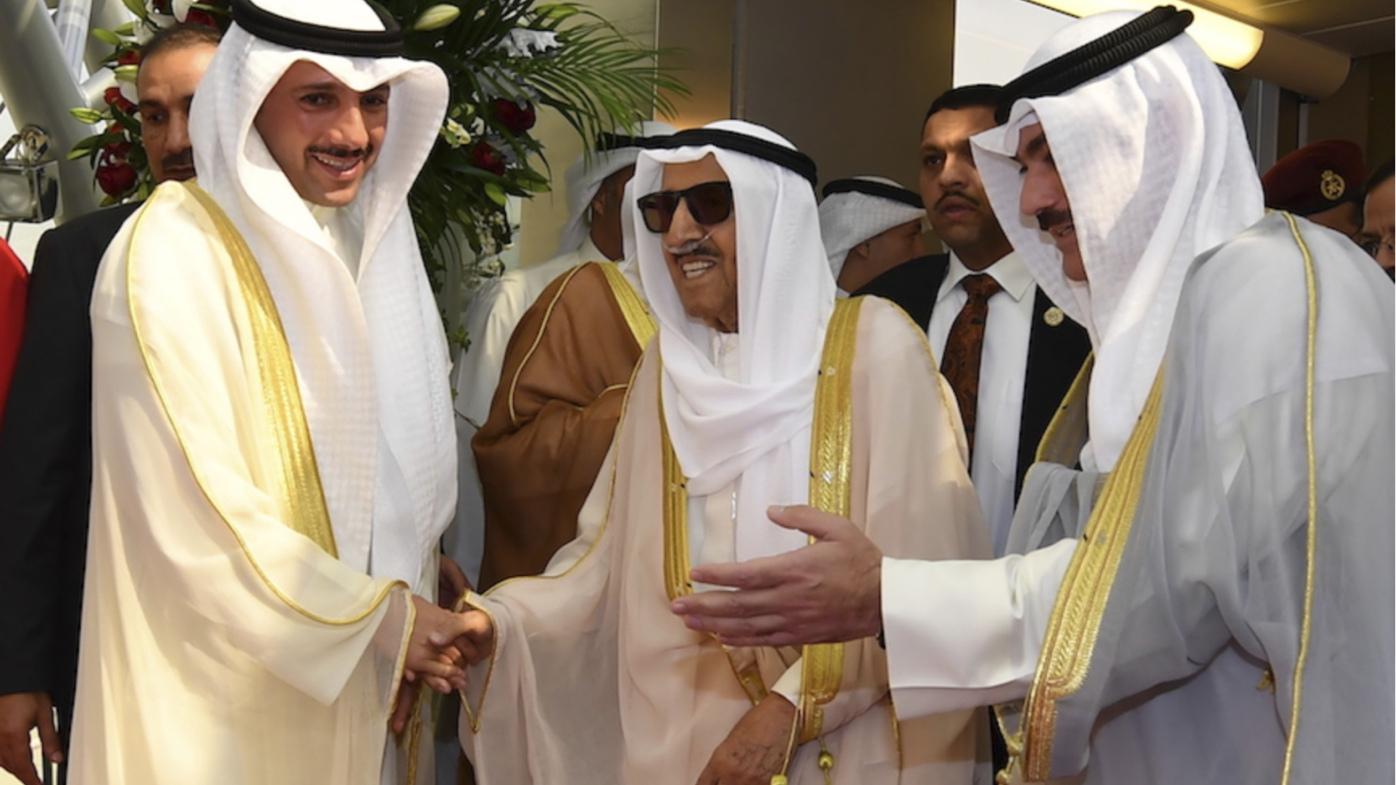 "With great sadness and sorrow, the Kuwaiti people, the Arab and Islamic nations, and the friendly peoples of the world mourn the death of the late His Highness Sheikh Sabah Al Ahmad Al Jaber Al Sabah, emir of the state of Kuwait who moved to the realm of the Lord," an Emiri official said, without offering a cause of death.

Sheikh Sabah is expected to be succeeded by his half brother, the crown prince Sheikh Nawaf Al Ahmad Al Sabah.

The high regard for Sheikh Sabah could be seen in the outpouring of support for him across the Mideast as he suddenly fell ill in July 2020, leading to a quick hospitalisation and surgery in Kuwait City amid the ongoing coronavirus pandemic. Authorities did not say what ailed him.

A US Air Force C-17 flying hospital then transported Sheikh Sabah from Kuwait to Rochester, Minnesota, home of the flagship campus of the Mayo Clinic — an extraordinary gesture by the American government for a foreign head of state.

Sheikh Sabah's life spanned two very different Kuwaits. He was born June 16, 1929, just as the country's pearl-diving industry would collapse. Within the decade, Kuwait would strike oil. Engineers would eventually confirm that the tiny country, slightly smaller than the US state of New Jersey, had the world's sixth-largest known oil reserves.

Sheikh Sabah became Kuwait's foreign minister in 1963 after holding a number of other governmental posts. He would remain in that position for four decades, making him one of the world's longest-serving foreign ministers.

His country's greatest crisis came in 1990, when Iraqi dictator Saddam Hussein invaded Kuwait and occupied the nation for seven months. Fleeing with other Kuwaiti officials to neighbouring Saudi Arabia, Sheikh Sabah collapsed and lost consciousness at one particularly stormy meeting of Arab leaders.

On February 24, 1991, US troops and their allies stormed into Kuwait. It ended 100 hours later. America suffered only 148 combat deaths during the whole campaign, while over 20,000 Iraqi soldiers were killed.

Read more: The longest war: Journalists, politicians and army veterans look back on our 25 years in the Middle East and the rise of the Islamic State

Even before the US entered Kuwait, Sheikh Sabah and others began suggesting a permanent American presence in the region might provide them protection from Iraq and others.

"One learns from the past and learns about it for the future," Sheikh Sabah reportedly said. "One has to consider arrangements that would make not only my country stable but make the whole area stable." 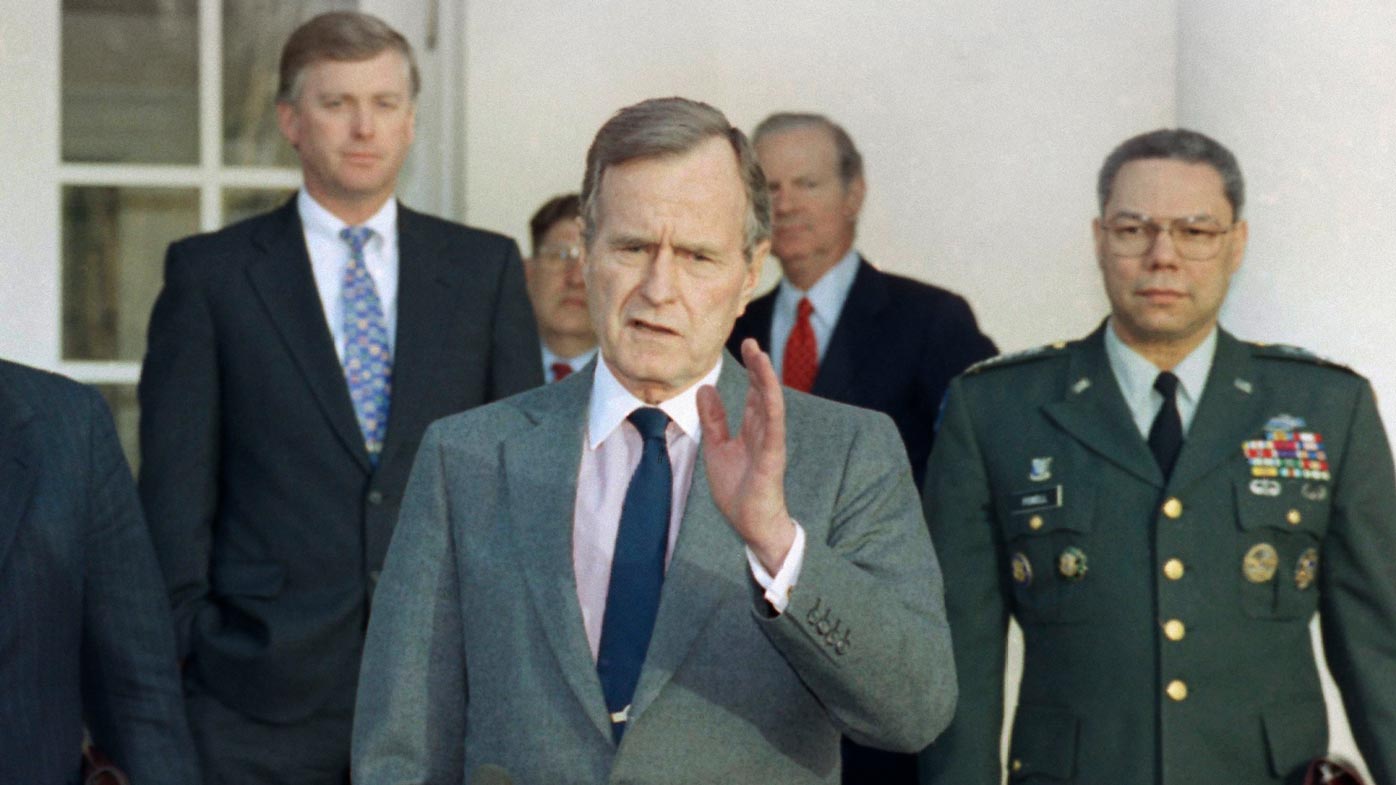 Today, Kuwait hosts some 13,500 American troops, many at Camp Arifjan south of Kuwait City, which is also home to the forward command of US Army Central.

In 2003, his half brother and Kuwait's then-emir, Sheikh Jaber Al Ahmad Al Sabah, named Sheikh Sabah as the country's prime minister. Although the move kept members of the Al Sabah family firmly in control of Kuwait, it was seen as a modest step toward reform as it marked the first time that the roles of prime minister and crown prince — the next in line to the throne — were split.

It also formalised Sheikh Sabah's role in running the daily affairs of the country — a responsibility he had increasingly assumed while the former prime minister, Sheikh Saad, struggled with health problems.

Despite those health problems, Sheikh Saad took power in 2006 after the death of Sheikh Jaber. Concerns mounted during his brief reign as he was seen in public only in a wheelchair and did not speak.

Parliament ended up voting 64-0 to have Sheikh Sabah become emir, following a similar Cabinet decision. Sheikh Saad then submitted a letter of resignation. The vote, while largely symbolic, marked a small victory for democracy among the autocratic Gulf Arab states. It was the first time in Kuwait's history that the legislature had a role in choosing the emir.

"Sheikh Sabah proved a savvy player of the internal politics of the ruling family," Diwan said.

Domestically, Sheikh Sabah faced the challenge of falling oil prices in recent years. He dissolved parliament several times as lawmakers kept questioning appointed government ministers, some of them members of his extended family.

As the 2011 Arab Spring swept the region, Sheikh Sabah ordered 1000 dinar ($4586) grants and free food coupons for every Kuwaiti. But allegations swirled at the time that some lawmakers had been bribed US$350 million ($491.5 million) by the government to sway their votes, along with rumours that they were involved in embezzling state funds. 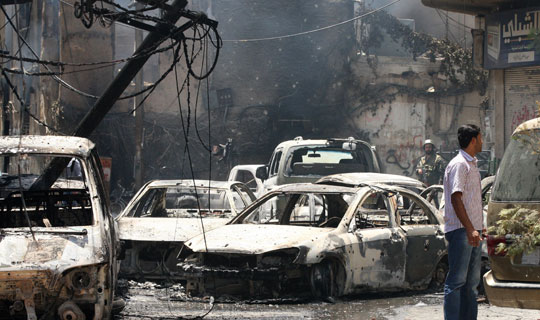 Internationally, Sheikh Sabah embraced Iraq after the US-led 2003 invasion that toppled Saddam. He twice visited the country and helped Iraq and Kuwait reach a US$500 million ($700 million) deal in 2012 to settle a long-running legal dispute between their state airlines over allegations of large-scale theft by Saddam.

The emir also hosted a summit in 2018 that saw $30 billion ($42 billion) pledged to help rebuild Iraq after the war against the Islamic State group. That's even as Iraq still owes Kuwait reparations from Saddam's 1990 invasion.

Sheikh Sabah also played a role in raising aid funds for Syrians suffering as a result of that country's civil war, hosting international donor conferences in 2013 and 2014, and pledging hundreds of millions of dollars of Kuwaiti wealth.

One of his greatest challenges as a diplomat, however, came with the boycott of Qatar by four Arab nations that began in 2017. Sheikh Sabah positioned himself as a mediator for the political dispute, which he warned in a White House appearance in 2017 could have led to an armed conflict.

"Thank God, now, what is important is that we have stopped any military action," Sheikh Sabah said.

Read more: Two Gulf nations recognised Israel at the White House. Here's what's in it for all sides

Those mediation efforts have yet to resolve the crisis, but he did manage to get Qatar's prime minister to shake hands on live television with Saudi King Salman at a 2019 meeting in Mecca.

"We believe that wisdom will prevail," Sheikh Sabah once said.

A longtime widower, Sheikh Sabah lived for years in a palace known as Dar Salwa, which was named after his daughter Salwa, who died of cancer in 2002. He is survived by two sons.