Sydney’s M5 tunnel is at any time a transport furrow pulsing with trucks and cars. It is certainly no place for a kitten.

Sydney's M5 tunnel is at any time a transport furrow pulsing with trucks and cars. It is certainly no place for a kitten.

But earlier this month, late in the evening, when traffic races through the tollway, control staff conducting a regular close circuit camera scan of the tunnel would quickly spot a small, furry drama against the concrete barricade, in a breakdown area called Cross Passage 29.

"It was around 11 o'clock, when the traffic control centre noticed a very small kitten, and called our incident response team to come and assist," says Peter Redwin, the head of maintenance and operations for Westconnex, which operates the M5. 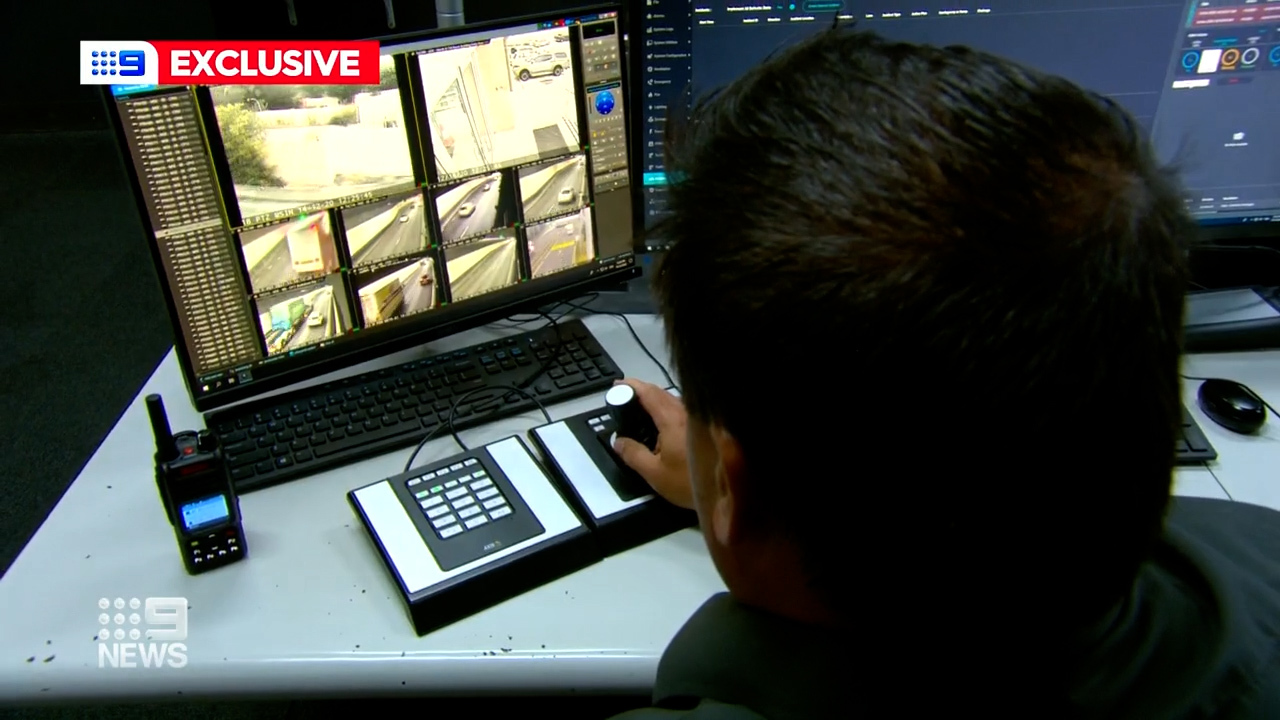 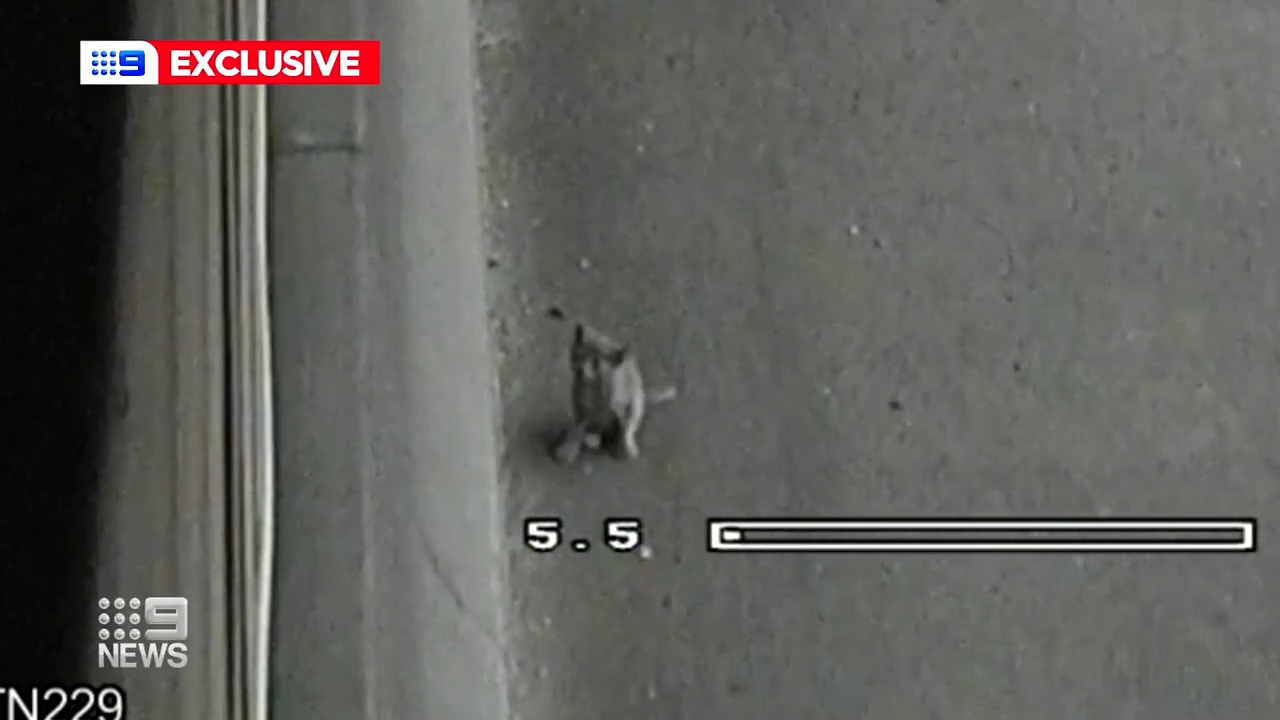 As the message was disseminated, the small, grey protagonist could be observed on the monitors trying to work out how she got there, gingerly trying to find her way out. But the roar of a passing B-Double noticeably filled the small cat's ears and she cowered, curling into a small ball at the wall's edge.

Salvation, however, was on the way. Among the three-man team in the incident response vehicle that took the call was Christian Duffy.

"At first, one of the boys jumped out to try and get her, but she wasn't having that," Mr Duffy tells 9News. Vision from the night shows the kitten easily eluding her angel in fluro, running from the truck — and closer toward the unrelenting thoroughfare.

"The first attempt wasn't real good, but we don't give up," says the head of operations. The crew quickly repositioned upstream for a second attempt. This time, it took all three members to secure safe custody of the kitten.

READ:  How one man escaped from top of World Trade Center 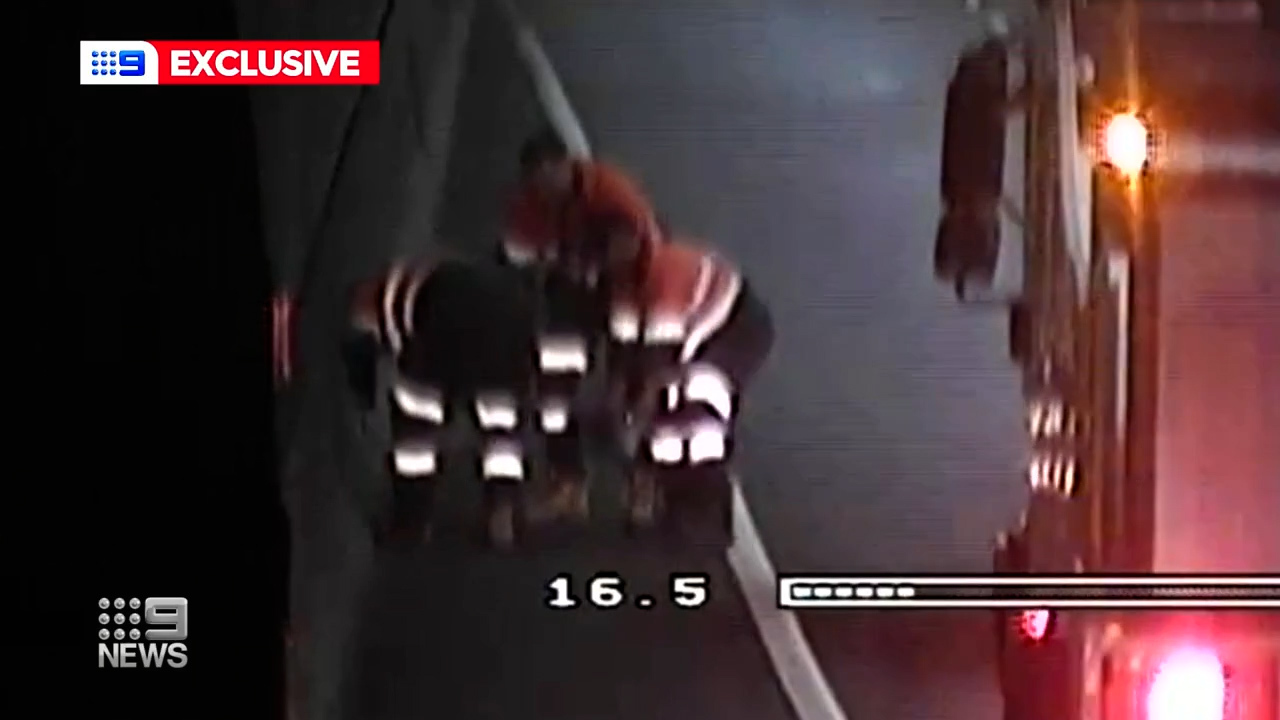 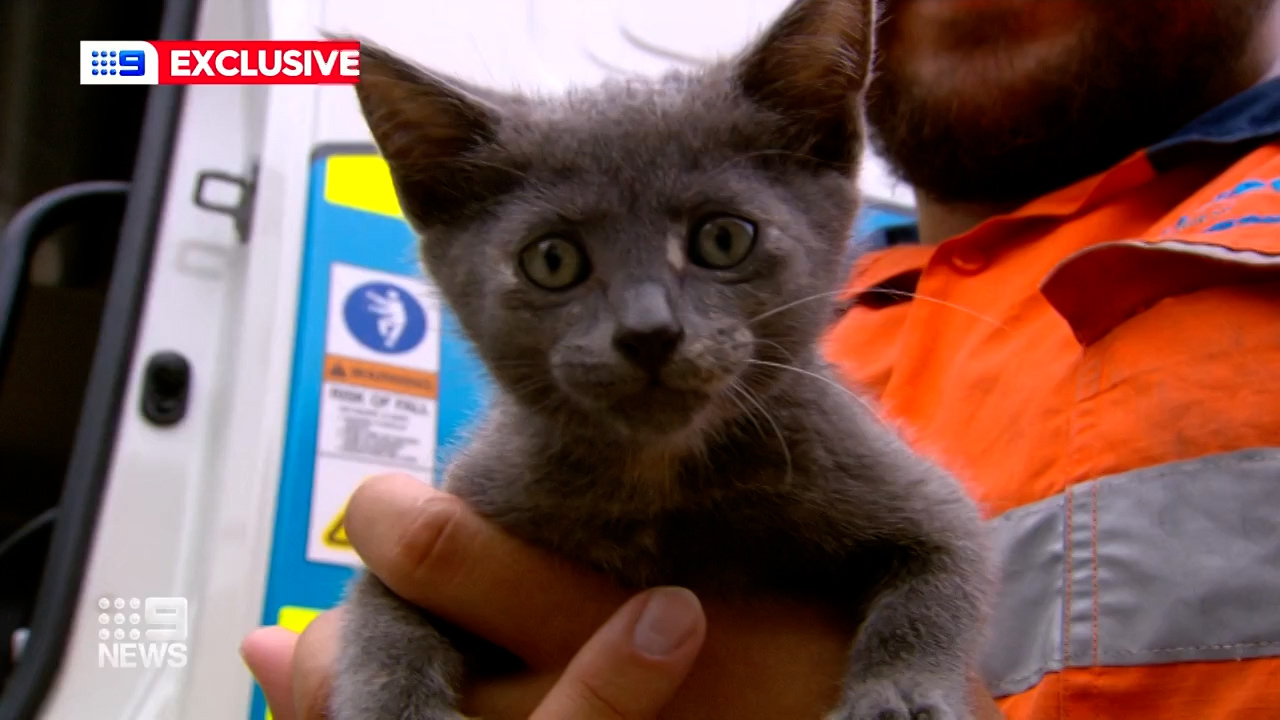 "No, she wasn't aggressive at all, just very scared," Mr Duffy says. "She was just scared and she wanted somewhere a bit comfy, and she felt comfy with me." The kitten settles in quickly to his sternum, as if to prove his point, as he cradles her in his hands.

Lucky East, as Mr Duffy christened her — after the slice of transport infrastructure in which she was found — found a home with him and girlfriend Holly. "We've been wanting an animal for a while, so… " Mr Duffy says.

"The universe must have been listening," I note. 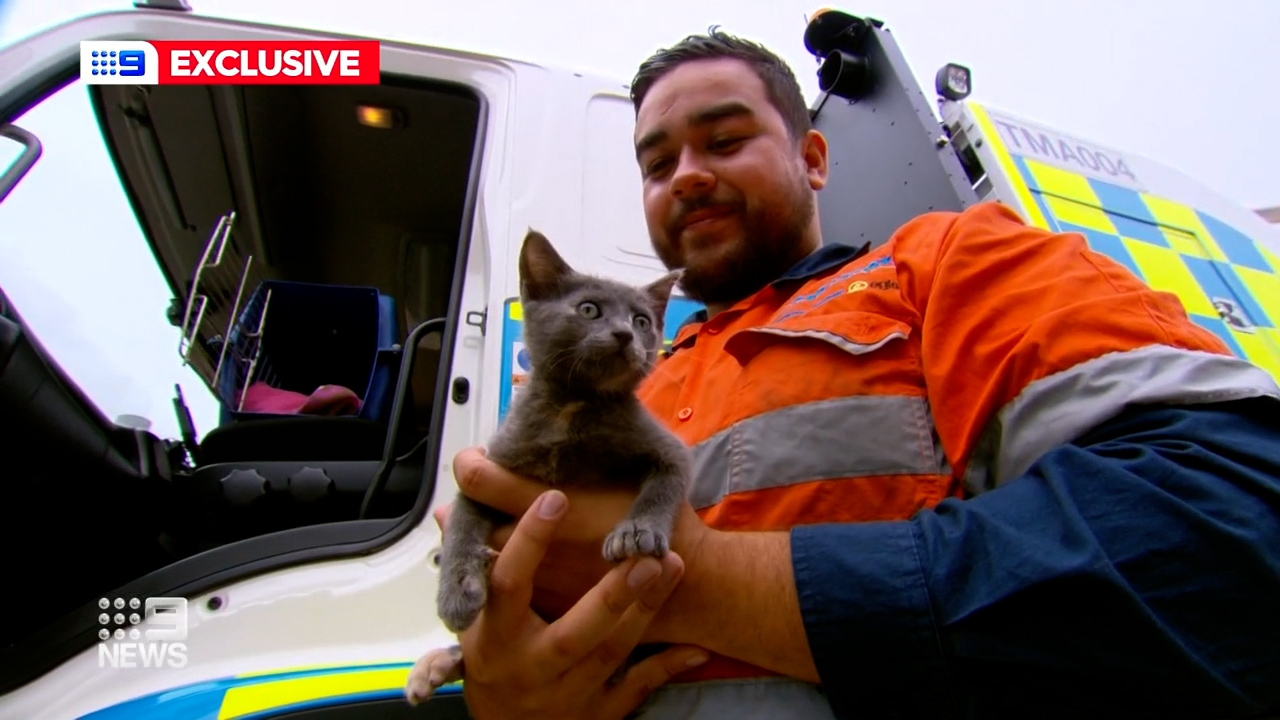 Mr Duffy's boss credits the rescue to a team effort: the eyes in the sky and the wheels on the ground. "A wonderful job that they do, keeping an eye on all of our motorists, and animals, at all times," he says.

"I was about to say all creatures great and small, mate" I add.