The elusive ruler was pictured at the Politburo of North Korea's ruling Workers' Party.

In a video released by state news agency KCNA, Mr Kim appeared to socially-distance himself from colleagues at the round table meeting in Pyongyang, attended by veteran aides Choe Ryong Hae and Pak Pong Ju. 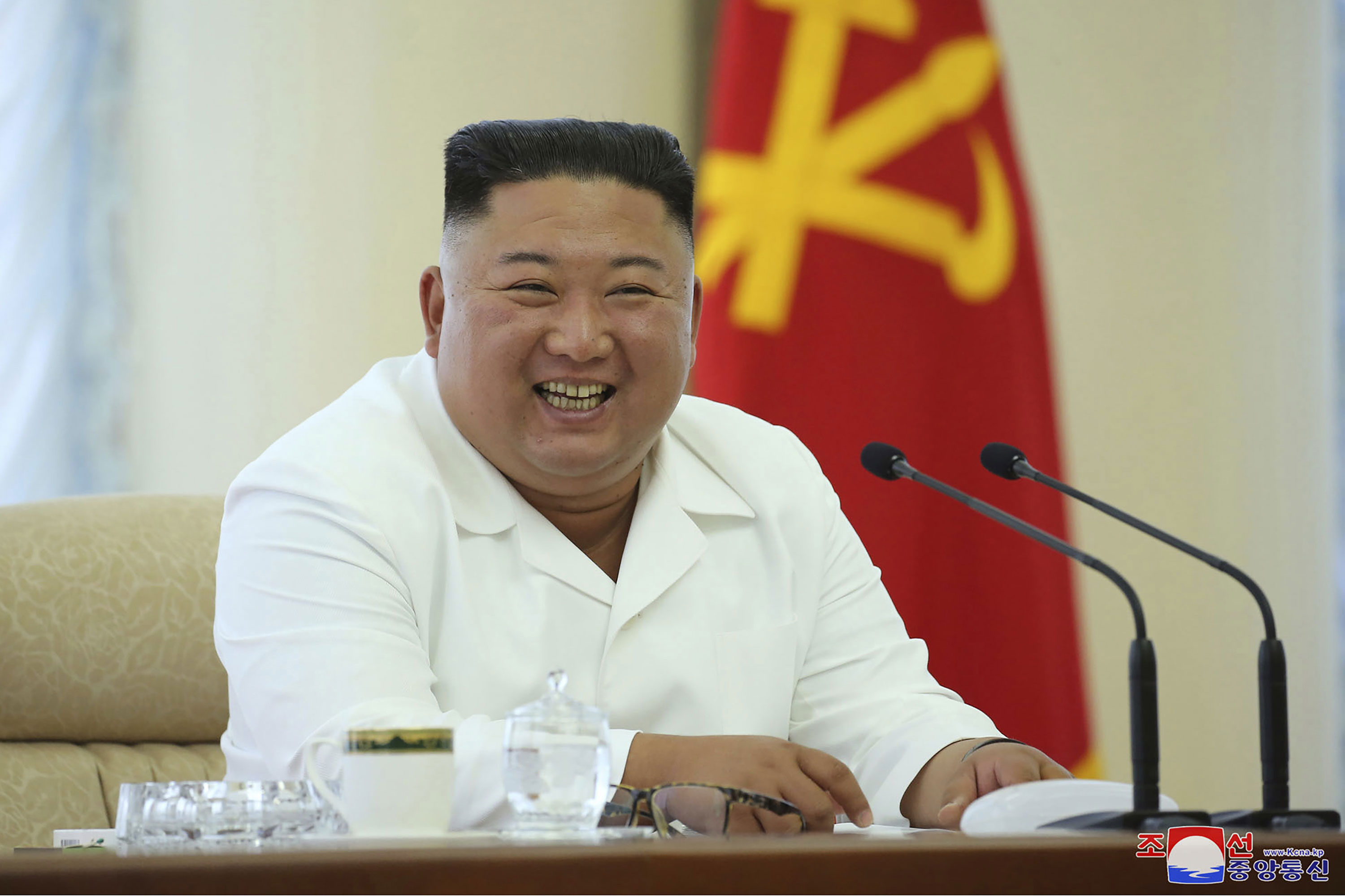 He sat at nearly two metres from his colleagues who were all bunched close together. None were wearing masks.

The COVID-19 pandemic was not mentioned in the state media report about the meeting.

Instead, "the meeting discussed in depth some crucial issues arising in further developing the self-sufficient economy of the country and improving the standard of people's living".

The meeting repeatedly stressed that the chemical industry was "a major thrust front of the national economy", it said. 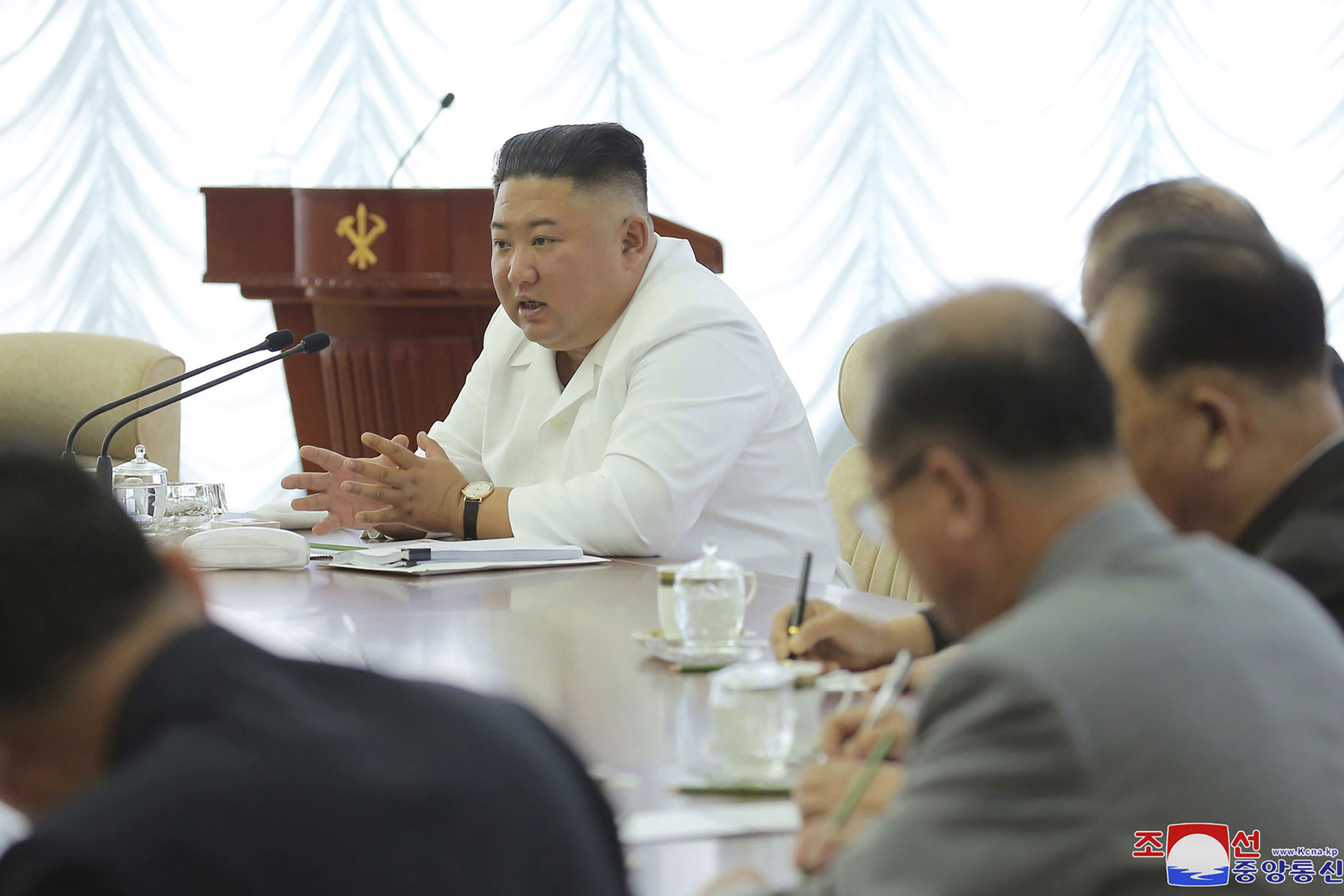 North Korea claims there have been no cases of coronavirus, but South Korea's main intelligence agency has said an outbreak in the country cannot be ruled out.

The meeting comes just weeks after Mr Kim visited the opening of a fertiliser plant north of the capital on May 1.

That visit was his first appearance since disappearing from public view on April 11, leading many to speculate Mr Kim was seriously ill following surgery.

Questions begun to be asked when the North Korean dictator missed the anniversary of the birth of his grandfather, Kim Il Sung on April 15.