Quelling years of rumors that she was purged or executed by her nephew.

North Korean leader Kim Jong Un's aunt made her first public appearance in about six years, state media reported Sunday, quelling years of rumours that she was purged or executed by her nephew after helping him inherit power from his father.

According to a Korean Central News Agency dispatch, the name of Kim Kyong Hui was included in a list of top North Korean officials who watched a performance marking Lunar New Year's Day with Kim Jong Un at a Pyongyang theatre on Saturday. 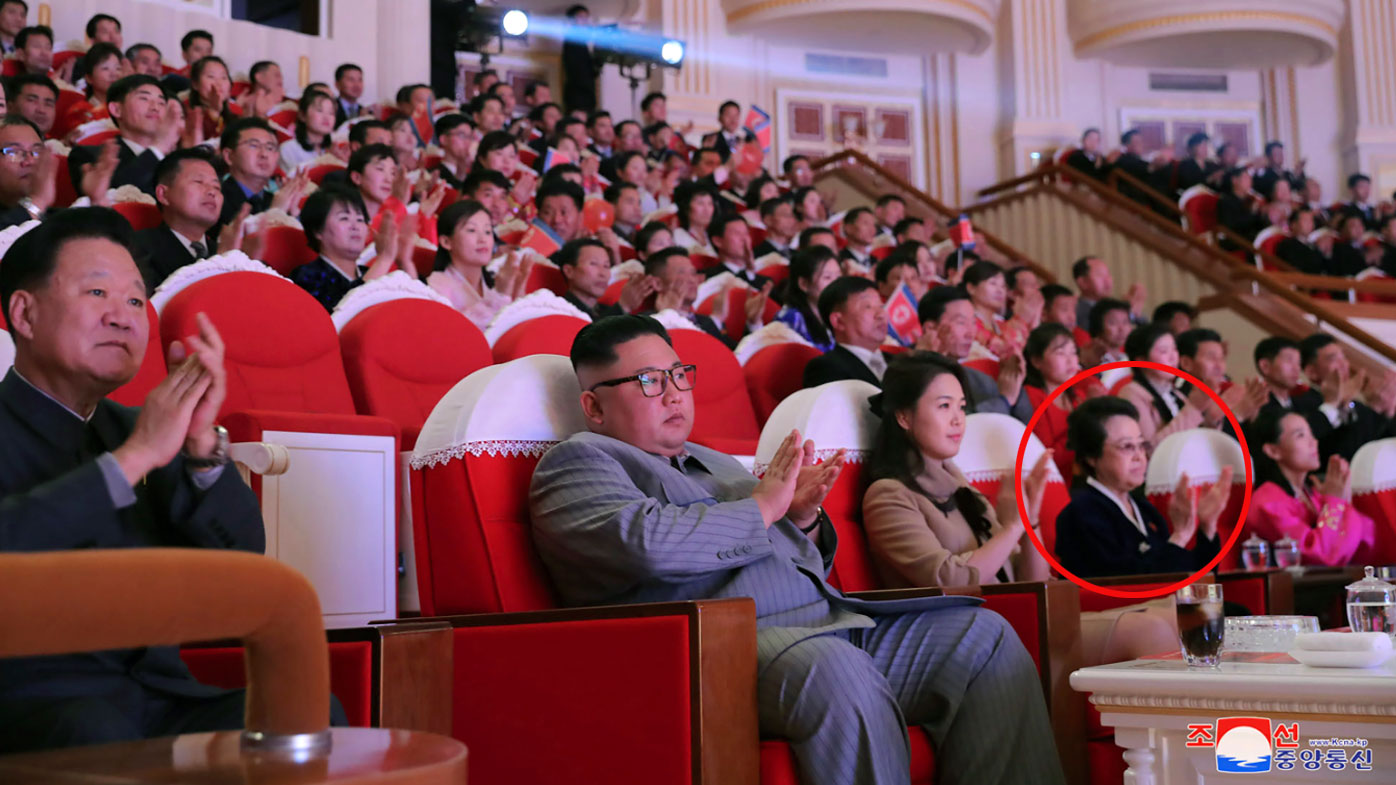 Kim Kyong Hui, 73, was once an influential figure in North Korea as the only sister of late North Korean leader Kim Jong Il, the father of Kim Jong Un. She had initially kept a low profile during the early part of her brother's rule, but Kim Kyong Hui later frequently accompanied him on his inspection trips after he suffered a stroke in 2008.

While taking up many top posts such as a four-star army general and a member of the powerful Politburo, she was also believed to have played a key role in grooming Kim Jong Un as the next leader. Kim Jong Un eventually took power after his father died of a heart attack in late 2011, in the North's second father-to-son power transfer.

Kim Kyong Hui's fate had been in doubt after Kim Jong Un had her husband and the North's No. 2 official, Jang Song Thaek, executed for treason and corruption in December 2013. His death was reported by the North and remains the most significant in a series of executions or purges that Kim Jong Un has engineered in what outside experts believe were attempts to remove potential rivals and cement his grip on power.

Days after Jang's execution, Kim Kyong Hui's name was mentioned in a KCNA dispatch as a member of a funeral committee for another top official. But she missed a state ceremony commemorating the second anniversary of Kim Jong Il's death days later. Her name had since never been mentioned in North Korean state media until Sunday's KCNA report.

Some North Korea monitoring groups in Seoul and foreign media outlets had speculated Kim Jong Un had his aunt executed or purged, or she died of health problems. Outside experts said Kim Kyong Hui had long suffered from liver and heart problems and high blood pressure.

It's extremely difficult to track developments in North Korea, the world's most closed country. Supposedly executed officials have later appeared on the North's state TV. Even South Korea's spy agency has had a mixed record on figuring out what's going across the border, but it previously dismissed speculation on Kim Kyong Hui's possible execution and said she was receiving medical treatment.

Cheong, however, predicted that Kim Kyong Hui won't likely regain her political influence as she now has no position in the Politburo, which has already been filled with new figures.

Since Kim Jong Un's grandfather Kim Il Sung established the North Korean government in 1948, his family has carried on the veneration of royal blood, making the Kims the subject of an intense personality cult.

READ:  'We are terrified': Violent protests over US police shooting of Jacob Blake