It’s a tale of two statements. Kensington Palace on Tuesday issued a rare rebuttal to a new Tatler cover story on Kate Middleton that uses inside sources to detail apparent royal discord between the Cambridges and the Sussexes.&ldq…

It’s a tale of two statements.

Kensington Palace on Tuesday issued a rare rebuttal to a new Tatler cover story on Kate Middleton that uses inside sources to detail apparent royal discord between the Cambridges and the Sussexes.

“This story a swathe of inaccuracies and false misrepresentations which were not put to Kensington Palace prior to publication,” a palace spokesperson said. The palace did not immediately respond to HuffPost’s request for further comment regarding which stories or statements in the piece it believes are false.

Tatler stood by the article, slated for the British society magazine’s July/August issue, in its own statement obtained by Entertainment Tonight.

“Tatler’s Editor-in-Chief Richard Dennen stands behind the reporting of Anna Pasternak and her sources,” said a spokesperson for the publication. “Kensington Palace knew we were running the ‘Catherine the Great’ cover months ago and we asked them to work together on it. The fact they are denying they ever knew is categorically false.”

In the piece, Tatler says it spoke with royal courtiers, friends close to Kate, and palace staff ― all of whom are anonymous in the piece ― to delve into the relationship between the Duchess of Cambridge and other members of the royal family, including Prince Harry and Meghan Markle. 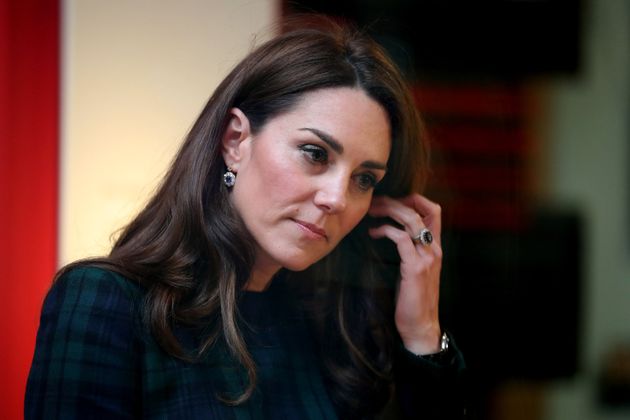 The magazine quotes a source who says Kate is “furious about the larger workload” now that the Duke and Duchess of Sussex have stepped back from their royal duties.

“Of course she’s smiling and dressing appropriately but she doesn’t want this. She feels exhausted and trapped,” an anonymous friend told the magazine. “She’s working as hard as a top CEO, who has to be wheeled out all the time, without the benefits of boundaries and plenty of holidays.”

One source claims the supposed rift is affecting Kate and husband Prince William’s ability to parent their three children, and another details a supposed “incident” at the rehearsal for Meghan and Harry’s wedding.

You get the idea.

The Duke and Duchess of Sussex have not commented on the piece. The two, who stepped back as working members of the royal family earlier this year, have faced racist press as well as intense scrutiny and criticism at the hands of British tabloids throughout their entire relationship. 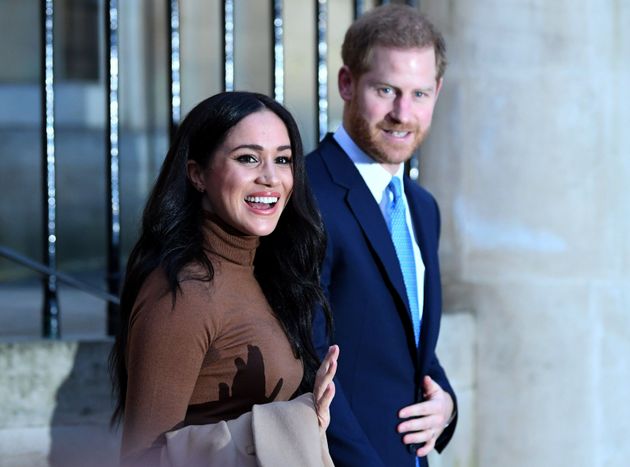 Harry issued a statement last year decrying the media’s “ruthless campaign” against his wife ― which has perhaps only worsened since the couple moved to North America.

“My wife has become one of the latest victims of a British tabloid press that wages campaigns against individuals with no thought to the consequences — a ruthless campaign that has escalated over the past year, throughout her pregnancy and while raising our newborn son,” Harry said in a statement at the time, which also announced Meghan’s lawsuit against Associated Newspapers.

“There is a human cost to this relentless propaganda, specifically when it is knowingly false and malicious, and though we have continued to put on a brave face — as so many of you can relate to — I cannot begin to describe how painful it has been,” he said.