Kate Middleton spoke out about the “isolation” she felt after giving birth to her first child, Prince George, in 2013. The Duchess of Cambridge made the candid admission on Wednesday during a stop at the Ely and Careau Children&rs…

Kate Middleton spoke out about the “isolation” she felt after giving birth to her first child, Prince George, in 2013.

The Duchess of Cambridge made the candid admission on Wednesday during a stop at the Ely and Careau Children’s Centre in Cardiff, Wales, as part of her tour to support her new project, 5 Big Questions on the Under 5s.

The project is a “a landmark survey which gives people across the UK an opportunity to provide their view on raising the next generation,” according to Kensington Palace.

“I was chatting to some of the moms earlier,” Kate said during the visit, according to Hello magazine, adding that she discussed how she felt after giving birth to the couple’s first son. “It was the first year and I’d just had George. William was still working with Search and Rescue and we came up here and I had a tiny, tiny baby in the middle of Anglesey.

“It was so isolated, so cut off,” Kate added. “I didn’t have any family around and he was doing night shifts. If only I had had a center like this.” 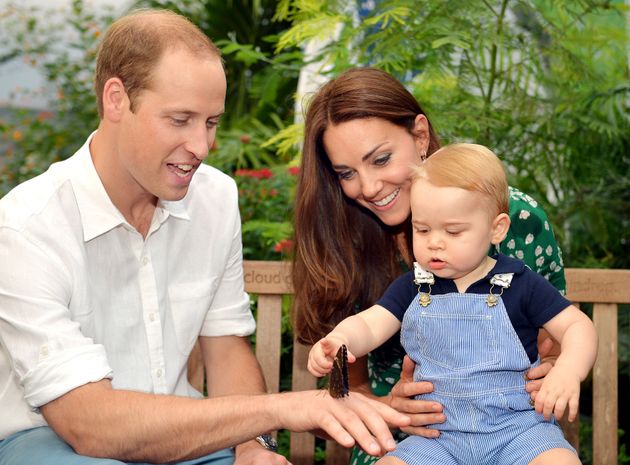 The duchess began the 24-hour tour to promote her new initiative on Tuesday and continued making stops through Wednesday.

“Parents, carers and families are at the heart of caring for children in the formative years, so that is why I want to listen to them. As a parent I know how much we cherish the future health and happiness of our children,” she said on the Kensington Palace Instagram page.

“I want to hear the key issues affecting our families and communities so I can focus my work on where it is needed most,” Kate added. “My ambition is to provide a lasting change for generations to come.”

READ:  What’s the Deal with a Cable Car & Mountain-Bike Trails?

The duchess has met with lots of parents and children so far on the tour, and made headlines last week when she shut down the idea having of more children with Prince William.

During a stop to Bradford, one royal fan told Kate that he’d sent her letters after the birth of each of her three children: Prince George, 6, Princess Charlotte, 4, and Prince Louis, 21 months.

“I don’t think William wants any more,” Kate said, according to People. It seems that their family is now complete.