Prince William and Kate Middleton had a glamorous night out on Monday, hosting a reception for the UK- Africa Investment Summit at Buckingham Palace. The Duke of Cambridge wore a navy suit with a red tie for the formal occaision. The Duchess of Ca…

Prince William and Kate Middleton had a glamorous night out on Monday, hosting a reception for the UK- Africa Investment Summit at Buckingham Palace.

The Duke of Cambridge wore a navy suit with a red tie for the formal occaision. The Duchess of Cambridge was simply stunning in a long, sequined red number by Needle & Thread, as identified by People.

The $600 dress, which is now sold out, features a ruffled collar and long, beaded sleeves. Kate paired the gorgeous gown with a matching red clutch and heels, along with her trusty blowout hairstyle. 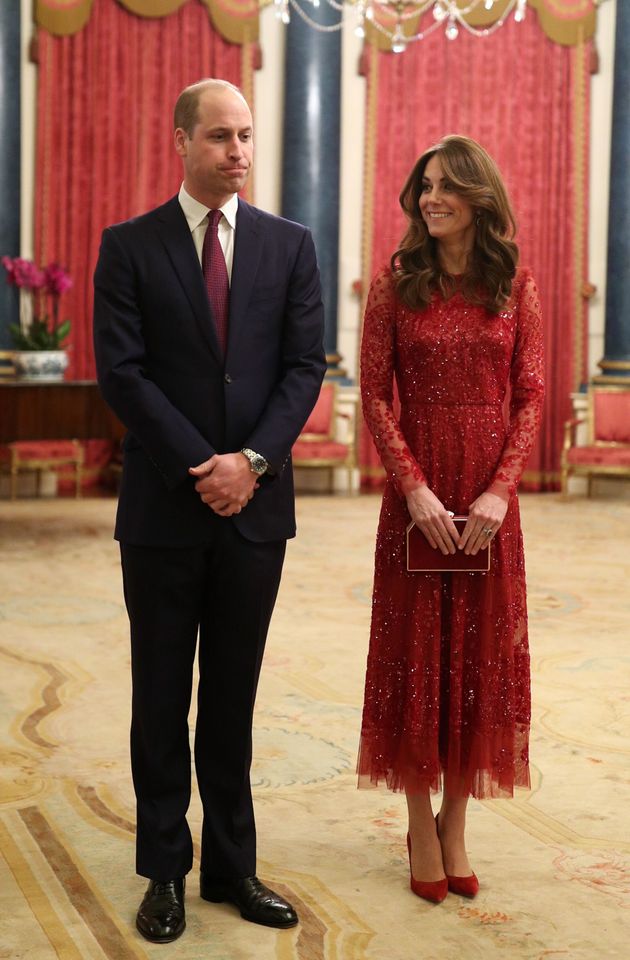 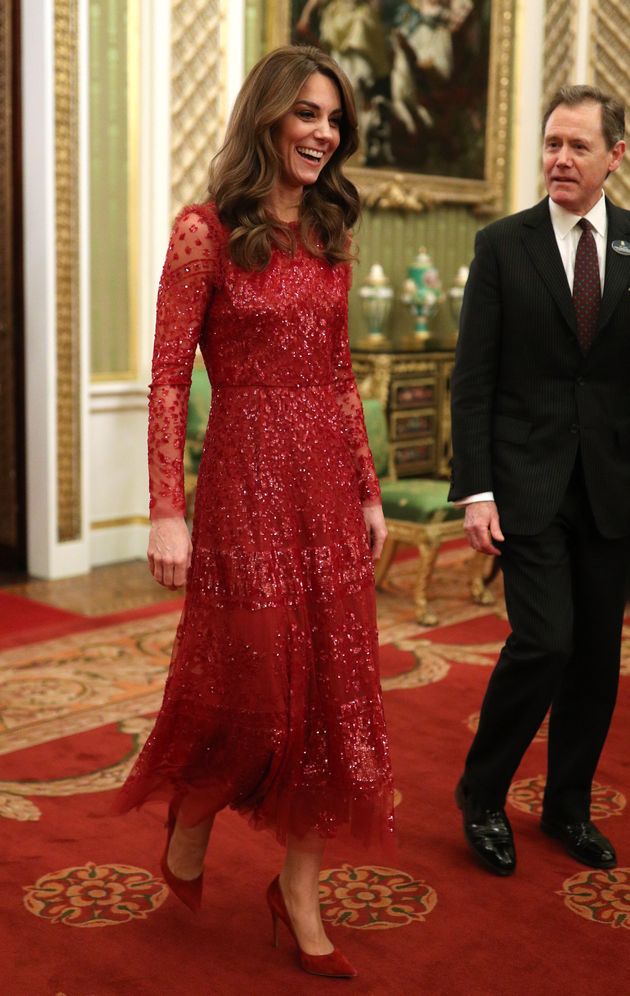 At one point during the reception, the duke spoke about his love for Africa.

“The African continent holds a very special place in my heart. It is the place my father took my brother and me shortly after our mother died,” William said, standing alongside the Duchess of Cambridge and Prime Minister Boris Johnson.

“And when deciding where best to propose to Catherine, I could think of no more fitting place than Kenya to get down on one knee,” the duke added.

William and Kate’s reception comes one day after Prince Harry publicly addressed his royal exit and his talks with Prince Charles, Prince William and Queen Elizabeth.

“It brings me great sadness it’s come to this,” the Duke of Sussex said in his speech Monday, adding that there “was really no other option” for he and Meghan Markle.

“Our hope was to continue serving the Queen, the commonwealth, and my military associations, but without public funding. Unfortunately, that wasn’t possible,” the prince said.

“I’ve accepted this, knowing that it doesn’t change who I am or how committed I am,” he continued. “But I hope that helps you understand what it had to come to, that I would step my family back from all I have ever known, to take a step forward into what I hope can be a more peaceful life.” 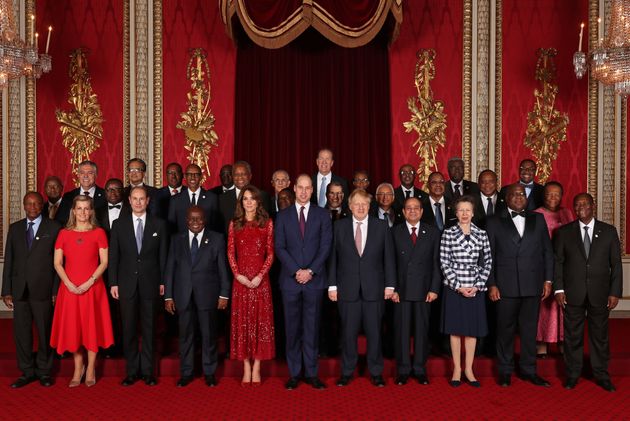 After the speech and spending most of Monday in meetings with African leaders and U.K. Prime Minister Boris Johnson on behalf of the U.K.-Africa Investment Summit, Harry jetted to Canada to rejoin Meghan and their son, Archie. He did not attend the Buckingham Palace reception.

A previous photo caption incorrectly referenced Prince Harry, who did not attend the awards.