Kate Middleton and Prince William have found themselves in the hot seat yet again after breaking coronavirus guidelines during an outing over the weekend.  The Duke and Duchess of Cambridge were photographed with their three children (Pr…

Kate Middleton and Prince William have found themselves in the hot seat yet again after breaking coronavirus guidelines during an outing over the weekend.

The Duke and Duchess of Cambridge were photographed with their three children (Prince George, Princess Charlotte and Prince Louis) exploring the Luminate trail on Sandringham Estate in Norfolk, where the royals typically spend Christmas together.

Prince Edward and Sophie, Countess of Wessex, were also spotted with their two children, Lady Louise and James, Viscount Severn, walking with the Cambridge family as they all toured the trail, apparently together.

The Daily Mail, which featured exclusive pictures of the group walking together, pointed out that the families mixing was a violation of the United Kingdom’s pandemic guidelines. Norfolk is currently under Tier 2 restrictions, which bar separate households from socialising outdoors if their numbers total more than six people. 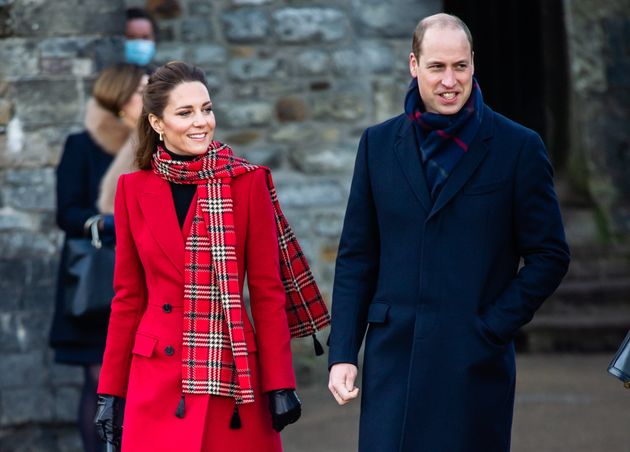 “The two families were given separate consecutive slots to visit the trail just before it opened to the general public,” a royal source told the Daily Mail.

“But I couldn’t help thinking that it was one rule for them and another for the rest of us. It was really quite blatant,” the source added.

Though the outing did draw some criticism, royals reporter and “Finding Freedom” author Omid Scobie pointed out how much more backlash the outing likely would have prompted had it involved Meghan Markle and Prince Harry — who have faced intense scrutiny from the media and the public — instead of the Cambridges.

“Imagine if this involved a certain other royal couple?” he tweeted on Tuesday. “Low-rent panel shows would be calling every furious expert on speed dial, rush-reporting would claim the Queen is ‘disappointed’ (per royal source), and a new overnight YouGov poll would call for titles to be stripped.”

Imagine if this involved a certain other royal couple? Low-rent panel shows would be calling every furious expert on speed dial, rush-reporting would claim the Queen is “disappointed” (per royal source), and a new overnight YouGov poll would call for titles to be stripped. https://t.co/BrlkgNqfy6

The Duke and Duchess of Cambridge also came under fire for their three-day royal train tour earlier this month, during which they traveled and stopped in communities in England, Scotland and Wales.

When asked about the royal couple’s tour, Welsh Health Minister Vaughan Gething told the BBC earlier this month that he’d “rather that no one was having unnecessary visits.”

“And people always have divisive views about the monarchy, but their visit isn’t an excuse for people to say that they are confused about what they are being asked to do,” Gething added.

But the criticism didn’t slow down the Cambridges. A few days later, they brought their children to a special pantomime performance that was meant to celebrate essential workers and their families. The royals walked the red carpet outside the theater sans masks, though William and Kate later put masks on inside. 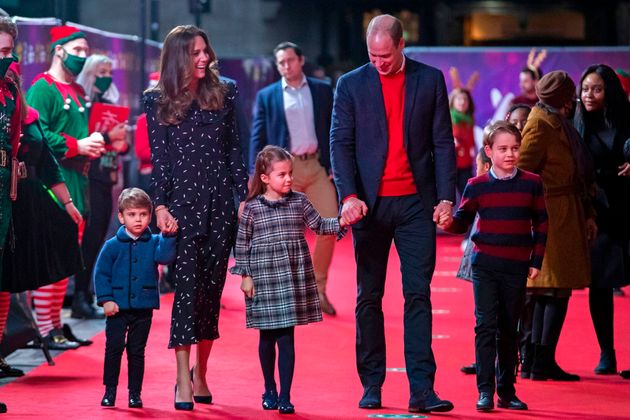 William faced serious criticism in November when The Sun reported that he had contracted COVID-19 in April, around the same time that his father, Prince Charles, also tested positive.

Richard Palmer, a royal correspondent for the Daily Express, said William’s decision to hide his coronavirus diagnosis could very well “haunt” him.

“The UK expects honesty from public figures, particularly during a pandemic. This may be a cover-up that will haunt William and those advising him,” Palmer tweeted in November.

“If the future King contracts a potentially fatal virus that the entire world is worried about during a lockdown and he and those around him cover it up, that raises serious questions about whether we can trust anything he or his advisers say,” the reporter added.

(The revelation of William’s positive diagnosis appeared especially uncomfortable given that, in the early days of the pandemic, William joked about spreading the coronavirus and asked a first responder if the crisis was “a little bit hyped up” by the media.)

Restrictions in the UK recently tightened and some countries in the European Union imposed bans on travelers from the UK, due to the emergence of a new strain of COVID-19 in southern England.