Vice President Kamala Harris has broken the barrier that has kept men at the top ranks of American power for more than two centuries.

Vice President Kamala Harris broke the barrier Wednesday that has kept men at the top ranks of American power for more than two centuries when she took the oath to hold the nation's second-highest office.

Harris was sworn in as the nation's first female vice president — and the first Black woman and person of South Asian descent to hold the role — in front of the US Capitol by Supreme Court Justice Sonia Sotomayor.

The moment was steeped in history and significance in more ways than one. She was escorted to the podium by Capitol Police Officer Eugene Goodman, the officer who single-handedly took on a mob of Trump supporters as they tried to breach the Senate floor during the Capitol insurrection that sought to overturn the election results. Harris was wearing clothes from two young, emerging Black designers — a deep purple dress and coat. 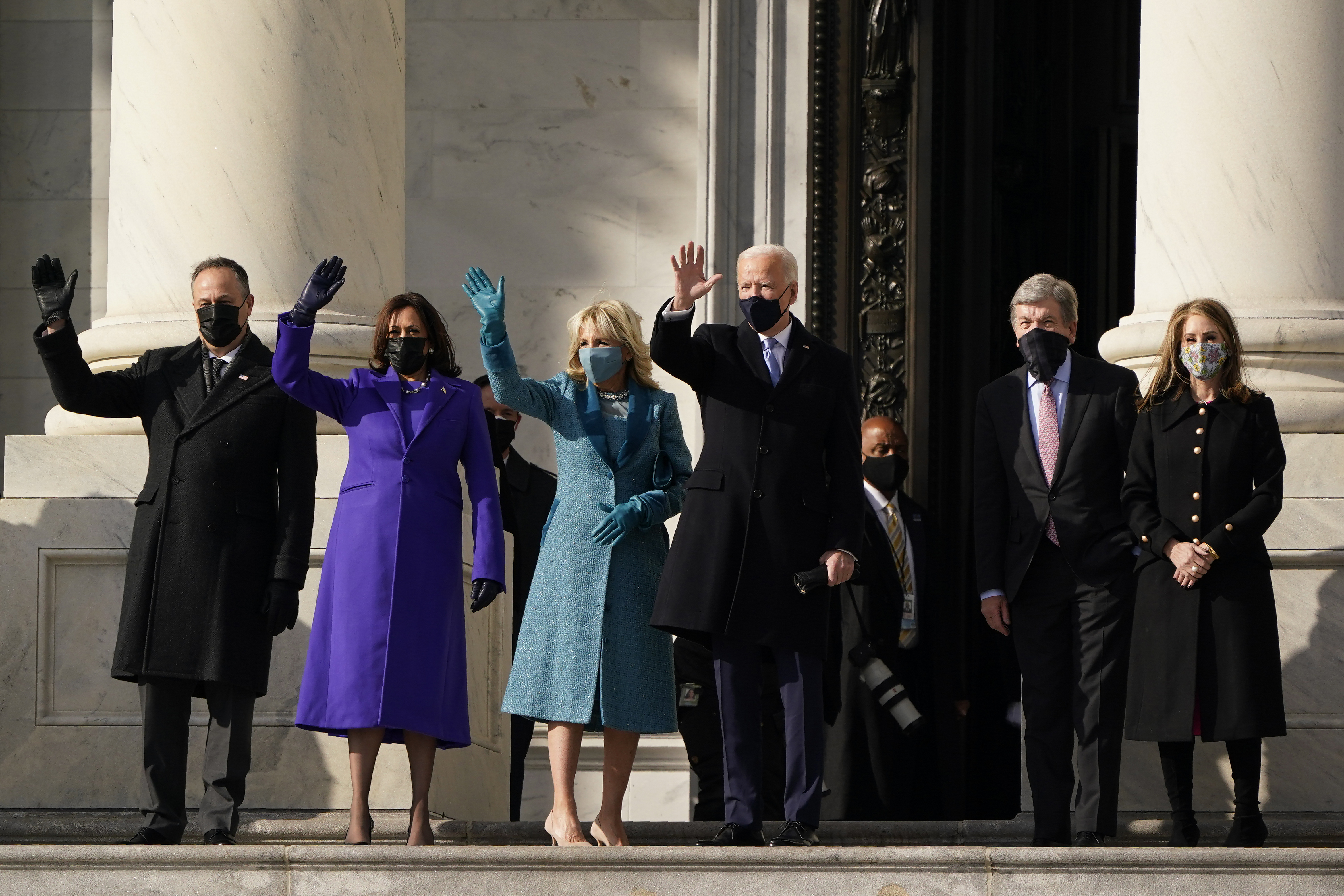 After taking the oath of office, a beaming Harris hugged her husband, Douglas Emhoff, and gave President-elect Joe Biden a first bump.

Her rise is historic in any context, another moment when a stubborn boundary will fall away, expanding the idea of what's possible in American politics. But it's particularly meaningful because Harris will be taking office at a moment of deep consequence, with Americans grappling over the role of institutional racism and confronting a pandemic that has disproportionately devastated Black and brown communities.

Those close to Harris say she'll bring an important — and often missing — perspective in the debates on how to overcome the many hurdles facing the incoming administration.

"In many folks' lifetimes, we experienced a segregated United States," said Lateefah Simon, a civil rights advocate and longtime Harris friend and mentee. "You will now have a Black woman who will walk into the White House not as a guest but as a second in command of the free world."

Harris — the child of immigrants, a stepmother of two and the wife of a Jewish man — "carries an intersectional story of so many Americans who are never seen and heard."

Harris, 56, moves into the vice presidency just four years after she first went to Washington as a senator from California, where she'd previously served as attorney general and as San Francisco's district attorney. She had expected to work with a White House run by Hillary Clinton, but President Donald Trump's victory quickly scrambled the nation's capital and set the stage for the rise of a new class of Democratic stars.

After Harris' own presidential bid fizzled, her rise continued when Joe Biden chose her as his running mate last August. Harris had been a close friend of Beau Biden, the elder son of Joe Biden and a former Delaware attorney general who died in 2015 of cancer.

The inauguration activities included nods to her history-making role and her personal story. 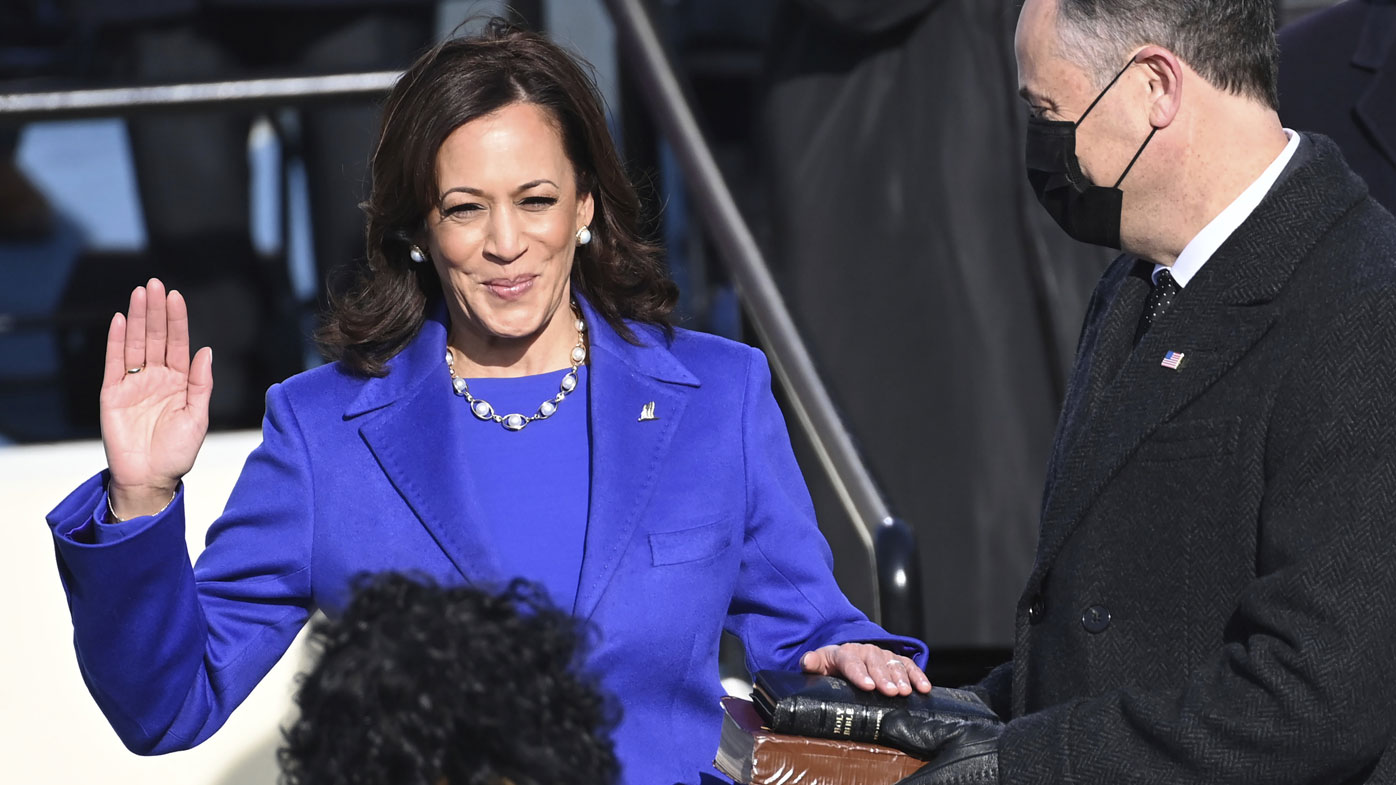 Harris used two Bibles to take the oath, one that belonged to Supreme Court Justice Thurgood Marshall, the late civil rights icon whom Harris often cites as inspiration, and Regina Shelton, who helped raise Harris during her childhood in the San Francisco Bay Area. The drumline from Harris' alma mater, Howard University, joined the presidential escort.

"This event will certainly be a momentous occasion that will go down in the annals of our archives as one of the greatest days the founders' of Alpha Kappa Alpha could have envisioned," said Dr. Glenda Glover, the sorority's international president and chief executive office. 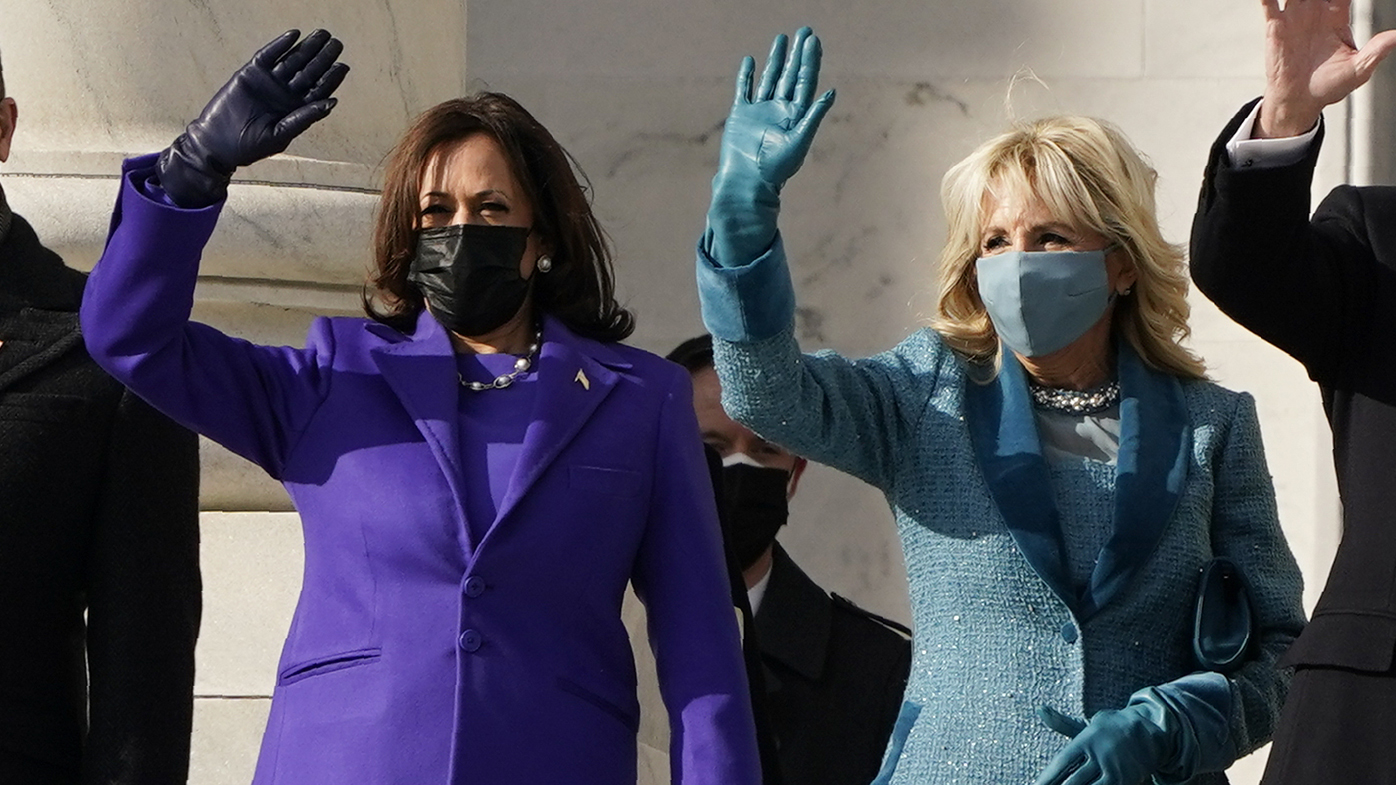 She'll address the nation later in front of the Lincoln Memorial, a symbolic choice as the nation endures one of its most divided stretches since the Civil War.

Harris has often reflected on her rise through politics by recalling the lessons of her mother, who taught her to take on a larger cause and push through adversity.

"I was raised to not hear 'no.' Let me be clear about it. So it wasn't like, "Oh, the possibilities are immense. Whatever you want to do, you can do,'" she recalled during a "CBS Sunday Morning" interview that aired Sunday. "No, I was raised to understand many people will tell you, 'It is impossible,' but don't listen.'"

Harris' swearing-in holds more symbolic weight than that of any vice president in modern times. 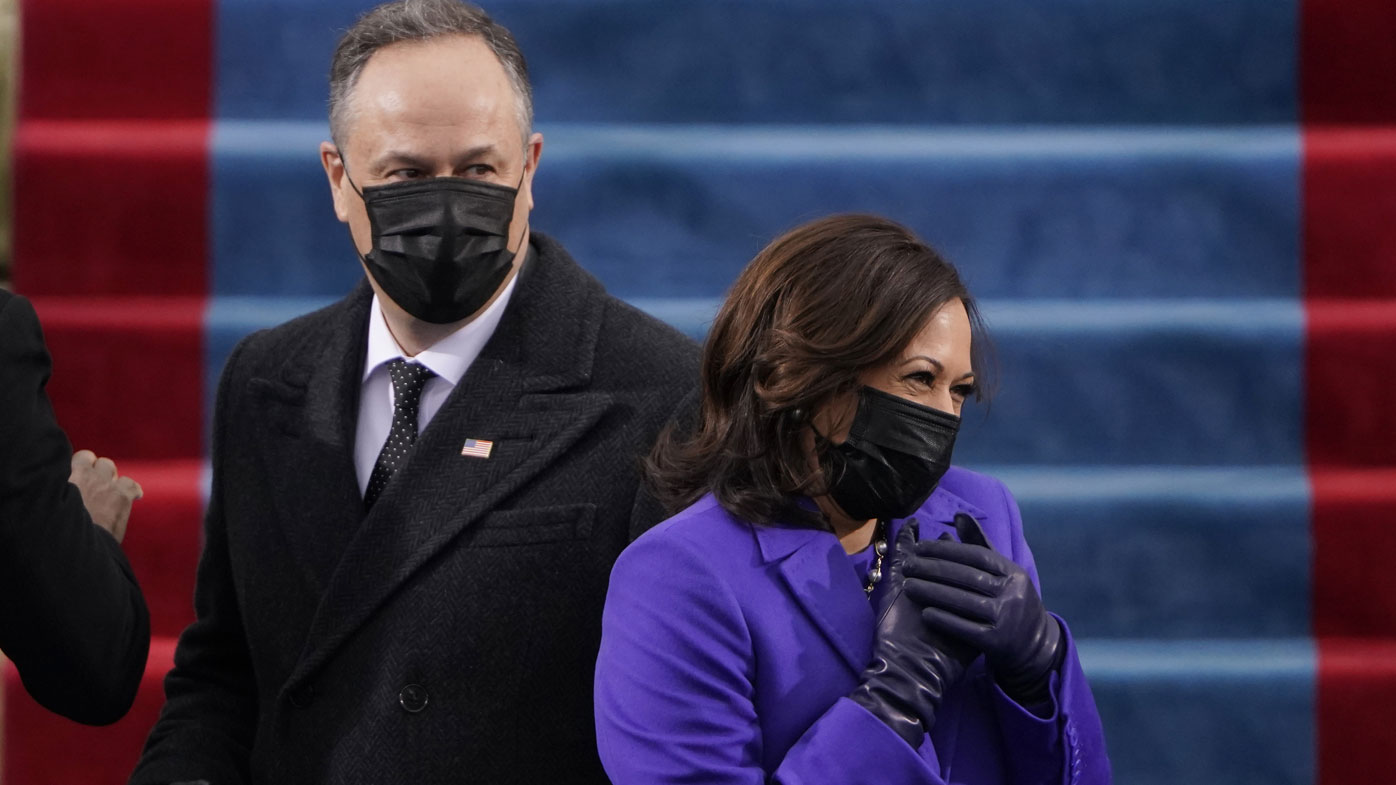 She will expand the definition of who gets to hold power in American politics, said Martha S. Jones, a professor of history at Johns Hopkins University and the author of "Vanguard: How Black Women Broke Barriers, Won the Vote, and Insisted on Equality for All."

"Folks are going to have to adapt to her rather than her adapting to them," Jones said.

Her election to the vice presidency should be just the beginning of putting Black women in leadership positions, Jones said, particularly after the role Black women played in organising and turning out voters in the November election.