A federal judge has expressed doubt today he could stop the upcoming publication of the book by former US national security adviser John Bolton.

A federal US judge has expressed doubt he could stop the upcoming publication of the book by former national security adviser John Bolton.

"The horse, as we used to say in Texas, seems to be out of the barn," Judge Royce Lamberth of the DC District Court said during a hearing today. 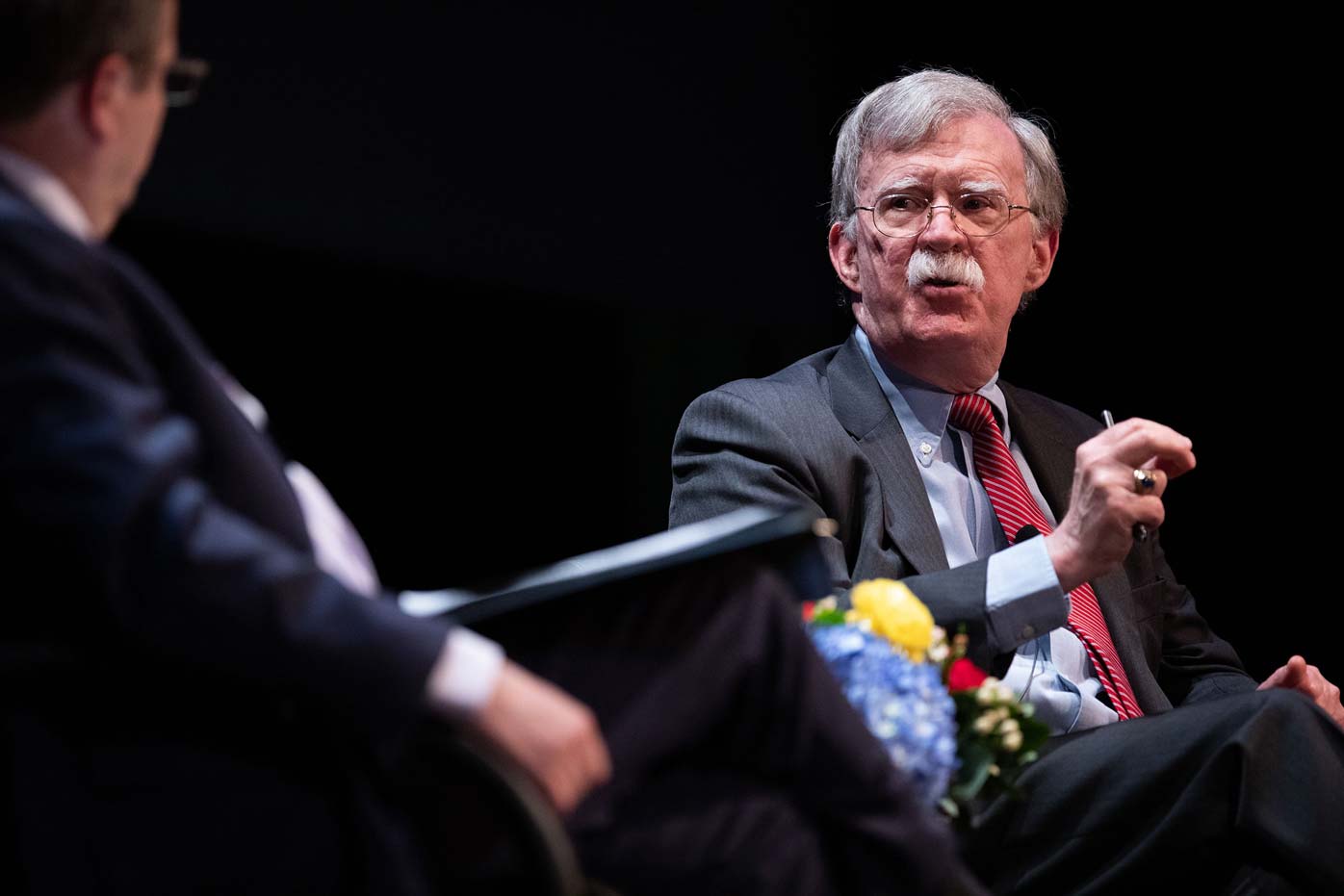 "It certainly looks difficult to me about what I can do about those books all over the country."

Judge Lamberth didn't make a decision at the almost two-hour hearing today and said he will wait to review more details from the Justice Department before deciding.

Mr Bolton's book is scheduled to be released on Tuesday. It's possible Judge Lamberth doesn't resolve the court fight before then.

The court fight over Mr Bolton's book has turned the former national security adviser's skirmish with President Donald Trump into a symbolic fight over freedom of speech and the press.

It is also allowing Mr Bolton to push for an outside referee over whether the White House's national security decision-making was proper, or done to protect Mr Trump politically in an election year.

Judge Lamberth said he will consider how the Trump administration determined parts of Mr Bolton's book should be classified after extensive reviews of the book.

"Did the president instruct any intelligence officials to make portions of the book classified?" the judge asked Justice Department attorney David Morrell.

"I have not spoken to the president. I'm not aware of that," Mr Morrell said.

Mr Morrell explained that there are three examples of passages in Mr Bolton's book that were classified by others in the administration after he went through several rounds of reviews with the National Security Council reviewer Ellen Knight. 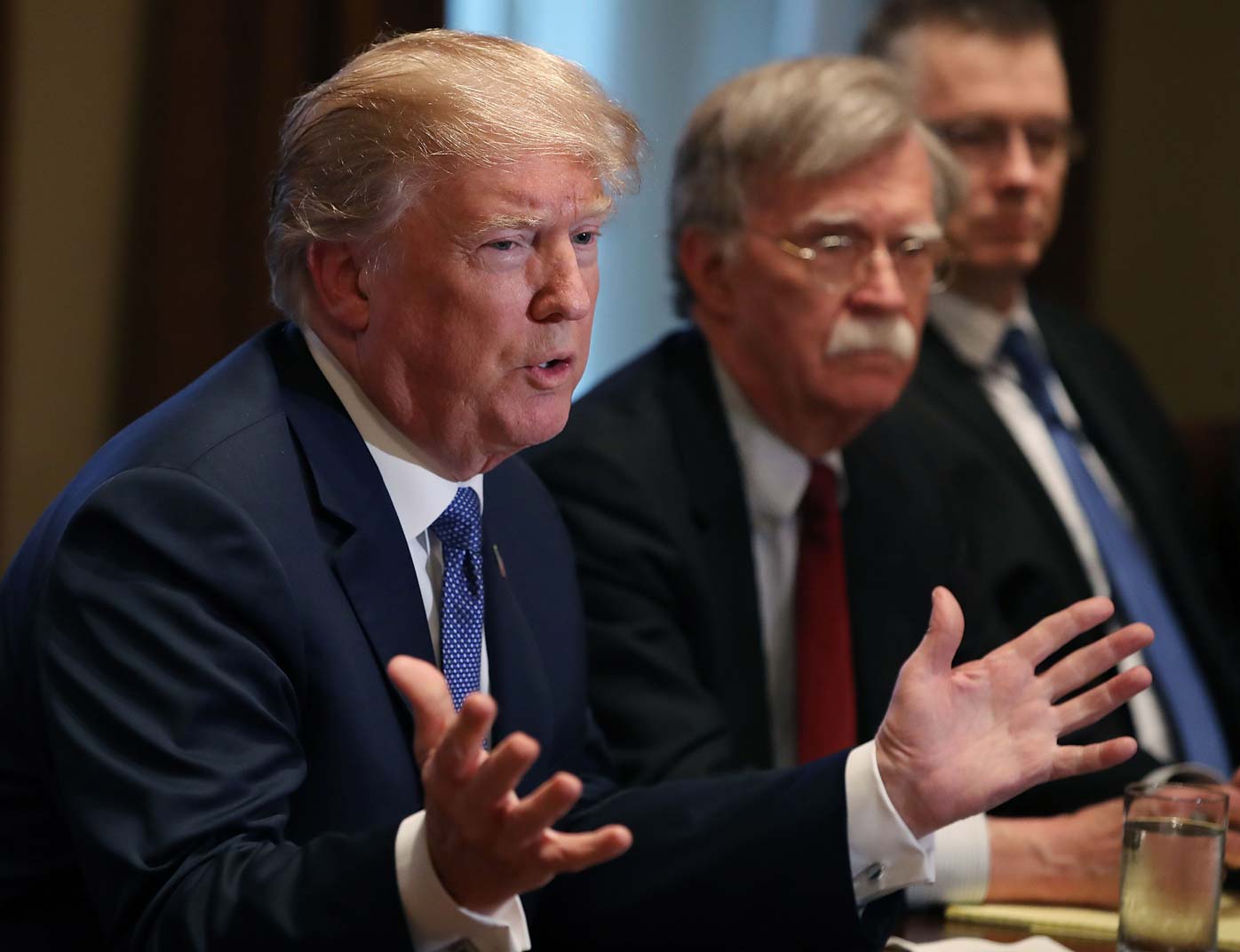 Why the Trump administration is trying to block publication

The Trump administration wants to stop the book from being released publicly next Tuesday and to claw back Mr Bolton's earnings from its publication.

The Justice Department has argued that Mr Bolton didn't receive formal approval to publish the book, in breach of his contract with the federal government, and that the book still contains classified details that could cause "grave" harm to American national security.

The judge's questions about how the White House determined it had classified material in the latest draft may be key to learning if the White House improperly used national security concerns to shield the president, as Mr Bolton has alleged.

Mr Bolton has suggested the White House retroactively classified details in the book in an improper way.

"How do I decide these types of people [in the administration] are telling the truth that the republic is going to crumble? As a court, how do I deal with that?" Judge Lamberth asked.

Mr Bolton has said he worked extensively with Ms Knight for months to make sure no classified details were revealed in his manuscript.

Ms Knight told him there were none left in his draft earlier this spring, but then, the Justice Department has said it found more, and determined it should classify additional details in the book.

"I don't have an affidavit from [Knight] so I don't know too much about her," Judge Lamberth said, pointing out how the Justice Department sent the court sworn statements about classified details in the book from several other administration officials, but not Mr Bolton's primary reviewer.

Mr Cooper has also mentioned in court how Mr Trump has said that all conversations he had with Bolton should be classified, and thus remain confidential.

Judge Lamberth also grilled Mr Cooper on how Mr Bolton ended his review process and pushed his book to publication.

He "walked away" from the review process, Judge Lamberth said, asking why Mr Bolton hadn't sued when the book's review dragged on.

The judge has pointed out that Mr Bolton didn't wait for an official letter from the administration clearing him to publish.

On Wednesday, several major news organisations, including CNN, obtained copies of the book and published articles about Mr Bolton's revelations on Mr Trump's behavior, such as the president's encouragement of foreign leaders to help him in the 2020 election.

Free speech groups and publishers – including the ACLU, Knight First Amendment Center, Pen America, book publishers, Dow Jones & Co., The Washington Post and The New York Times – have condemned the Justice Department's approach in the case and supported Mr Bolton publishing the book, according to legal arguments the groups have filed over the past day.

They have warned that if the Trump administration were to block the book's release, it would undermine decades of free speech precedent, including the landmark Supreme Court decision to allow newspapers to publish the classified material in the Pentagon Papers about the Vietnam War.