A judge has ruled WikiLeaks founder Julian Assange will not be extradited from the UK to the US to face espionage charges over the publication of secret American military documents.

A British judge has rejected the United States' request to extradite WikiLeaks founder Julian Assange to face espionage charges, saying he was likely to kill himself if held under harsh US prison conditions.

District Judge Vanessa Baraitser rejected allegations that Assange is being prosecuted for political reasons or would not receive a fair trial in the United States.

But she said his precarious mental health would likely deteriorate further under the conditions of "near total isolation" he would face in US prison. 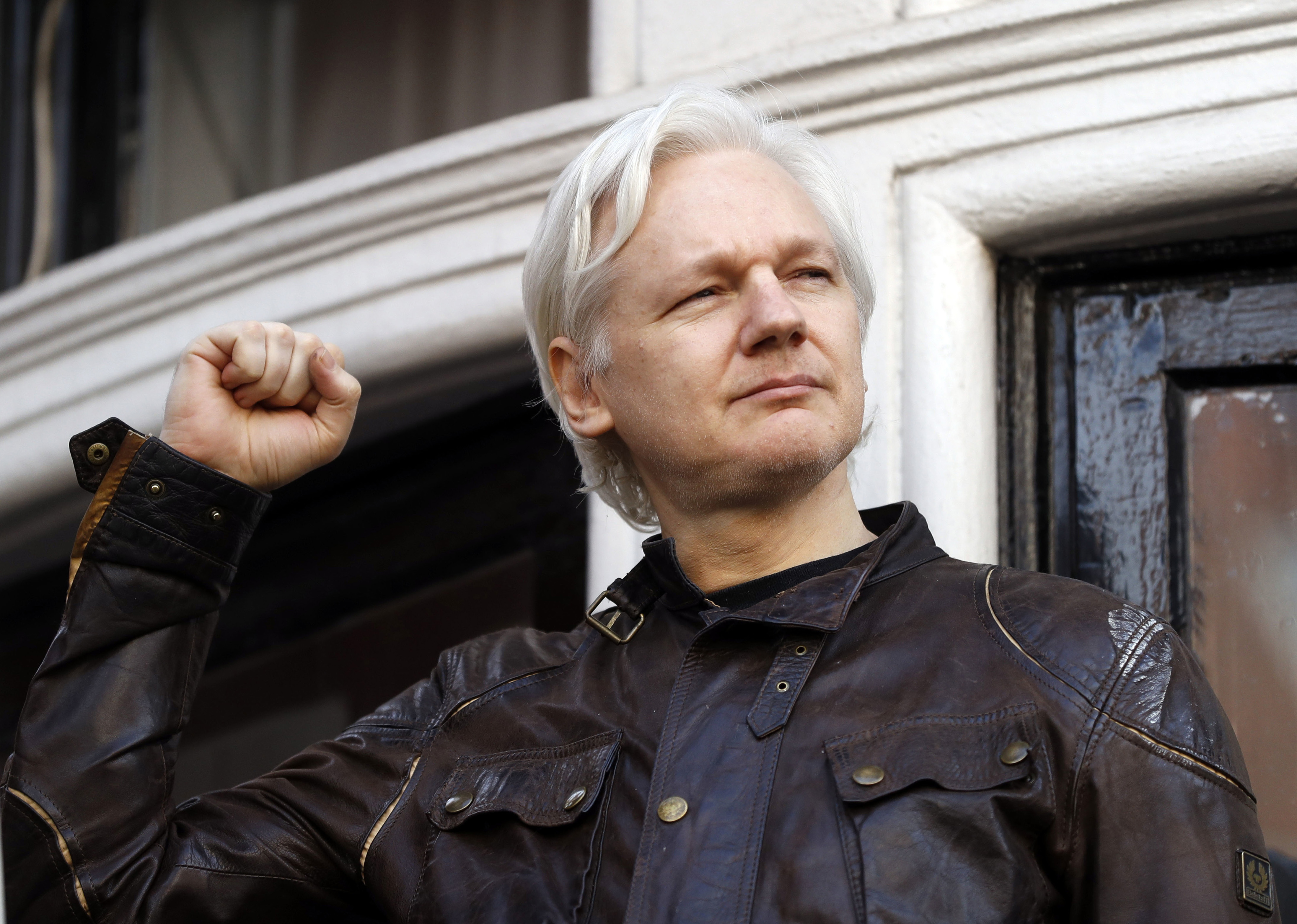 "I find that the mental condition of Mr. Assange is such that it would be oppressive to extradite him to the United States of America," the judge said.

She said Assange was "a depressed and sometimes despairing man" who had the "intellect and determination" to circumvent any suicide prevention measures taken by American prison authorities.

The US government said it would appeal the decision.

Assange's lawyers plan to ask for his release from a London prison where he has been held for more than a year-and-a-half.

Assange, who sat in the dock at London's Central Criminal Court for the ruling, wiped his brow as the decision was announced.

His partner Stella Moris, with whom he has two young sons, wept.

"The effort by the United States to prosecute Julian Assange and seek his extradition was ill-advised from the start," he said.

"We hope that after consideration of the UK court's ruling, the United States will decide not to pursue the case further." 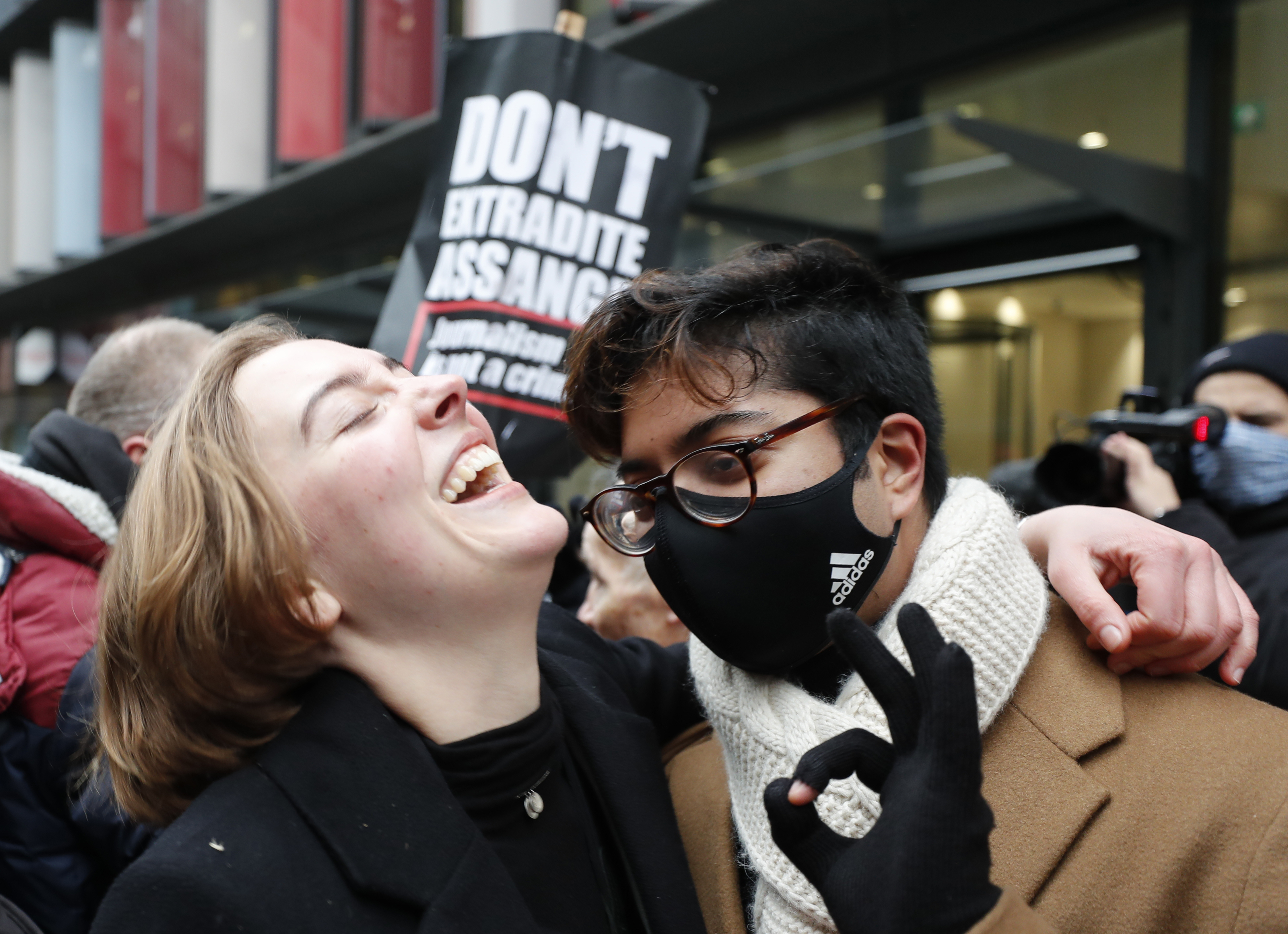 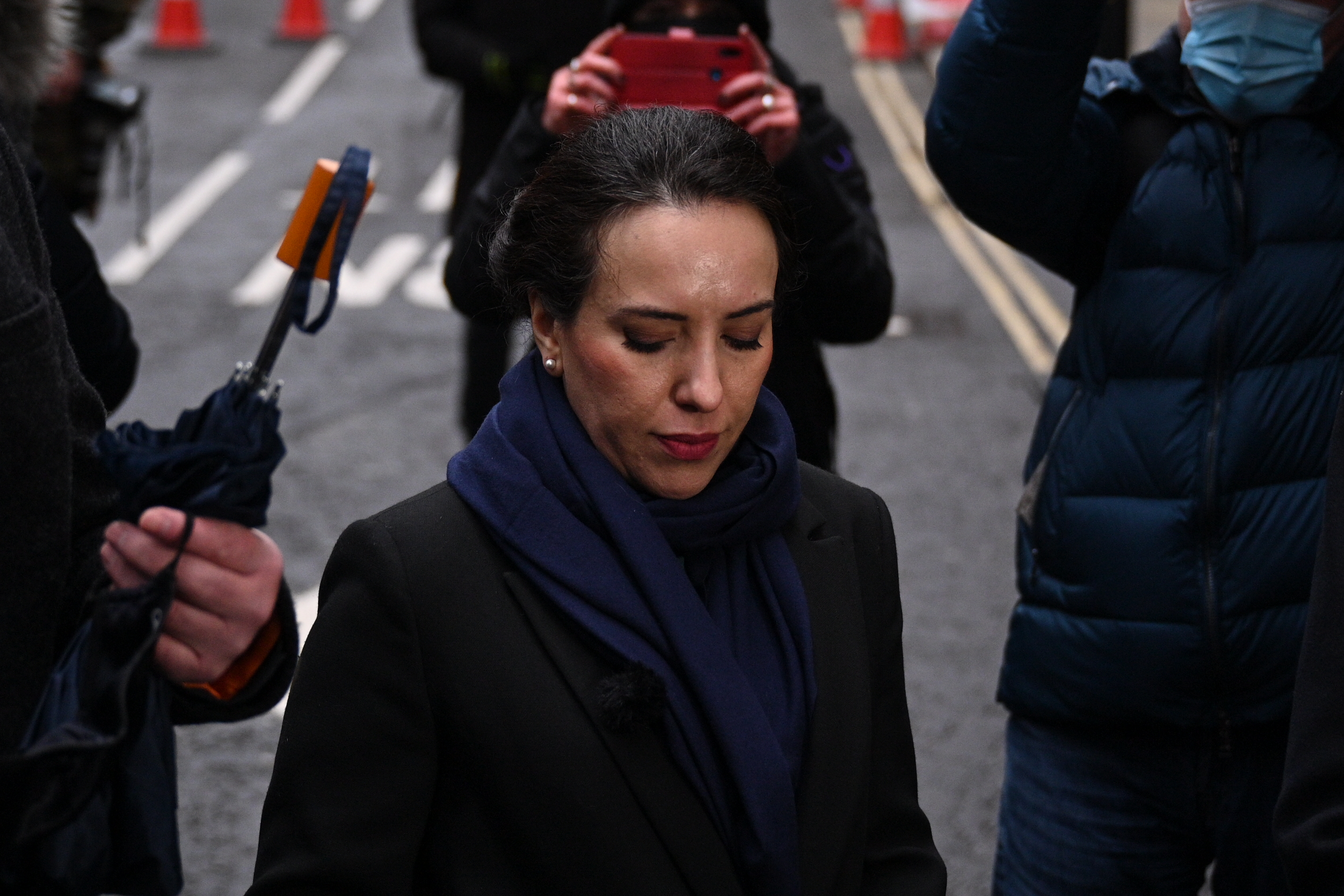 The ruling marks a dramatic moment in Assange's years-long legal battles in Britain — though likely not its final chapter.

US prosecutors have indicted Assange on 17 espionage charges and one charge of computer misuse over WikiLeaks' publication of leaked military and diplomatic documents a decade ago.

The charges carry a maximum sentence of 175 years in prison.

Lawyers for the 49-year-old Australian argue that he was acting as a journalist and is entitled to First Amendment protections of freedom of speech for publishing leaked documents that exposed US military wrongdoing in Iraq and Afghanistan. 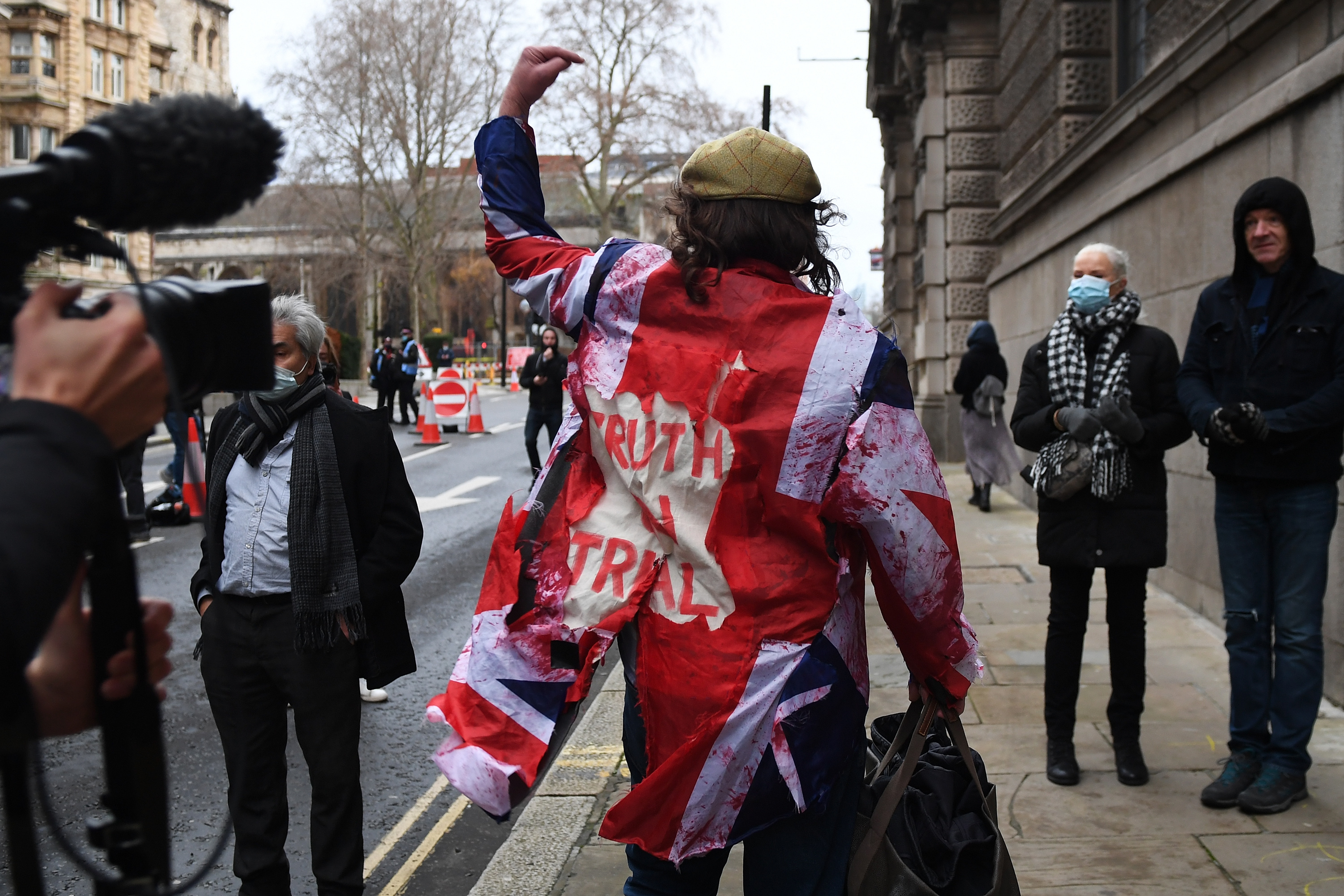 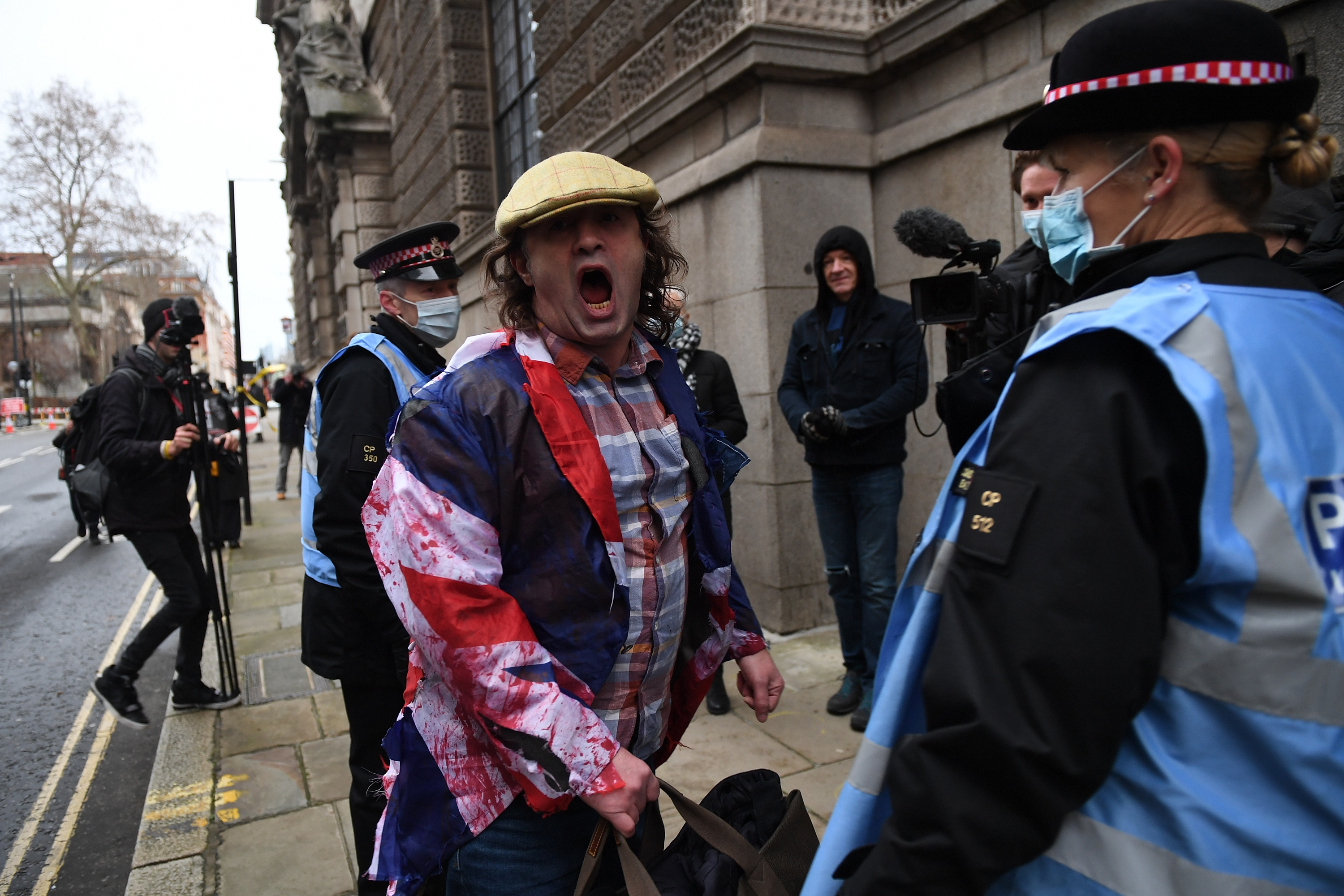 The judge, however, said Assange's actions, if proven, would "amount to offences in this jurisdiction that would not be protected by his right to freedom of speech."

The defence also argued during a three-week hearing in the fall that extradition threatens Assange's human rights because he risks "a grossly disproportionate sentence" and detention in "draconian and inhumane conditions" that would exacerbate his severe depression and other mental health problems.

The judge agreed with that argument. She said Assange suffered from moderate to severe clinical depression and was a "sometimes despairing man" genuinely fearful about his future. Lawyers for the US government deny that Assange is being prosecuted merely for publishing the leaked documents, saying the case "is in large part based upon his unlawful involvement" in the theft of the diplomatic cables and military files by US Army intelligence analyst Chelsea Manning.

The prosecution of Assange has been condemned by journalists and human rights groups, who say it undermines free speech around the world.

They welcomed the judge's decision, even though it was not made on free-speech grounds.

"This is a huge relief to anyone who cares about the rights of journalists," The Freedom of the Press Foundation tweeted: "The extradition request was not decided on press freedom grounds; rather, the judge essentially ruled the US prison system was too repressive to extradite. However, the result will protect journalists everywhere."

Assange's legal troubles began in 2010, when he was arrested in London at the request of Sweden, which wanted to question him about allegations of rape and sexual assault made by two women. In 2012, to avoid being sent to Sweden, Assange sought refuge inside the Ecuadorian Embassy, where he was beyond the reach of UK and Swedish authorities — but also effectively a prisoner, unable to leave the tiny diplomatic mission in London's tony Knightsbridge area.

The relationship between Assange and his hosts eventually soured, and he was evicted from the embassy in April 2019. British police immediately arrested him for jumping bail in 2012. 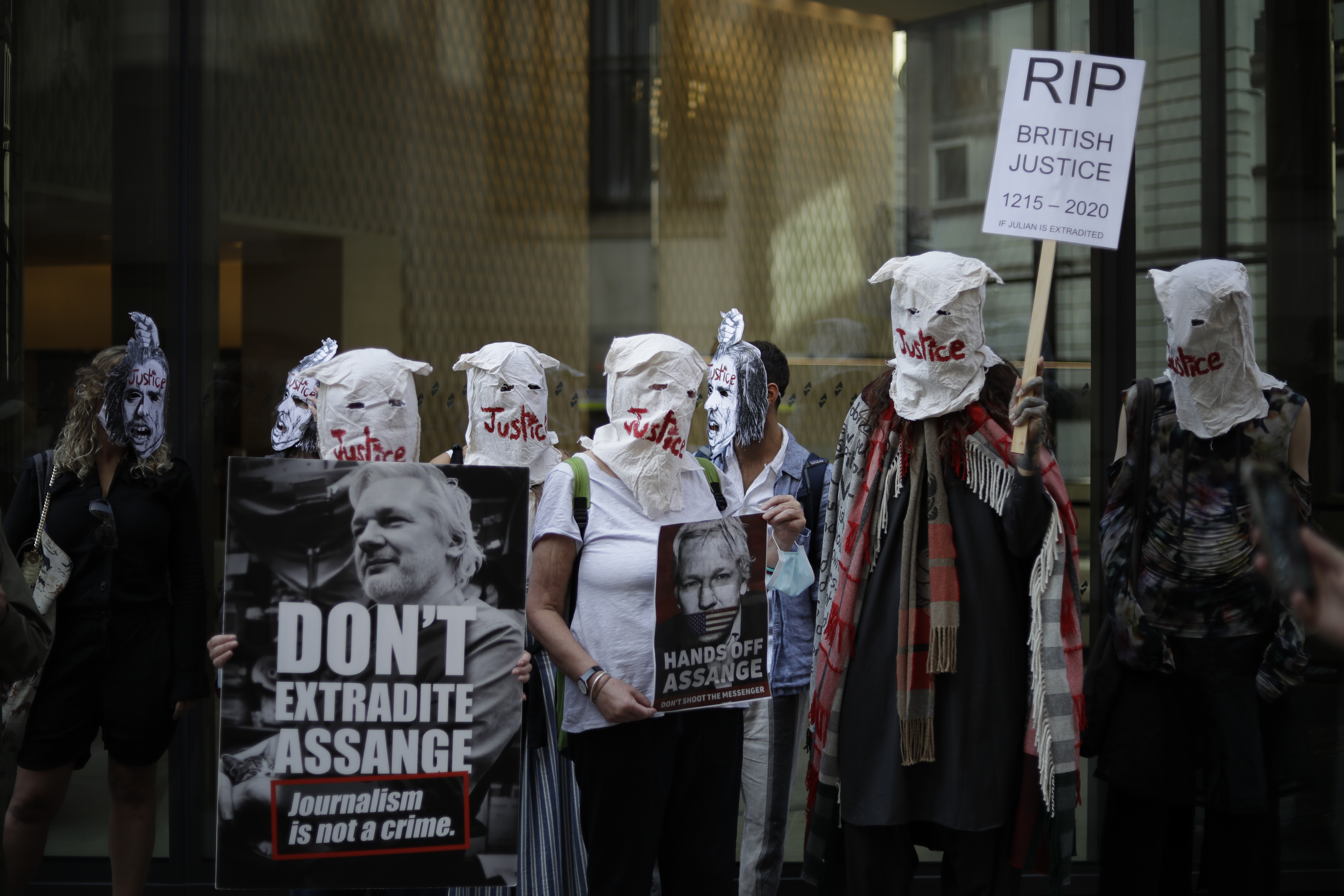 Sweden dropped the sex crimes investigations in November 2019 because so much time had elapsed, but Assange remains in London's high-security Belmarsh Prison, brought to court in a prison van throughout his extradition hearing.