A federal judge dealt a death blow to the Trump campaign's effort to overturn President-elect Joe Biden's win of the presidency on Saturday, by dismissing a closely watched lawsuit that sought to invalidate millions of Pennsylvania votes.

"It is not in the power of this Court to violate the Constitution," Judge Matthew Brann of the US District Court in the Middle District of Pennsylvania wrote on Saturday in a withering decision, hours after the final round of filings in the case came in. 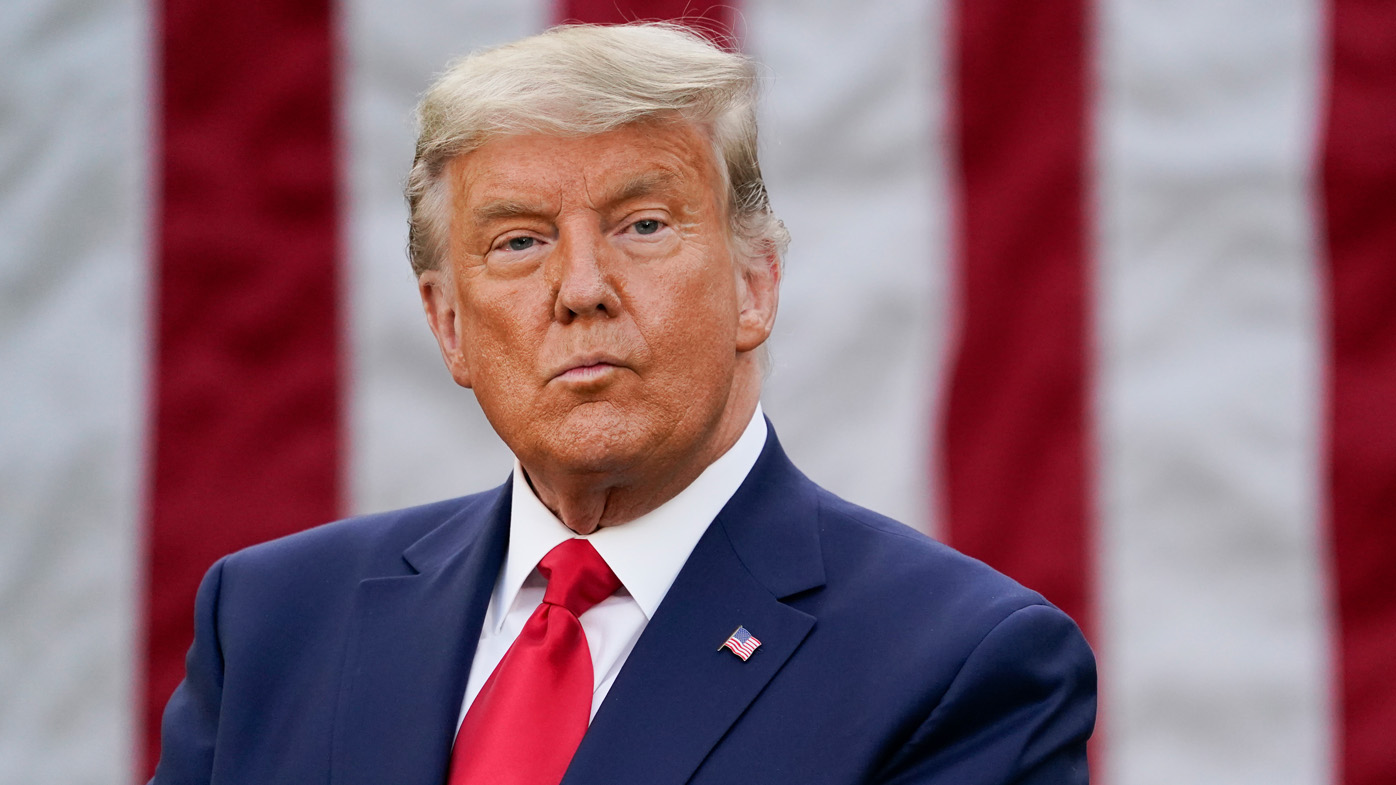 The judge wholeheartedly rejected the Trump campaign's attempt to throw out the Pennsylvania vote, noting that Biden has won the state and results will be certified by state officials on Monday.

"In the United States of America, this cannot justify the disenfranchisement of a single voter, let alone all the voters of its sixth most populated state. Our people, laws, and institutions demand more," the judge wrote.

"At bottom, Plaintiffs have failed to meet their burden to state a claim upon which relief may be granted." 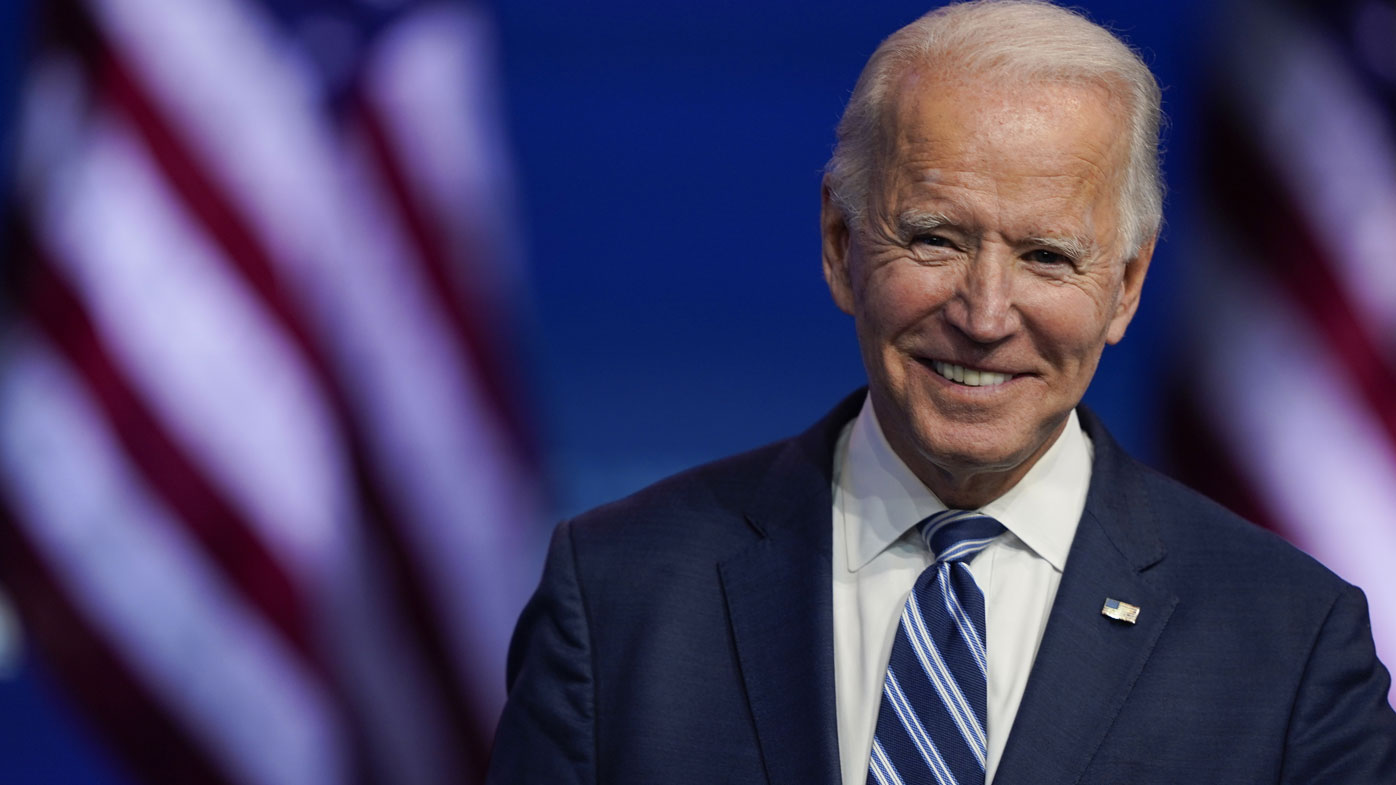 Though the case was always extremely unlikely to succeed, President Donald Trump's backers and legal team - and particularly his personal attorney Rudy Giuliani- had pinned their hopes on the federal judge in Pennsylvania giving some credibility to their suspicions of fraud and entertaining Trump's attempt to overturn the popular vote for Biden.

But Brann, a longtime and well-known Republican in Pennsylvania, refused.

Shortly after the decision came down, Republican Sen. Pat Toomey of Pennsylvania congratulated Biden as the President-elect, breaking from party leaders and a vast majority of congressional Republicans who continue to back Trump's efforts to challenge the results.

READ:  A Victorian teenager is lucky to be alive after she was forced off the road

This was essentially the last major case seeking to throw out or block enough votes that could swing a key state in Trump's favour, and Brann's decision on Saturday is at least the 30th loss or withdrawal of a case from the Trump campaign and its allies since Election Day. 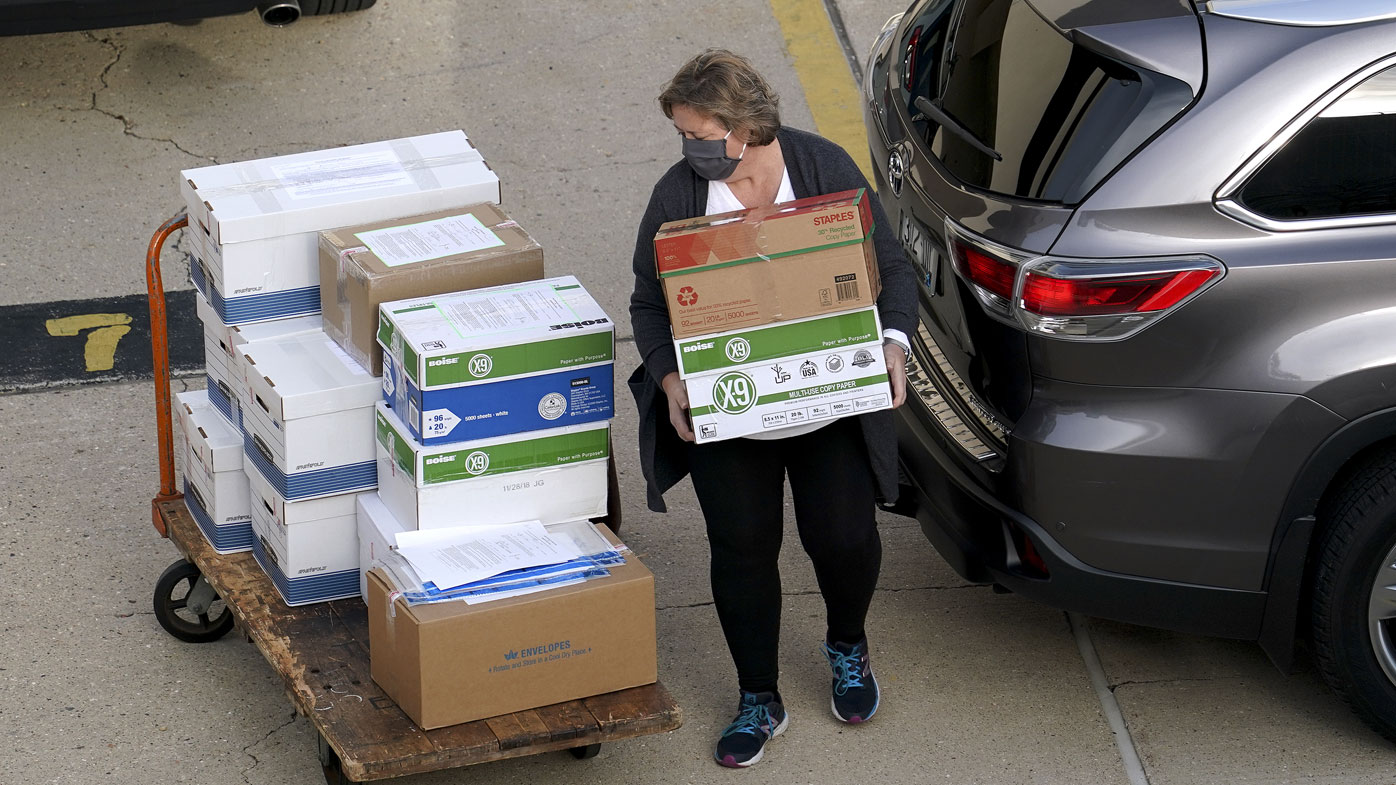 There have only been two wins in court for Republicans, about very small numbers of votes.

"Plaintiffs ask this Court to disenfranchise almost seven million voters. This Court has been unable to find any case in which a plaintiff has sought such a drastic remedy in the contest of an election, in terms of the sheer volume of votes asked to be invalidated," Brann wrote Saturday.

In the case, Trump's legal team led by Giuliani had attempted to claim that the Equal Protection rights of two Pennsylvania voters were violated because the state had allowed counties to decide whether absentee ballots sent in with technical problems could be fixed by the voters.

READ MORE: Biden turns 78, will be oldest US president 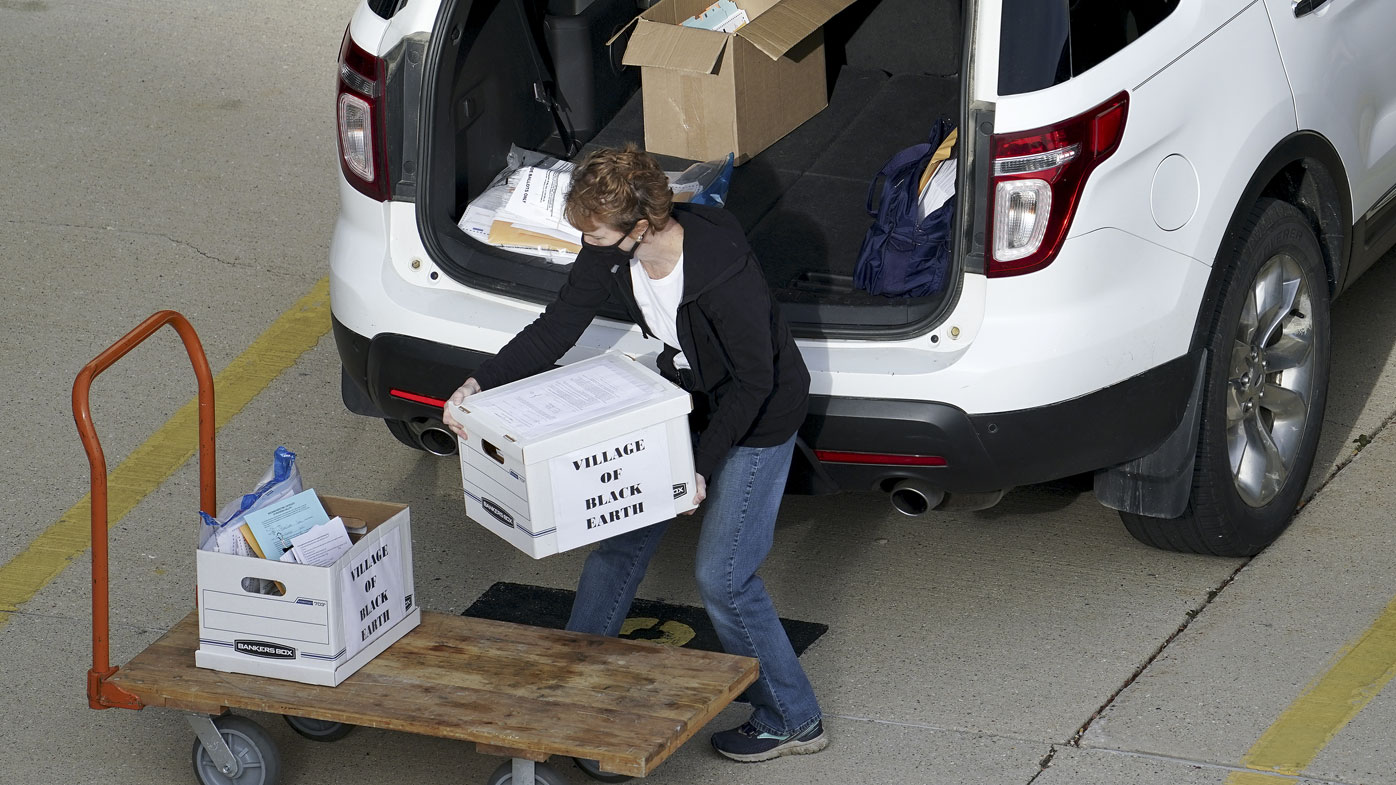 The two voters in the lawsuit said that in their counties, they were not allowed to "cure" their ballots, and thus had their ballots rejected, while other counties, like heavily Democratic Philadelphia County, allowed voters to "cure" absentee ballots.

That discrepancy, they claimed, meant that Pennsylvania's election results in their entirety should be blocked by court order, which theoretically, could deprive Biden of the state's 20 Electoral College votes.

READ:  Australians told not to travel to Hong Kong over virus spike 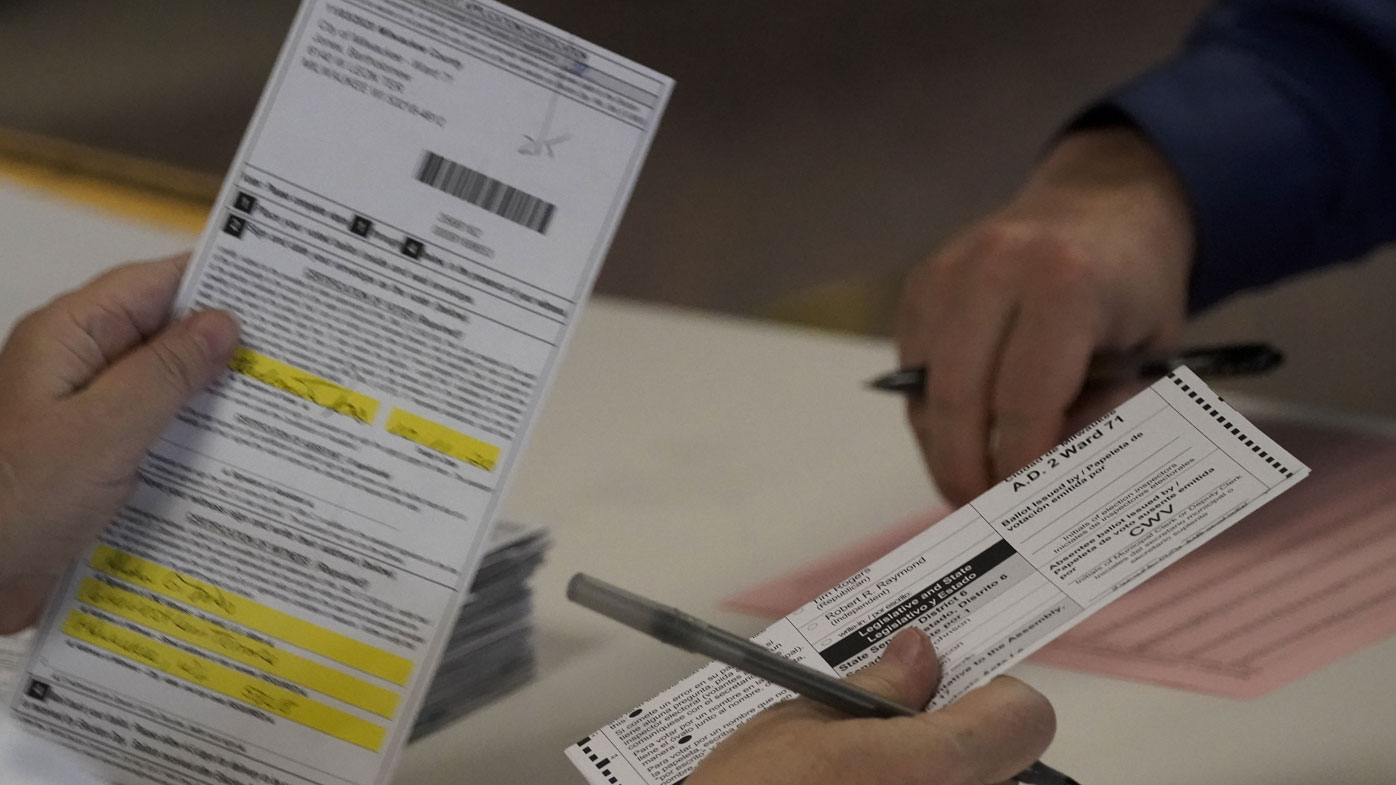 Brann also admonished the Trump campaign for presenting no factual proof of voter fraud or other allegations -- evidence that Giuliani and Trump's supporters have repeatedly said is in the works but has never materialized.

Elections officials in multiple states as well as judges have said there was no widespread fraud in the 2020 election.

Giuliani, who had swept into the case at the last minute ahead of a hearing on Tuesday before Brann, has been widely criticized for ignoring legal reasoning, leading a team that's made sloppy mistakes in its filings, and for pushing nonsensical and unfounded claims of conspiracy against Trump in Democratic-leaning cities.

"One might expect that when seeking such a startling outcome, a plaintiff would come formidably armed with compelling legal arguments and factual proof of rampant corruption, such that this Court would have no option but to regrettably grant the proposed injunctive relief despite the impact it would have on such a large group of citizens. That has not happened," Brann added.

"Instead, this Court has been presented with strained legal arguments without merit and speculative accusations, unpled in the operative complaint and unsupported by evidence." The counties in the state are scheduled to certify their election results on Monday.

The judge said any further consideration of this issue "would unduly delay resolution of the issues" regarding certification, and he closed the case.

His order on Saturday notes that the Trump campaign cannot try to resurface their claims in a rejiggered version of the lawsuit.

The Trump campaign on Saturday night said they would appeal Brann's ruling, and quickly, with the intention of taking the case to the US Supreme Court.

Toomey emerged as a rare Republican voice so far acknowledging Trump's legal avenues have come to an end.

"With today's decision by Judge Matthew Brann, a longtime conservative Republican whom I know to be a fair and unbiased jurist, to dismiss the Trump campaign's lawsuit, President Trump has exhausted all plausible legal options to challenge the result of the presidential race in Pennsylvania," the GOP senator said in a statement.

"These developments, together with the outcomes in the rest of the nation, confirm that Joe Biden won the 2020 election and will become the 46th President of the United States." Mike Gwin, a spokesperson for Biden, praised the decision to dismiss the lawsuit.

"The judge's ruling couldn't be clearer: our people, laws, and institutions demand more — and our country will not tolerate Trump's attempt to reverse the results of an election that he decisively lost," Gwin said in a statement.

Pennsylvania Attorney General Josh Shapiro also praised the decision in a statement Saturday night. "These claims were meritless from the start and for an audience of one. The will of the people will prevail. These baseless lawsuits need to end," he said.