A judge has refused to order DNA tests on a gun used to kill a convenience store cashier more than 30 years ago that could spare a Georgia inmate from execution.

A judge has refused to order DNA tests on a gun used to kill a convenience store cashier more than 30 years ago, rejecting arguments from defence attorneys who said the results could spare a Georgia inmate from execution next week.

Jimmy Fletcher Meders, 58, is scheduled to receive a lethal injection January 16 for the 1987 slaying in coastal Glynn County.

He also sided with attorneys for the state in finding Meders' lawyers failed to prove that seeking DNA tests wasn't merely a tactic to delay his execution.

"The defence has failed to establish that the requested DNA tests would result in a reasonable probability that the defendant would have been acquitted" had such a test been available at the time of Meders' 1989 trial, Scarlett said.

One of Meders' attorneys, Michael Admirand, argued a successful test matching DNA to another man who accompanied Meders to the store that night would cast doubt on what was otherwise a case based on "he said, they said" testimony.

He said that would show Meders deserves a new trial.

The gun remains in a sealed evidence bag in custody of the Glynn County court clerk.

A DNA expert, Mark Perlin, testified even three decades later there would likely be skin cells on the weapon that could be used for DNA extraction.

"We have a man who is about to lose his life in eight days and we don't even know if he pulled the trigger," Admirand said.

"The gun is downstairs. We could do this in a matter of weeks."

Admirand said he planned to appeal the judge's ruling to the Georgia Supreme Court.

Three witnesses at Meders' 1989 trial identified him as the killer: Meders' employer, Randy Harris, and two other men, Bill Arnold and Greg Creel.

Meders spent the afternoon of October 13, 1987, drinking alcohol with the other men.

After leaving Harris and driving around for hours, Meders, Creel and Arnold ended up at a convenience store about 2:30am the next morning.

When the men left, Anderson was dead from gunshots to the chest and head.

More than $30 had been taken from the cash drawer.

Creel testified he was warming up sausage biscuits in the store's microwave when he heard gunshots and bolted outside, where Arnold waited in a car.

The men said Meders came out of the store with a revolver in his hand and offered them a share of the cash he'd taken from the register. 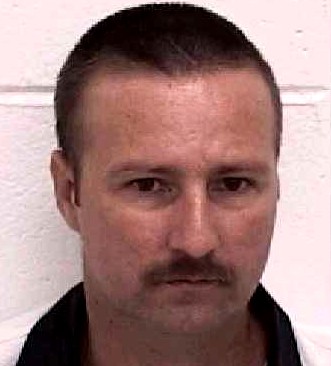 Harris, who wasn't at the store, testified Meders confessed to him afterward that he had killed a man for $38.

Testifying in his own trial, Meders insisted it was Arnold who shot the cashier.

He accused Harris of planting the gun police later found under Meders' bed.

It was Harris who suggested police look there.

"There's still overwhelming evidence of his guilt of this crime, " Graham told the judge.

He didn't mention the gun to police when first asked about any firearms he owned, and he initially denied being at the convenience store.

Police found $1 and $5 bills in Meders' wallet that matched "bait money" the store manager kept in the register after writing down the serial numbers.

That allowed the money to be traced in the event the store was robbed.

Meders was the only person found with any of the stolen cash.

The store's manager testified between $31 and $38 had been stolen — matching the amount that Harris said Meders had mentioned in his confession.

No one but Meders was ever charged in the case.

In a separate court filing that's still pending, Admirand has argued that Meders' death sentence violates the state and US constitutions because sworn statements from every living trial juror show that they would have imposed a sentence of life without the possibility of parole if that had been an option at the time.

Meders also has a clemency hearing scheduled before the state Board of Pardons and Paroles on January 15, the day before his scheduled execution at the state prison in Jackson.