The Wingecarribee Shire Council is facing a new drama just days after their extraordinary meeting.

A senior member of a NSW council currently facing suspension has been accused of assaulting a young female journalist at the local pub.

The Wingecarribee Shire Council is facing a new drama just one day after their extraordinary meeting.

Police are investigating the incident, reviewing CCTV and taking statements from a number of eyewitnesses.

One month into her career as a journalist, Southern Highlands reporter Madeline Achenza thought she'd be writing headlines, not becoming one. 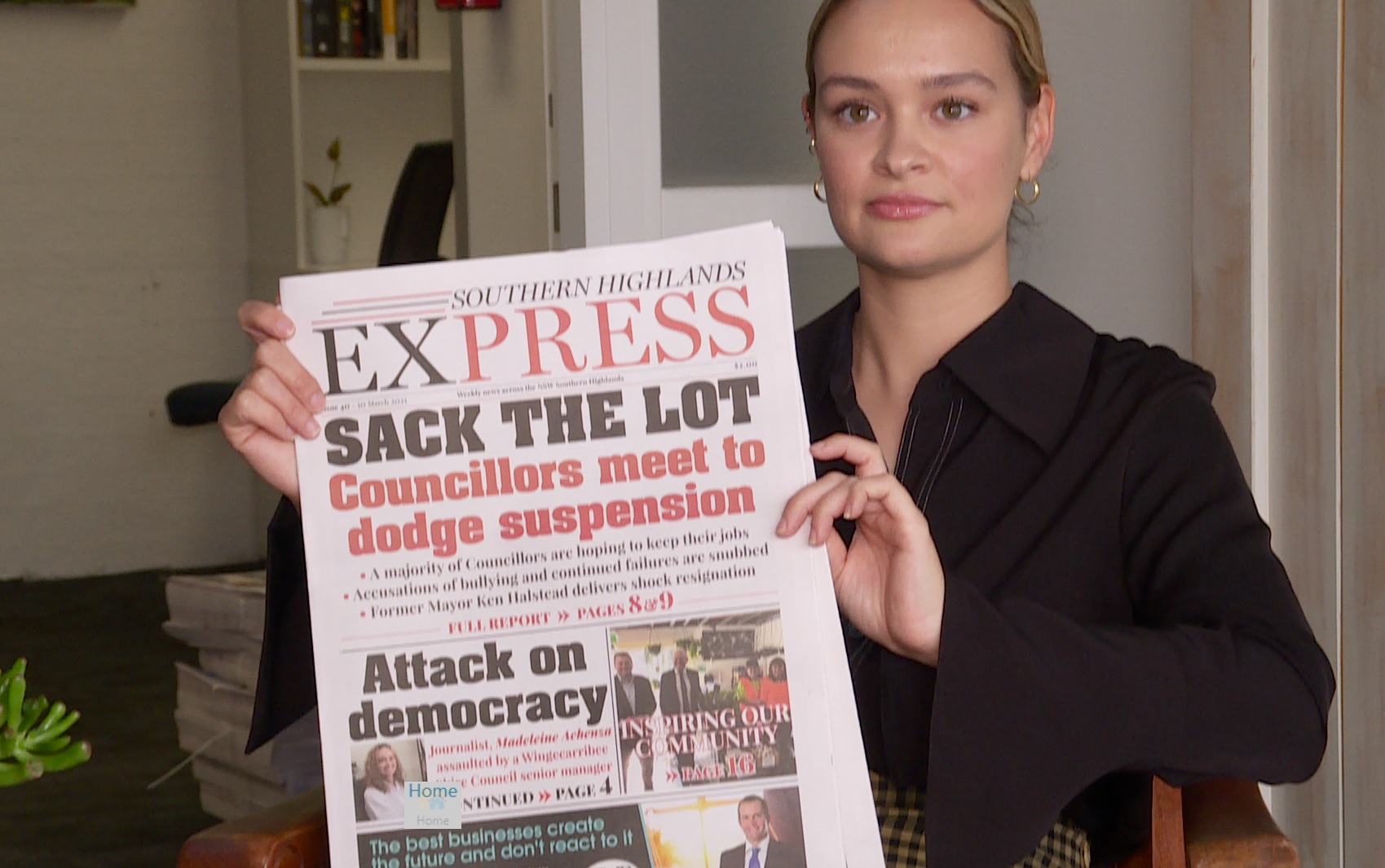 The 23-year-old is allegedly a victim of an assault at the hands of Wingecarribee Shire Council's acting general manager Barry Paull.

"I was really shocked in the moment, I didn't think to say, 'get your hands off me'," Ms Achenza told 9News.

After moving to a different room for dinner, Ms Achenza approached the group to take a photo for her paper.

"I took a couple of clicks and on the third click I saw Mr Paull reach across me, and I felt him grab my arm and then pushed me away from the door," she said.

The police were called by the paper's editor and patrons got a front row seat to the alleged incident.

"In my opinion he man-handled her out the door, so I said, 'let her go, don't touch her'," witness Peter Smyth told 9News.

"He is absolutely devastated by what's happened. It is an attempt by a small group of people in the Highlands to destroy this council," he said.

Mr Paull wasn't at work today and did not respond to 9News' request for comment.

NSW Police are investigating the incident and no charges have been laid. In a statement police said a 58-year-old man has been spoken to.

"Does he have my support in this instance? Yes he does," Mr Gair said.