What’s the point of going to the Oscars if you don’t have a full-blown photoshoot with your bestie on the red carpet?The young stars of “Jojo Rabbit,” 12-year-old Roman Griffin Davis and 11-year-old Archie Yates, made the most o…

What’s the point of going to the Oscars if you don’t have a full-blown photoshoot with your bestie on the red carpet?

The young stars of “Jojo Rabbit,” 12-year-old Roman Griffin Davis and 11-year-old Archie Yates, made the most of their experience at the 92nd Academy Awards by doing just that.

The two on and off-screen pals had viewers in a tizzy over their incredibly wholesome photoshoot and gushing interviews with reporters.

The Jojo Rabbit kids are making the red carpet for me #Oscarspic.twitter.com/cUBITu64dZ 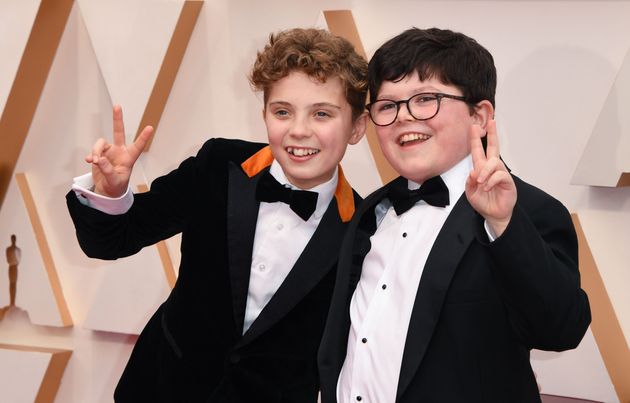 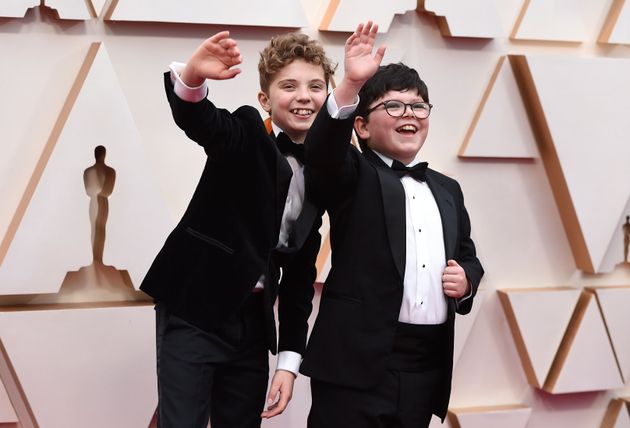 The satire follows the story of 10-year-old German boy Jojo “Rabbit” Betzler (played by Davis) and the influence imposed on him by his imaginary friend Adolf Hitler (director Taika Waititi) during WWII. The young boy learns to overcome his uncritical nationalism when confronted by his discovery that his mother (Johansson) is hiding a Jewish girl in their attic. Yates plays Jojo’s best friend, Yorki.

When asked about Johansson and her two nominations for the evening, Griffith gushed about his co-star, “She’s the most amazing person and she’s so nice.”

And when asked how it felt to be at the center of attention at their first Oscars, Yates yelled, “It’s amazing!”

They may be on Team #ScarJo, but @JojoRabbitMovie stars Archie Yates and Roman Griffin Davis are the real winners tonight! #Oscars#etalkRedCarpetpic.twitter.com/1KfRL8NZ7d

Here’s some more of the red carpet cuteness from Yates and Davis.

Whatever else happens tonight, can it beat the cute friendship and anarchy of Roman Griffin Davis and Archie Yates on #Oscars red carpet? “I’m not you’re age. You’re 13.” “I’m not 13.” pic.twitter.com/rKbmPMG7ql

NOOO this is so cute 🥺 #Oscarspic.twitter.com/M8lf4TPjWz

The Jojo Rabbit kids have already won the night. pic.twitter.com/yevvcpeIXY

I seriously think Roman and Archie are the most photographed on the red carpet as more photos keep popping up! #JojoRabbit#Oscars#RedCarpet#RomanGriffinDavis#ArchieYatespic.twitter.com/ghSOjCaOC1

Petition to have these two host The #Oscars next year! #JojoRabbitpic.twitter.com/fUNv1ye43J