There are no sure paths to a post held by only 44 men in more than two centuries, but Biden’s is among the most unlikely — even for a man who had aspired to the job for more than three decades.

Days before he left the White House in 2017, President Barack Obama surprised Joe Biden with the Presidential Medal of Freedom, declaring his septuagenarian, white-haired lieutenant "the best vice president America's ever had," a "lion of American history."

The tribute marked the presumed end of a long public life that put Biden in the orbit of the Oval Office for 45 years — yet, through a combination of family and personal tragedy, his own political missteps and sheer bad timing, had never allowed him to sit behind the Resolute Desk himself.

It turns out the pinnacle would not elude Biden after all. His moment just hadn't yet arrived.

READ MORE: All the news and updates from the US Election 2020 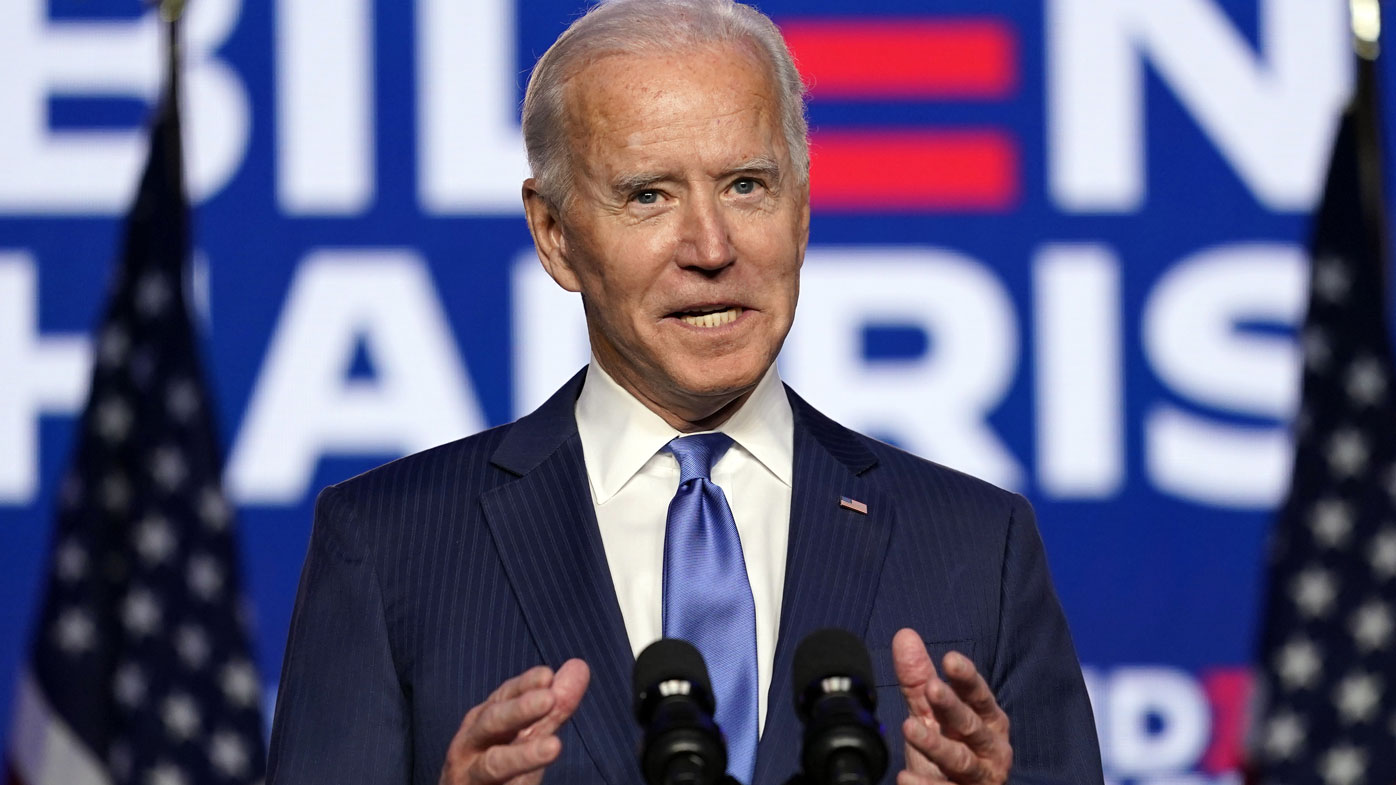 Joseph Robinette Biden Jr., 77, was elected Saturday as the 46th president of the United States, defeating President Donald Trump in an election that played out against the backdrop of a pandemic, its economic fallout and a national reckoning on racism.

He becomes the oldest president-elect and brings with him a history-making vice president-elect in Kamala Harris, the first Black woman and person of South Asian descent to serve in the nation's second-highest office.

There are no sure paths to a post held by only 44 men in more than two centuries, but Biden's is among the most unlikely — even for a man who had aspired to the job for more than three decades, twice running unsuccessfully and passing on a third bid to try to succeed Obama four years ago. 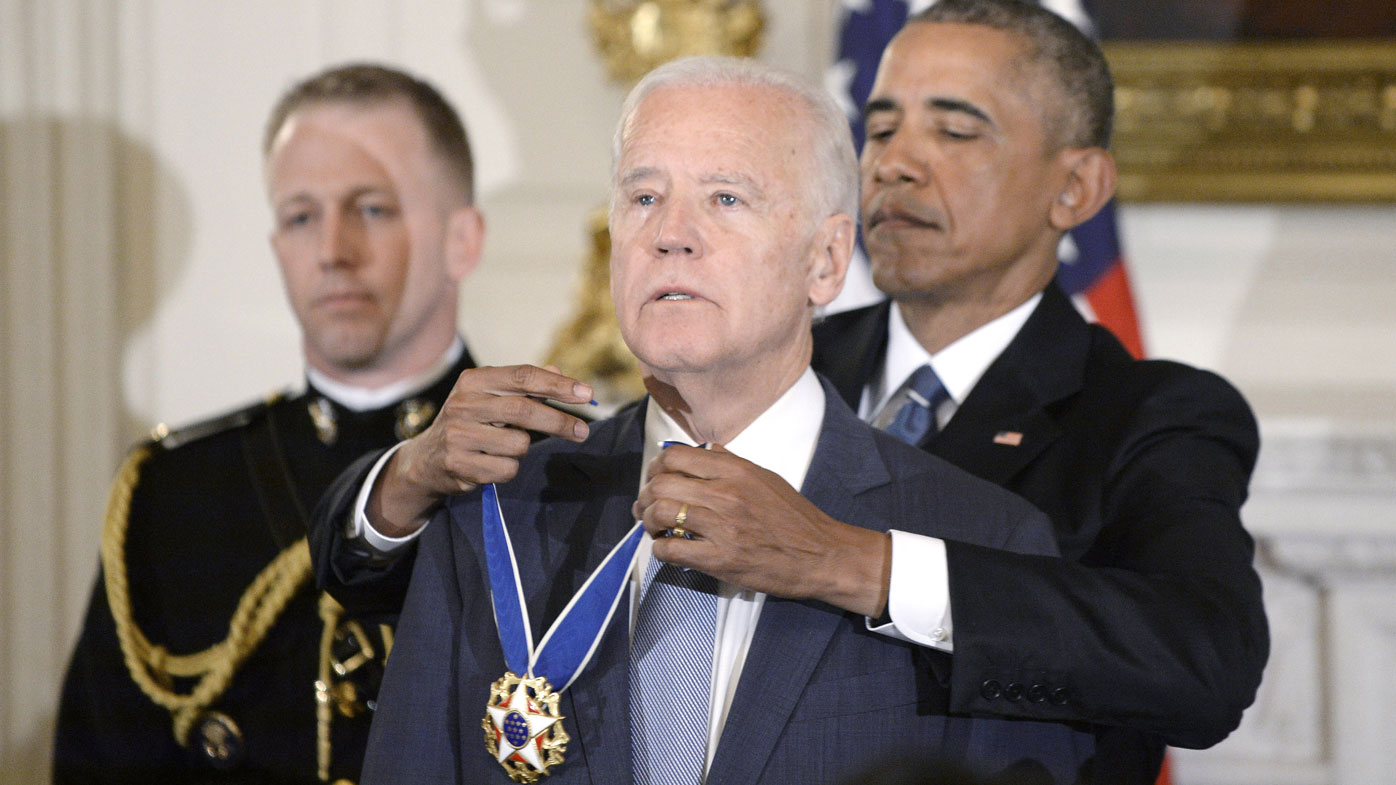 The president-elect's allies, though, say it is that delayed, circuitous route that prepared him for 2020, when he could finally offer himself not just as another senator or governor with 10-point plans and outsize ambition.

Instead, from launch on April 25, 2019, Biden sold himself as the experienced, empathetic elder statesman particularly suited to defeat a "dangerous" and "divisive" president and then "restore the soul of the nation" in Trump's wake.

"A lot of people dismissed it," said Karen Finney, a top aide to nominee Hillary Clinton in 2016. "But when I saw his opening speech, talking about the fight for the soul of the country, I said, 'He gets it.' That's what a president does. A president looks around the country and understands what's happening."

"Biden met the moment," she said. 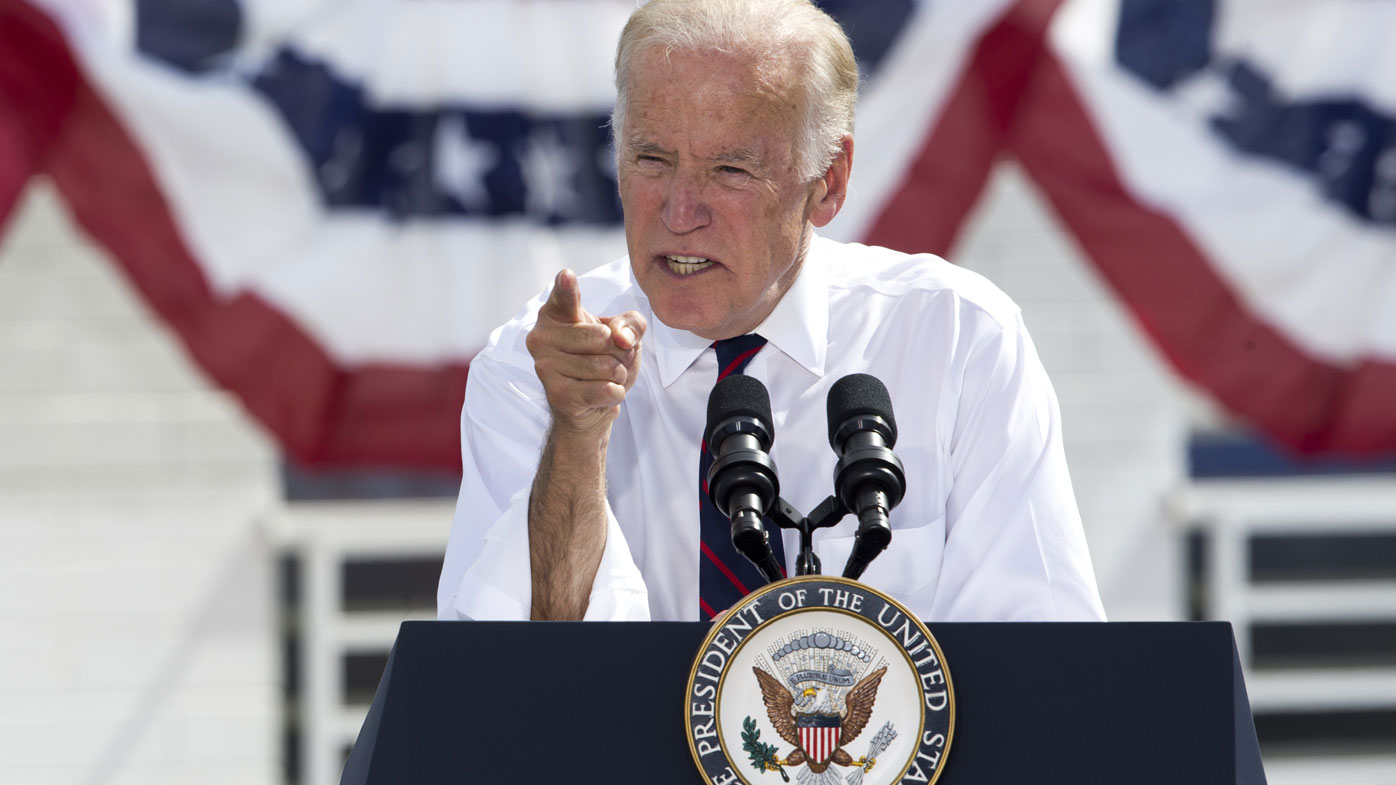 His victory, though, did not come with the usual trappings. He did not bring along a clear Democratic Senate majority, and several Democratic House candidates lost, raising the prospect of a closely divided government likely to test his promise of bipartisanship. State legislatures also did not flip even as Biden was winning the popular vote by about 5 percentage points.

In his first public statement as president-elect Saturday, Biden acknowledged the tensions that surely will linger, but called on Americans "to put the anger and the harsh rhetoric behind us and come together as a nation ... to unite, and to heal."

Biden first joined a Democratic primary race shaped by nearly two dozen rivals — most considerably younger — already deep into an ideological fight over issues from universal health care to taxation of billionaires. Biden took an open lane, settling where he spent his 36 years as a Delaware senator: a mainstream liberal with an establishment, deal-making core. But his visceral, emotional appeal transcended party identity. 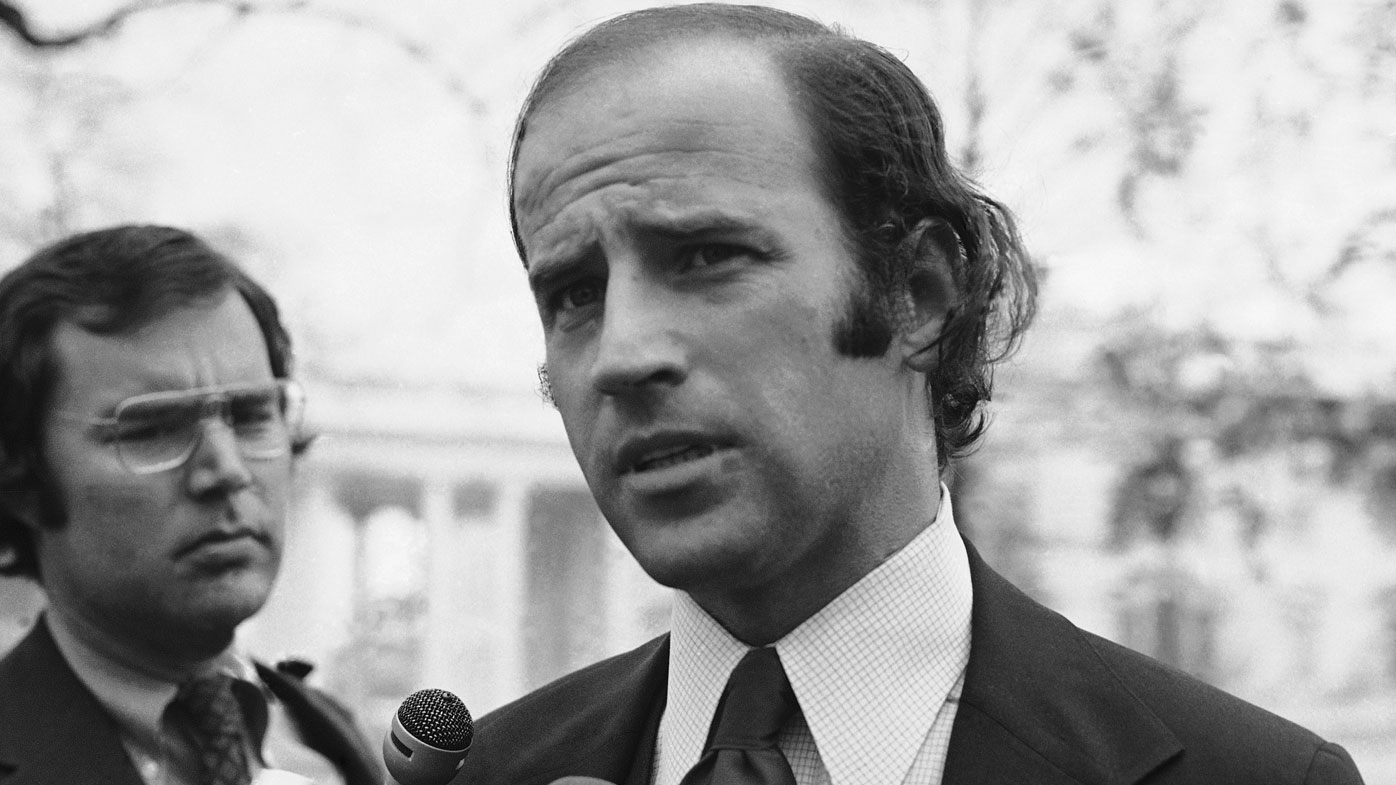 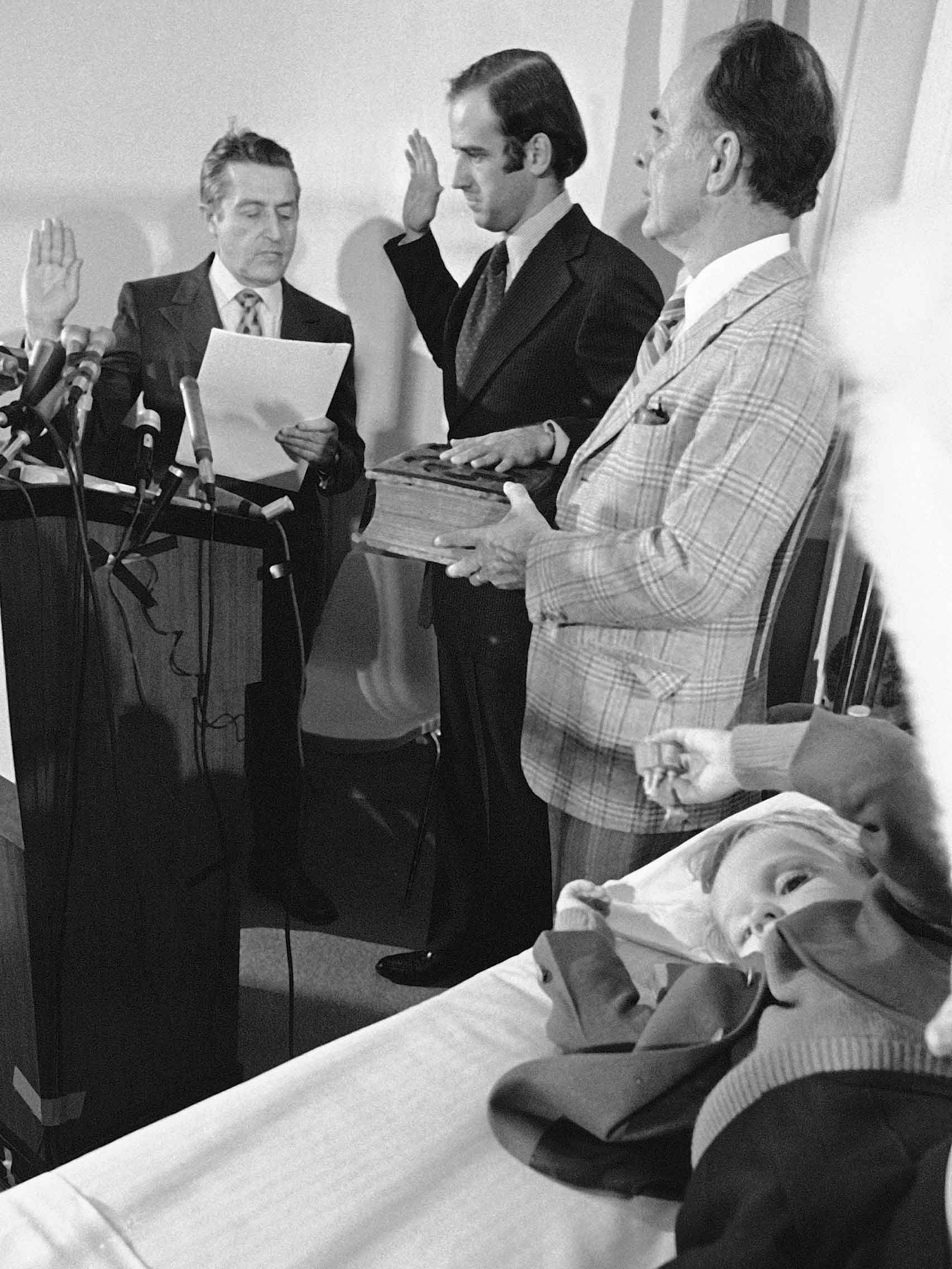 When he warned that reelecting Trump "would forever alter the character" of America, Biden was drawing on life and political experience to tell his fellow Democrats they were having a premature debate. In his estimate, they were arguing over where the metaphorical train should go when, in fact, the train was — and remains — off the rails.

Biden was the presumed front-runner he hadn't been in 1987, when his first White House bid ended embarrassingly with a plagiarised speech; or in 2008, when he was trounced in the Iowa caucuses by Obama and others; or even in 2016, when the combination of his son Beau's death in 2015 and Obama's behind-the-scenes support for Clinton forced him to pass on the race.

READ:  America's billionaires have grown $1.1 trillion richer during the pandemic

Yet Biden was a wobbly 2020 favourite. He was well-regarded, even beloved as his party's "Uncle Joe," a loyal deputy to Obama, but he faced a river of criticism as too old, too moderate, too white, too wistful, too senatorial. 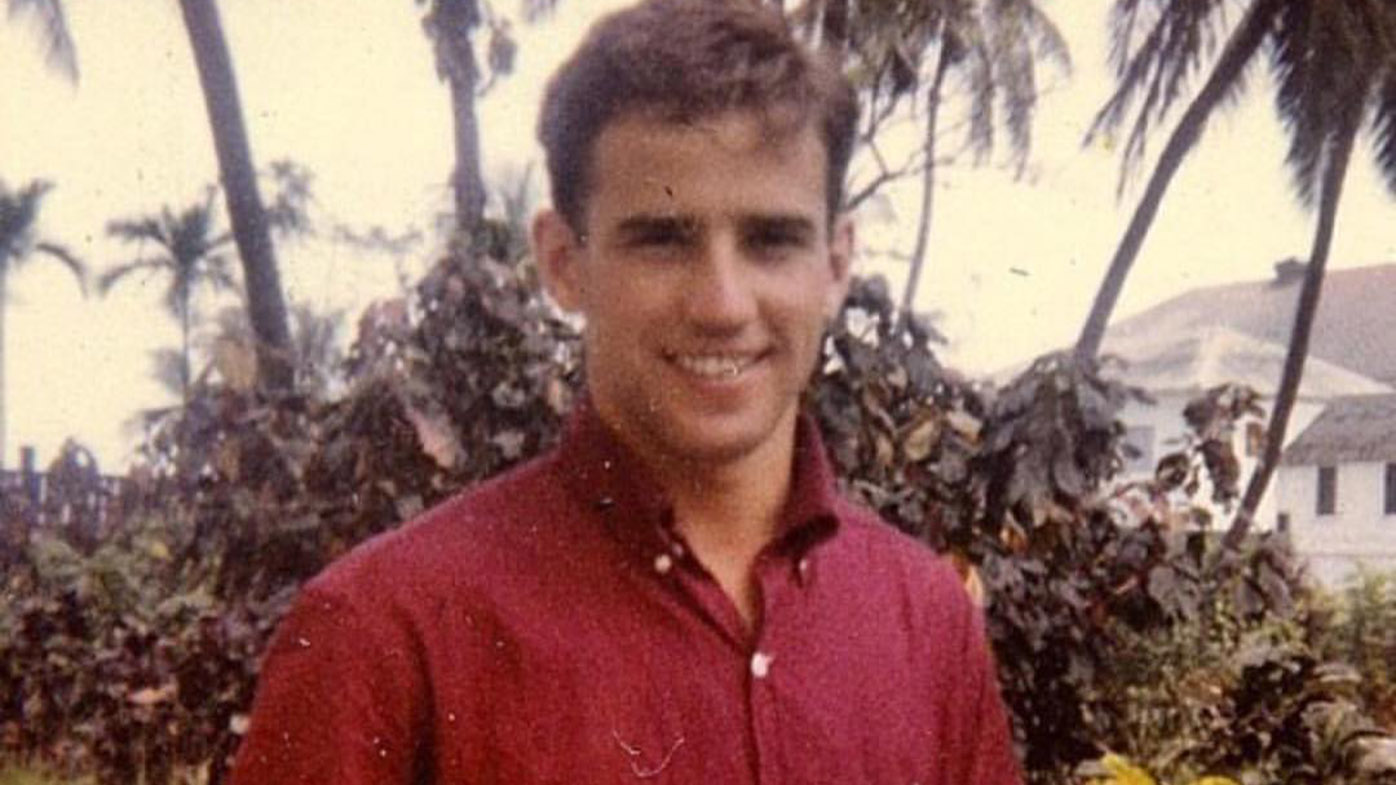 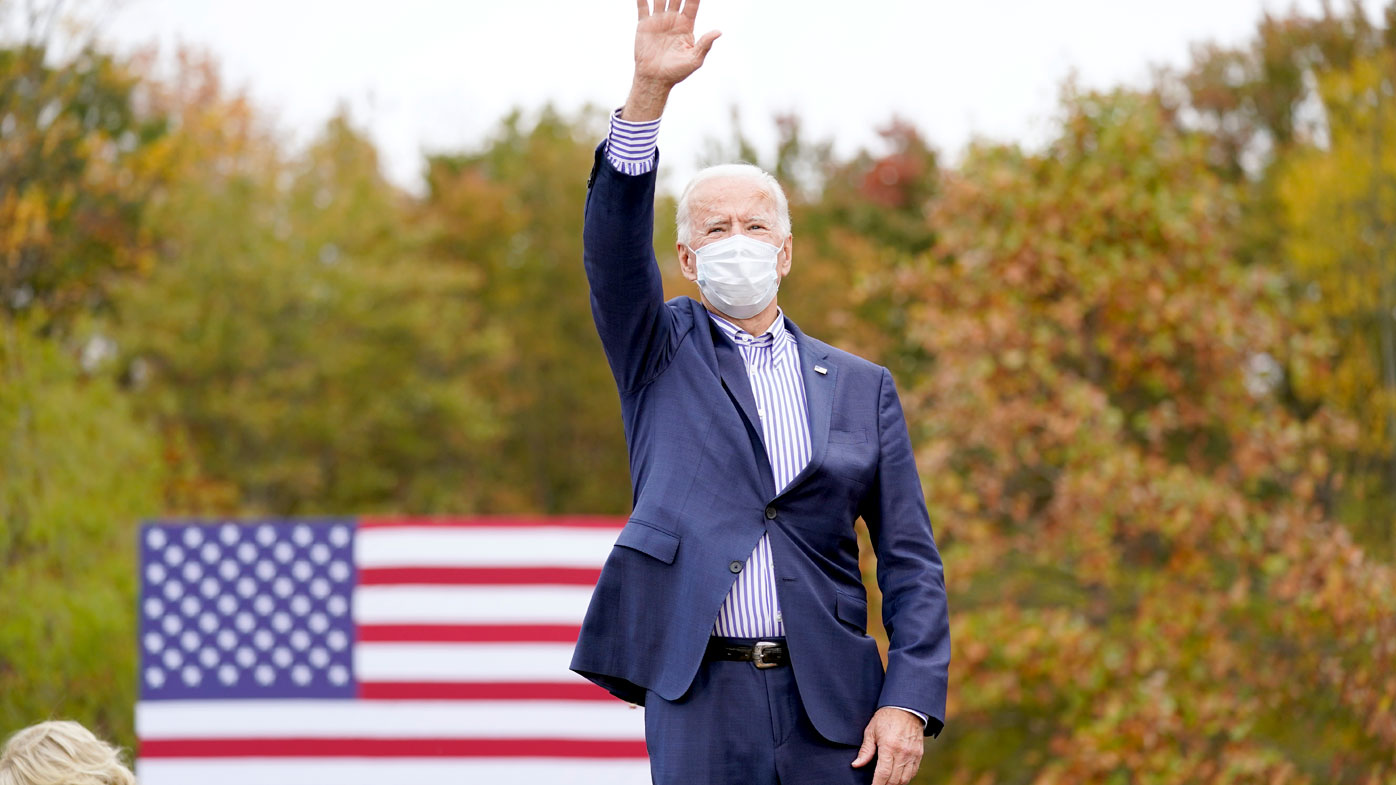 He was not the same figure who'd first gone to Iowa in the 1988 cycle as a young star in his party, a gifted orator whose booming speeches could fill a room while at the same time making a connection with the legacies of the Democratic coalition Franklin Roosevelt built.

Though he eventually built out a policy agenda for an ambitious presidency, there was no signature proposal for a grand program like "Medicare for All." Biden emphasised more personal traits.

His empathy — traced to a debilitating childhood stutter, a 1972 car crash that killed his first wife and infant daughter weeks after his election to the Senate, and then Beau's death as an adult — wasn't something he could easily marshal on a crowded debate stage. 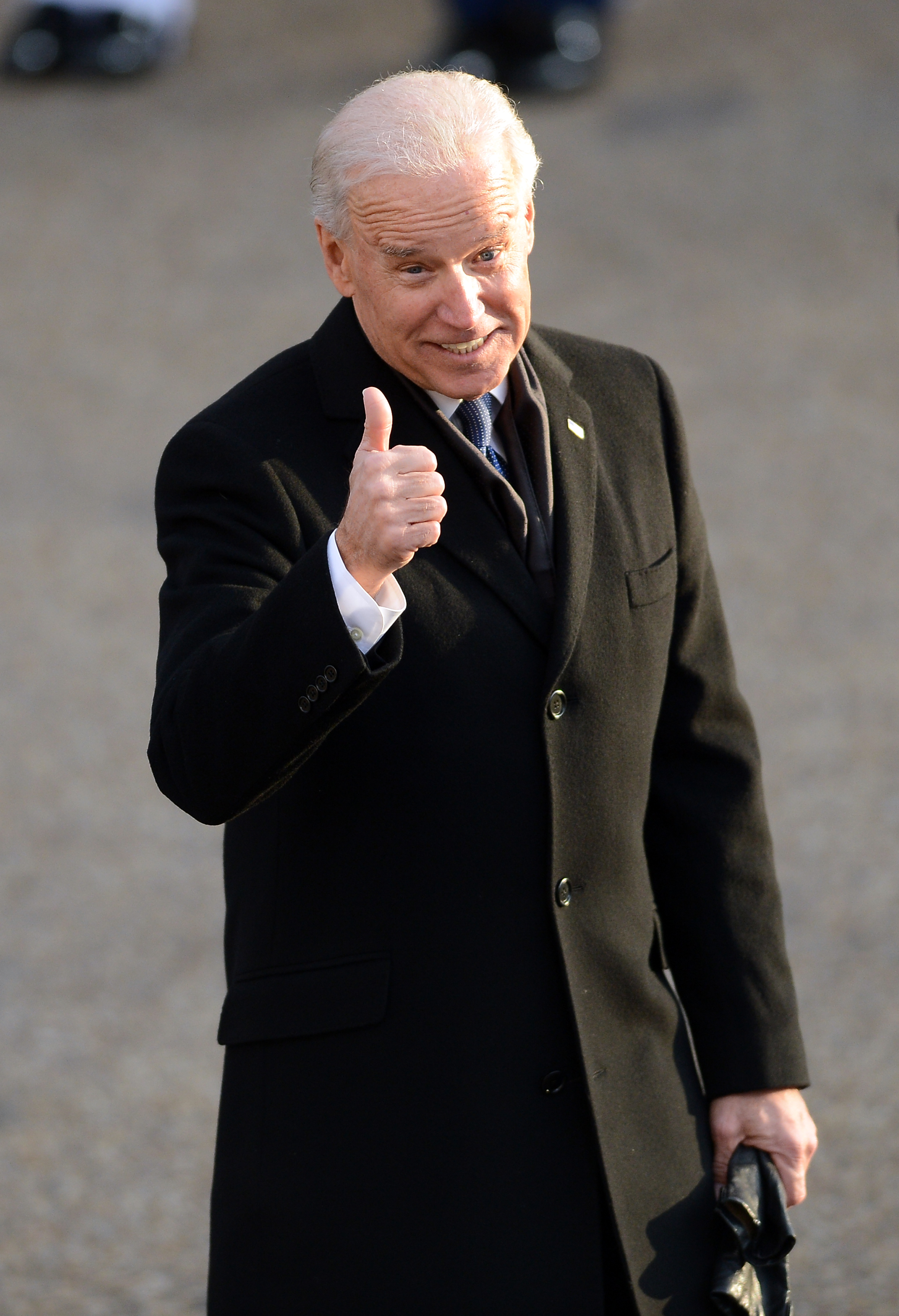 Recalling decades on Capitol Hill meant reminiscing about the days of a Senate that still included old Southern segregationists, and it invited scrutiny of his votes for criminal justice laws, trade and tax deals, and war resolutions that are anathema to younger Democrats.

Talking so much about his family played into Trump's efforts to sully Joe Biden and son Hunter as corrupt. Even Biden's umbrage about Trump's racist rhetoric highlighted that he was also a white establishment figure, vying to lead a party whose energy comes from women, Black and Latino voters and young people.

When the nominating process started, Biden lost badly in both Iowa and New Hampshire, inviting talk about how he might make a graceful exit from the race.

He found emphatic redemption, powered by Black voters so vital to any Democratic candidate, by winning the South Carolina primary and resetting the race in his favour. That victory sent a message to Democratic voters in key states that Biden could build a winning coalition.

READ:  NSW Premier promises a 'glimmer of hope' is just days away 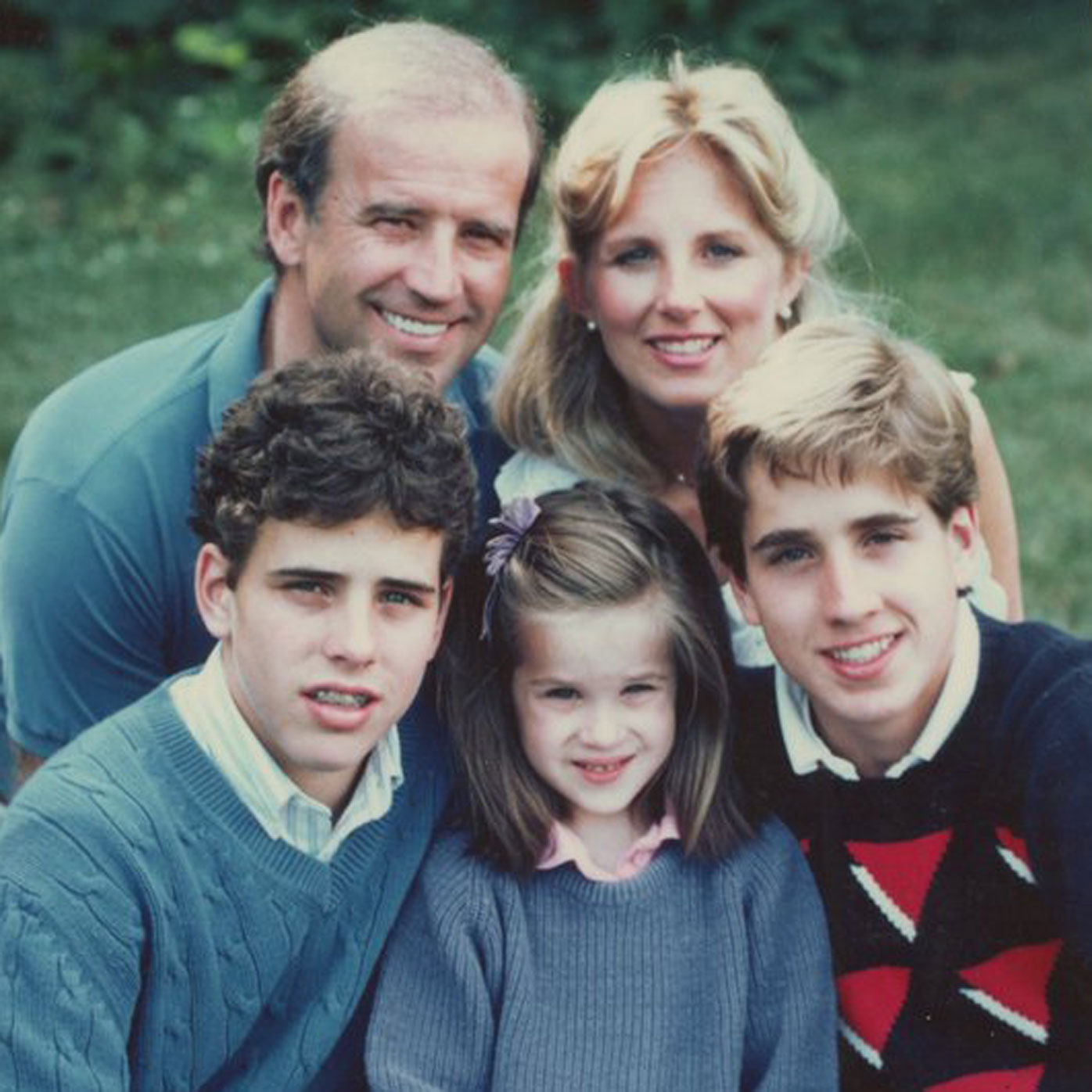 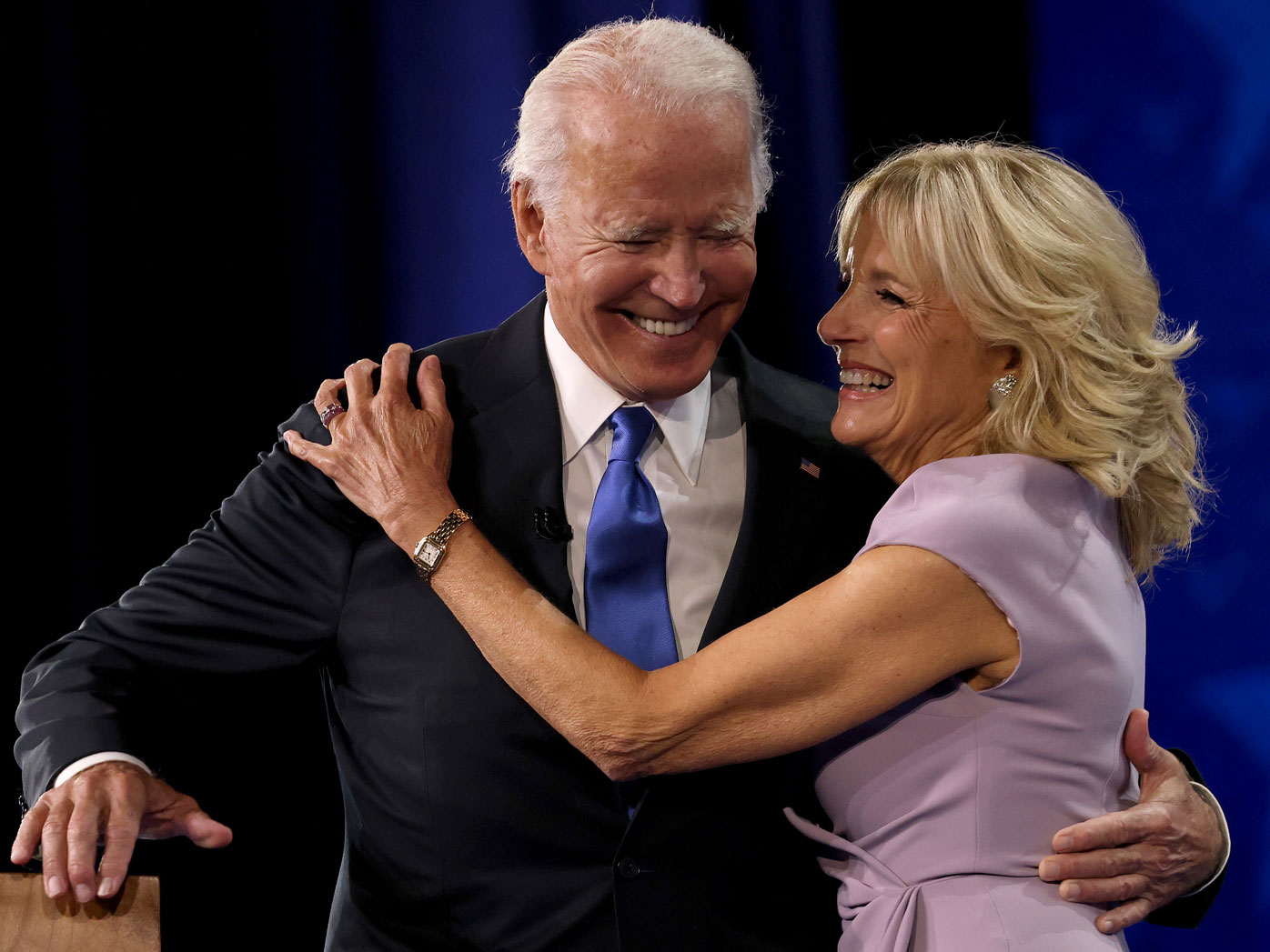 "I endorsed Joe Biden as soon as he announced because I thought he was the only candidate who would ever win" battleground states, said Gwen Graham, a former Florida congresswoman and 2018 candidate for governor. Graham, whose father served with Biden in the Senate, cited the president-elect's "centrism and experience" as primary reasons, but added another trait she said was critical in the era of Trump.

"Joe Biden is just a fundamentally decent man," she said.

House Majority Whip Jim Clyburn, the highest-ranking Black member of Congress and South Carolina's most influential Democrat, leaned on the same assessment when he made his seminal endorsement in February, days ahead of what would become Biden's first primary victory in 32 years of presidential campaigns.

"We know Joe," Clyburn said with emotion. "But most importantly, Joe knows us." 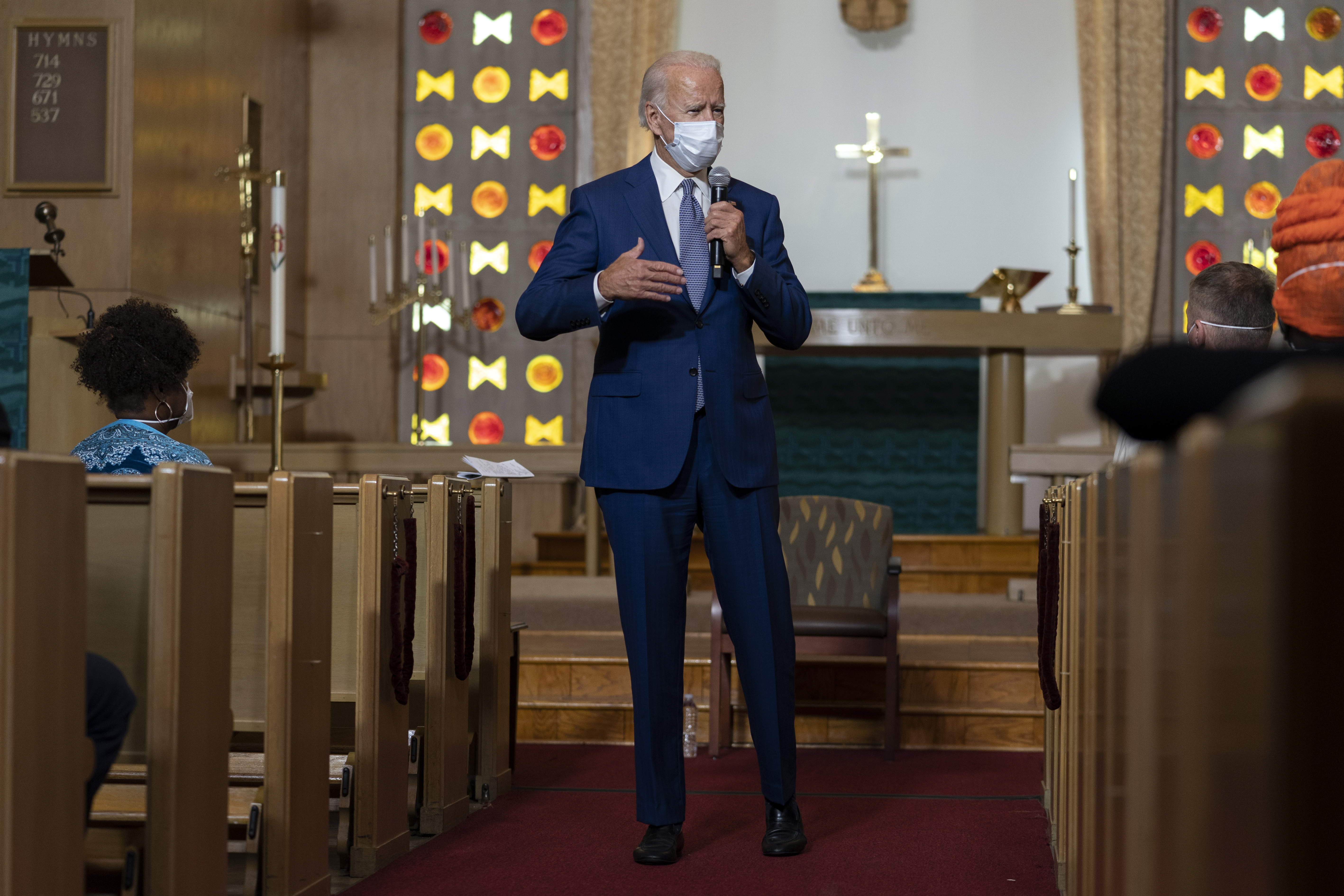 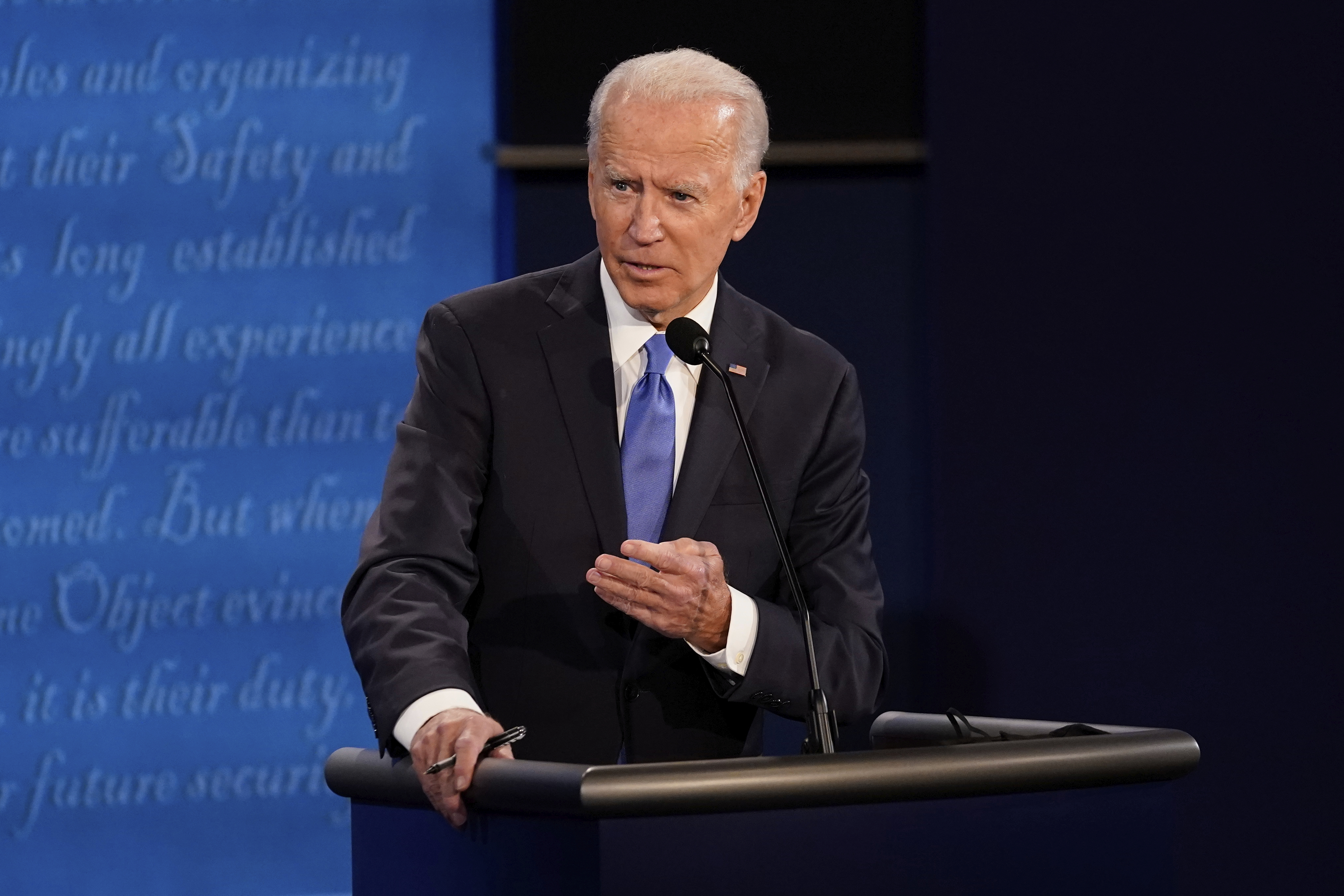 It's an open question whether the bond Biden formed first with Black voters and then with moderate white Democrats would have expanded into a general election victory if the COVID-19 pandemic — and Trump's repeated dismissal of its economic and health threats — hadn't come to dominate 2020. And it's certain the president-elect now faces a different challenge as he seeks to turn his November coalition into a governing alliance.

But it's not debatable that Biden's core pitch, rooted in his political and personal biography, was the same when he launched his campaign in the spring of 2019 as it was when he won the South Carolina primary in February 2020 and as he closed out his campaign against Trump.

Obama, awarding that rare civilian honour to a man he said in 2017 was headed to life as a private citizen, had one thing right: "He's nowhere close to finished." 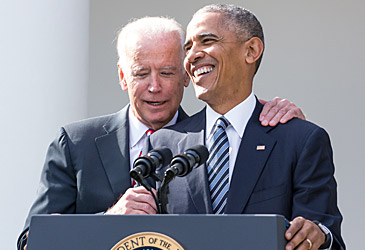