A number of arrests have been made after violence broke out between pro- and anti-Trump groups in New York.

A number of arrests have been made after violence broke out between pro- and anti-Trump groups in New York.

Brawls broke out in Times Square and other parts of the city as a 'Jews For Trump' convoy formed by hundreds of cars rolled through Manhattan and Brooklyn.

Videos posted to social media show how confrontations in the streets turned ugly. 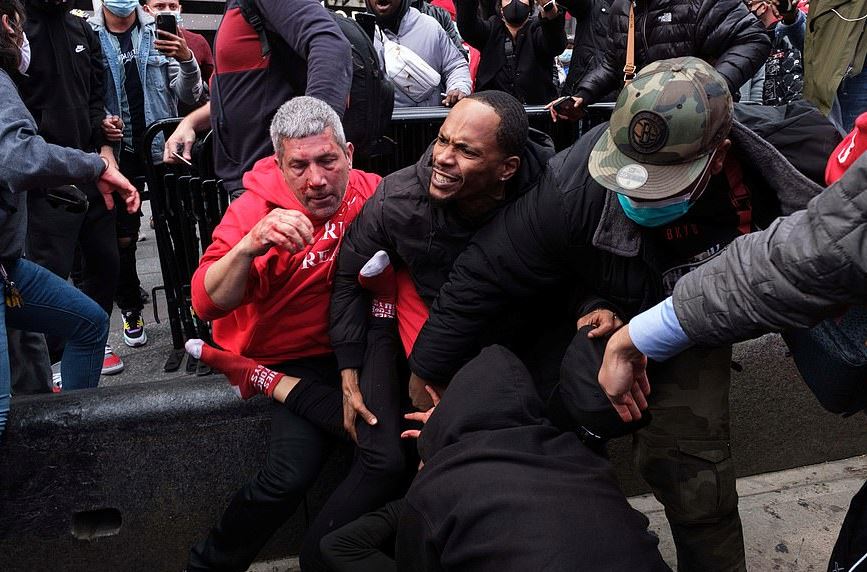 One man is sent flying with a kick, a Donald Trump supporter is pushed to the ground and kicked, and former mayor Rudy Giuliani was abused as he sat in his car.

NYPD officers broke up some of the skirmishes, taking at least five men and two women into custody.

Police are also investigating videos that show a rock being thrown at a vehicle bearing 'Jews for Trump' flags, and also eggs being lobbed at the convoy.

The event ended with a rally in Marine Park, Brooklyn, intended to show support for the Red Zone community, coronavirus hotspots where schools and non-essential businesses have been closed. 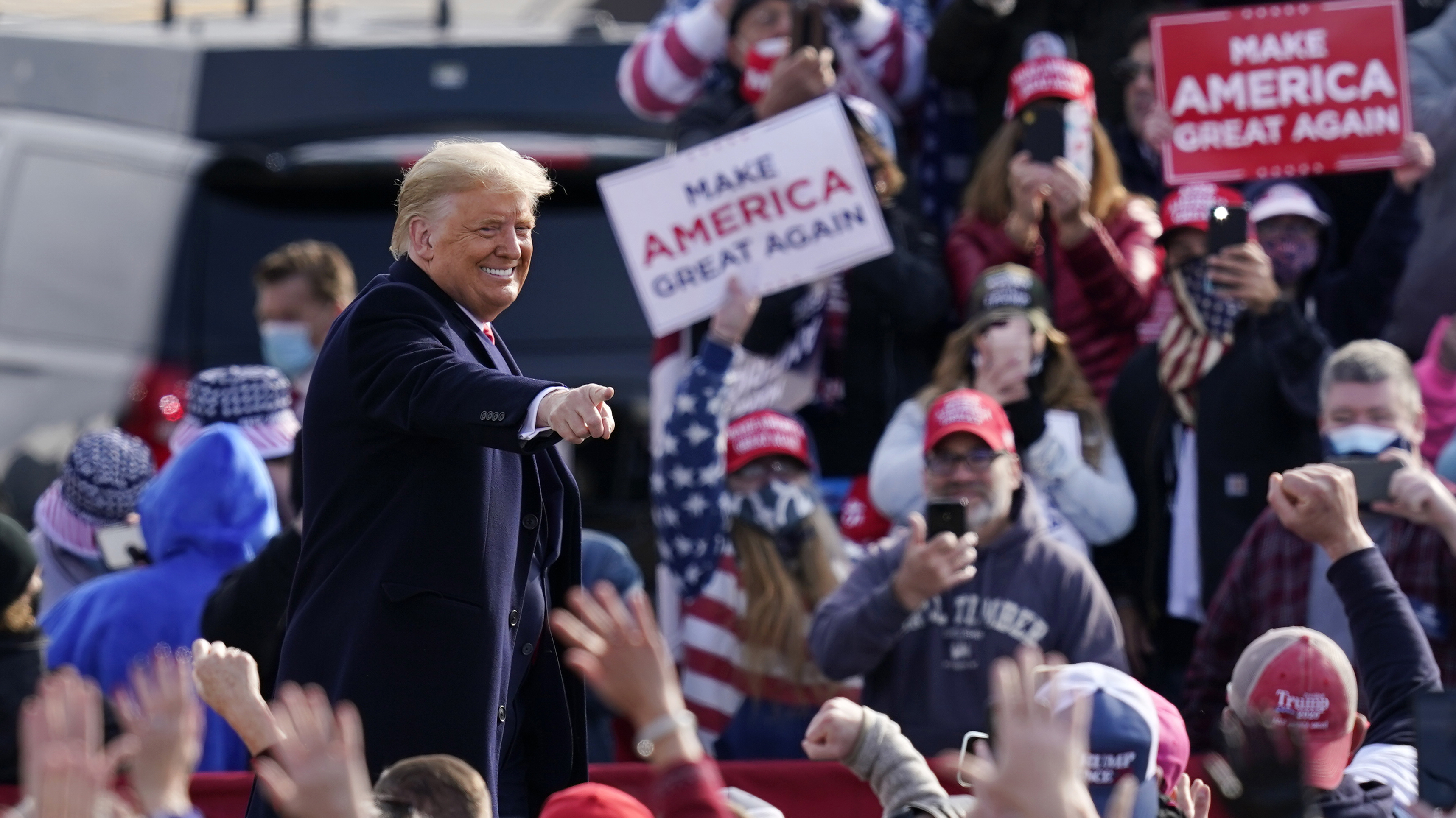 It also follows weeks of protests at a ban on gatherings in Orthodox Jewish neighbourhoods.

Eighty-three per cent of Jewish people polled by Ami magazine said they would be voting for Trump, who recognised Jerusalem as the capital of Israel and relocated the US embassy there.

There are 5.7 million Jewish people in the United States, almost one-third of those in New York.

It's estimated that this election could see the biggest voter turnout since 1908, when William Taft – a Republican – succeeded Theodore Roosevelt. 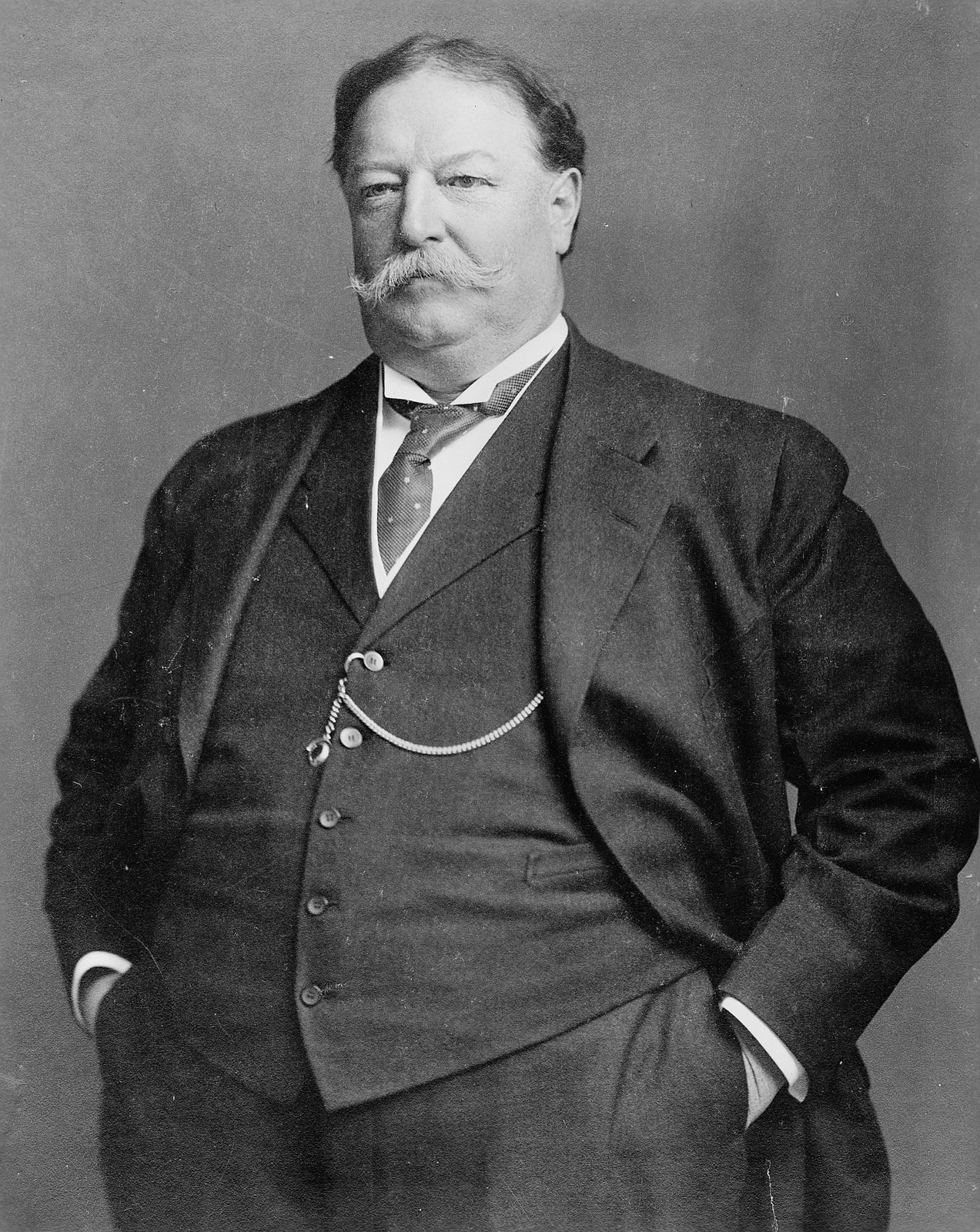 Michael McDonald, the University of Florida professor who administers the US Elections Project has predicted 65 per cent of eligible voters will exercise their right – that equates to around 150 million Americans.

READ:  Cop in coronavirus helmet warns people to stay inside

The President voted for himself in Palm Beach, Florida, on Saturday.

Mr Trump, meanwhile, hosted rallies in New Hampshire and North Carolina on Sunday (local time), also dropping in to a farmers' market in Maine, New England, and getting back to the White House in time for the traditional Halloween event, which saw the President and First Lady greeting a parade of trick-or-treating children from a distance.

Mr Trump was typically upbeat about COVID-19 despite the U.S. setting a daily record of 83,000 cases on Friday.

"Even without the vaccines, we're rounding the turn," he told supporters.

Former Vice President Joe Biden spoke in Pennsylvania on Saturday at an event attended by Jon Bon Jovi, and the Democratic nominee has promised to be more visible this week. 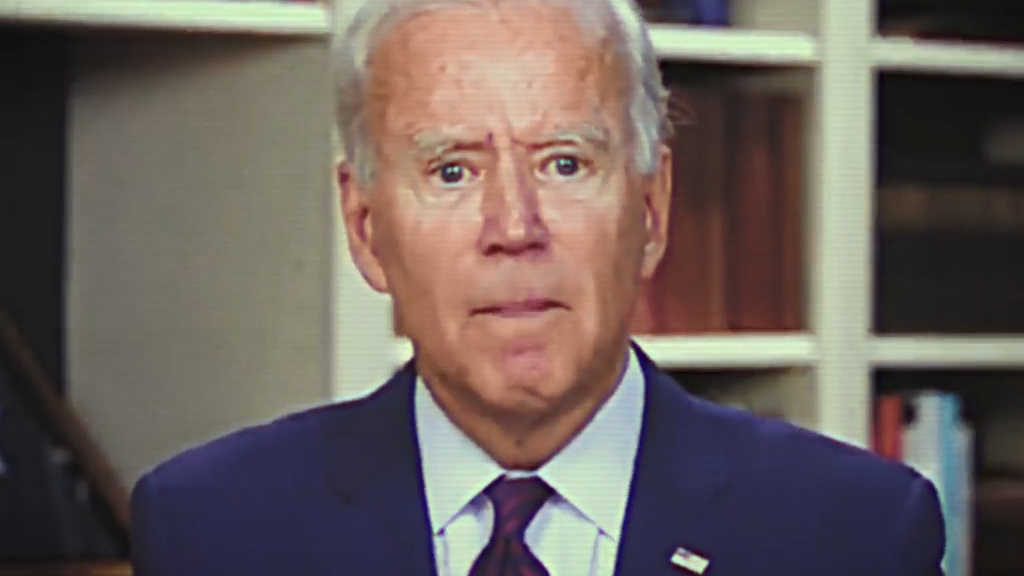 He let Brad Pitt do the talking for him yesterday as a new ad narrated by the movie star was shown during game four of World Series baseball, which was watched by around 10 million viewers.

Mr Trump's campaign hit back with an ad warning voters how to spot a zombie, suggesting the "corpse-like" Mr Biden fitted the bill.

With nine days still to go, one of the most vicious presidential races ever seems likely to plumb further depths.