Two presenters on Namibia’s flagship broadcaster have gone viral after their excruciatingly awkward exchange was seen live on air.

We've all faced disagreements at work, or been trapped in an uncomfortable stand-off after getting in someone's bad books.

Luckily for most of us, our workplace squabbles aren't usually broadcast live to a viewing nation or seen by millions of internet users worldwide.

Two presenters on Namibia's flagship broadcaster have gone viral after their excruciatingly awkward exchange was seen live on air. The argument began when news anchor Elmarie Kapunda threw to her colleague Jessica Kaimu for a sports segment.

Ms Kapunda went on to introduce the segment further, before Ms Kaimu cut her off: "No, you're not going to do that. You're just going to greet me, and say, 'take it away,'" she said.

"Jessica, we are live," Ms Kapunda replied -- prompting a cringe-inducing silence between the pair, which neither presenter dares break. They are ultimately saved by the news program's graphics, which pop up out of nowhere to put them and the viewing public out of their misery.

But unfortunately for Ms Kapunda and Ms Kaimu, a Twitter user captured the moment and their tweet went viral.

Now, several people online -- and even the presenters of a South African news program -- have recreated the moment.

READ MORE: Man charged with murder after woman found dead in her home on a quiet street near Nowra 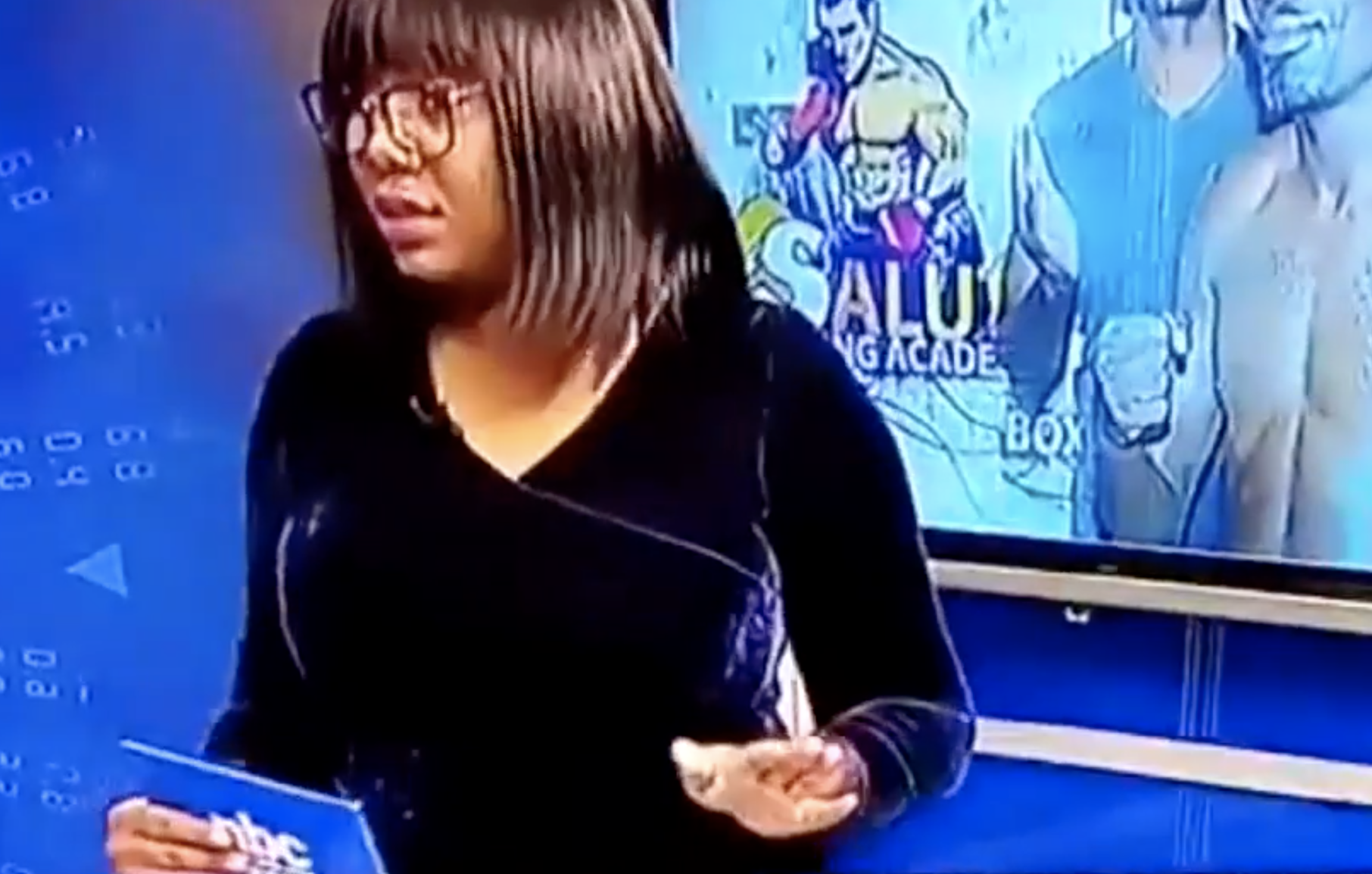 Lazarus Jacobs, the chairperson of the network's board, told CNN: "Unfortunately for the sports presenter, I don't know what happened in her earpiece, (but) she did not realise she was on air. What people heard and saw was something that was supposed to happen behind the scenes."

Nonetheless, the phrase "Jessica, we are live" has gone viral throughout Namibia, South Africa and beyond, with online users expressing shock and support for the newsreaders. Many assumed the two newsreaders had been disagreeing off-air, with some taking sides in the perceived debate.

READ MORE: Veteran filmmaker and marine conservationist says more effort must be made to protect sharks

"Who was wrong on the 'Jessica we are live' day?" one user asked in a viral tweet, imagining the question to appear on Namibian history tests in two decades' time.

"Finally Namibia has a Celebrity and her name is Jessica. The whole of Africa is celebrating her like Madiba," another added.

But Mr Jacobs told CNN: "There was no disagreement of any sort. The two ladies are good colleagues (and) last night they had a live chat where they had a good laugh about it."

"Once you realise that you are on the air and you've said something that might be inappropriate for the viewer, you basically freeze," Mr Jacobs said, adding that the pair have agreed to take part in on-air training but dismissing reports in local media that they would be removed from their positions.

"I personally spoke to the two ladies to reassure them their job security is not in jeopardy. This was an honest mistake, it could happen to anybody," Mr Jacobs told CNN.