The additions include Japan’s northern island state of Hokkaido, where the Olympic marathon will be held, as well as Hiroshima and Okayama in western Japan.

Japan is further expanding a coronavirus state of emergency to three additional areas ahead of the Tokyo Olympics.

The state of emergency is currently in Tokyo and five other prefectures. The additions include Japan's northern island state of Hokkaido, where the Olympic marathon will be held, as well as Hiroshima and Okayama in western Japan.

Bars, karaoke parlours and most entertainment facilities are required to close. Business owners who comply will be compensated; those who don't could face fines. 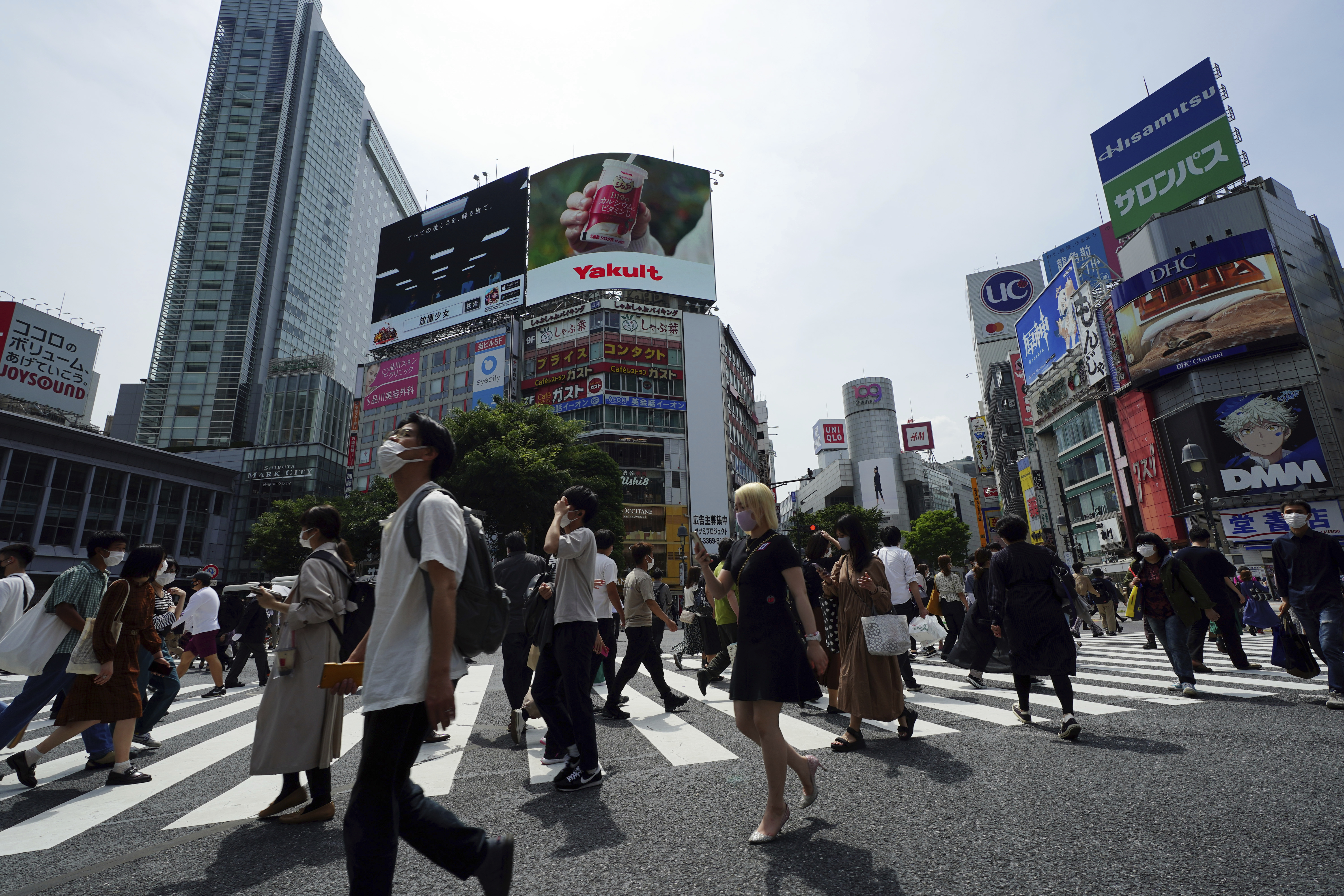 The expansion of the state of emergency is a major shift from the government's initial plan that relied on less stringent measures.

Japan has been struggling to slow coronavirus infections ahead of the postponed Olympics, which are scheduled to start July 23.

The news comes as an online petition with more than 350,000 signatures calling for the Tokyo Games to be cancelled was submitted Friday to local organisers, the International Olympic Committee and others.

The Olympics are scheduled to open in just 10 weeks on July 23 in the midst of a pandemic with Tokyo and other areas under a state of emergency. Cases continue to rise in Japan, where less than 2 per cent of the population has been fully vaccinated. 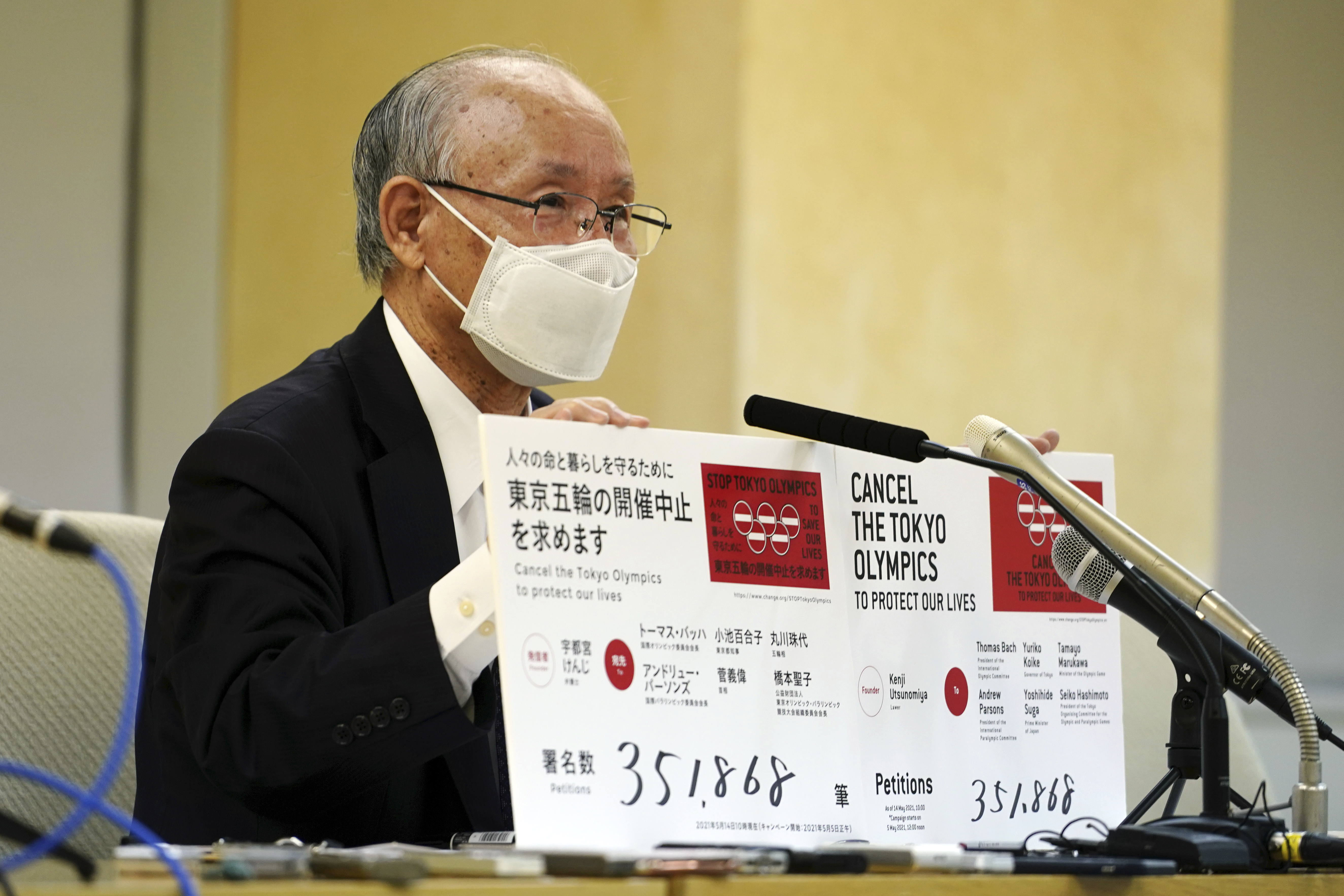 The petition campaign — called "Stop Tokyo Olympics" — was drafted by well-known lawyer Kenji Utsunomiya, who has also run for governor of Tokyo. He said the response was surprising but acknowledged that this was too little, and probably too late.

"I think that the media coverage puts a lot of pressure on the IOC, the International Paralympic Committee, the Japanese government, the Tokyo Metropolitan Government and the organising committee," Utsunomiya said at a news conference.

"So in that sense, I am glad I did it. However, in terms of the numbers, I think that tens of millions of signatures are really necessary."

Utsunomiya said the Olympics would divert medical services from the general public, which has been a rising concern as hospitals come under strains that could get worse as the games approach.

Organisers and the IOC say they will hold the games safely, isolating 15,400 Olympic and Paralympic athletes in a "bubble" and repeatedly testing them and the tens of thousands of others — judges, staff, sponsors, media and broadcasters — who will enter a country that has had its borders sealed for a year.

Japan has attributed about 11,000 deaths to COVID-19, good by world standards but poor in Asia where places like Taiwan and South Korea have been more successful.

There in no indication the Olympics will be cancelled with billions of dollars riding on it, although there has been opposition from the local medical community. 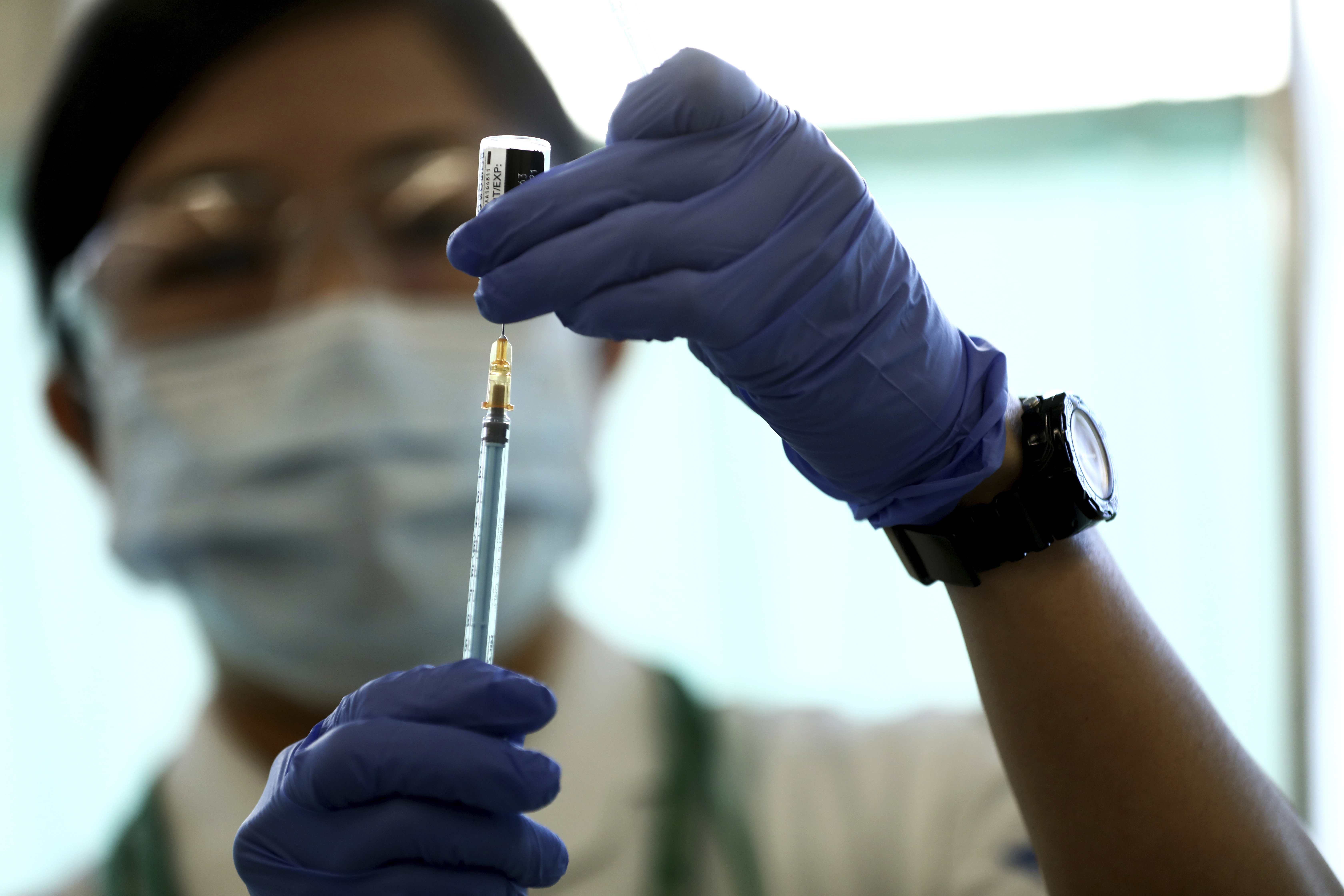