Awards season have long been associated with edgy, forward-thinking fashion, but Jane Fonda made a powerful statement by reprising an ensemble from her closet. The “Grace and Frankie” star turned up at the 2020 Academy Awards Sunday in…

Awards season have long been associated with edgy, forward-thinking fashion, but Jane Fonda made a powerful statement by reprising an ensemble from her closet.

The “Grace and Frankie” star turned up at the 2020 Academy Awards Sunday in a red beaded gown by Elie Saab. She’d previously worn the dress six years earlier to the premiere of “Grace of Monaco” at the 2014 Cannes Film Festival.

Fonda, who paired the dress with Pomellato jewelry, also used the night to debut a gray pixie cut, a striking departure from her signature blond locks. 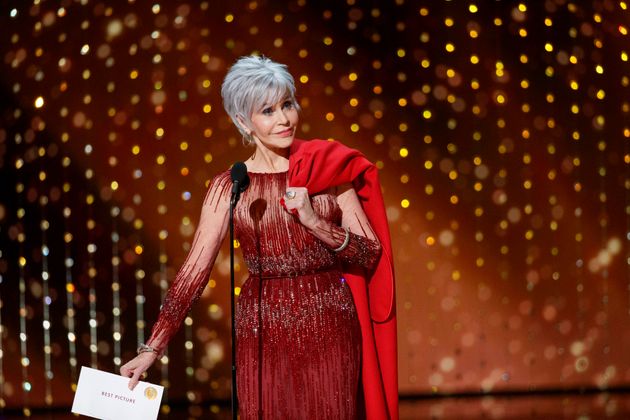 The actor’s much-buzzed-about look was an environmental conscious choice. In recent months, she’s been spearheading “Fire Drill Fridays,” a series of large-scale protests in Washington, D.C., to urge action around climate change, with Greenpeace.

During one such event in November, Fonda vowed to stop purchasing new clothes. Citing Swedish environmental activist Greta Thunberg as inspiration, she proclaimed the red coat she’d worn to the protest would be the final article of clothing she’d purchase in her lifetime. 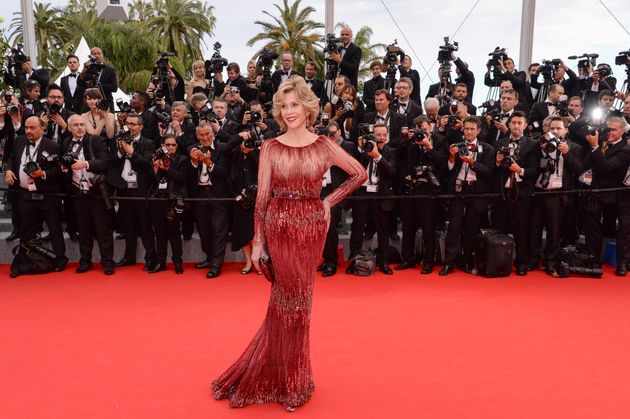 “I grew up when consumerism wasn’t ― didn’t ― have such a stranglehold over us,” she said at the time. “So when I talk to people about how we don’t really need to keep shopping — we shouldn’t look to shopping for our identity; we just don’t need more stuff, then I have to walk the talk so I’m not buying any more clothes.”

Fonda has been arrested five times during “Fire Drill Fridays,” and has been photographed in the red coat during each apprehension. She had the coat slung over her arm Sunday as she made her way to the Dolby Theatre stage to present the award for Best Picture to “Parasite.”

READ:  California woman says she drowned children to protect them

Though Fonda’s “Grace and Frankie” filming schedule requires her to be based in Los Angeles, she has no plans to give up “Fire Drill Fridays.” Last week, she joined actor Joaquin Phoenix and other activists at the Los Angeles City Hall for a protest, and she has plans for more events around the nation with the goal of making the 2020 presidential election more climate-focused.