The coronavirus outbreak has hit home overnight among the well-born and the desperately poor alike as Britain's Prince Charles tested positive and India's 1.3 billion people, or one-sixth of the Earth's population, found themselves under lockdown.

Meanwhile, US lawmakers finally agreed on a mammoth economic relief package, buoying stock markets around the world, and President Donald Trump said he wants to see the country get back to business in a matter of weeks, over the objections of public health experts.

Russian President Vladimir Putin postponed a nationwide vote on proposed constitutional amendments that could enable him to extend his hold on power. And in Spain, the death toll eclipsed that of China, where the outbreak began. Spain is now second only to Italy in the number of dead, with over 3,400.

"If we are not already at the peak, we are very close," said Fernando Simón, head of Spain's health emergency coordination center. "I cannot say that we have reached it." Even once the numbers crest, it would be "counterproductive" to think about relaxing restrictions anytime soon, he added. 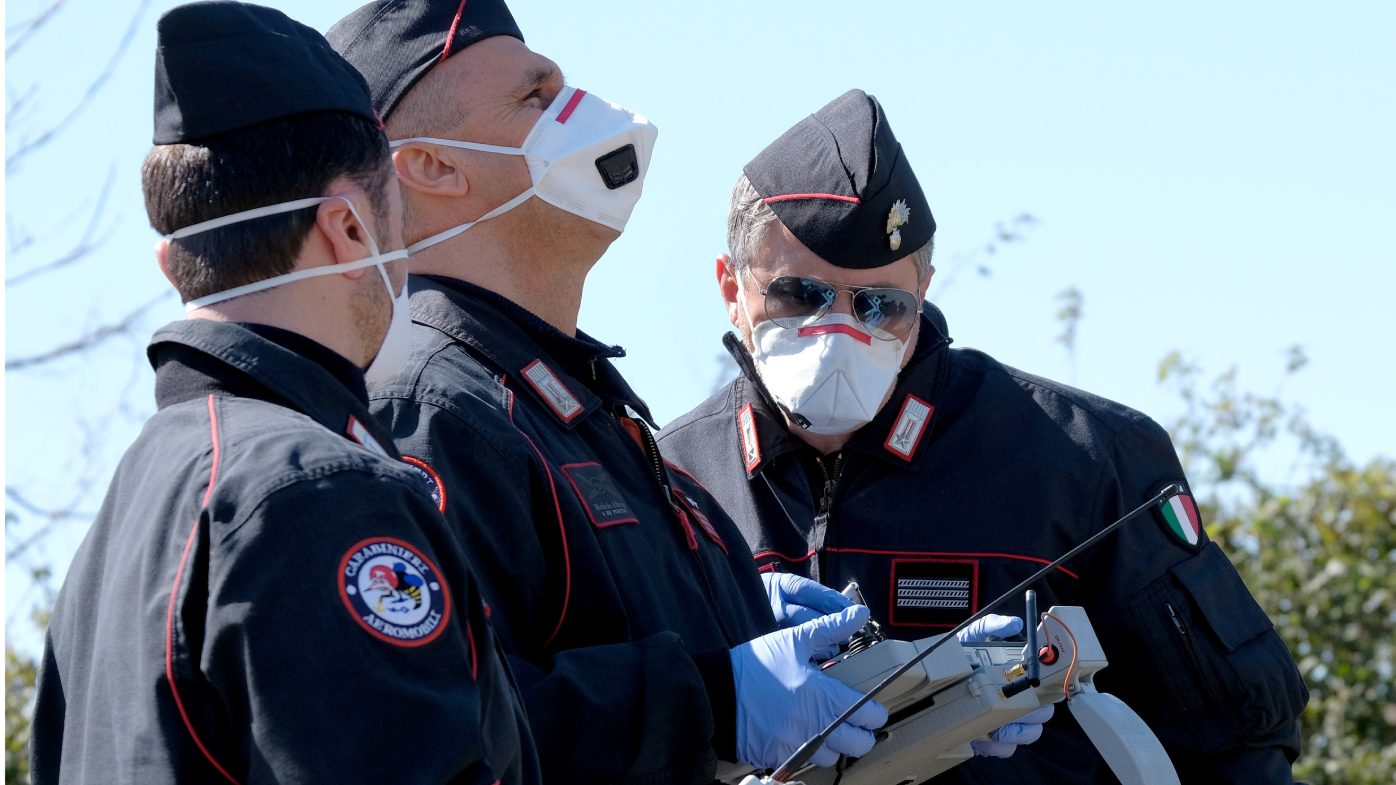 More than 435,000 people worldwide have been infected and the number of dead exceeded 20,000, according to the running count kept by Johns Hopkins University. Overall, more than 100,000 have recovered.

Coronavirus fatalities in Italy have surged in the last 24 hours, dashing hopes the epidemic in the world's worst-hit country is easing.

The death toll rose by 743 on Tuesday, the second-highest daily tally since the outbreak emerged in northern regions on February 21, and up steeply from the 602 recorded on Monday.

Italy has seen more fatalities than any other country, with latest figures showing that 6820 people have died from the infection in barely a month.

The total number of confirmed cases hit 69,176 on Tuesday.

In Spain, the death toll eclipsed that of China, where the outbreak began. Spain is now second only to Italy in the number of dead, with over 3,400.

"If we are not already at the peak, we are very close," said Fernando Simón, head of Spain's health emergency coordination centre. "I cannot say that we have reached it." Even once the numbers crest, it would be "counterproductive" to think about relaxing restrictions anytime soon, he added.

In Spain, deaths shot up by more than 700 in a day. The country said it is buying 432 million euros (US$467 million) of medical supplies from China, including 500 million masks, 5.5 million fast test kits and 950 ventilators.

Spanish media reported that 23 residents of a Madrid retirement home died from COVID-19 or symptoms related to the virus. The home's management said it had been pleading for more staff and supplies, including virus tests, after 55 of its workers had been forced to take medical leave.

More than 6,400 of the country's medical workers have been infected in overburdened hospitals and intensive care units, accounting for roughly 13 per cent of Spain's cases, the Health Ministry said. 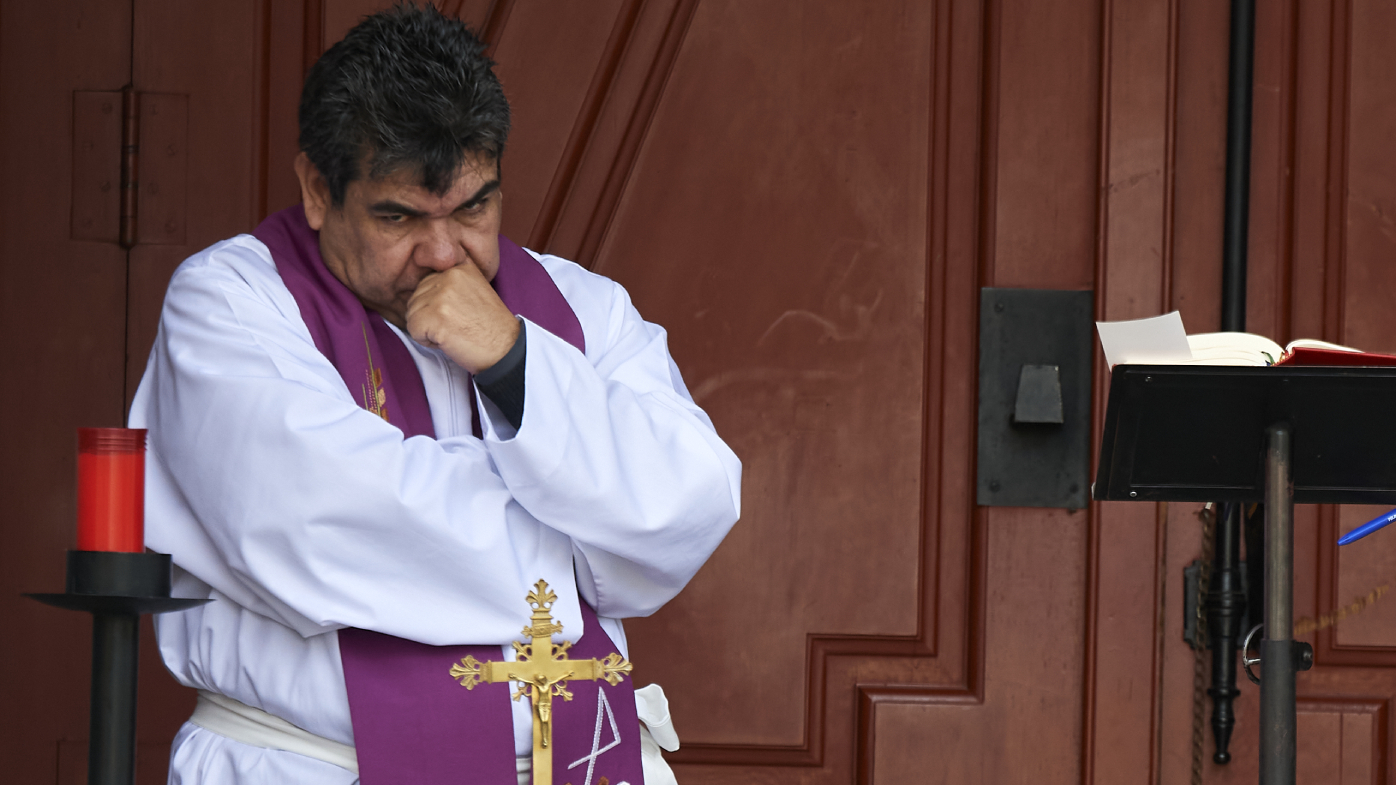 Russian President Vladimir Putin postponed a nationwide vote on proposed constitutional amendments that could enable him to extend his hold on power.

Russia reported 163 new cases on Tuesday night, for a total of 658. The country has now reported its first deaths from the virus: two elderly patients who also had underlying conditions.

In the United States, infections were climbing rapidly and had passed the 55,000 mark, with deaths approaching 800. Top White House aide Eric Ueland announced a massive, US$2 trillion economic agreement in a Capitol hallway shortly after midnight on Tuesday after days of haggling.

The plan would support businesses through the crisis and give households one-time payments of US$1,200 per adult and US$500 per child.

Relief that US politicians had reached a deal on economic support pushed world stock markets up on Wednesday. Indexes in Europe and Asia rose a day after the Dow Jones Industrial Average had its best day since 1933.

But early gains waned, with investors still concerned about the lasting economic hit from the pandemic. 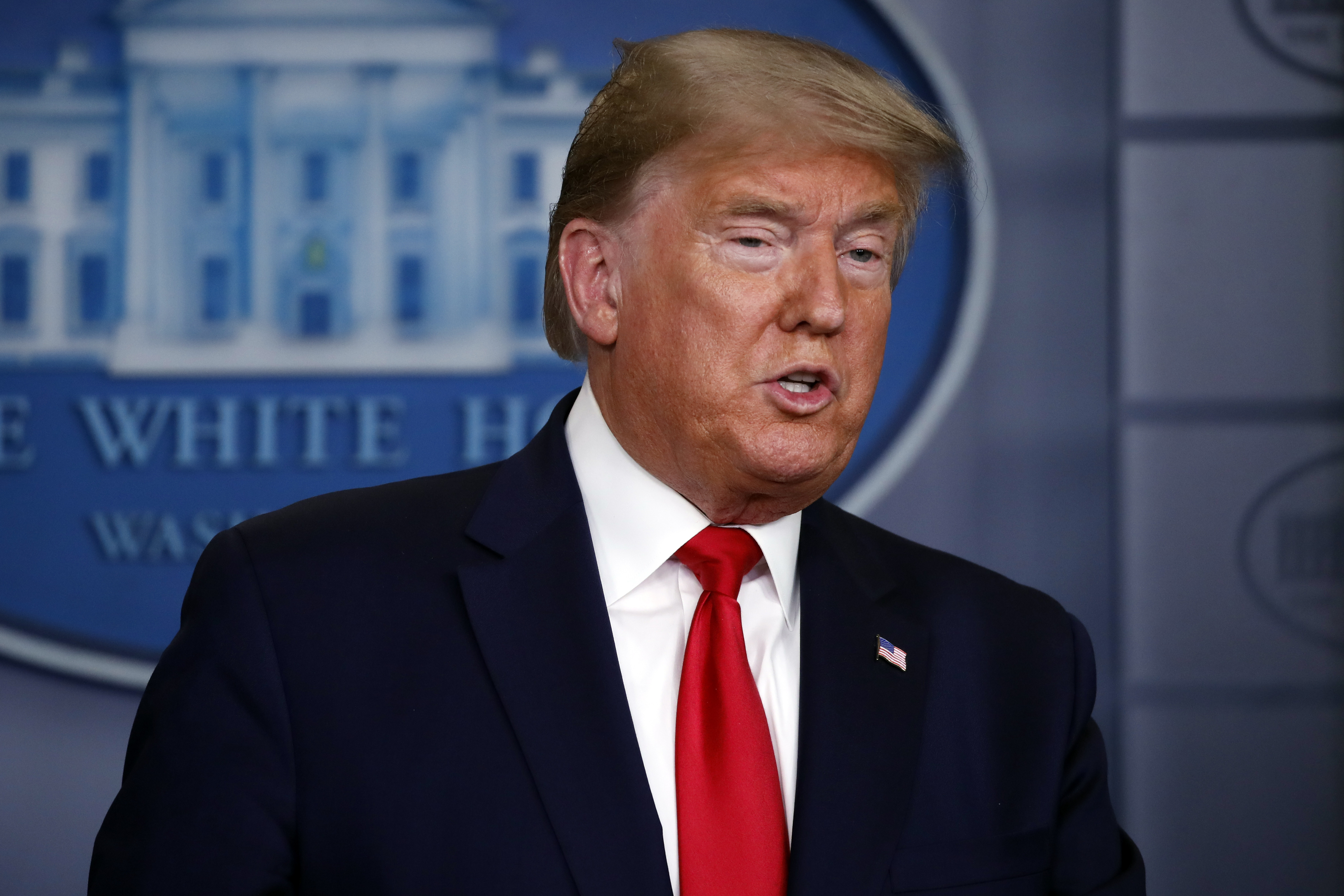 Charles, the 71-year-old heir to the British throne, is showing mild symptoms of the virus and is isolating himself at a royal estate in Scotland, his office said, adding that his wife, Camilla, has tested negative.

Charles "otherwise remains in good health and has been working from home throughout the last few days as usual," it said.

Charles is the latest high-profile figure to reveal a diagnosis. He joins a growing list of celebrities, athletes and other famous people who been tested for the novel coronavirus, even when they didn't have a fever or other severe tell-tale symptoms.

That has fuelled the perception that the wealthy and famous have been able to jump to the head of the line to get tested while others have been turned away or met with long delays.

Charles and Camilla's tests were carried out by the National Health Service in Scotland.

One of the scientists advising the British government on the coronavirus pandemic says the outbreak will likely peak in Britain in about three weeks.

Harris says he was targeted Tuesday when walking to his department in Dublin.

"A man and woman on the street thought it was hilariously funny to come up and cough at me out loud and run off laughing," he said.

In recent days, a challenge has emerged on social media for young people to post videos of themselves coughing into people's faces.

Harris called it "quite pathetic" and anything similar on social media will be dealt with the "full levers" of the state's powers.

READ:  Syrian tycoon Rami Makhlouf says most of his employees are now detained

India has reported only about 450 cases because of limited testing, but Prime Minister Narendra Modi warned that if he didn't act now, the virus could set the world's largest democracy back decades.

India is home to the second-largest number of people living in extreme poverty. Many areas have poor sanitation and health care and are vulnerable to outbreaks of disease. Officials struggled to enforce the restrictions.

A video shot by a passerby showed a policeman using his baton to smash the interior of a meat shop in the capital's Zakir Nagar neighbourhood. The shop's owner said police also beat him up and told him he shouldn't have opened his shop.

"They charged inside and started abusing and beating me," said Parvez, who uses only one name.

Everything but essential services like supermarkets were closed. Normally busy railway stations in New Delhi were deserted and streets were eerily silent.

Riot police in western Kenya have fired tear gas after traders resisted police attempts to close a crowded market in Kisumu to help curb the coronavirus' spread.The country has not imposed a lockdown.

"Our government keeps telling us to stay indoors yet we don't have money to eat," said one trader, Joash Okoth Abute.

"There are only a few people with money and many without money, so I am pleading with the government to ensure all Kenyans are secure. Help us." 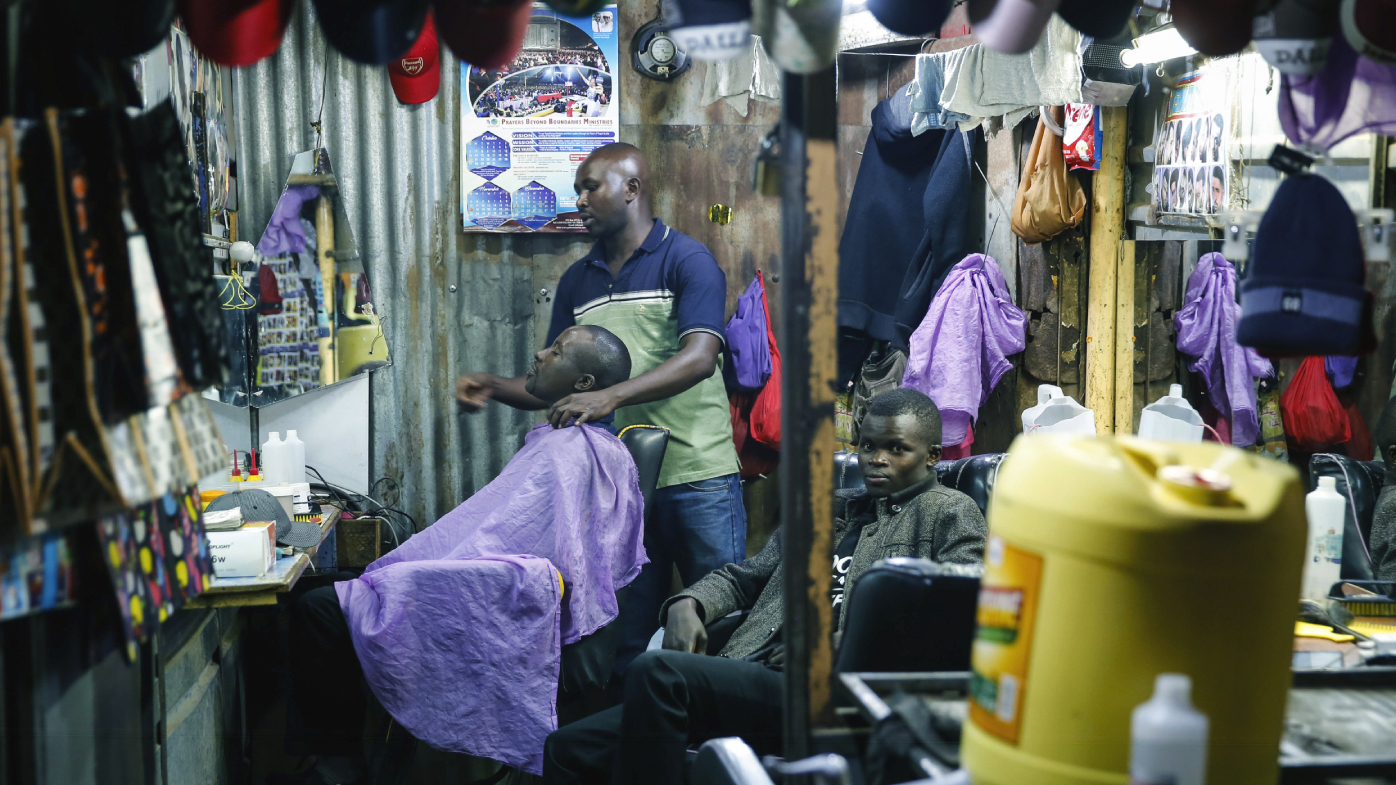 There are signs that drastic measures to keep people away from one another can push back the spread of the illness and flatten the infection curve. In China's Hubei province, where the outbreak was first spotted late last year, started lifting its lockdown.

Some train stations and bus services reopened in Hubei and people who passed a health check were allowed to travel for the first time since January. A similar easing in the hard-hit epicentre of Wuhan is planned for April 8.