A entire region of Italy home to 15 million people has been quarantined, as coronavirus tightens its grip on the country.

Italian Prime Minister Giuseppe Conte announced early on Sunday that the entire Italian region of Lombardy and a number of provinces in other regions would be put under lockdown as the virus continued to spread throughout Italy.

During the night, Conte signed a decree that imposes new restrictions to the movement of people in the region of Lombardy, which includes the tourist hotspot of Venice. 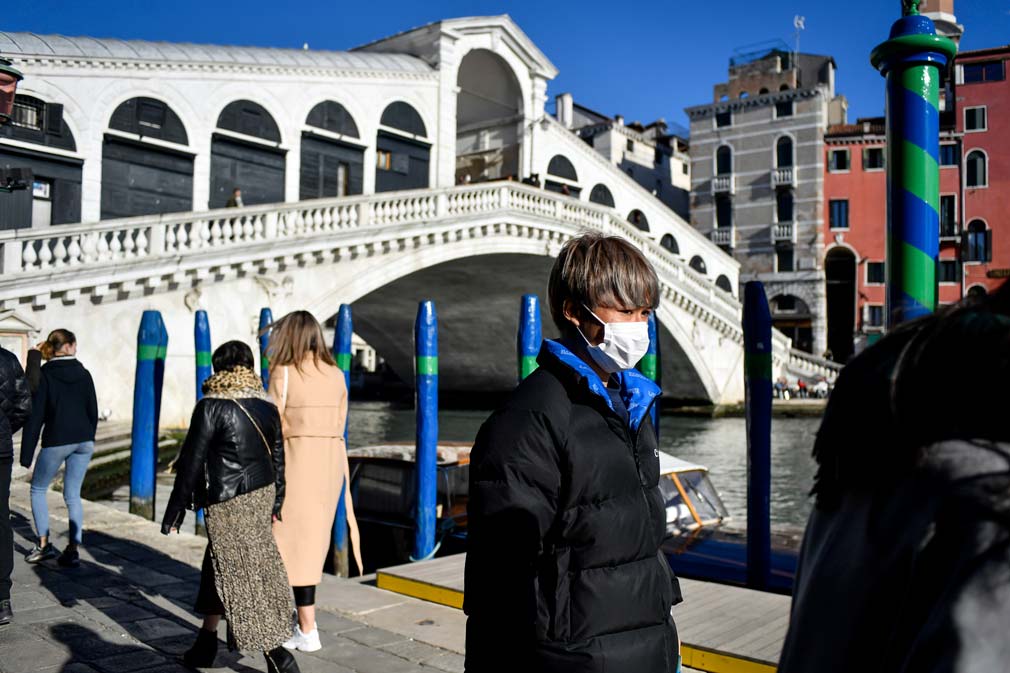 The entry and exit to and from these areas will be allowed only in exceptional cases.

The new measures will apply to about a quarter of the Italian population - about 15 million people - and will be in force at least until 3 April. 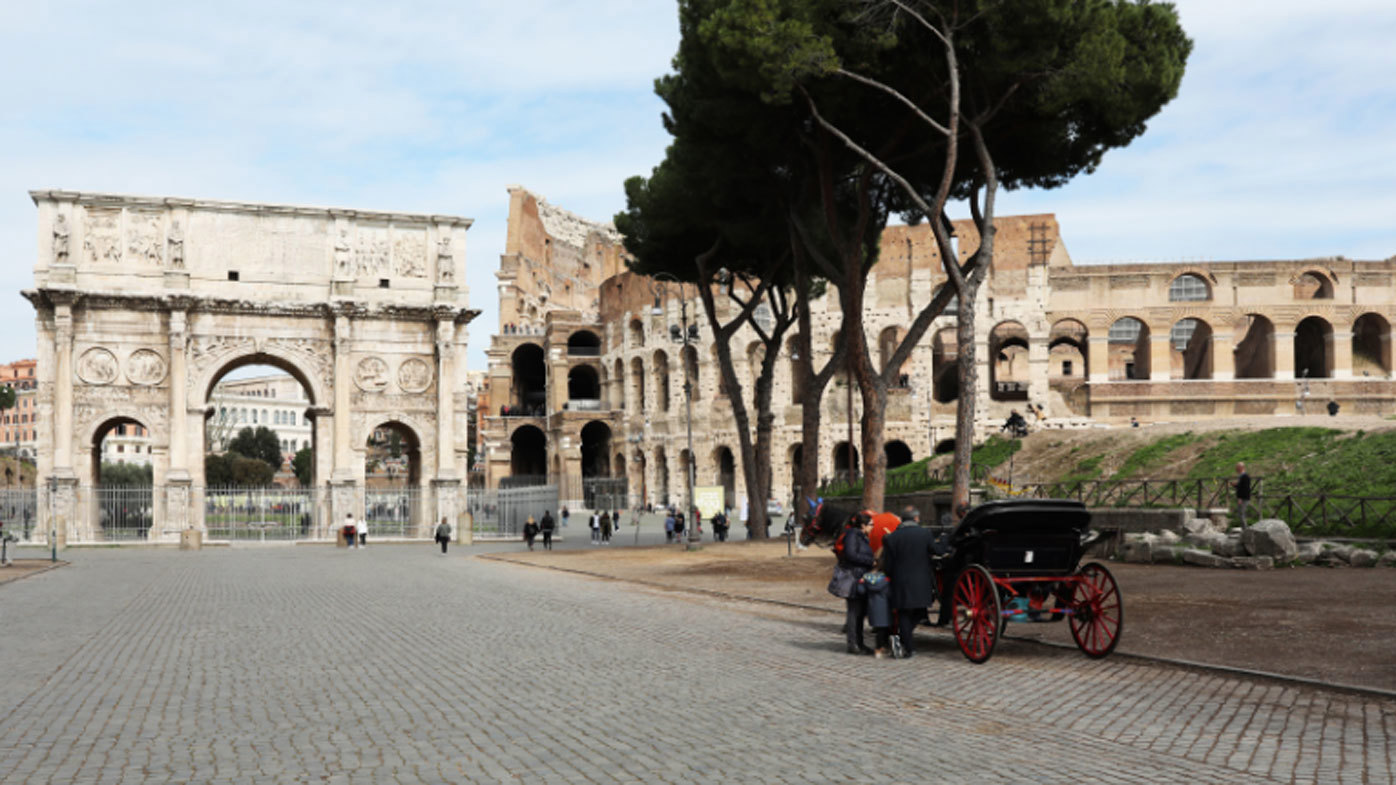 There were chaos and confusion in the northern Italian city of Padua in the Veneto region as word spread late Saturday evening that the government was planning to announce the quarantine.

Packed bars and restaurants quickly emptied out as many people rushed to the train station in Padua.

Travelers with suitcases, wearing face masks, gloves and carrying bottles of sanitizing gel shoved their way on to the local train.

The country is the focal point of the COVID-19 emergency in Europe, and on Saturday saw its biggest daily increase in coronavirus cases since the outbreak broke out in the north of the country on February 21.

Another 36 people also died as a result of the virus, taking the total to 233. 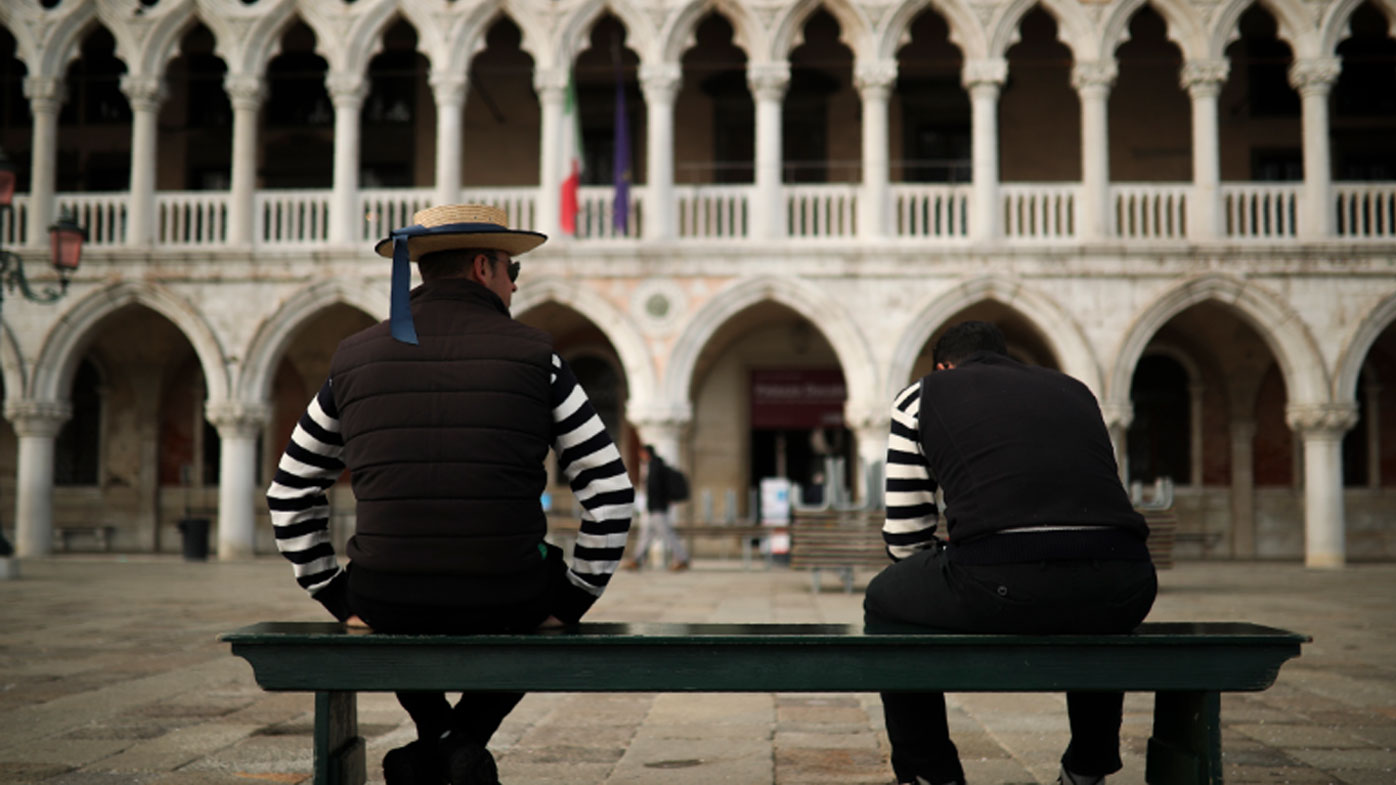 The head of Italy's national health institute, Silvio Brusoferro, urged Italians to take precautions, including avoiding public places and maintaining a distance, to protect the elderly.

They were urged to stay at home if possible, and to avoid emergency rooms, contacting their doctors directly in case of illness.

Italian police requested a stop to gatherings in St. Peter's Square. In compliance, the Vatican said Francis will deliver his next two public blessings via video, rather than in person. 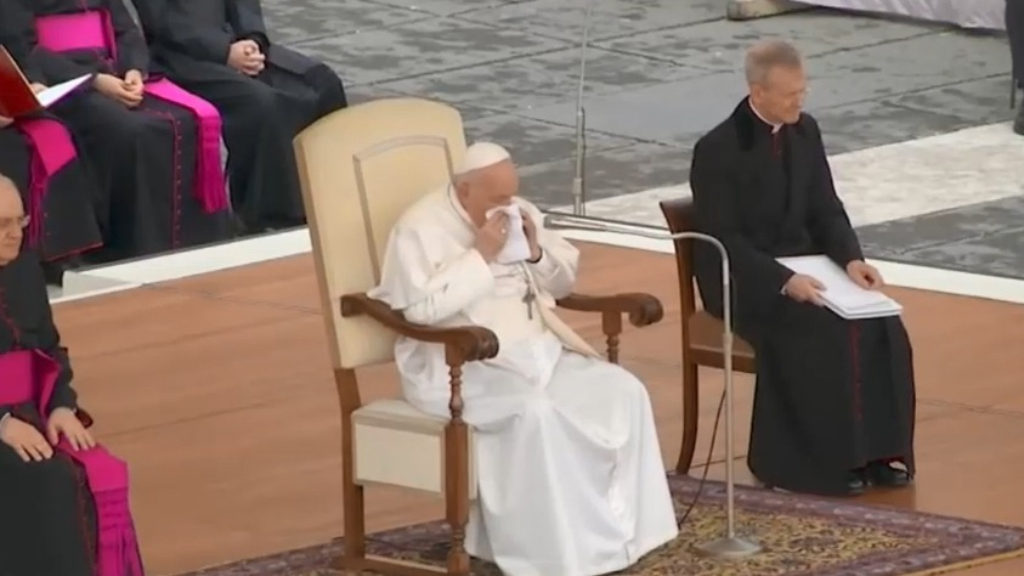 Both the pope's traditional Sunday noon blessing and the Wednesday audience will be streamed from the library in the Apostolic Palace.

The measures come after the Vatican confirmed its first case of the virus on Friday.

Francis, who is recovering from a cold, has restricted his normally packed public schedule, and also stopped celebrating morning Mass before invited guests at the chapel in the Vatican hotel where he lives.

At 83, and with part of one lung removed from a respiratory infection when he was a young man, Francis is potentially at risk of serious complications if he were to catch the virus.

Italy has recommended that elderly people remain at home. 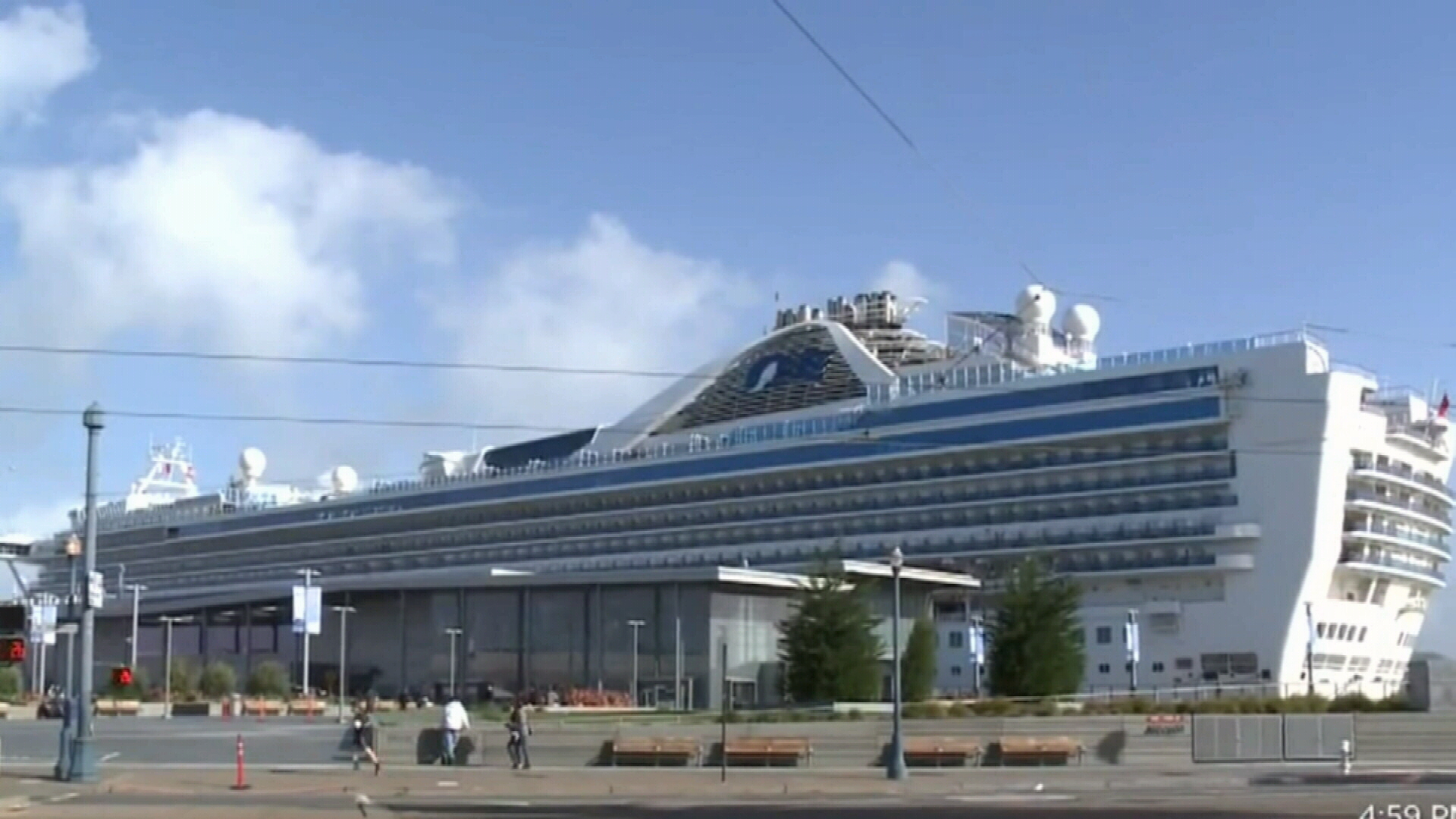 The turmoil is expected to push Italy back into recession and weigh more broadly on the European economy, with trade-focused countries like Germany, France and Britain also struggling with the global disruption to supply chains and travel.

Around the world, more and more countries were bracing for a big increase in virus cases.

Western countries have been increasingly imitating China – where the virus first emerged late last year, and which has suffered the vast majority of infections — by imposing travel controls and shutting down public events.

Officials in California were deciding Saturday where to dock the Grand Princess cruise ship, after 21 tested positive for the virus. There is evidence the ship now idling off San Francisco was the breeding ground for a deadly cluster of almost 20 cases during an earlier voyage.

"Those that will need to be quarantined will be quarantined," U.S. Vice President Mike Pence said. "Those who will require medical help will receive it."

President Donald Trump said he would have preferred not to let the passengers disembark onto American soil but would defer to medical experts.

In Egypt, a cruise ship on the Nile with more than 150 aboard was under quarantine in the southern city of Luxor after 12 positive tests.

Also Saturday, the port of Penang in Malaysia turned away the cruise ship Costa Fortuna because 64 of the 2,000 aboard are from Italy. The ship had already been rejected by Thailand, and is now heading to Singapore.

And in Malta, which reported its first case of the virus Saturday, the MSC Opera ship agreed not to enter the Mediterranean country's port amid local worries — even though there are no infections suspected on board.

The ship continued to Messina, Sicily, where passengers were allowed to disembark after officials reviewed medical records.

Transmission of the virus is now going in every direction.

While the global death toll has risen past 3,400, more people have now recovered from the virus than are sickened by it.

As of Saturday, nearly 90,000 cases have been reported in Asia; more than 8,000 in Europe; 6,000 in the Mideast; about 450 in North America, Latin America and the Caribbean, and fewer than 50 cases reported so far in Africa.

While many scientists say the world is clearly in the grips of a pandemic — a serious global outbreak – the World Health Organization isn't calling it that yet, saying the word might spook the world further.

The virus is still much less widespread than annual flu epidemics, which cause up to five million severe cases around the world and up to 650,000 deaths annually, according to the WHO.

In Iran, fears over the virus and the government's waning credibility has become a major challenge to leaders already reeling from American sanctions.

More than 1,000 infections were confirmed overnight, bringing the country's total to 5,823 cases, including 145 deaths. 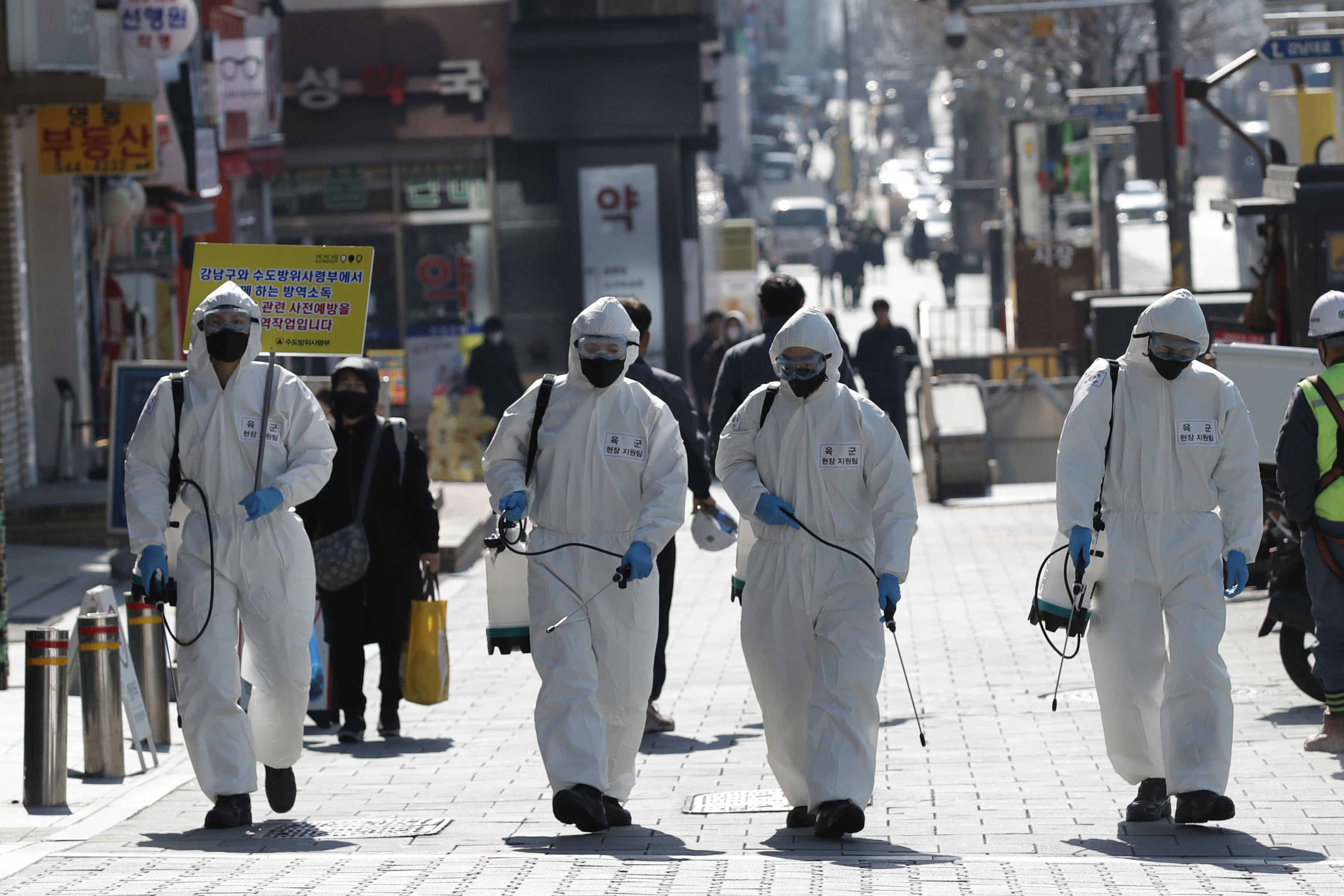 The government declared a "sacred jihad" against the virus: Wearing gas masks and waterproof fatigues, members of Iran's Revolutionary Guard sprayed down streets and hospitals with disinfectants.

South Korea, the hardest-hit country outside China, reported 448 new cases on Saturday, taking the total to 7,041, with 48 deaths overall.

China on Sunday morning reported 44 new cases over the past 24 hours, the lowest level since it began publishing nationwide figures on Jan 20, and 27 new fatalities.

But while infections were increasing more slowly, the country was struck anew by tragedy: A hotel used for medical observation of people who had contact with coronavirus patients collapsed on Saturday, trapping 70 people inside, according to local news reports.

Countries outside Asia stepped up efforts to control the outbreak.

Saudi Arabia banned spectators at any sports competitions starting Saturday. The NBA and British sports teams are considering the same.

"I ain't playing if I ain't got the fans in the crowd," Los Angeles Lakers star LeBron James said. "That's who I play for." 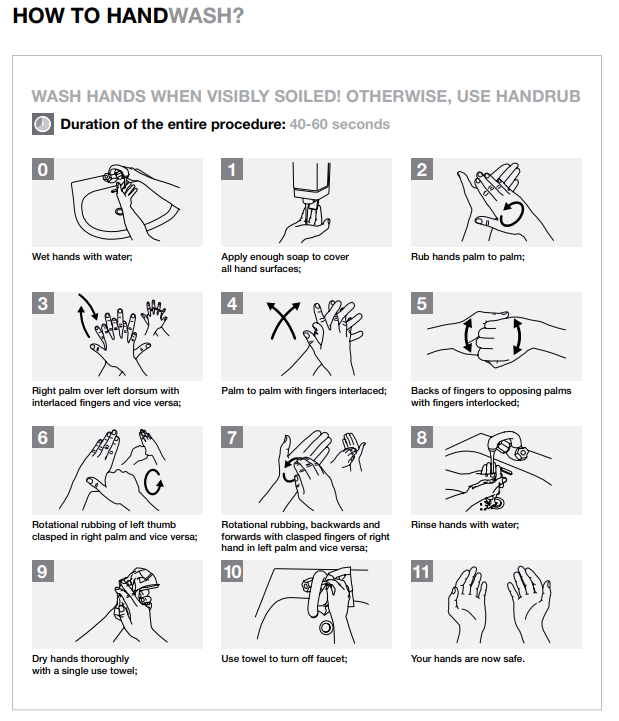 The US Center for Disease Control and Prevention is urging older adults and people with severe medical conditions to "stay home as much as possible" and avoid crowds.

Most people who get the virus have mild cases, though the elderly face greater risks.

Among the many new cases in Europe on Saturday was a doctor in Slovenia who was in contact with more than 100 people in a nursing home after a ski trip to neighboring Italy. 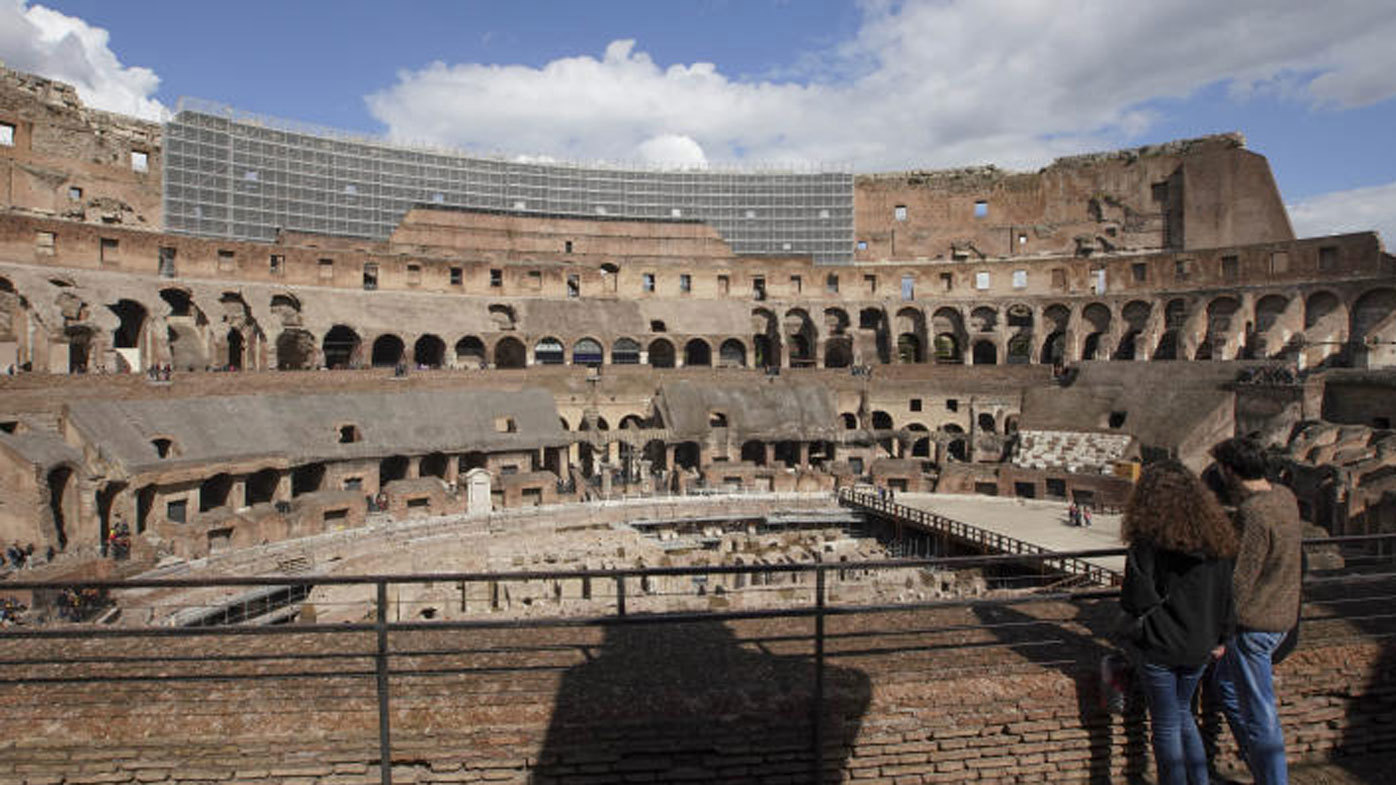 China, the world's biggest trader, reported Saturday its exports tumbled 17.2% from a year earlier in January and February.

A total of 78 million migrant workers have since returned to work in China, and manufacturers are reopening. But they aren't expected to return to normal production until at least April, and most people in Wuhan still are barred from leaving their homes.