Austria has halted all train traffic to and from Italy over fears a train was carrying two people possibly infected with the COVID-19 virus, authorities said.

Austria has halted all train traffic to and from Italy over fears a train was carrying two people possibly infected with the COVID-19 virus, authorities said.

The train was stopped at the Brenner crossing on the Italian side on Sunday evening (local time), Austrian Interior Minister Karl Nehammer said, according to Austrian broadcaster ORF.

The train came from Venice in Italy and was on its way to Munich. Austria, which shares its southern border with Italy has expressed concern about the recent outbreak of the virus in the north of the country. 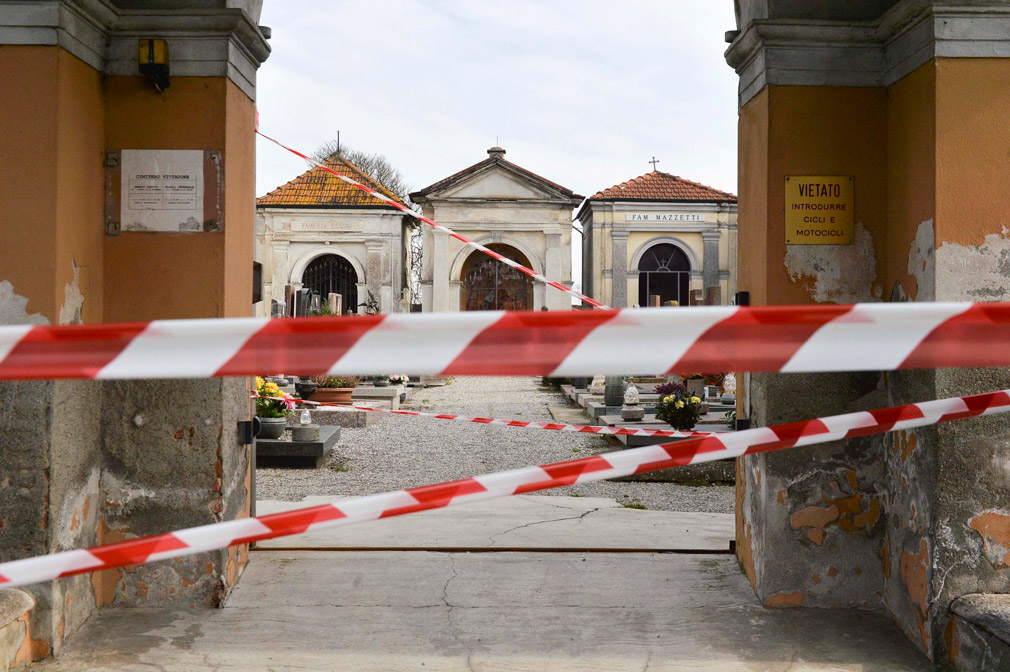 The region has seen the number of infected people in the country soar to at least 152, the most outside Asia.

Meanwhile, Italy has stepped up measures to ban public gatherings amid rapidly rising numbers of COVID-19 cases in the country and a third death from the virus, calling off the famed Venice Carnival attended by thousands of revellers.

The decision to call off the Carnival was announced by Veneto regional Gov Luca Zaia as the numbers of confirmed coronavirus cases soared to 152, the largest number outside Asia.

"The ordinance is immediately operative and will go into effect at midnight,'' Gov Zaia said.

This area includes Venice, where thousands packed St Mark's Square. Carnival would have run through Tuesday.

Buses, trains and other forms of public transport – including boats in Venice – were being disinfected, Gov Zaia told reporters. Museums were also ordered to shut down after Sunday (local time) in Venice, a top tourist draw anytime of the year.

READ:  Elon Musk Confirms That New Baby Will Run Entirely On Electricity By 2021

Authorities said three people in Venice have tested positive for the COVID-19 virus, all of them in their late 80s and who are hospitalised in critical condition. Gov Zaia said among those infected was a nurse.

Nearly all of Italy's 152 confirmed cases are clustered in the north, with 110 in Lombardy and others in the regions of Veneto, Emilia-Romagnia and Piedmont.

Only two cases have been found in the south, a Chinese couple in Rome earlier this month. 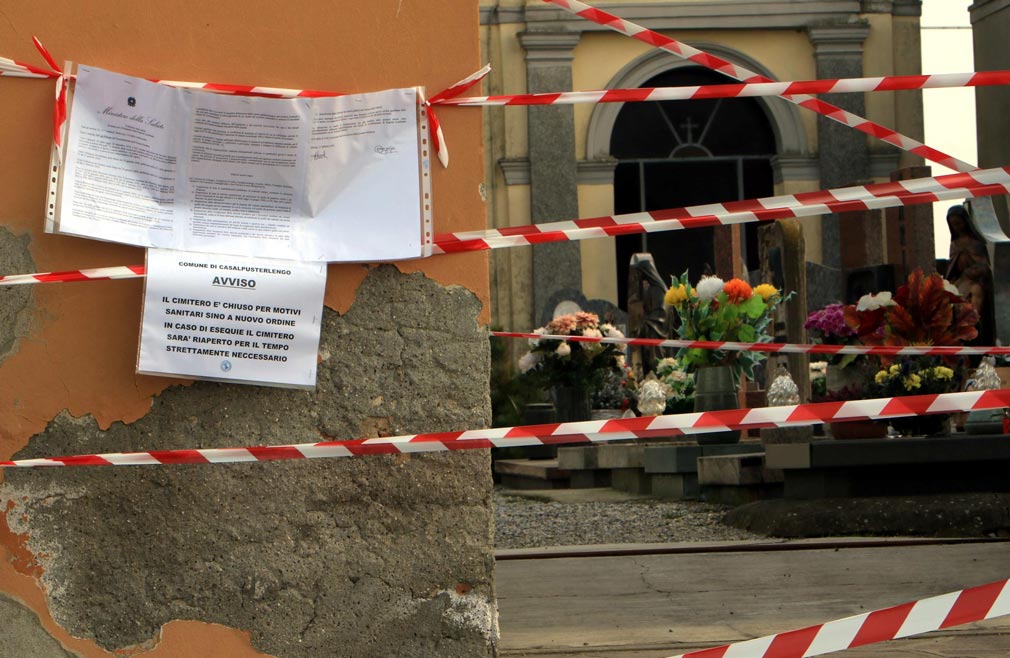 The death on Sunday of an elderly woman, who was already suffering from cancer and who contracted the virus, raised the nation's death toll to three, said Lombardy regional official Giulio Gallera. All three deaths occurred in the north.

Authorities expressed frustration that they haven't been able to track down the source of the virus spread in the north, which surfaced last week when an Italian man in Codogno, in his late 30s, became critically ill.

At first, it was widely presumed that the man was infected by an Italian friend he dined with and who recently returned from his job, based in Shanghai.

When the friend tested negative for the virus, attention turned to several Chinese who live in town and who frequent the same cafe visited by the stricken man. 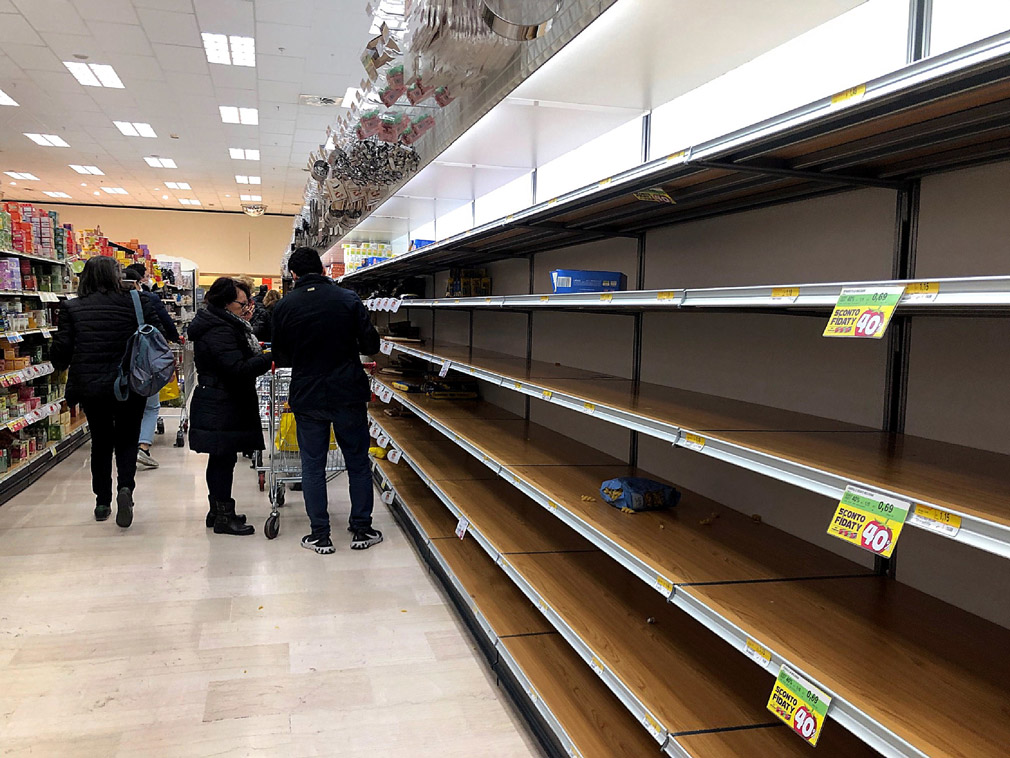 But Lombardy Gov Attilio Fontana told reporters all of those Chinese have tested negative too.

So for now, Borrelli indicated, the strategy is to concentrate on closures and other restrictions to try to stem the spread in the country, which already had taken such measures early on in the global virus alarm, including banning direct flights from China, Hong Kong, Taiwan and Macau.

Italy has also tested millions of airport passengers arriving from other places for any signs of fever.

How other areas have been affected

In Lombardy, the hardest-hit region with 90 cases, schools and universities were ordered to stay closed in the coming days, and sporting events were cancelled. 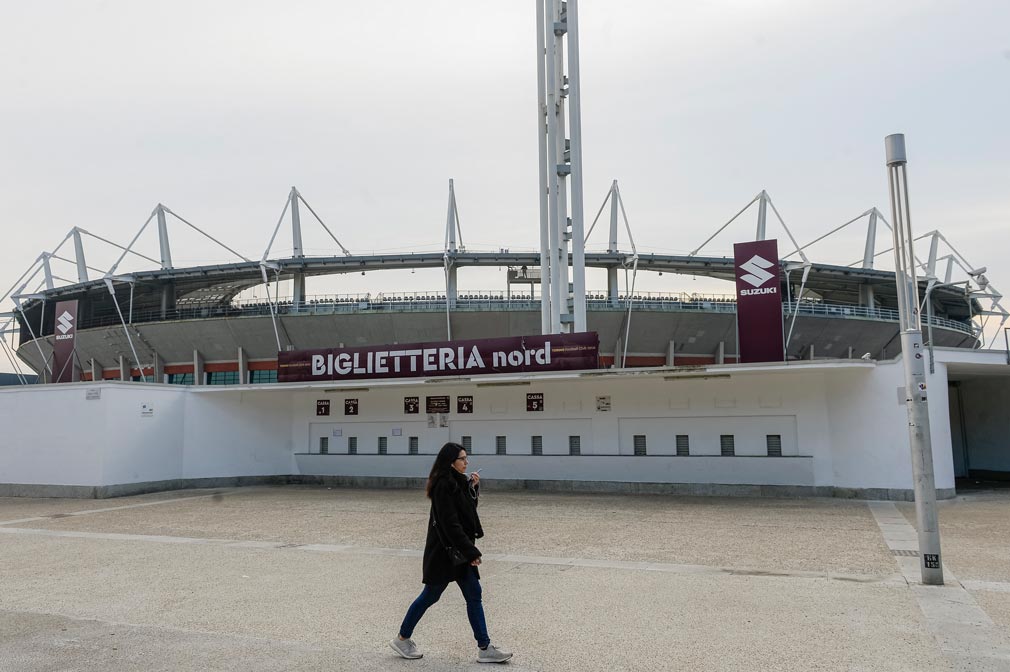 But while public Masses were forbidden in some towns in the hardest-hit areas, and later, by the Catholic patriarch of Venice, thousands turned out in the southern port city of Bari for a Mass by visiting Pope Francis, who shook hands with the faithful during his public appearance.

Among those shaking the pope's hand in Bari was Italian President Sergio Mattarella, who came to Bari for the event.

Museums, schools, universities and other public venues will be shut as well in Venice and the rest of Veneto. The shutdown is expected to last at least through March 1.

In Turin, the main city of the northern Piedmont region, a least three cases were diagnosed. That region also announced the closure of all schools and universities.

The biggest jump in confirmed cases of COVID-19 was reported by authorities in Lombardy, a populous region which includes the country's financial capital, Milan. 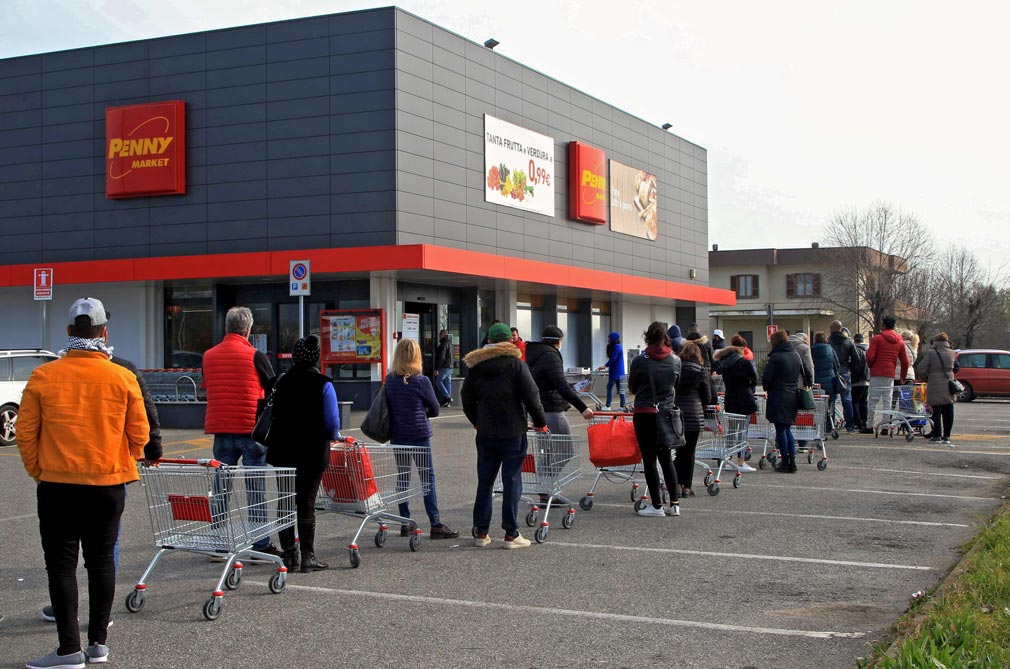 Nearly all the cases were in the countryside, mainly in Codogno and nine neighbouring towns, where only grocery stores and pharmacies were apparently allowed to stay open while other businesses were ordered shuttered and people – in theory at least – weren't supposed to enter or leave the towns.