Italy has postponed two further sports fixtures as authorities battle to contain the coronavirus outbreak in the north of the country, which has so far killed six people, according to reports.Teams were due to compete against Welsh club Ospreys and Iri… 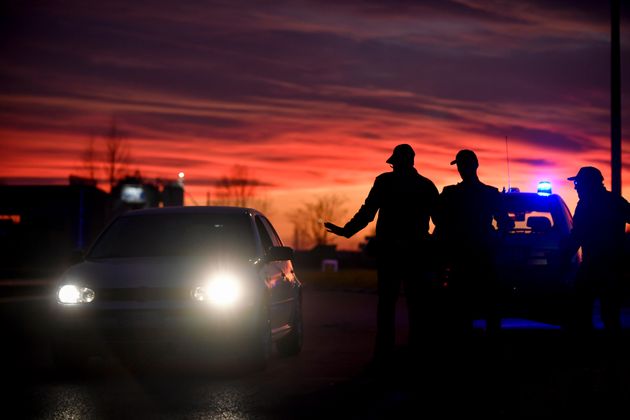 Italy has postponed two further sports fixtures as authorities battle to contain the coronavirus outbreak in the north of the country, which has so far killed six people, according to reports.

Teams were due to compete against Welsh club Ospreys and Irish side Ulster on Saturday in the annual Guinness PRO14 rugby union matches.

But on Monday it was announced they would not go ahead.

Some 50,000 people in Italy are affected by a lockdown in the northern regions of Lombardy and Veneto.

Prior to Monday’s developments, authorities had already placed restrictions on public gatherings and sporting events there and in Emilia-Romagna.

A Women’s Six Nations game and four Serie A football fixtures were postponed over the weekend.

And Venice’s famed carnival events were cancelled as the number of infected people in the country soared past 200 – the largest number in Europe and the third highest global tally, behind China and South Korea. The sixth death was reported by the Italian state broadcaster RAI but has yet to be confirmed.

The carnival, which draws tens of thousands of visitors to the lagoon city, would have run until Tuesday.

In addition, fixtures in Italy’s national rugby championship – Top 12 – and all domestic rugby activities have also been postponed ahead of next weekend.

Monday’s announcement means Ospreys will no longer play Zebre at the Stadio Sergio Lanfranchi in Parma on Saturday. Nor will Ulster face Benetton at the Stadio Monigo in Treviso later the same day.

“To ensure the safety of our players and spectators, PRO14 Rugby fully supports the preventative measures taken in Italy and will adhere to the directives from the World Health Organisation (WHO) and local authorities,” read a statement on the PRO14 website.

READ:  Arctic warming could have cause dust cloud visible from space

“The current restrictions are in place until March 1 and PRO14 Rugby will remain in contact with the FIR [Italian Union], Zebre Rugby Club, Benetton Rugby and World Rugby to monitor [the] situation on a daily basis.”

Contingency-planning around the rescheduling of the Round 13 games – Zebre Rugby Club v Ospreys and Benetton v Ulster – are currently underway.

Milan-San Remo, one of the biggest one-day races in the cycling calendar, could also be in doubt.

Mark Cavendish is among the riders targeting the “monument”, scheduled for March 21.

Mauro Vegni, race director for RCS – which organises the event – told Eurosport: “Our hope is that they can stop or slow down the rate of contagion and we can come back to a normal situation. This is for all Italy and Italian people before we think of the races.

“We’re involved with several events coming up. We’re still optimistic with regard to the first two races – Strade-Bianche and Tirreno-Adriatico – if nothing more happens of course, but Milan-San Remo is in a different situation. That’s because it involves an area in Lombardy that has quite a lot of problems at the moment.

“We’ve still got three weeks to go and we hope that the situation gets better. Otherwise it’s difficult to think about a Plan B to be honest.

“If the area of Lombardy remains in the same situation, where the race starts in Milan, I think we must fear that the national health administration and the Italian Olympic committee might ask us to cancel Milan-San Remo.”

The latest WHO report has listed 78 countries with confirmed cases of coronavirus.

Concern was also on the rise in neighbouring Austria, which halted all rail traffic to and from Italy for several hours after suspicion that a train at its southern border with Italy had two passengers possibly infected with the virus on board, authorities said.

The Foreign Office has not advised Britons against travel to Italy, but has updated its website with factual information about the situation there.

There are no figures as yet as to whether any Britons are affected by the lockdown and are stuck in Italy.

People in the affected areas are being told to follow public health advice from local Italian authorities.