A cable car taking visitors to a mountaintop view of some of northern Italy’s most picturesque lakes plummeted to the ground, killing 14 people.

A cable car taking visitors to a mountaintop view of some of northern Italy's most picturesque lakes plummeted to the ground on Sunday and then tumbled down the slope, killing 14 people.

A young child was hospitalised in a serious condition with broken bones, authorities said.

Stresa Mayor Marcella Severino said it appeared that a cable broke, sending the car careening until it hit a pylon and then fell to the ground. 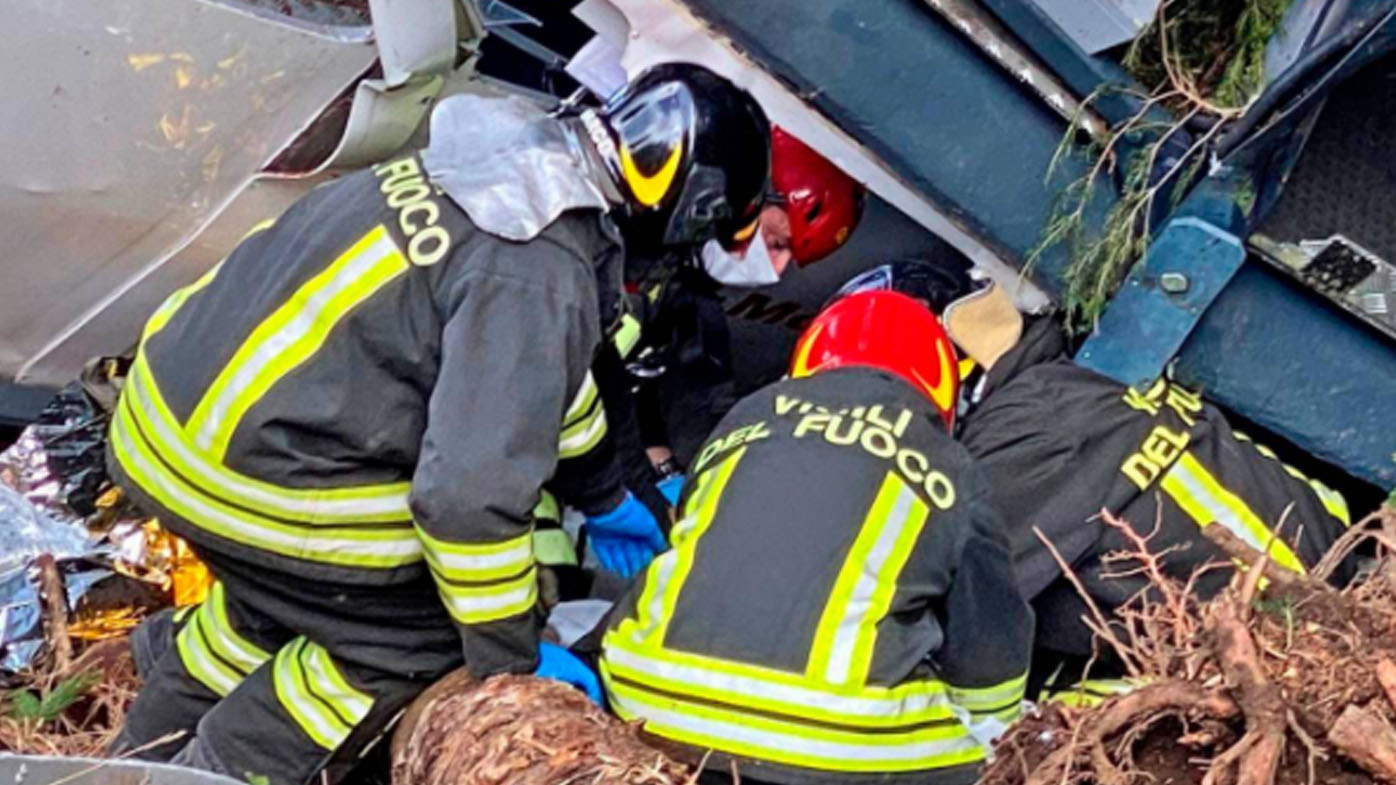 At that point, the car overturned "two or three times before hitting some trees," she said. Some of those who died were thrown from the cabin.

The Italian government announced a commission to investigate the disaster, which is likely to renew questions about the quality and safety of Italy's transport infrastructure.

Images from the site showed the crumpled car in a clearing of a thick patch of pine trees near the summit of the Mottarone peak overlooking Lake Maggiore.

The car was believed to have fallen around 15m, according to Italian media. 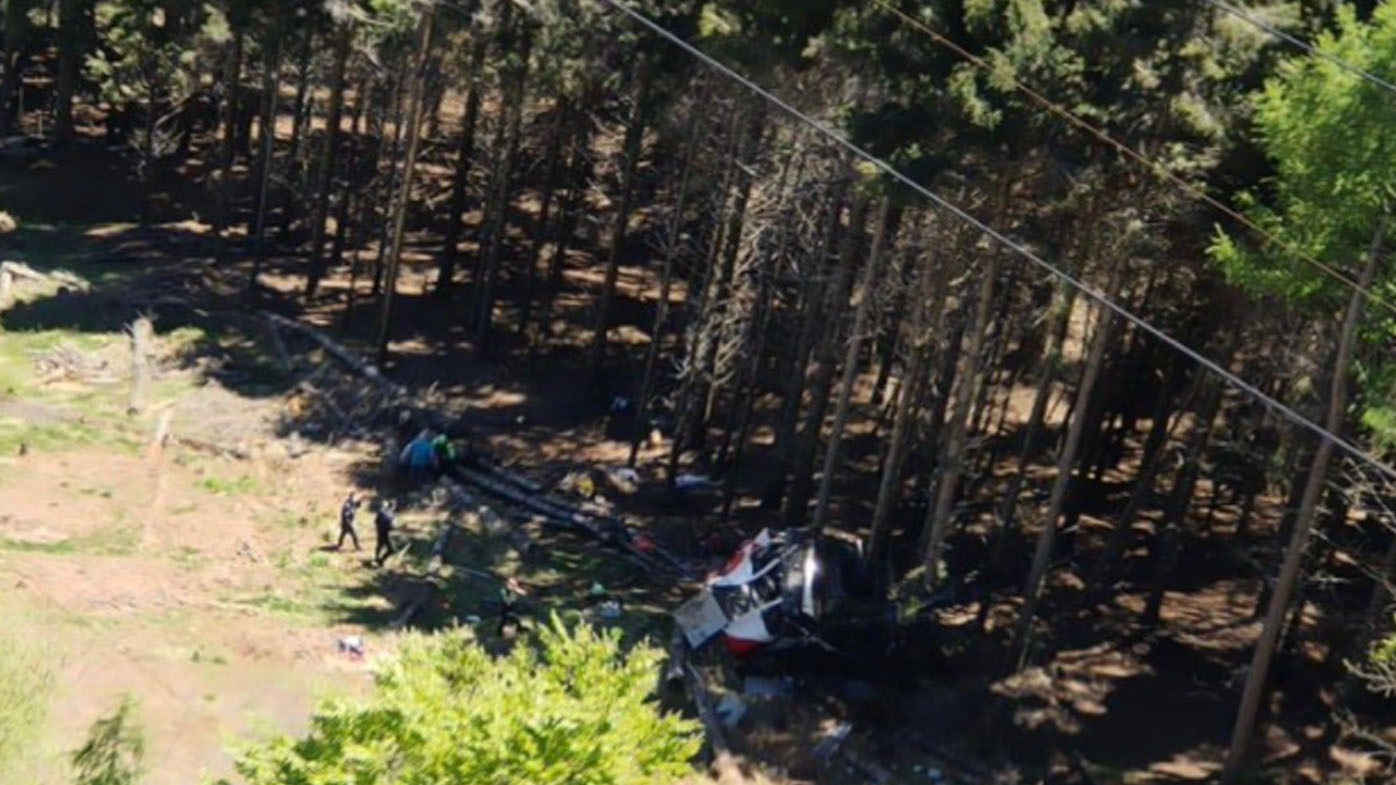 The plunge on the the Stresa-Mottarone line happened about 100 metres before the final pylon, said Walter Milan, spokesman for Italy's Alpine rescue service.

By yesterday evening, the death toll had risen to 14 dead after one of two children taken to Turin's Regina Margherita children's hospital died.

The child died after several attempts to restart his heart failed and "there was nothing more we could do," said hospital spokesman Pier Paolo Berra.

The other young child, who arrived at the hospital conscious, remained in serious condition, authorities said.

The scene of the wreckage showed the crushed and crumpled remains of the cable car in a clearing of a thick patch of pine trees near the summit of the Mottarone peak overlooking Lake Maggiore. Mr Milan noted that the cable line had been renovated in 2016 and had only recently reopened after coronavirus lockdowns forced the closures of ski lifts across Italy.

Sunday was a beautiful, sunny day in the area, and Mr Milan hypothesised that families were taking advantage of the weather to enjoy a day in nature after months of lockdown.

Italy only reopened a few weeks ago, allowing travel between regions after a winter of COVID-19 restrictions.

Mottarone reaches a height of 1491 metres and overlooks several picturesque lakes and the surrounding Alps of Italy's Piedmont region.

Premier Mario Draghi offered his condolences to the families of the victims "with a particular thought about the seriously injured children and their families." 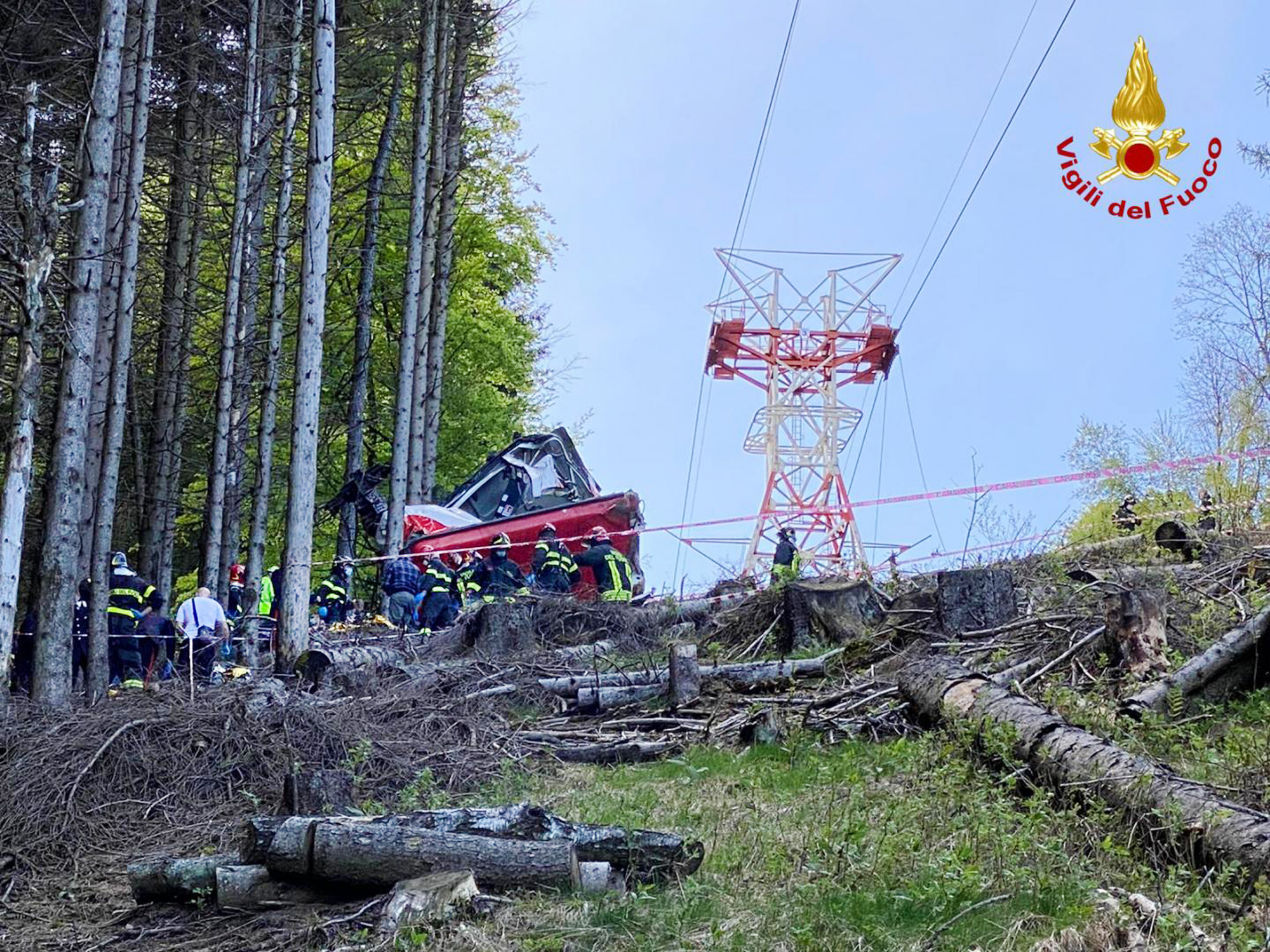 The trip up the mountain from the base at the lake features a cable car to get up most of the way and then a chairlift to reach a small amusement park, Alpyland, which has a children's rollercoaster offering 360-degree views of the scenery.

The site offers mountain bike paths and hiking trails, as is common for many Italian mountain areas that are popular with tourists and locals in spring and summer.

The Stresa-Mottarone cable car line advertises a panoramic, 20-minute trip up the mountain from its base at the lake, offering a view of a total of seven lakes at the peak.

It appeared to be Italy's worst cable car disaster since 1998 when a low-flying US military jet cut through the cable of a ski lift in Cavalese, in the Dolomites, killing 20 people. 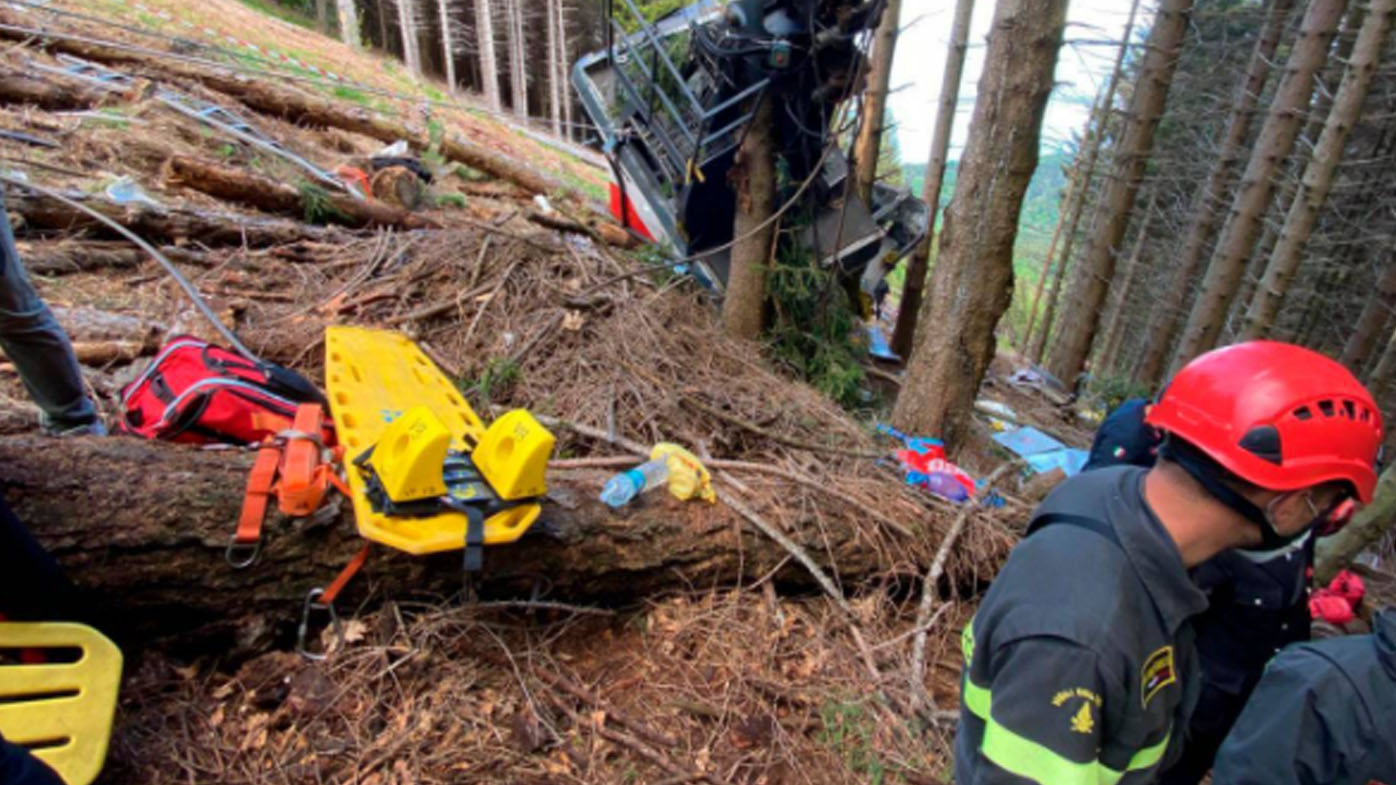 Italy's transport minister, Enrico Giovannini, was following the rescue effort, which involved the deployment of three helicopters to the mountainside.

While the cause hasn't been determined, it's the latest incident to raise questions about the quality of Italy's transport infrastructure. In 2018, the Morandi bridge in Genoa collapsed after years of neglect, killing 43 people.