Extreme, unacceptable, unpresentable.  These are words African Australian students still hear to describe their natural hair.  A 2019 study by the UK’s World Afro Day found that one in six students with Afro hair said they had…

These are words African Australian students still hear to describe their natural hair.

A 2019 study by the UK’s World Afro Day found that one in six students with Afro hair said they had a bad experience in school as a result of their hair. When it came to adults reminiscing on their school days, 68% said they’d preferred to have straight Caucasian or Asian hair when they were children.

For many Black people, altering their appearance to fit white expectations is a matter of instinct. In many cases, the trauma of having to change the way they look to meet arbitrary white standards of what is presentable is something that starts with the school dress code.

While attending his rural New South Wales private school, Emmanuel could not embrace his Afro and its corresponding protective styles without the school outlawing it as “extreme.”

“My school years were spent being coerced into shaving my head,” he wrote for HuffPost Australia.

“I realise they made it extremely hard for students of the African diaspora to embrace their identities.”

To celebrate World Afro Day, Emmanuel has launched the #ProtectBlackStudents initiative with the hope of ending Afro hair discrimination in Australian schools.

World Afro Day (WAD) is a global day of change, education and celebration of Afro hair, culture and identity founded by Michelle DeLeon in London 2017 and endorsed by the UN Office of the High Commissioner for Human Rights.  Through global education programmes, WAD aims to challenge the bias and societal norms that exclude, shame and pressure those with Afro-textured hair to conform.

“My hopes for #ProtectBlackStudents is that it becomes a multifaceted global hashtag because this is a global issue,” Emmanuel said.

“Australia is only now realising, firstly, these types of covert discriminations occur in schools and, secondly, how severe and traumatic these racist microaggressions are.” 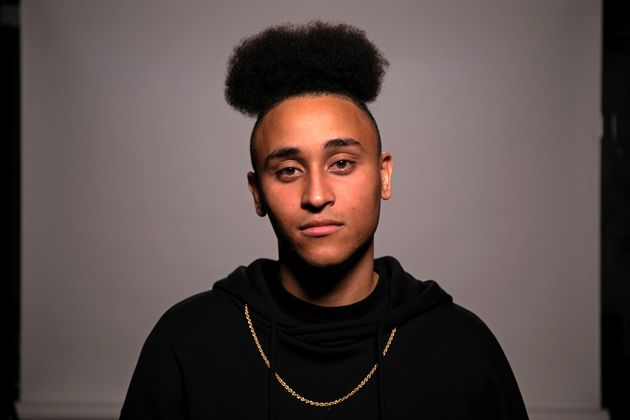 For Emmanuel, who has young nephews and nieces, it is important to protect and empower Australia’s next generation of Black students on a day that is a reminder to “embrace our culture and heritage.”

Though Emmanuel has more than 23,000 signatures on a petition to end hair discrimination in schools, NSW Education Minister Sarah Mitchell’s official response has been lackluster.

“Countless students and alumni have reached out to me, saying they’ve been discriminated against similarly,” Emmanuel told HuffPost.

“There are so many culturally diverse students being whitewashed into upholding Eurocentric beauty standards. I’m asking our leaders to help eradicate the bias against Afro hair in society and normalise it in Australian schools.”

NSW Attorney-General Mark Speakman, who the petition is also addressed to, told HuffPost in a statement he encourages those that have been subjected to racism at school to make a complaint to Anti-Discrimination NSW.

“The Anti-Discrimination Act 1977 prohibits an educational authority from discriminating against a student on the ground of race, colour, descent, national origin, ethno-religious origin or ethnic origin by, among other ways, subjecting the student to any detriment,” Speakman said of the Act that does not specifically mention grooming codes or uniforms.

and post a photo of yourself with the hashtag #ProtectBlackStudents written on a blank piece of paper. You can also post with the #WorldAfroDay hashtag.

READ:  Man Upset That Statue He Never Knew Existed Has Been Pulled Down

Others on social media joined the cause to call for more guidance on hair in schools: