What Will Be Lost is a series of reported stories and essays exploring the ways climate change is affecting our relationship to one another, to our sense of place and to ourselves.Last year was when the endless bush fires in Australia convinced me and … 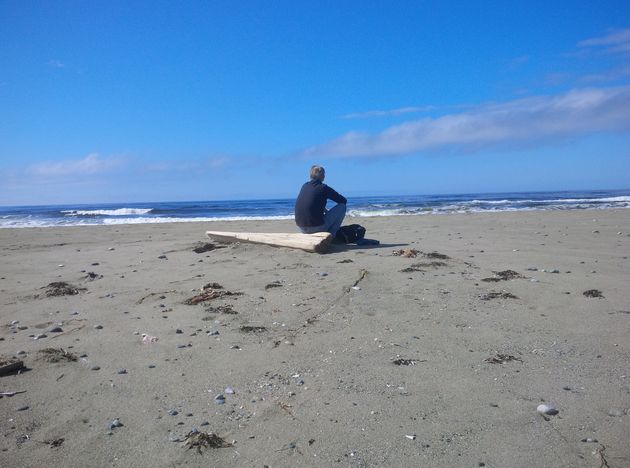 What Will Be Lost is a series of reported stories and essays exploring the ways climate change is affecting our relationship to one another, to our sense of place and to ourselves.

Last year was when the endless bush fires in Australia convinced me and my wife, Susan, that climate change was unstoppable. It’s also when we realised that we likely will avoid seeing the worst of the climate emergency.

At 64 and 74 years of age, my wife and I believe there’s a good chance that we’ll be gone before coastal cities are flooded, the ice caps have melted, and the planet descends into a “Mad Max” dystopia. We would like to think that this isn’t what the future has in store, but the intransigence of almost all governments to actually slow carbon emissions leaves little doubt that things are unlikely to turn around.

One of the things that age gives you is a sense of history, a feeling that you’ve seen patterns repeat and that you can see where things are heading in the near future. Over and over again, we’ve seen corporations and governments ignore the people they should protect in order to line their own pockets. What has changed now is that they’re sacrificing an entire planet instead of a town or a country. I would like to believe that the younger people marching with Greta Thunberg could change that, but honestly I can’t see it happening.

If the powerful people who could significantly reduce carbon emissions at the stroke of a pen won’t act to save us, are we wasting our time?

My wife and I are at the age when we’re preparing for retirement as much as possible. Instead of just staying in our home in Vancouver, we’re thinking about where we can move that will insulate us from the climate emergencies that are surely coming. We’d like to move to a place in the country, and grow tomatoes and grapes, and surround ourselves with the things that will make us safe and comfortable while the world burns around us. We’ll grow old gracefully, and will leave it to someone else to try and avoid disaster. At this point we’ve decided that as long as they can postpone the collapse until we’re dead, we’ll be OK.

READ:  UK teenager 'involved in shooting' on way to school

We’ll choose a home in a place that will stay reasonably cool and that should avoid tsunamis and tornados. We’re exercising and eating carefully so that we can stay healthy to avoid a collapsing health care system. We’ll invest in things like solar energy because it will protect us from failures of the infrastructure that powers our home, not because we hope to reduce emissions. And, to some degree, we’ll welcome friends who are forced to leave their homes when they are underwater, or who are burned out of their properties. It is now part of our plan for climate disaster to accept that our home will become a place of refuge for some of these people.

What frustrates us is that we’re part of the generation that saw all of this coming. During the ’60s and ’70s, the governments that we elected more or less invented municipal recycling, and in the ’80s many of us began carrying reusable shopping bags. We lived through the introduction of stringent pollution controls and many of us chose to replace our furnaces, water heaters and appliances with newer, more expensive low energy models. Like many people we’ve tried to move to a more plant-based diet, and one that avoids chemical additives and fertilizers, and we’re driving the market for electric cars.

We should feel virtuous, but it has become obvious that all of these actions are a drop in the bucket. If the powerful people who could significantly reduce carbon emissions at the stroke of a pen won’t act to save us, are we wasting our time?

I think that both Susan and I struggle some days to see a positive future for our planet, but we also know that we’re taking steps to make our own immediate future as bright and safe as we can. Perhaps the practical solution to our climate emergency isn’t to wait for politicians to shut down the fossil fuel industry. Instead, each of us can create our own local community and try our best to prepare for the inevitable dark days.

We’re hoping to build a safe, sustainable place to live out our last few decades, and to make it a place where art and music and literature play a central role in our lives. We’ve always been urban dwellers, so we’re as surprised as any that we might adopt the old ’60s “back to the land” philosophies. The difference now ― aside from pending disaster ― is that things like cheap solar power and the internet make that a lot more practical and palatable.

Whether we are leading by example or just running away from the inevitable can be debated, but this is how we’ll be taking back control of our lives. Meanwhile, as I watch the sea levels rise and Australia burn, I can’t help but remember the words of the old American spiritual “Mary Don’t You Weep”: “God gave Noah the rainbow sign / No more water, the fire next time.”

Barry Rueger is a North Vancouver-based writer. He is seeking: honest politicians; justice and honor; intelligence and humor; corporate integrity. He plans to move to France.

READ:  Why Trump is still pushing for the US to 'reopen by Easter'
Shares
Share This
Finance Advice 2021