Lyubov Ahuja, is an Australian citizen studying Wuhan, in the country’s Hubei province.

Deserted streets, fights over food and medical supplies, fearful residents terrified of being too close to one another.

It sounds like a scene from a dystopian movie, but right now it's the reality on the streets of the Chinese city at the epicentre of the deadly coronavirus.

"It's an apocalyptic wasteland." 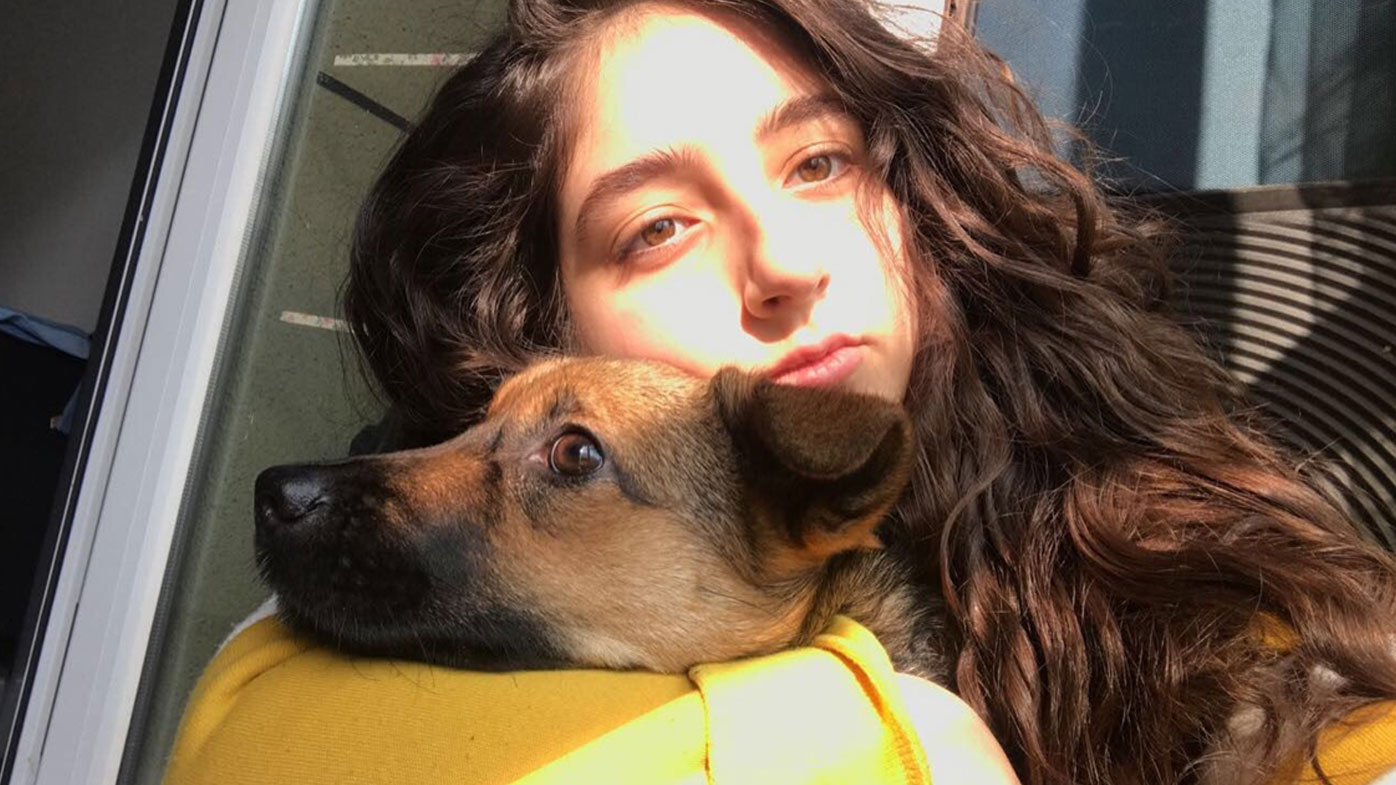 Lyubov Ahuja, an Australian citizen studying Wuhan, in the country's Hubei province, has been stranded in the city since it was quarantined to try and stem the spread of the virus.

"When I left my house the first day after the quarantine was announced, you have no idea, it was deathly quiet," the 21-year-old told nine.com.au.

"Not a single store was open. I walked to three different supermarkets in completely different areas.

"The only thing that's making people go out of their homes is the need for resources." 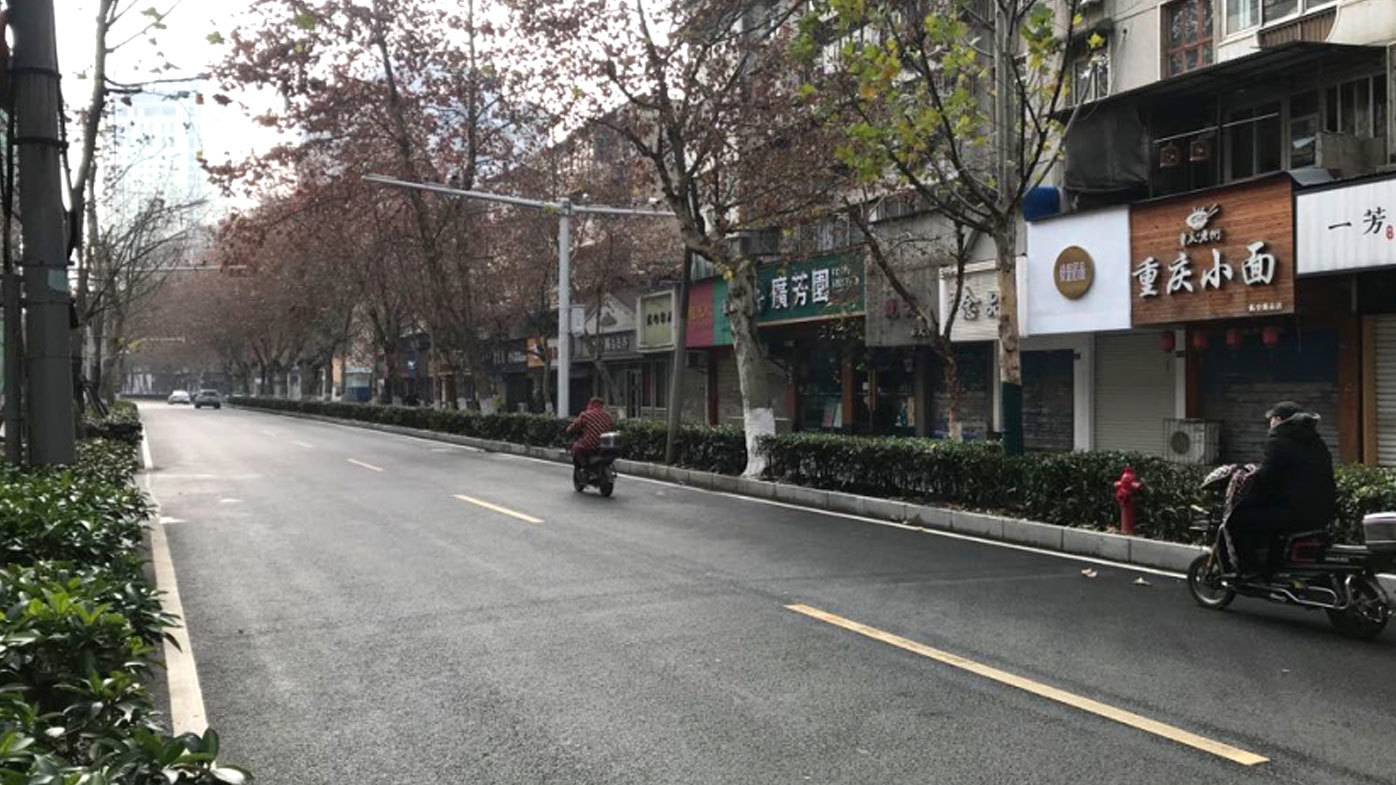 Ms Ahuja has lived in Wuhan for a year and a half, while studying a Bachelor of Medicine and Bachelor of Surgery at the Tongji Medical College.

Originally from the Ukraine, she has lived in Australia for the past 13 years; first on the Gold Coast and most recently in Canberra where her parents and younger sisters still live.

"My parents are pretty concerned with everything that's been announced, my dad is really frantically wanting me to come home… And all my siblings are little girls, they are really worried about me and they are just repeating what my parents are telling them: 'come home, we want you home, why can't you come home?'."

In the two weeks since the quarantine was implemented, Ms Ahuja has only seen one other person and left the house only when it's been necessary to get supplies for herself and her pet dog, Arwen. 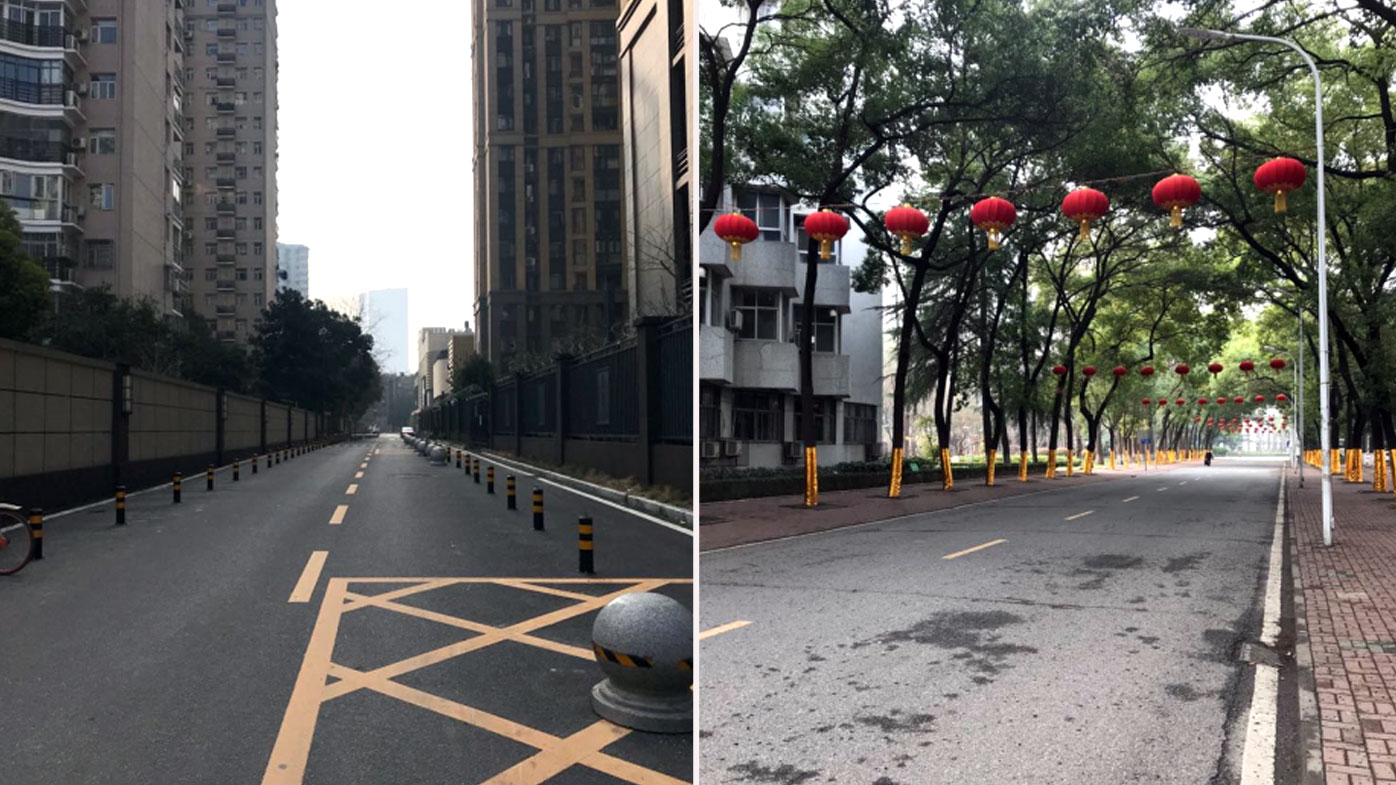 "Everyone is paranoid, wearing masks, everyone is completely covering themselves. There is this feeling of paranoia among everyone, just looking at everyone else thinking are they possibly sick.

"Everyone will just run into the store, pushing, shoving, trying to get as much food as they can.

"Despite having two masks on myself, and a huge jacket and a hood covering my hair, covering my hands, I am still sometimes scared to breathe," she said.

Ms Ahuja has been in contact with the Department of Foreign Affairs and Trade about being evacuated but is concerned about her dog. 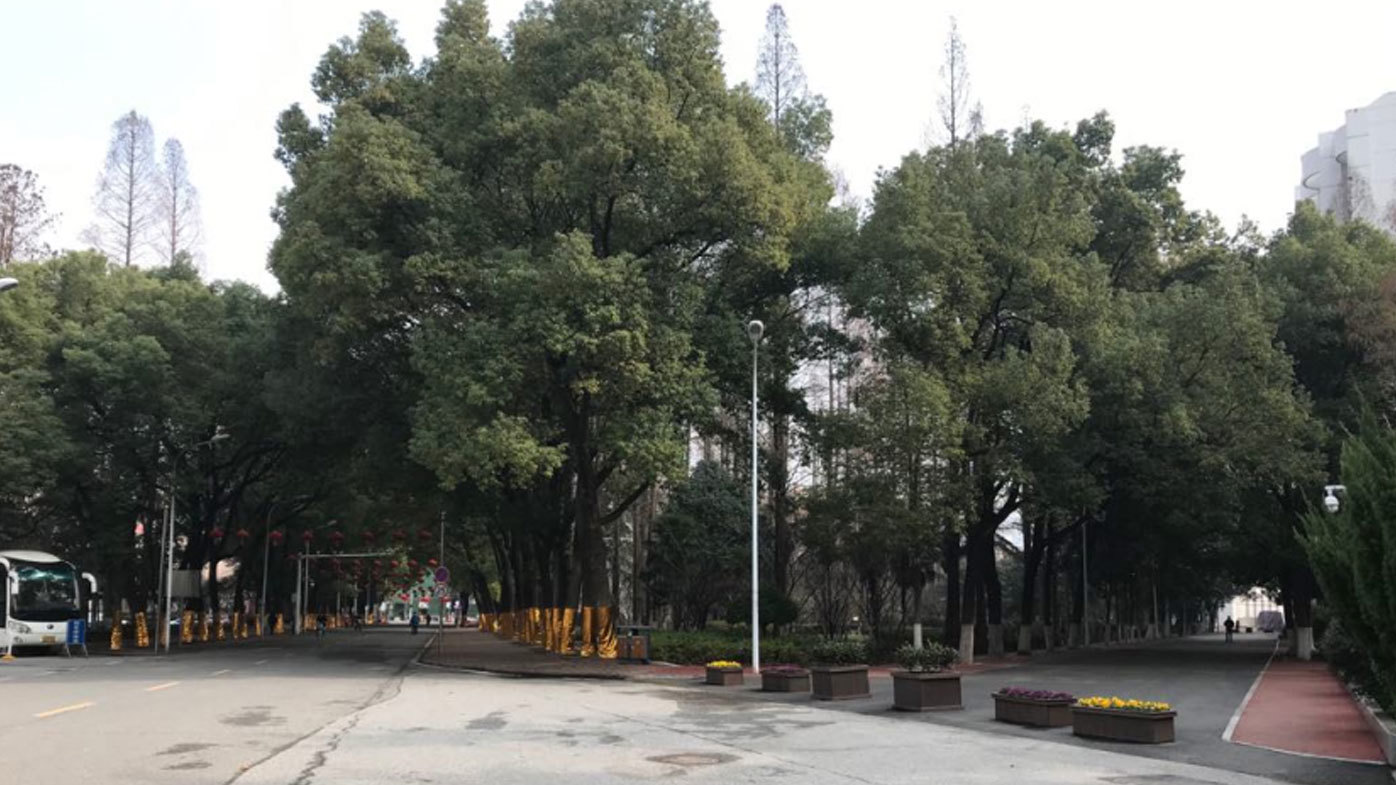 "A likely scenario is I will not be on any outgoing flight because I am choosing to not leave due to the fact that I have a pet.

"Because of Chinese New Year, and everyone leaving and abandoning their pets there are no spaces in pet boarding, and I cannot abandon her."

She also worries that while she is perfectly healthy now, being on a flight and then boarding in a detention centre with others may actually increase her chance of catching coronavirus. 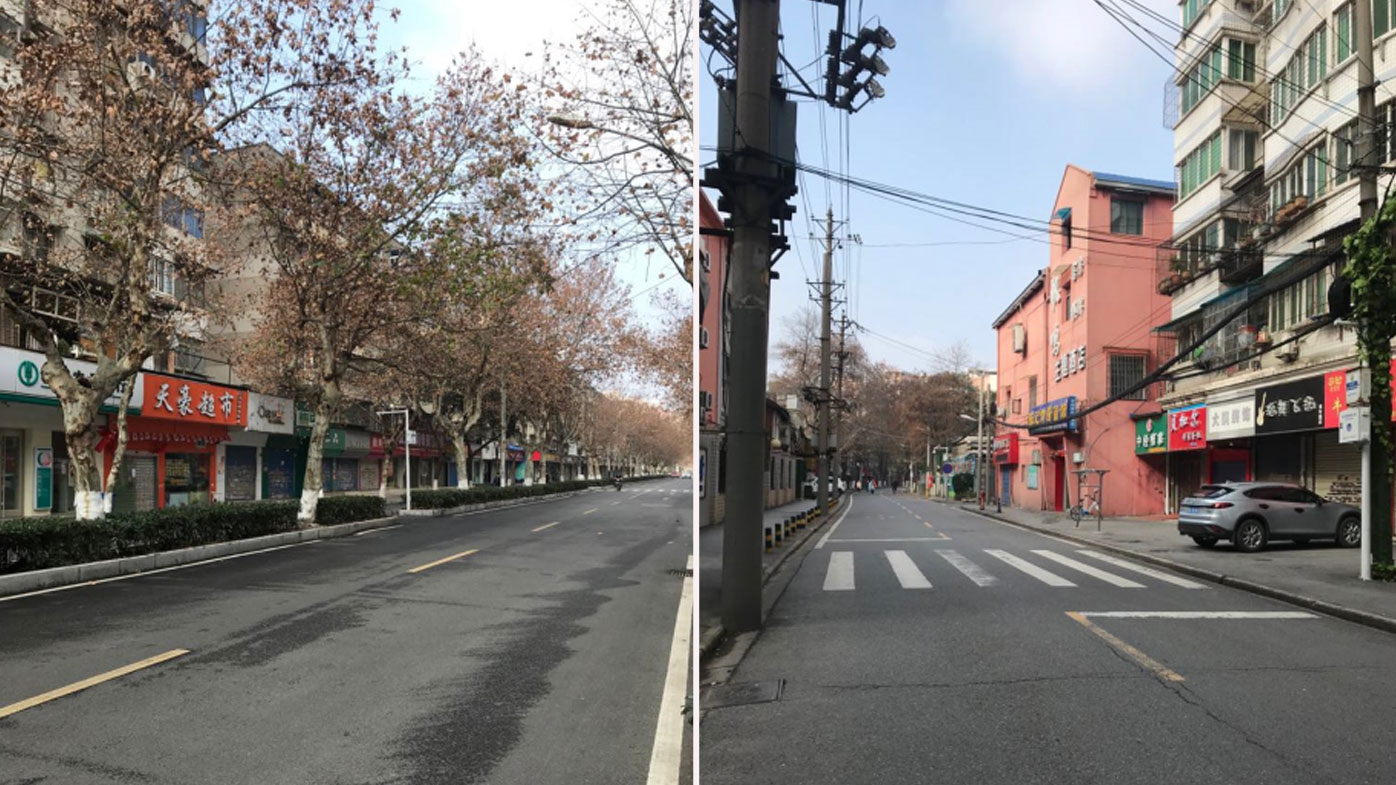 Despite the fear, and the isolation, Ms Ahuja said she has since glimpses of solidarity between people in the locked down city.

"There have been reports of many people yelling "武汉加油" (Wǔhàn jiāyóu) from their apartment windows in a few complexes, which means "Wuhan keep going".

"I thought it was quite empowering and it seems people are coming together in this desperate time, which is something I feel the world really needs right now."

The death toll from the coronavirus has risen to 492 worldwide, and more than 24,00 cases reported.

In Australia an eight-year-old boy has tested positive for the disease in Queensland, while a pregnant woman in Perth is also in isolation.