When mum Michelle Potts ran her baby daughter a bath she was in no way prepared for what came out of the tap – a putrid stream of dark brown liquid.

When mum Michelle Potts ran her baby daughter a bath a few days ago she was in no way prepared for what came out of the tap – a putrid stream of dark brown liquid.

"I had actually started running the bath and the water was clear," Ms Potts, from Lithgow in the Blue Mountains, told nine.com.au.

"I turned away to start undressing my daughter and out of the corner of my eye I see black.

"It looked like Coke, that is how dark the colour of the water was. It was just gross."

Residents in the historic and picturesque town say they have been left disgusted by intermittent episodes of dirty running water and recurring water outages that can sometimes last for days at a time.

Meanwhile, Lithgow City Council, which services the region's 22,000 residents, admits the dirty water - caused by a mixture of iron and manganese sediment - doesn't "look pleasant" but says it doesn't pose any health risks. 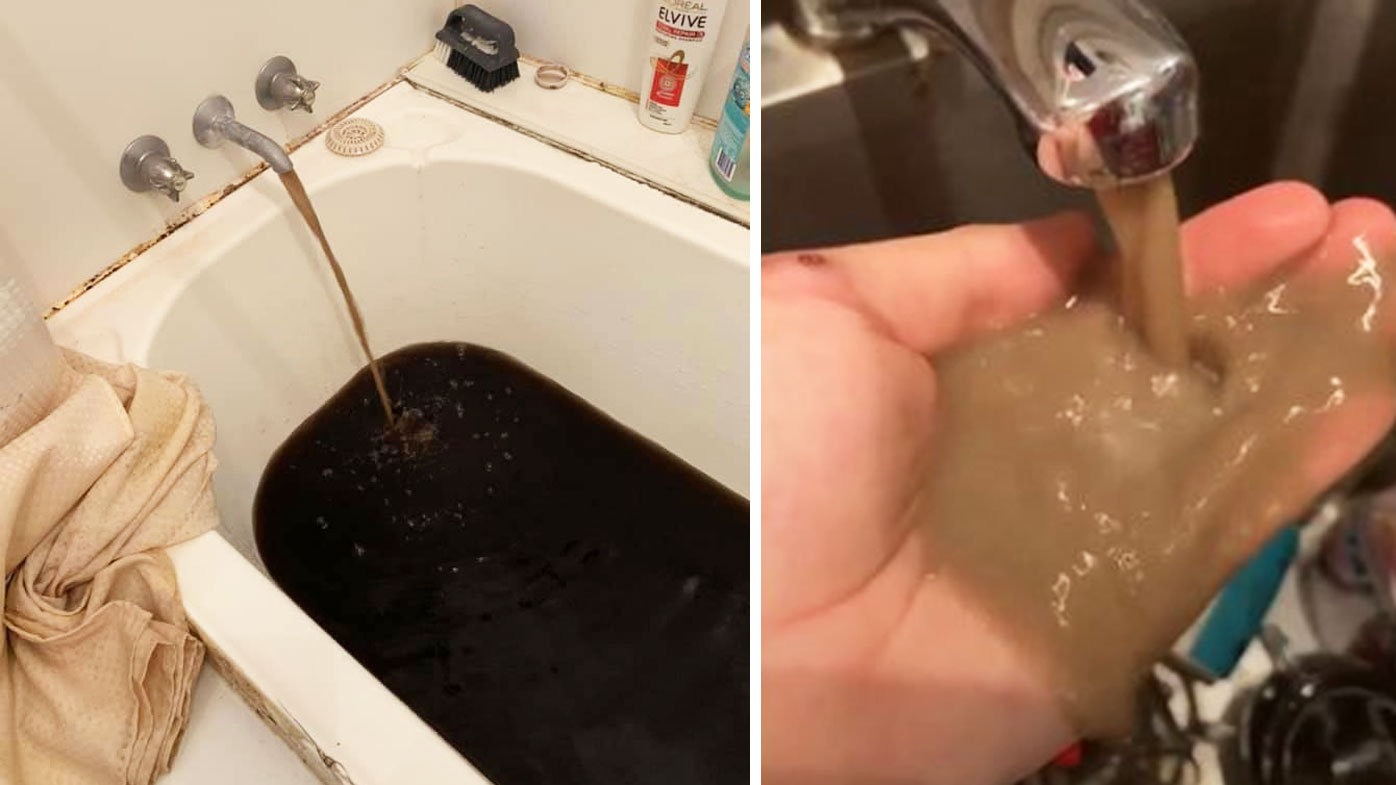 Locals say water issues have been occurring in the town for some time but appear to have gotten worse in the past year, and particularly since December.

On December 21, the massive Gospers Mountain fire came terrifyingly close to the town centre and destroyed about five properties on the edge of Lithgow.

Extra demand for water from firefighters put pressure on the system and led to a water main connected to the reservoir bursting two days later on December 23, causing widespread water outages.

Many residents say they were left without water for more than a day as the weather conditions again deteriorated and fires threatened the town for a second time.

"The houses on the edge of town had gotten burned two days before," local artist Macgregor Ross said.

"The weather calmed down a little bit, but a couple of days later it was forecast for the wind and heat to come in again.

"We were all on edge – and guess what, the water went out. It was panic. We had no water, there was wind and it was just a nightmare. There was a lot of anxiety, as you can imagine. There was normal anxiety and then suddenly no water." 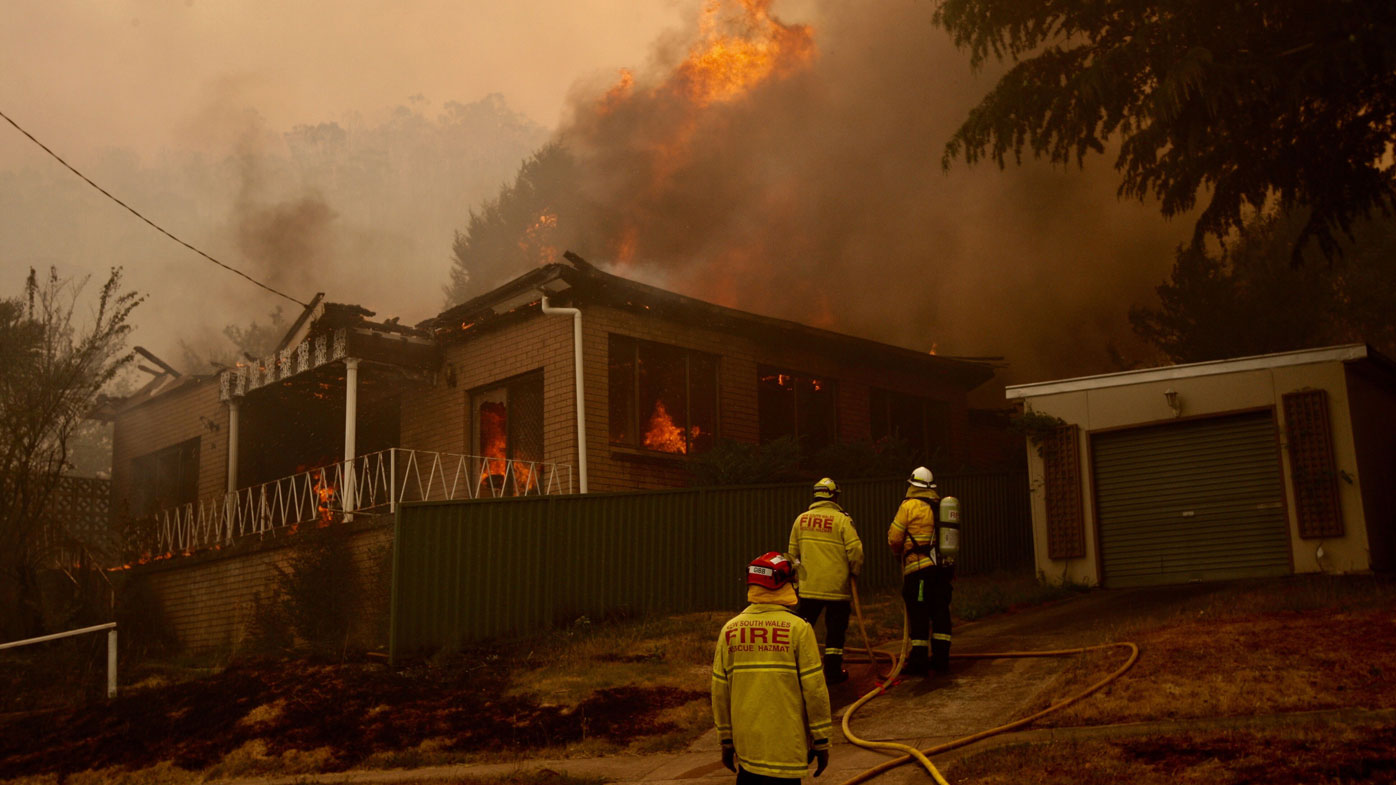 "There are so many outages. It really depends on where you are in the town and where the break occurs. But it's pretty much once a week we lose water and when it comes back it will run brown for a few minutes."

Tania Aussel, who runs the local Tin Shed Café, said the water outages had forced her to close her business for five days in the last six weeks.

With the combined effect of the fires and water issues, the café had been hit hard, losing about $60,000 worth of business, Ms Aussel said. 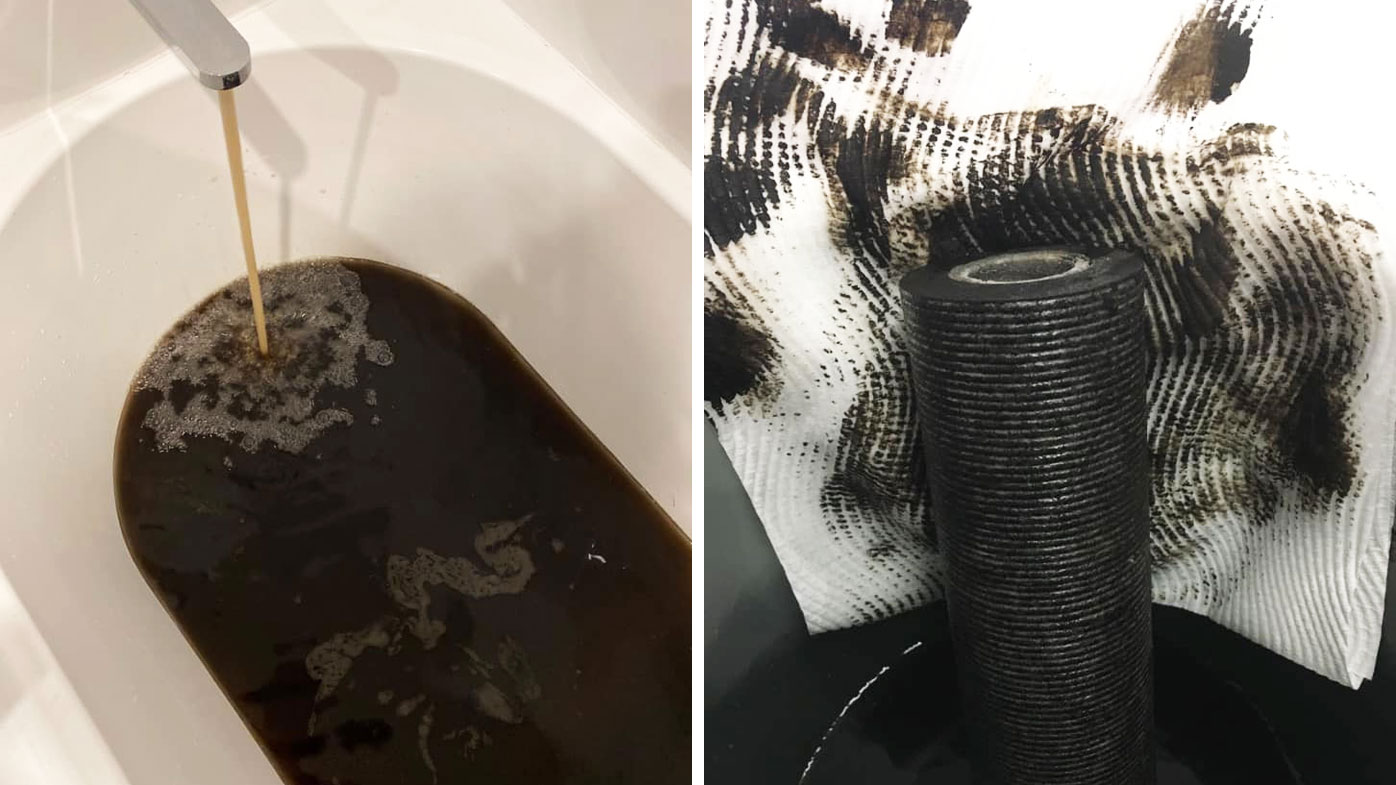 "The water infrastructure here needs a total overhaul and they are sort of putting bandaids on things."

As well as the outages, the intermittent issues with dirty water were also difficult to cope with, Ms Aussel said.

"We have days here where I can't even give people drinking water. They have got to buy it, and I can't even allow my staff to drink it. 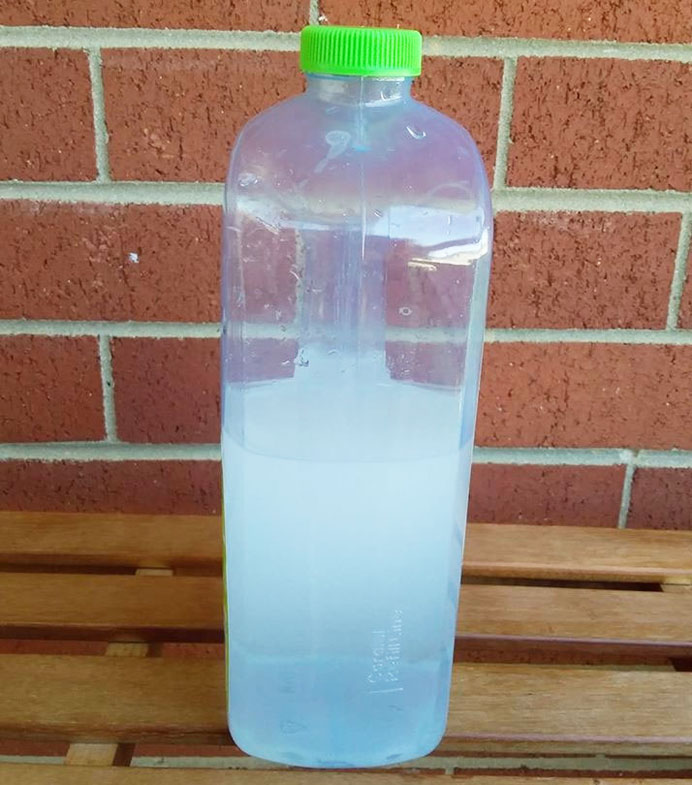 "At my shop now the water is clean, but at my house it's brown. I mopped my floor this morning with brown water. It's been five days since I've washed my hair.

"In Sydney, it would be fixed. Everyone would be up in arms."

Lithgow City Council's director of water and waste water, Daniel Buckens, said the dirty water was a separate issue from the outages and appeared to begin with the burst main after the fires in December.

"The dirty water issue is something that we are still trying to come to grips with at the moment.

"It's not isolated, it's widespread. When we get complaints we get staff out, and in a lot of instances we haven't been able to find anything. The issue seems to pass through the system quite quickly."

Mr Buckens admitted the council was not sure why the iron and manganese sediment was continuing to plague the town's water supply even after the system had been flushed out repeatedly.

"It shouldn't have lasted this long. We have turned the system over pretty much every day and a half, so everything that was in there should have been flushed out," Mr Buckens said. 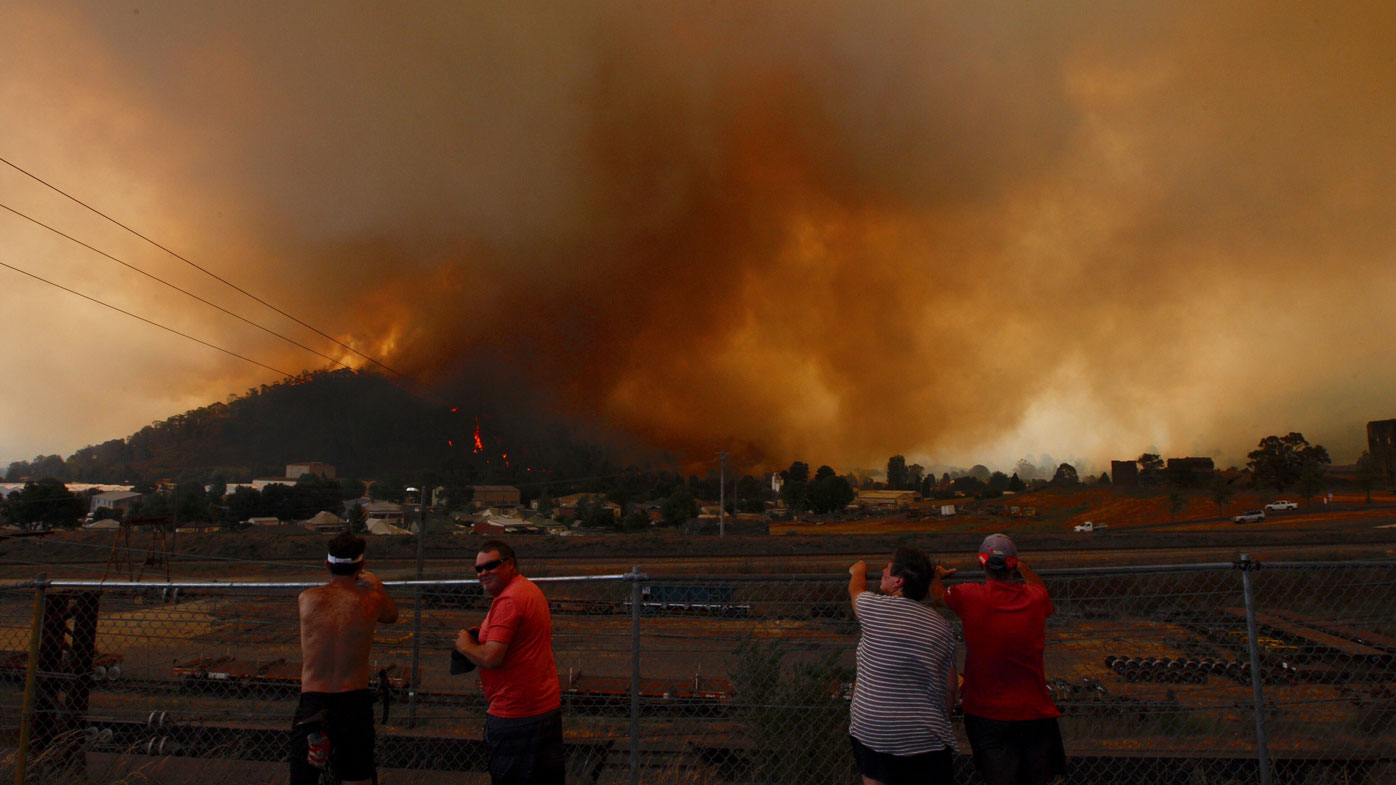 Importantly, tests conducted by NSW Health had not shown up any health risks in the brown water, Mr Buckens said.

"All our water sampling to date has shown that there are no health risks. NSW Health, our samples to them have confirmed that everything is within the Australian drinking water guidelines," he said.

READ:  Bikies told to use 'makeup' to cover up as WA legislation introduced

"Yes, aesthetically it doesn't look pleasant, but it doesn't exceed any of those health guidelines. There is no health risk and we have got another range of samples that will go to NSW Health tomorrow morning, just to confirm that."

In regards to the outages, Mr Buckens said the council was addressing the problem in a number of ways, including using smart technology to assess the condition inside the town's water pipes.

"What we have also done is we have gone through installing our smart meters, which is the first stage of undertaking future active leak detection," he said.

"The second phase of that is to create zones within the network and meter it so that we can proactively identify leaks before they become major issues."

However, local councillor Cassandra Coleman said the aging water infrastructure in Lithgow needed a bigger overall investment, which would require funding from the state government.

"There are no regional councils that are well off. We are dealing with aging infrastructure and the worst drought that we have had in 100 years," Cr Coleman said.

"I think we need to look at lobbying the State Government, about calling on them to provide funding to fix our water infrastructure problems. Our local member, Paul Toole, he needs to look at the state providing some funding."