Matt Wilkinson was paddling at Sharpes Beach at Ballina, in northern NSW, when the dark shadow of a 2.5-metre Bull shark surfaced and swam towards him.

Australian professional surfer Matt Wilkinson got a "sharkie vibe" as he was unknowingly circled by a huge ocean predator.

Wilkinson was paddling behind the breakers at Sharpes Beach at Ballina, in northern NSW, yesterday when the dark shadow of a 2.5-metre Bull shark surfaced and swam towards him.

"I heard a little plonk behind me… I got the sharkie vibe, but I convinced myself it was all good," Wilkinson told 9News. 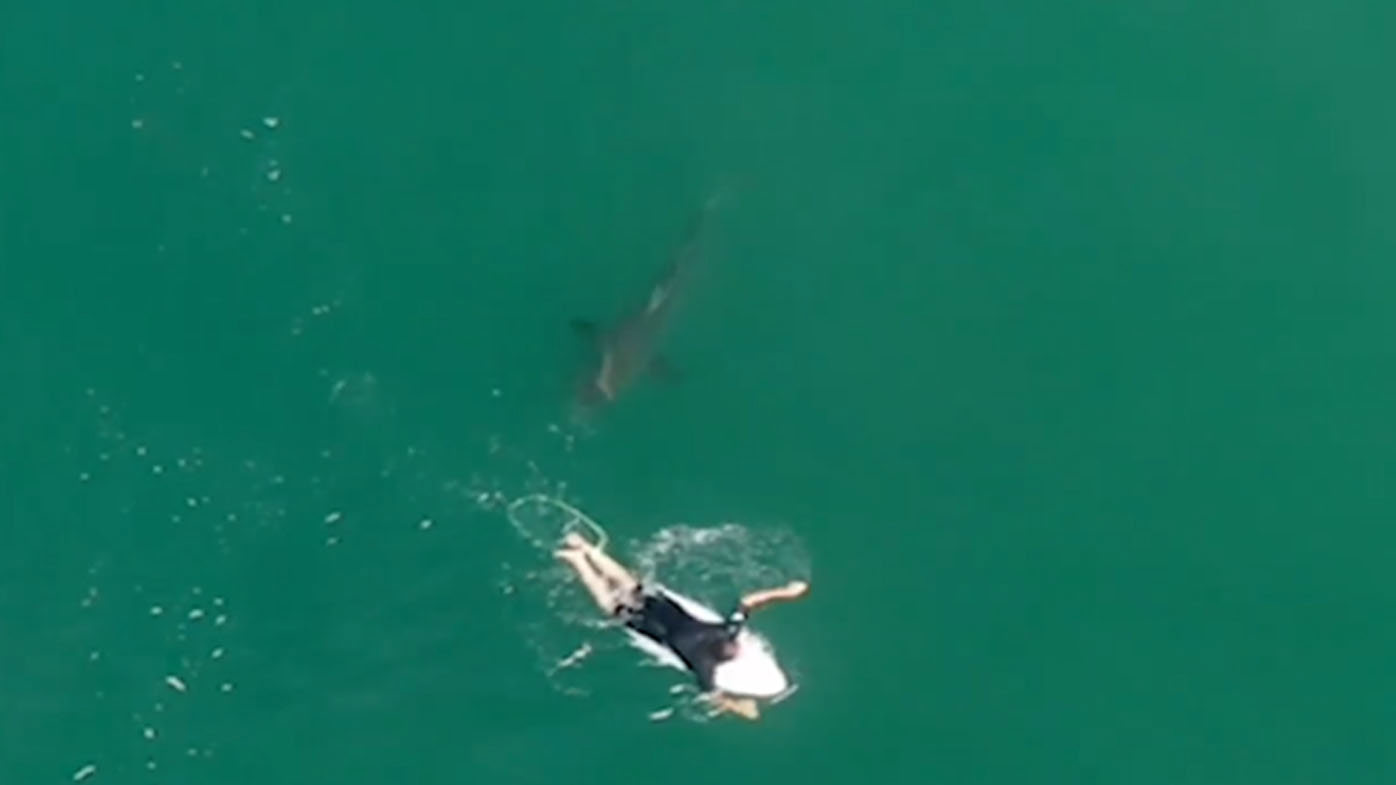 The shark is seen within centimetres of Wilkinson's feet before jolting off in the opposite direction in vision recorded by the Surf Life Saving NSW UAV drone.

"The drone came down and told me that there was a dangerous shark in the area, return to the beach," Wilkinson said yesterday.

"I got to the shore feeling a bit weird and the lifeguards showed me the footage and I realised how close it came without knowing it was there. It looks like it's going for my leg and it's changed its mind. 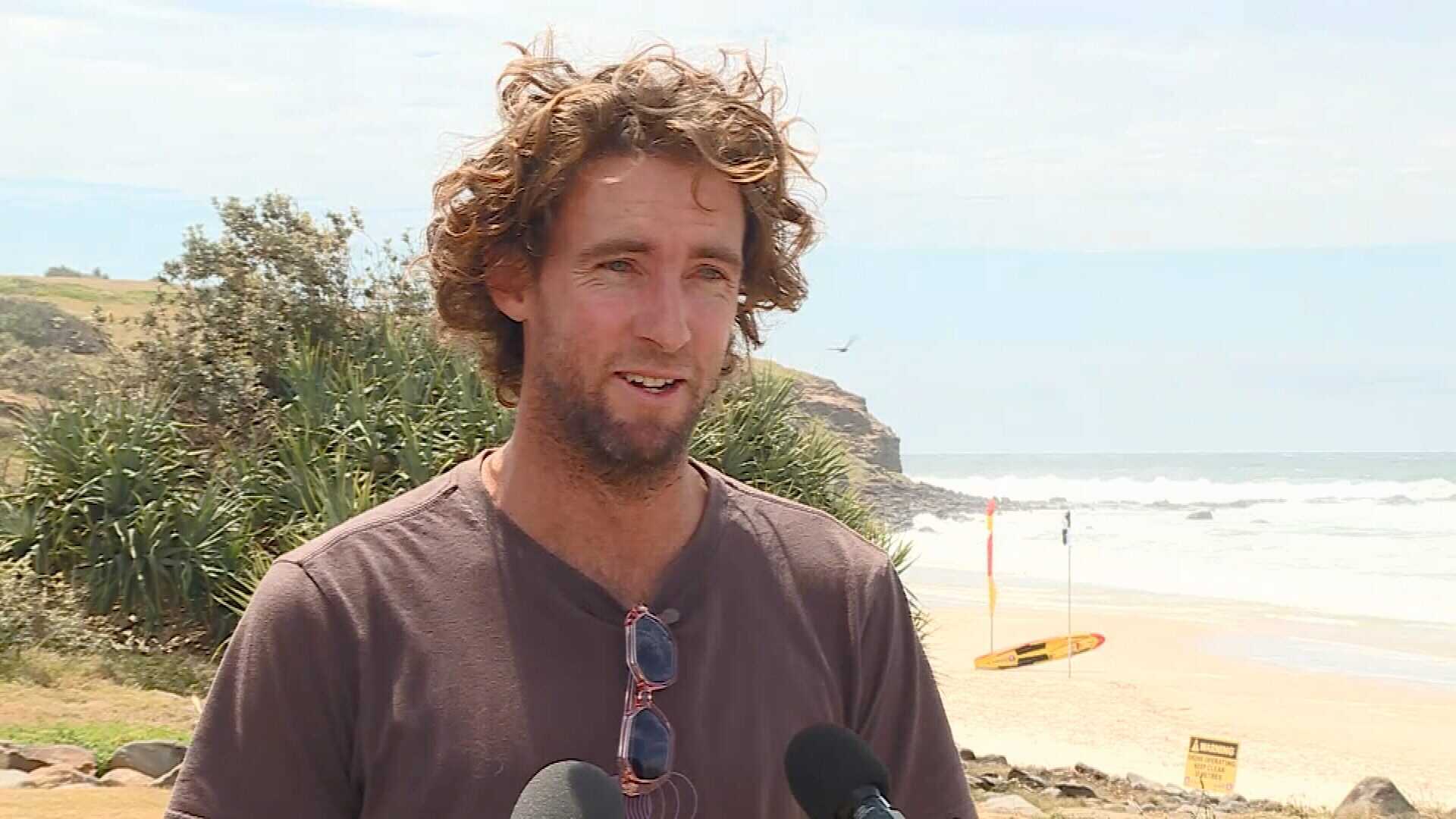 "(It's) so mind blowing to see something so big come at me and decide two inches away it didn't want to eat me, but it could have."

Surf Life Saving NSW's Beau Zandermonks was the shark spotted behind the controls of the drone. He told 9News as soon as he saw the shark, he hit the alarm and tried getting people out of the water.

"I switched the speaker on and put the message out to the surfers in the area," Mr Zandermonks said.

A day after the hair-raising encounter, Wilkinson has said he's contemplating sticking to shore breaks when out for a surf, while his wife — who he married last weekend — is hoping he'll take up a new hobby out of the water.

"I don't know if they saved my life yesterday, but I think (the drones) will definitely save lives, for sure," he said.

"(My wife) used to hate me playing golf. It might now be one of her favourite pastimes."

Wilkinson was surfing at the J-Bay competition in South Africa in 2015 when friend and three-time World Champion Mick Fanning was knocked off his board by a great white shark.

Wilkinson surfed the heat prior to Fanning. 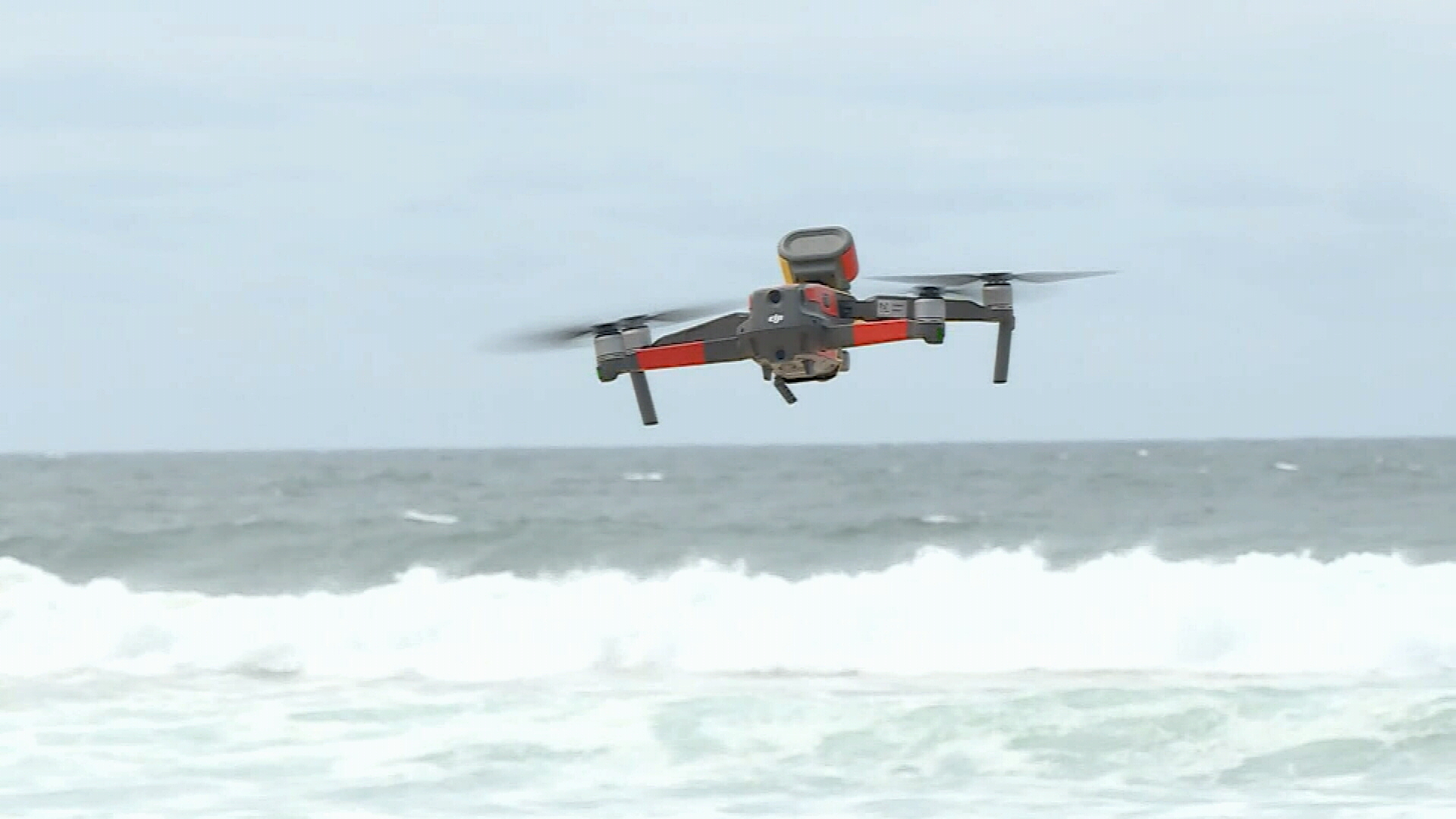 The UAVs are being flown by Surf Life Saving NSW every day during the NSW holidays at beaches in Ballina, and another 34 beaches in the state.

The drone also spotted a large shark near competitors at the Tweed Coast Pro World Surf League event at nearby Cabarita a few weeks ago.

There have been multiple shark sightings up and down the north coast of NSW in the past few days, with a dead whale attracting great whites.