Israel has massed troops along the border and called up 9,000 reservists following days of fighting with the Islamic militant group Hamas, which controls Gaza.

Israeli artillery pounded northern Gaza early Friday in an attempt to destroy a vast network of militant tunnels inside the territory, the military said, bringing the front lines closer to dense civilian areas and paving the way for a potential ground invasion.

Israel has massed troops along the border and called up 9,000 reservists following days of fighting with the Islamic militant group Hamas, which controls Gaza.

Palestinian militants have fired some 1,800 rockets and the military has launched more than 600 airstrikes, toppling at least three apartment blocks. 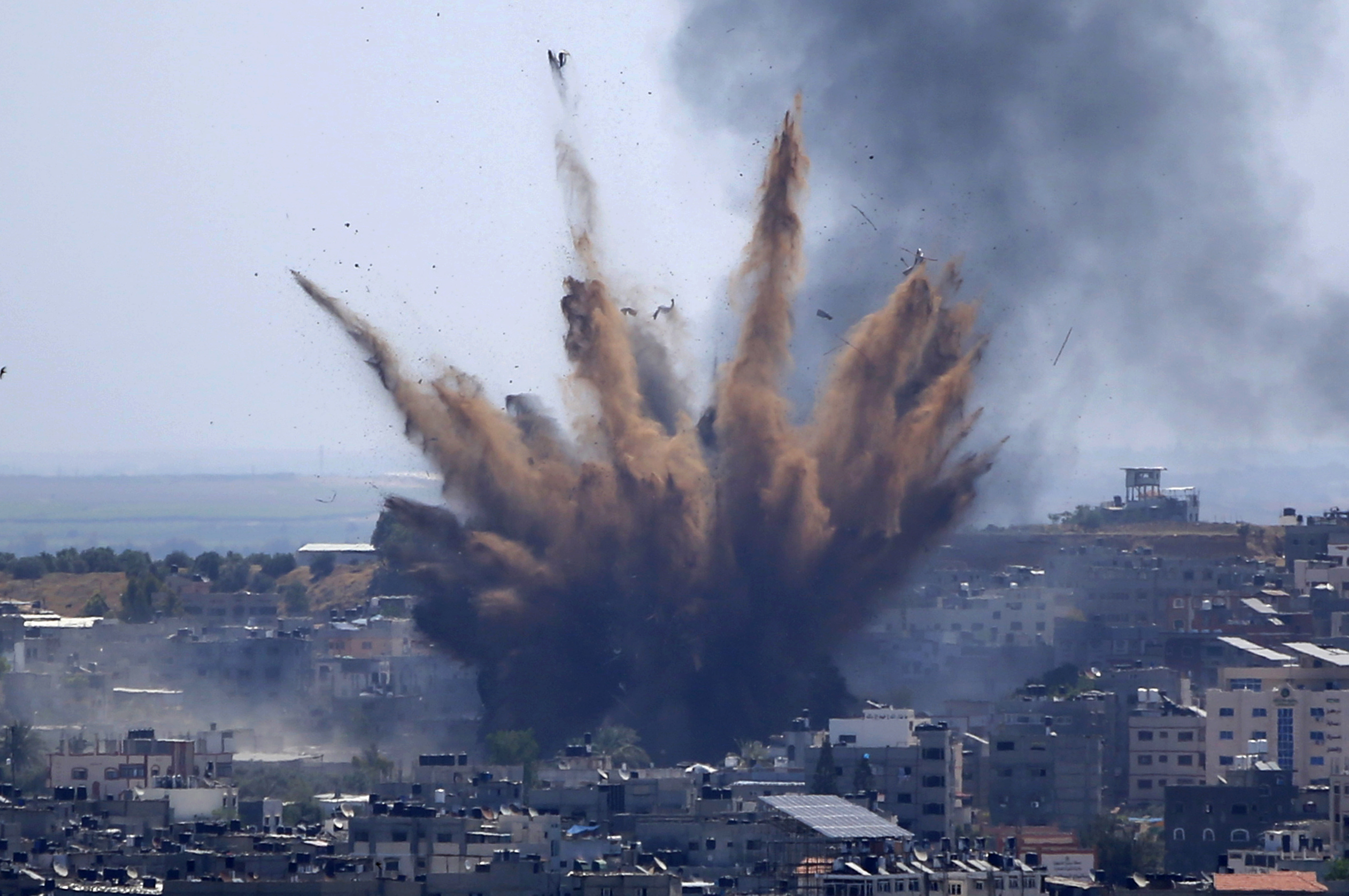 The stepped-up fighting came as communal violence in Israel erupted for a fourth night, with Jewish and Arab mobs clashing in the flashpoint town of Lod. The fighting took place despite a bolstered police presence ordered by the nation's leaders.

Masses of red flames illuminated the skies as the deafening blasts from the outskirts of Gaza City jolted people awake.

In the northern Gaza Strip, Rafat Tanani, his pregnant wife and four children were killed after an Israeli warplane reduced the building to rubble, residents said. Sadallah Tanani, a relative, said the family was "wiped out from the population register" without warning. "It was a massacre. My feelings are indescribable," he said. 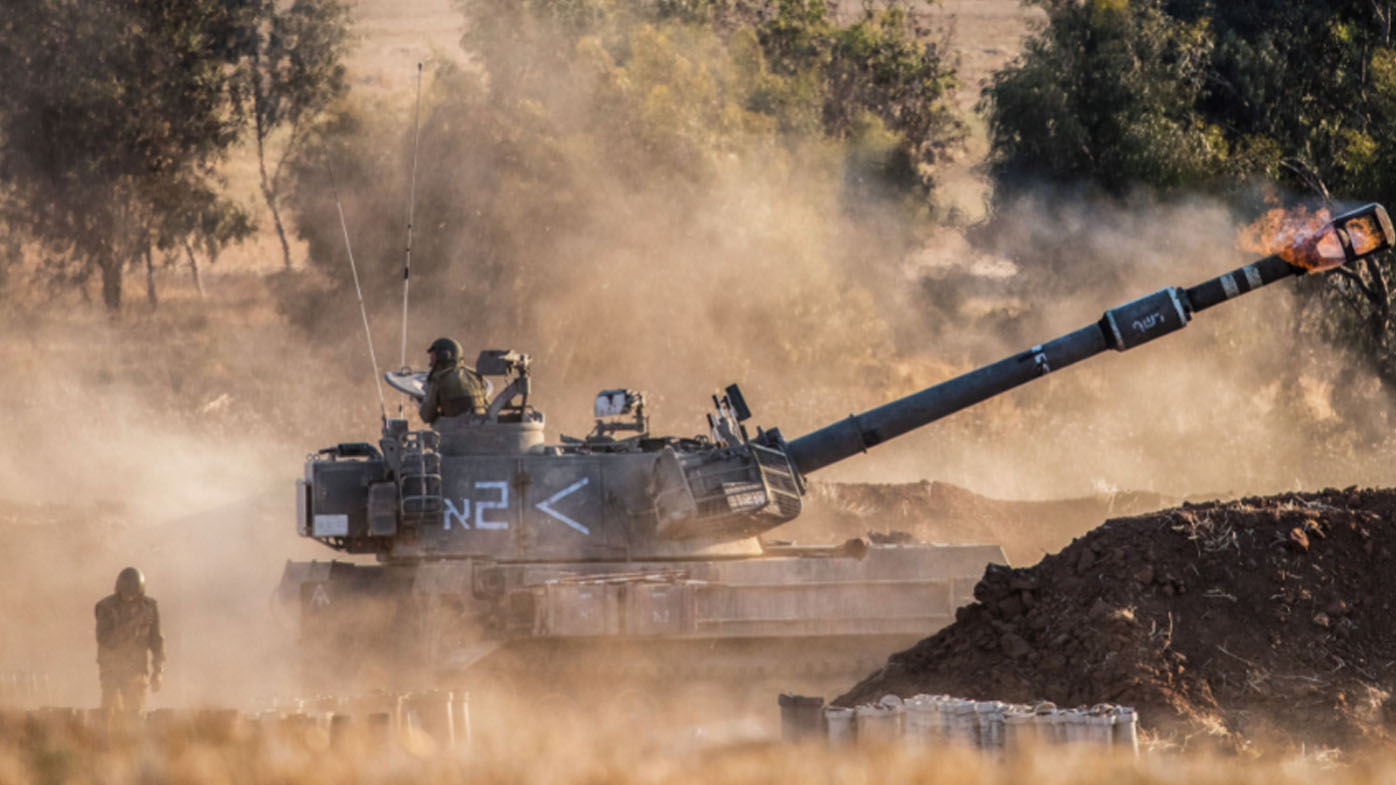 Lt. Col. Jonathan Conricus, a military spokesman, said tanks stationed near the border fired 50 rounds. It was part of a large operation that also involved airstrikes and was aimed at destroying tunnels beneath Gaza City used by militants to evade surveillance and airstrikes, which the military refers to as "the Metro."

"As always, the aim is to strike military targets and to minimise collateral damage and civilian casualties," he said.

"Unlike our very elaborate efforts to clear civilian areas before we strike high-rise or large buildings inside Gaza, that wasn't feasible this time."

The strikes came after Egyptian mediators rushed to Israel for cease-fire talks that showed no signs of progress. Saleh Aruri, an exiled senior Hamas leader, told London-based satellite channel Al Araby that his group has turned down a proposal for a three-hour lull. He said Egypt, Qatar and the United Nations were leading the truce efforts. 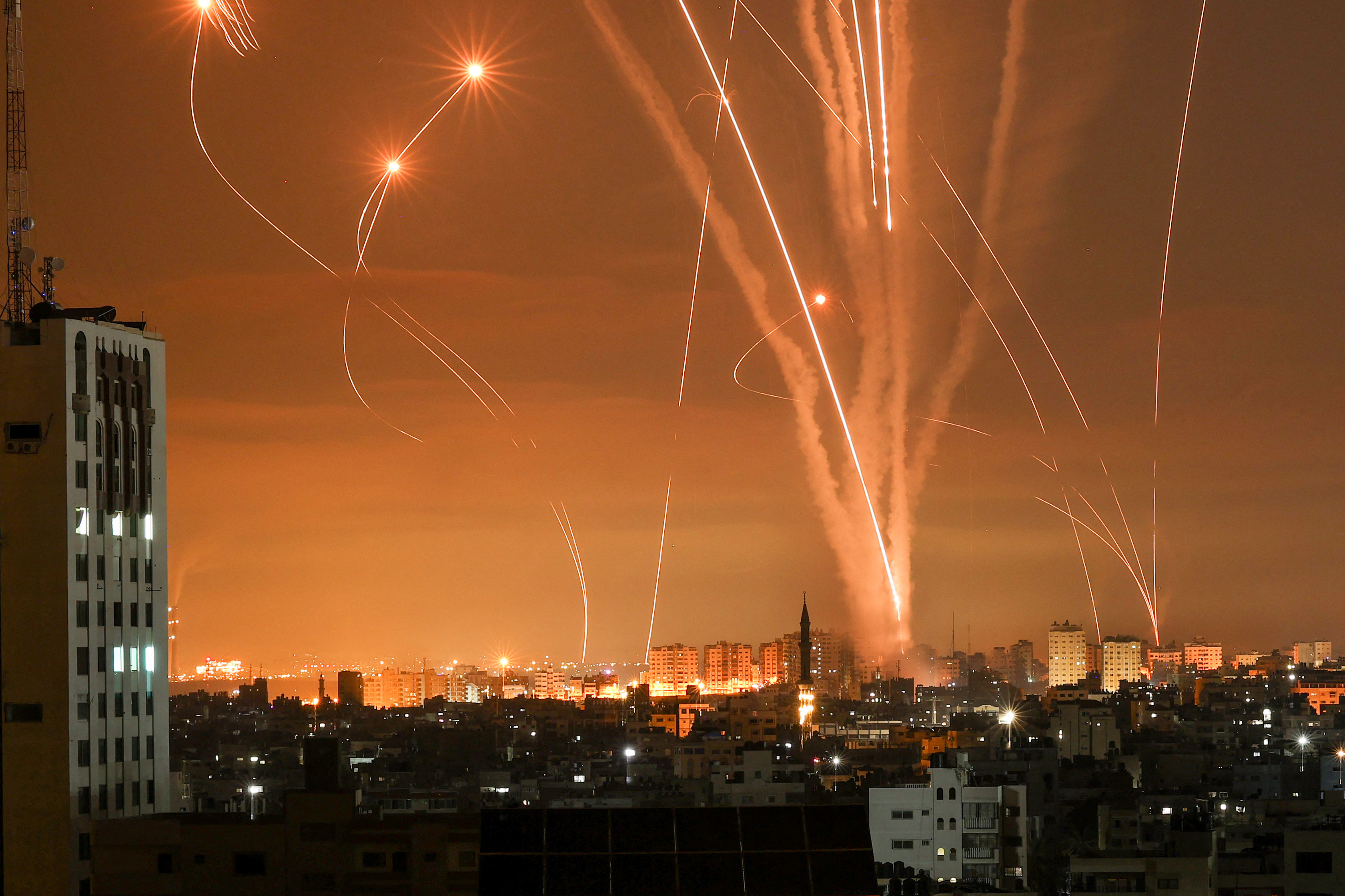 The fighting broke out late Monday when Hamas fired a long-range rocket at Jerusalem in support of Palestinian protests there against the policing of a flashpoint holy site and efforts by Jewish settlers to evict dozens of Palestinian families from their homes.

Since then, Israel has attacked hundreds of targets in Gaza, causing earth-shaking explosions across the densely populated territory. Gaza militants have fired 1,800 rockets into Israel, including more than 400 that fell short or misfired, according to the military.

The rockets have brought life in parts of southern Israel to a standstill, and several barrages have targeted the seaside metropolis of Tel Aviv, some 70 kilometres away from Gaza. 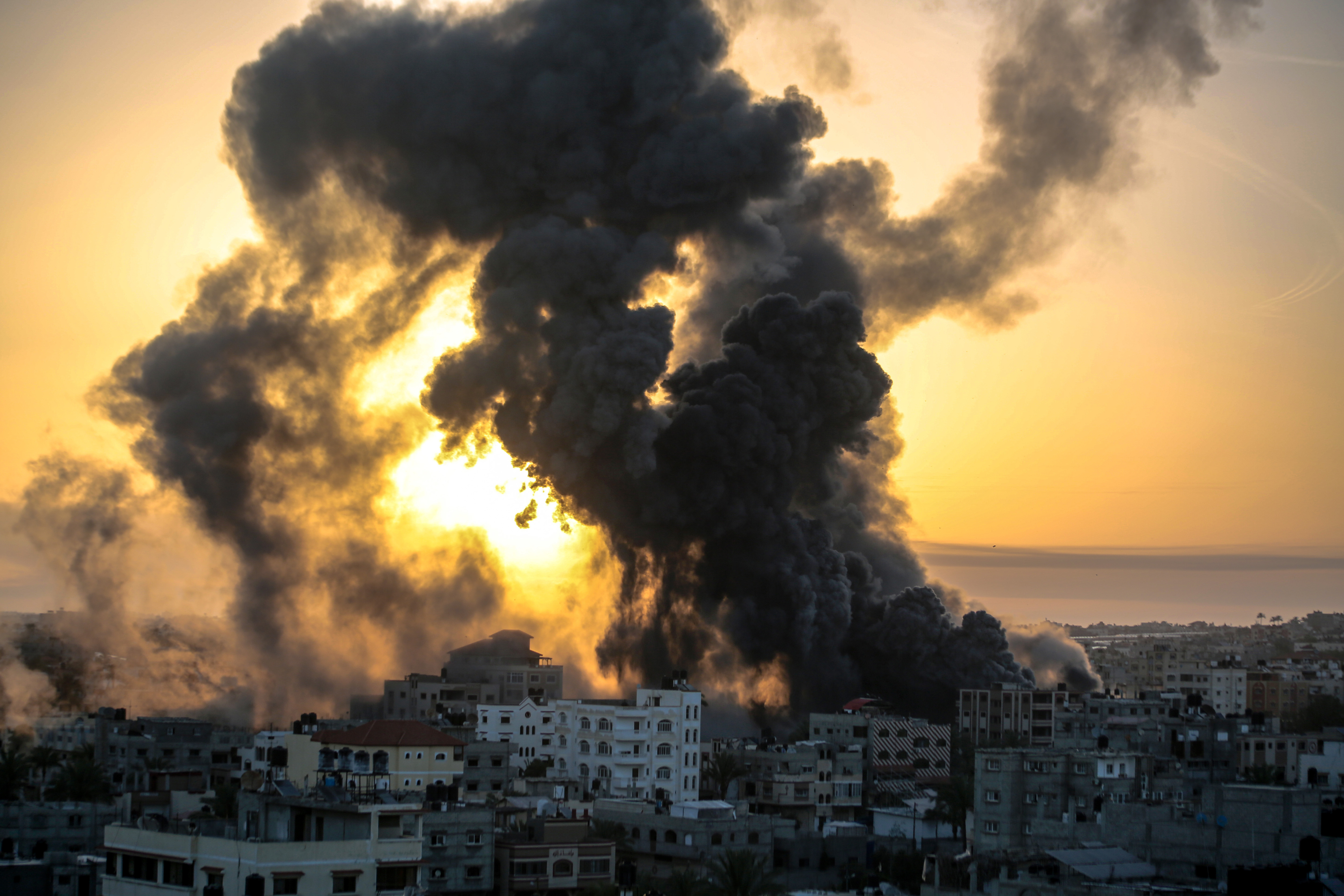 The Gaza Health Ministry says the death toll has risen to 119 killed, including 31 children and 19 women, with 830 wounded. The Hamas and Islamic Jihad militant groups have confirmed 20 deaths in their ranks, though Israel says that number is much higher. Seven people have been killed in Israel, including a 6-year-old boy and a soldier.

Prime Minister Benjamin Netanyahu vowed to continue the operation, saying in a video statement that Israel would "extract a very heavy price from Hamas."

In Washington, President Joe Biden said he spoke with Netanyahu about calming the fighting but also backed the Israeli leader by saying "there has not been a significant overreaction."

He said the goal now is to "get to a point where there is a significant reduction in attacks, particularly rocket attacks." He called the effort "a work in progress." 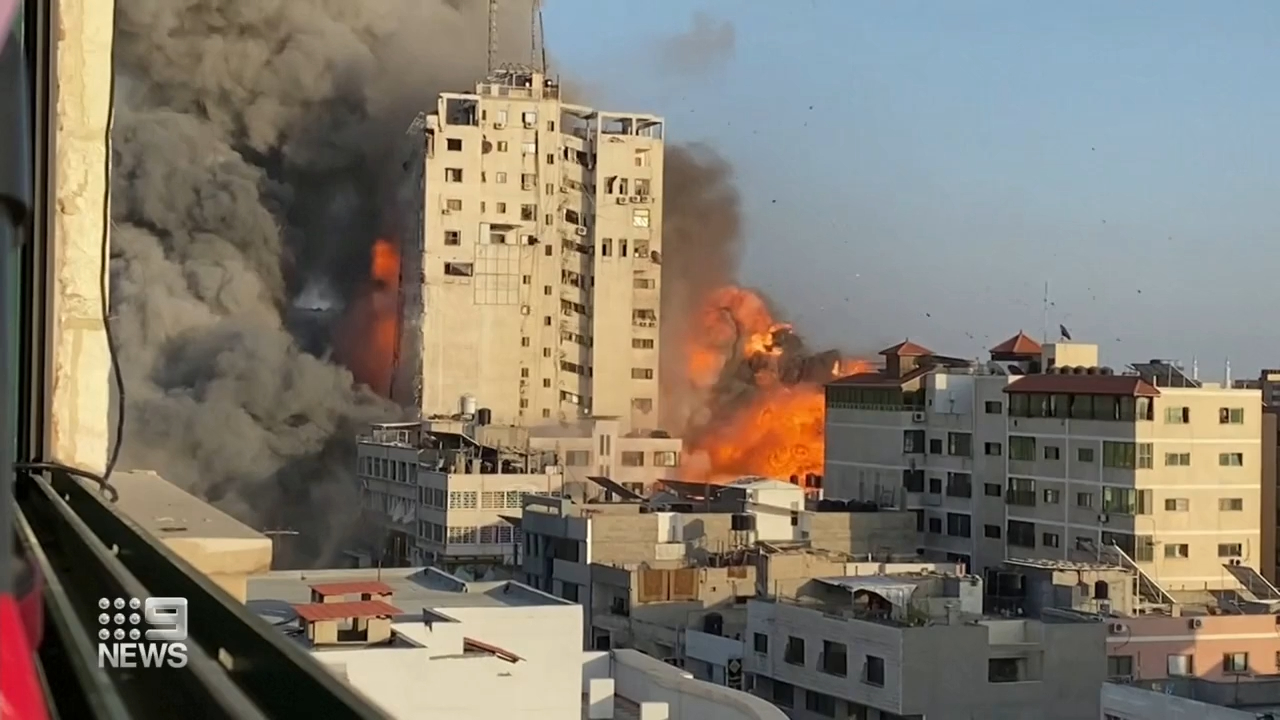 Israel has come under heavy international criticism for civilian casualties during three previous wars in Gaza, a densely populated area that is home to more than 2 million Palestinians. It says Hamas is responsible for endangering civilians by placing military infrastructure in civilian areas and launching rockets from them.

Hamas showed no signs of backing down. It fired its most powerful rocket, the Ayyash, nearly 200 kilometers into southern Israel. The rocket landed in the open desert but briefly disrupted flight traffic at the southern Ramon airport. Hamas has also launched two drones that Israel said it quickly shot down.

Hamas military spokesman Abu Obeida said the group was not afraid of a ground invasion, which would be a chance "to increase our catch" of dead or captive soldiers.

The fighting cast a pall over the Muslim holiday of Eid al-Fitr, normally marked by family gatherings and festive meals. Instead, the streets of Gaza were mostly empty. 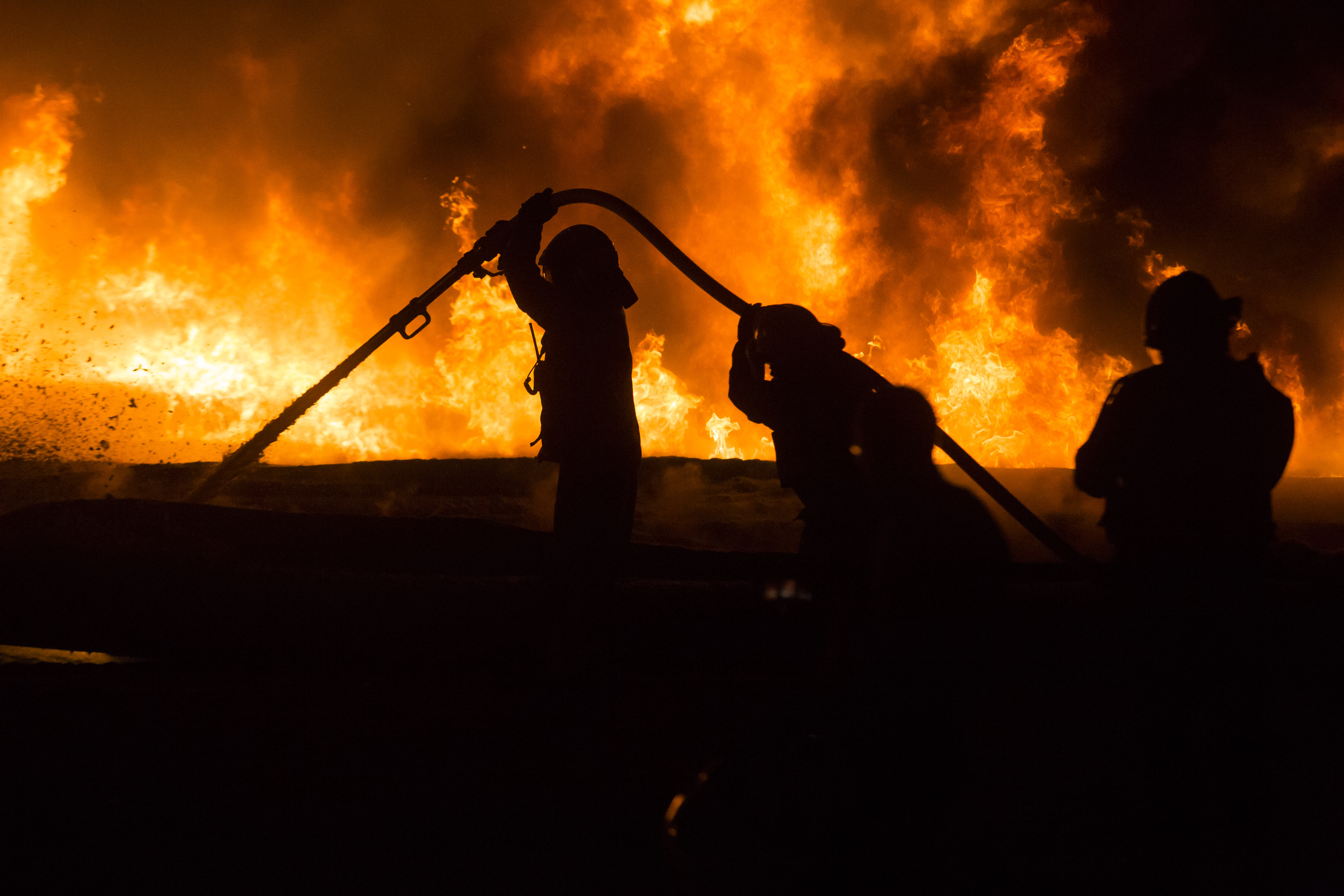 The current eruption of violence began a month ago in Jerusalem. A focal point of clashes was Jerusalem's Al-Aqsa Mosque, built on a hilltop compound that is revered by Jews and Muslims. Israel regards all of Jerusalem as its capital, while the Palestinians want east Jerusalem, which includes sites sacred to Jews, Christians and Muslims, to be the capital of their future state.

The violent clashes between Arabs and Jews in Jerusalem and other mixed cities across Israel has meanwhile added a new layer of volatility to the conflict not seen in more than two decades.

A Jewish man was shot and seriously wounded in Lod, the epicenter of the troubles, and Israeli media said a second Jewish man was shot. In the Tel Aviv neighborhood of Jaffa, an Israeli soldier was attacked by a group of Arabs and hospitalized in serious condition.

Police spokesman Micky Rosenfeld said some 750 suspects have been arrested since the communal violence began earlier this week. He said police had clashed overnight with individuals in Lod and Tel Aviv who hurled rocks and firebombs at them.

The fighting deepened a political crisis that has sent Israel careening through four inconclusive elections in just two years. After March elections, Netanyahu failed to form a government coalition. Now his political rivals have three weeks to try to do so.

Those efforts have been greatly complicated by the fighting. His opponents include a broad range of parties that have little in common. They would need the support of an Arab party, whose leader has said he cannot negotiate while Israel is fighting in Gaza.