Israeli archaeologists on Tuesday announced the discovery of dozens of new Dead Sea Scroll fragments bearing a biblical text found in a desert cave and believed hidden during a Jewish revolt against Rome nearly 1900 years ago.

The fragments of parchment bear lines of Greek text from the books of Zechariah and Nahum and have been dated around the 1st century AD based on the writing style, according to the Israel Antiquities Authority. They are the first new scrolls found in archaeological excavations in the desert south of Jerusalem in 60 years.

The Dead Sea Scrolls, a collection of Jewish texts found in desert caves in the West Bank near Qumran in the 1940s and 1950s, date from the 3rd century BC to the 1st century AD. They include the earliest known copies of biblical texts and documents outlining the beliefs of a little understood Jewish sect. 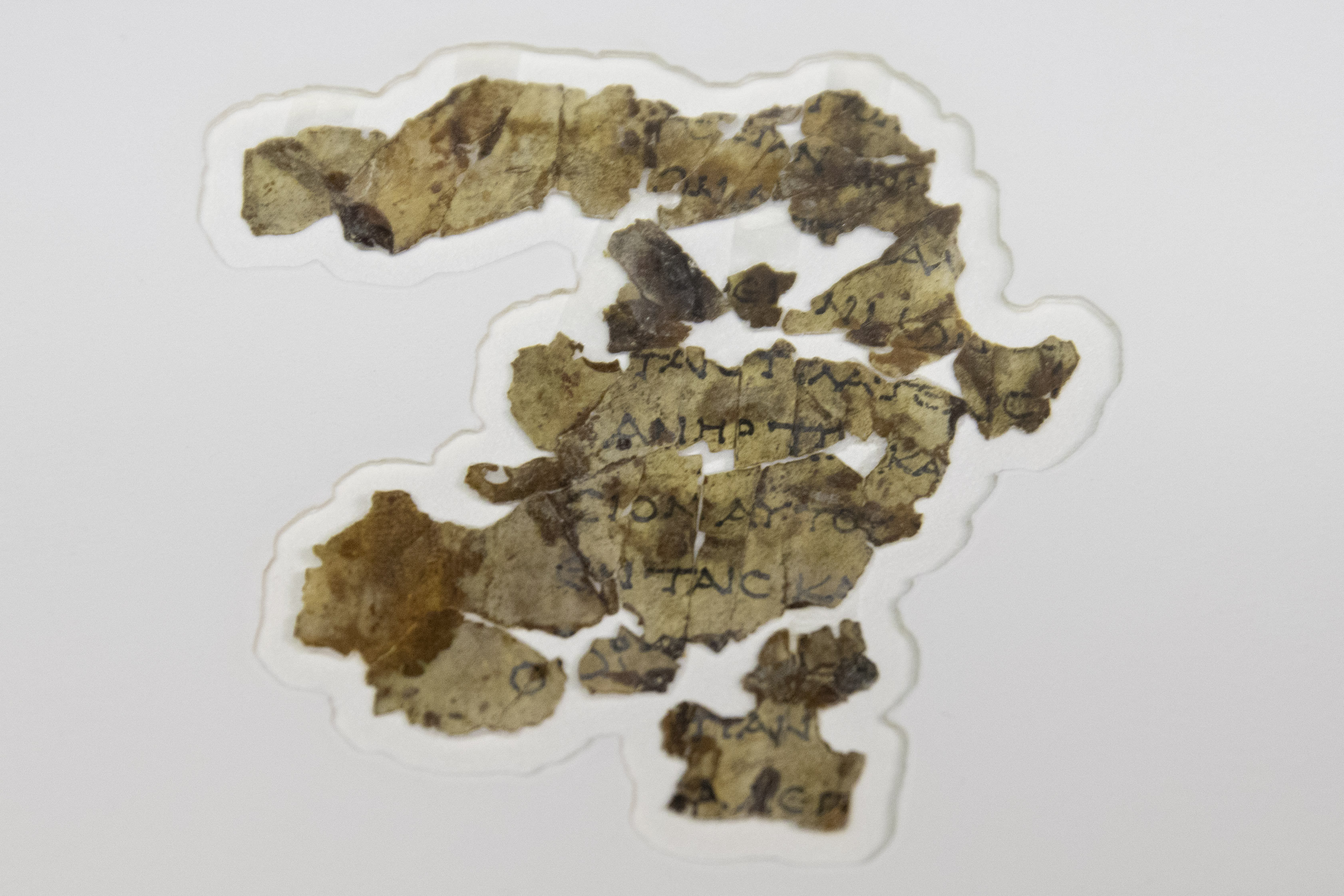 The roughly 80 new pieces are believed to belong to a set of parchment fragments found in a site in southern Israel known as the "Cave of Horror" — named for the 40 human skeletons found there during excavations in the 1960s — that also bear a Greek rendition of the Twelve Minor Prophets, a book in the Hebrew Bible. The cave is located in a remote canyon around 40km south of Jerusalem.

The artefacts were found during an operation in Israel and the occupied West Bank conducted by the Israel Antiquities Authority to find scrolls and other artefacts to prevent possible plundering. Israel captured the West Bank in the 1967 war, and international law prohibits the removal of cultural property from occupied territory. The authority held a news conference Tuesday to unveil the discovery.

The fragments are believed to have been part of a scroll stashed away in the cave during the Bar Kochba Revolt, an armed Jewish uprising against Rome during the reign of Emperor Hadrian, between 132 and 136 AD. Coins struck by rebels and arrowheads found in other caves in the region also hail from that period. 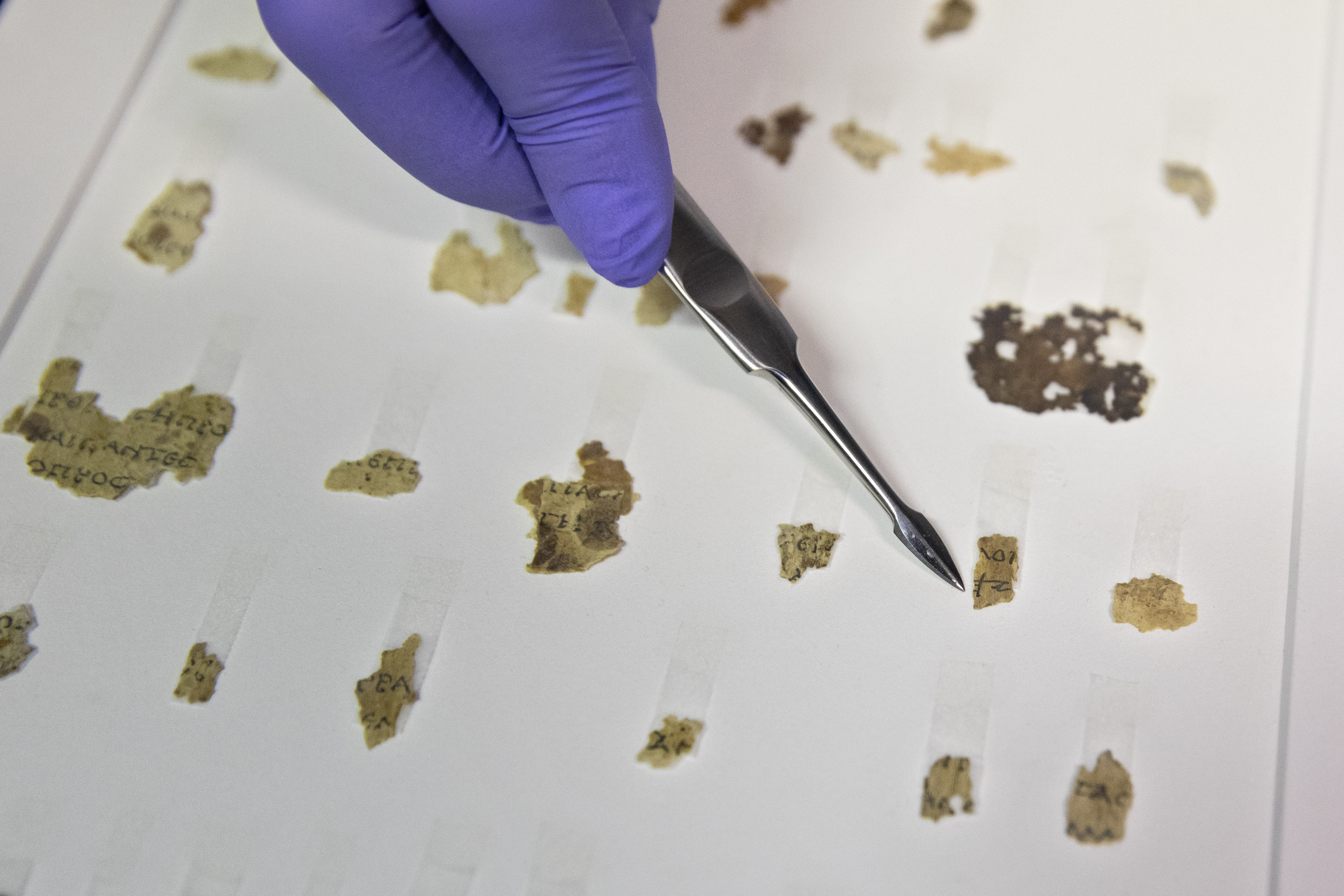 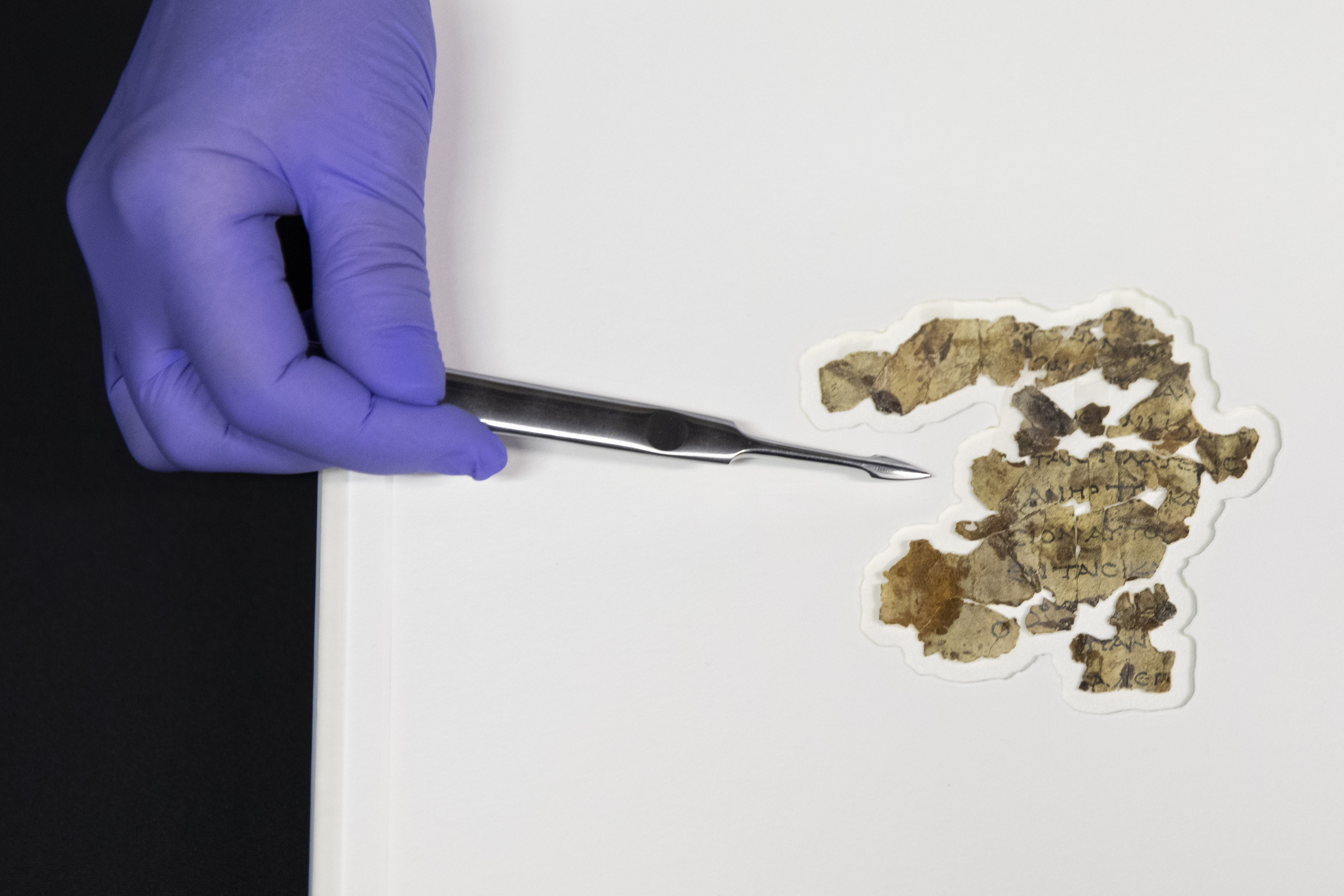 "We found a textual difference that has no parallel with any other manuscript, either in Hebrew or in Greek," said Oren Ableman, a Dead Sea Scroll researcher with the Israel Antiquities Authority. He referred to slight variations in the Greek rendering of the Hebrew original compared to the Septuagint — a translation of the Hebrew Bible to Greek made in Egypt in the 3rd and 2nd centuries BC.

"When we think about the biblical text, we think about something very static. It wasn't static. There are slight differences and some of those differences are important," said Joe Uziel, head of the antiquities authority's Dead Sea Scrolls unit. "Every little piece of information that we can add, we can understand a little bit better" how the Biblical text came into its traditional Hebrew form.

Alongside the Roman-era artefacts, the exhibit included far older discoveries of no lesser importance found during its sweep of more than 500 caves in the desert: the 6000-year-old mummified skeleton of a child, an immense, complete woven basket from the Neolithic period, estimated to be 10,500 years old, and scores of other delicate organic materials preserved in caves' arid climate.

In 1961, Israeli archaeologist Yohanan Aharoni excavated the "Cave of Horror" and his team found nine parchment fragments belonging to a scroll with texts from the Twelve Minor Prophets in Greek, and a scrap of Greek papyrus. 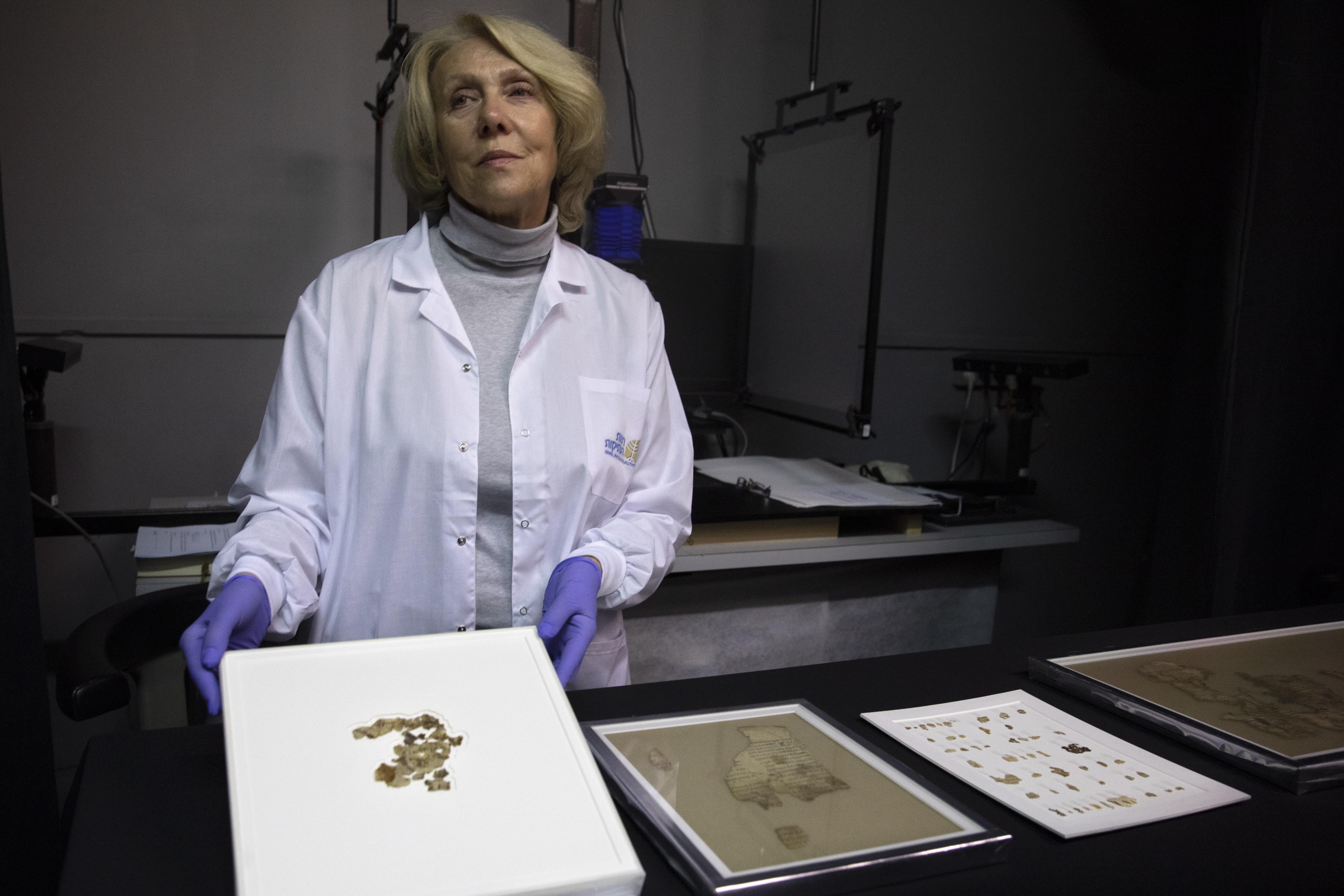 Since then, no new texts have been found during archaeological excavations, but many have turned up on the black market, apparently plundered from caves.

For the past four years, Israeli archaeologists have launched a major campaign to scour caves nestled in the precipitous canyons of the Judean Desert in search of scrolls and other rare artefacts. The aim is to find them before plunderers disturb the remote sites, destroying archaeological strata and data in search of antiquities bound for the black market.

Until now the hunt had only found a handful of parchment scraps that bore no text.

Amir Ganor, head of the antiquities theft prevention unit, said that since the commencement of the operation in 2017 there has been virtually no antiquities plundering in the Judean Desert, calling the operation a success.

"For the first time in 70 years, we were able to preempt the plunderers," he said.