Iraqi explosives experts were working to defuse a large mine discovered on an oil tanker in the Persian Gulf and evacuate its crew, authorities said Friday.

Iraqi explosives experts were working to defuse a large mine discovered on an oil tanker in the Persian Gulf and evacuate its crew, authorities said Friday.

The statement came a day after two private security firms said sailors feared they had found a limpet mine on the MT Pola, a Liberian-flagged tanker in the waters off the Iraqi port of Basra. A limpet mine is a type of naval mine that attaches to the side of a ship, usually by a diver-member of special forces. It later explodes, and can significantly damage a vessel.

The Iraqi statement said the mine had been attached to a tanker rented from Iraq's Oil Marketing Company SOMO that was refuelling another vessel. Iraq's naval forces were making "a great effort to accomplish the mission" safely, said Iraq's Security Media Cell, which is affiliated with the country's security forces.

READ MORE: Rockets fired at US embassy in Baghdad 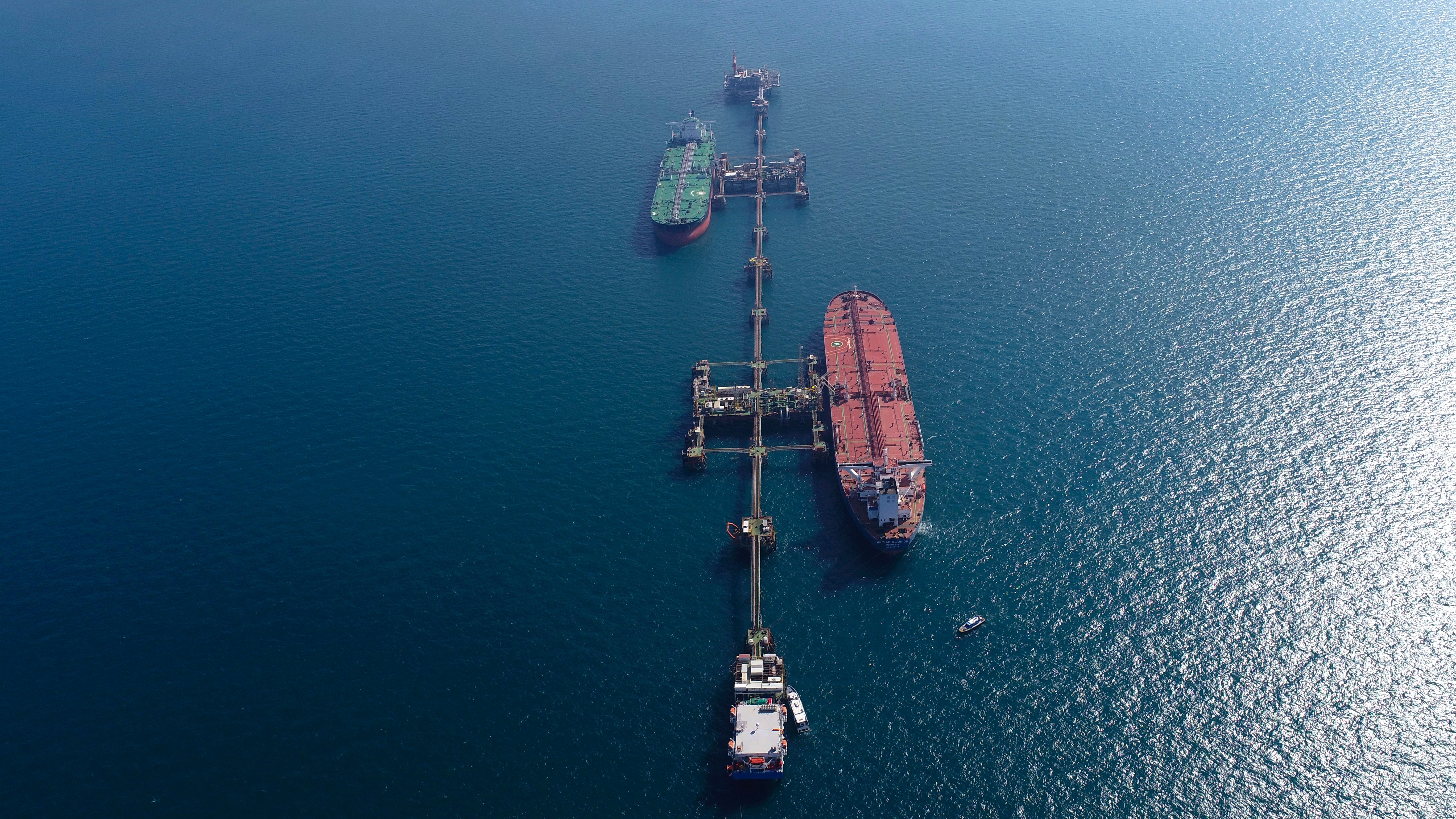 It was the first official Iraqi confirmation that a mine was discovered on an Iraqi tanker transferring fuel in the Persian Gulf to another vessel. It did not identify either vessels or provide more details.

The discovery came amid heightened tensions between Iran and the U.S. in the waning days of President Donald Trump's administration.

Already, America has conducted B-52 bomber flyovers and sent a nuclear submarine into the Persian Gulf over what Trump officials describe as the possibility of an Iranian attack on the one-year anniversary of the US drones strike in Baghdad that killed a top Iranian general and a top Iraqi militia leader.

Iraq is marking the anniversary with a series of events this week.

On Thursday, the United Kingdom Marine Trade Operations, an organisation under Britain's royal navy, said on its website that an "unknown object" had been attached to a ship's hull in the vicinity of Iraq's Khor Al-Zubair Port, without providing further information. 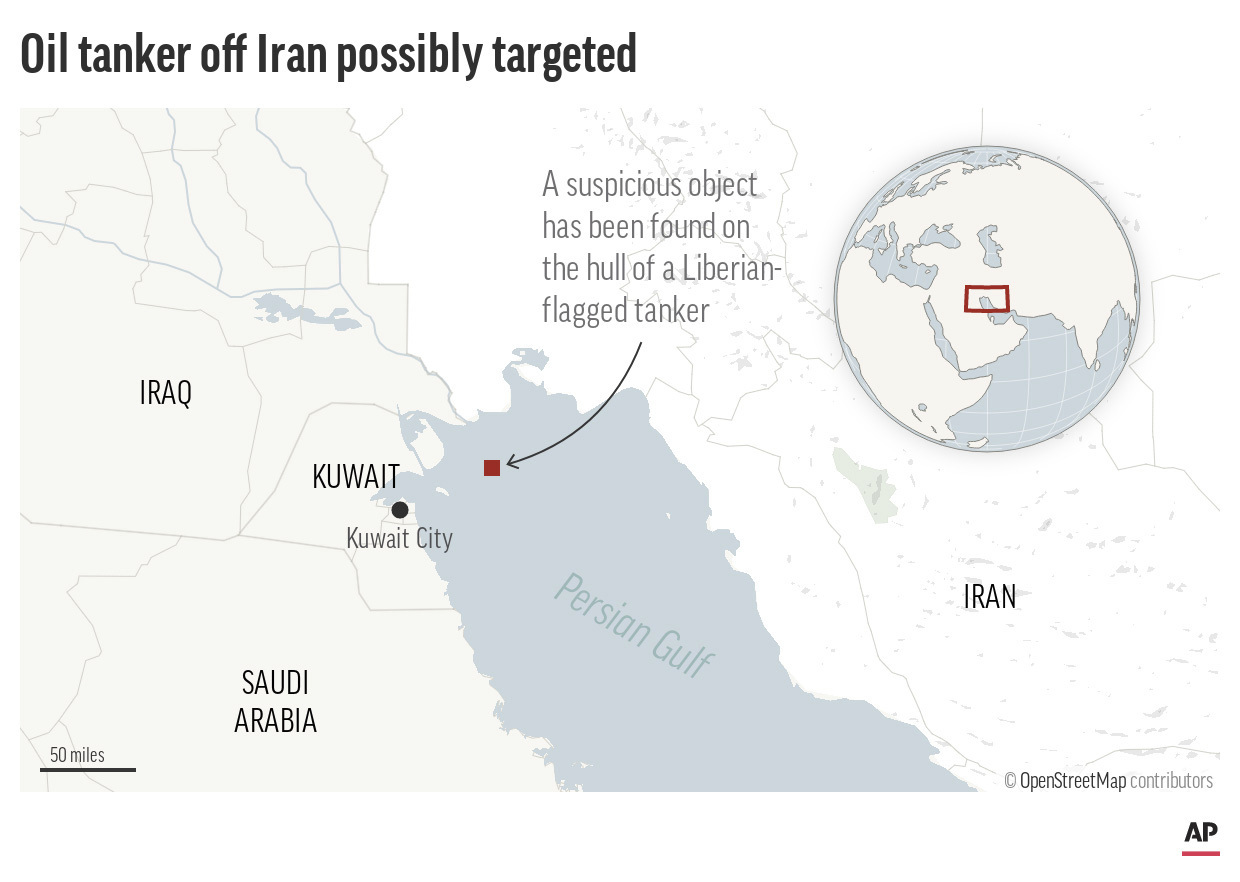 The Pola serves as floating fuel oil storage of Iraq's State Organisation of Marketing of Oil, said Sudharsan Sarathy, a senior oil analyst at the data-analysis firm Refinitiv. Smaller vessels carry the fuel oil to the ship, which then conducts ship-to-ship transfers in the Persian Gulf to clients.

Sarathy said the Pola was conducting a ship-to-ship transfer with the MT Nordic Freedom, a Bermuda-flagged tanker.

Friday's statement said an explosives-handling team from Iraq's Interior Ministry was airlifted to the scene after a "foreign body" was observed attached to one of the ships in the waiting area in Iraq's international waters, 28 nautical miles from Iraqi oil ports.

Despite high waves, the vessel receiving the fuel was evacuated while the Iraqi team was still working on neutralising the mine and evacuating the refuelling ship, it said.

In 2019, the US blamed Iran for a series of limpet mine attacks on oil tankers near the Strait of Hormuz, the narrow mouth of the Persian Gulf through which 20 per cent of all the world's oil passes. Iran denies being involved.