Canadian Prime Minister Justin Trudeau has joined US officials in blaming an Iranian surface-to-air missile for the downing of a Ukrainian passenger jet.

Canadian Prime Minister Justin Trudeau has joined US officials in blaming an Iranian surface-to-air missile for the downing of a Ukrainian passenger jet. 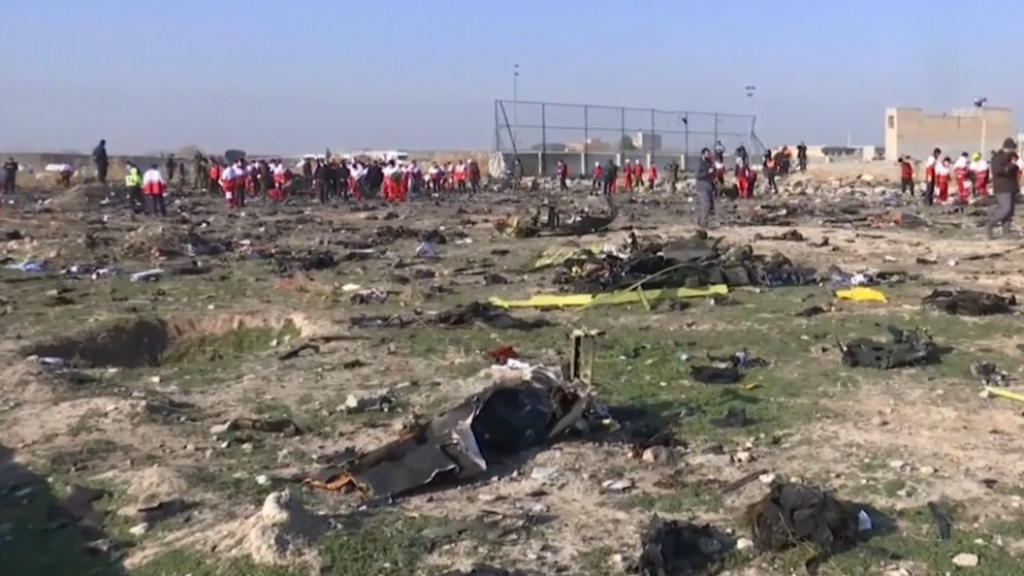 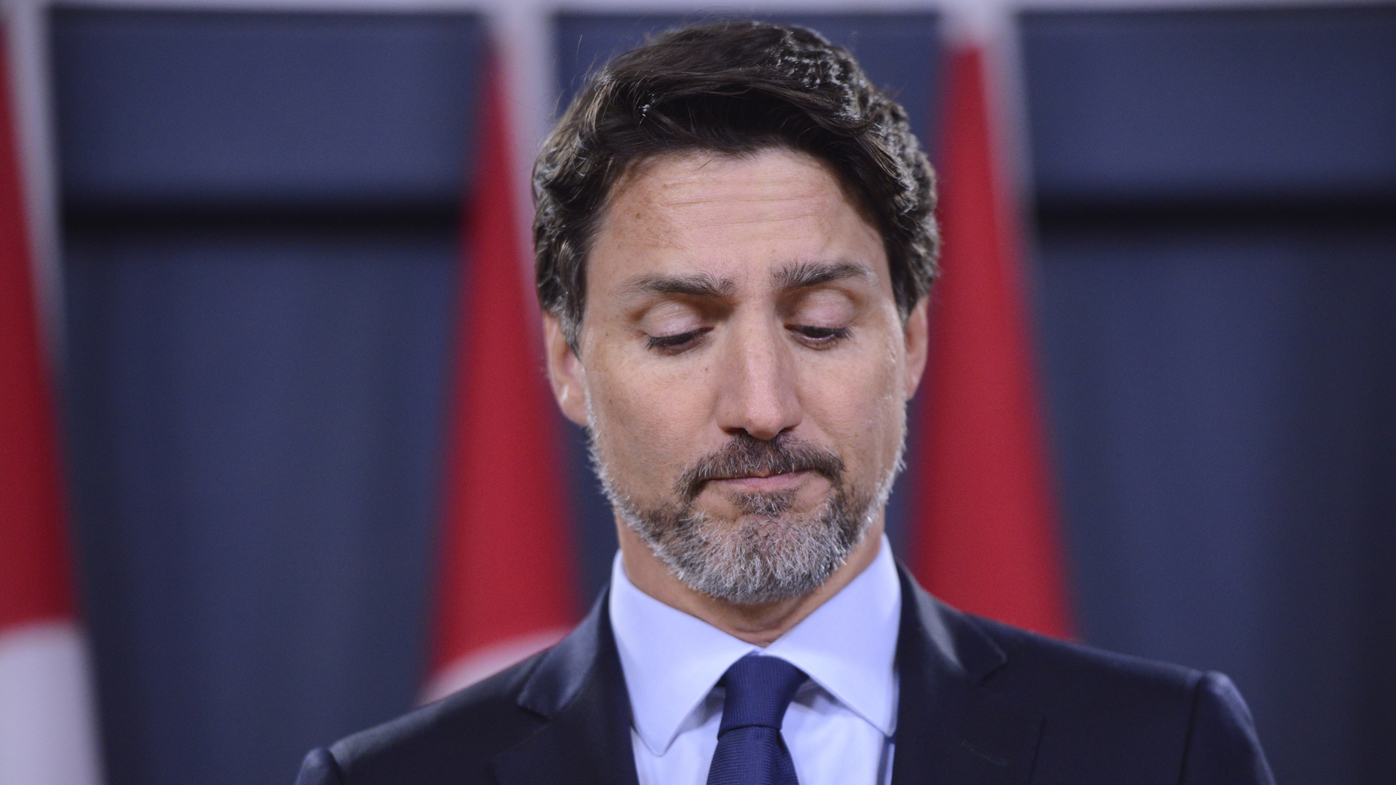 Mr Trudeau told a news conference in Ottowa today that Canadian and allied intelligence supported the claim of a missile strike.

"The intelligence and evidence suggests that it's a surface-to-air strike," Mr Trudeau said.

He declined to go into details of the intelligence.

"This may have been unintentional," Mr Trudeau said. 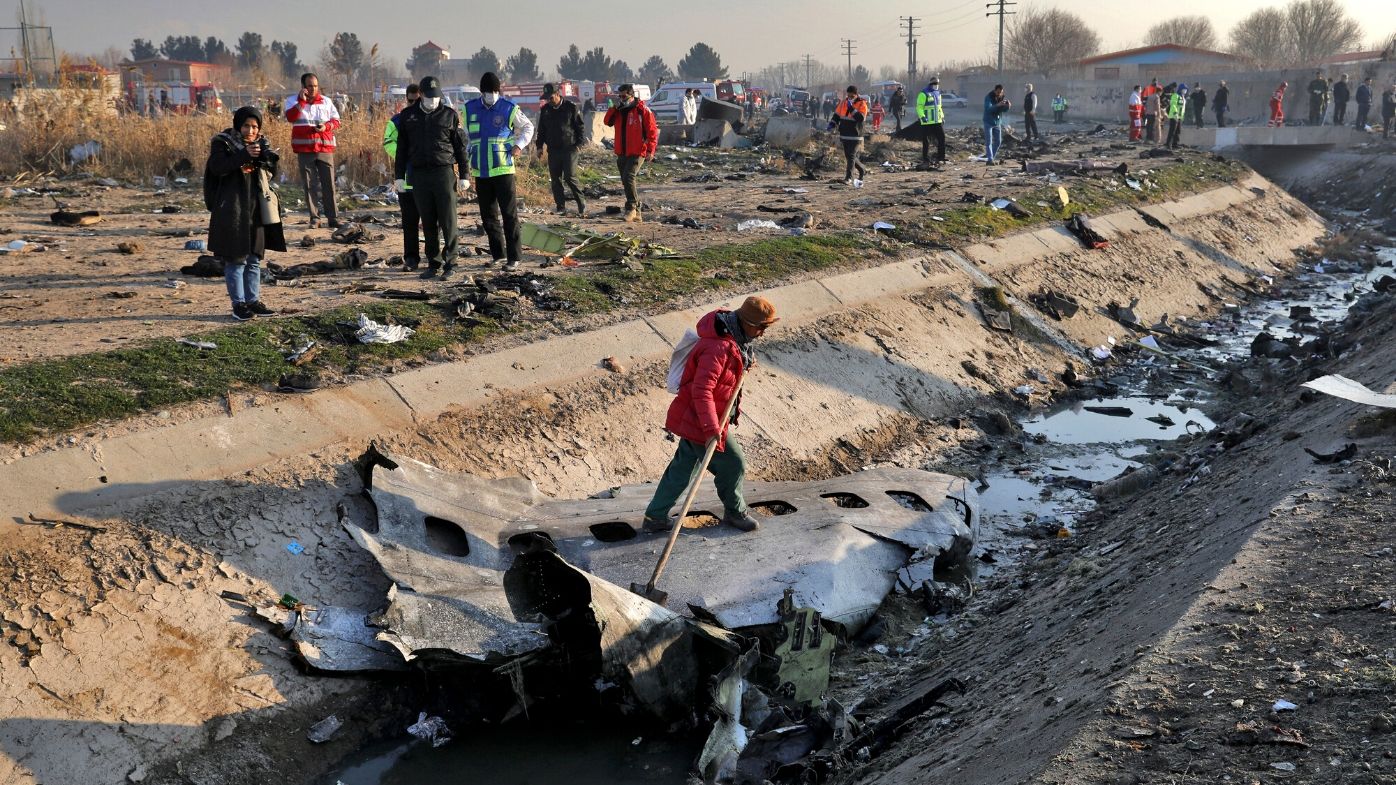 Mr Trudeau's comments came after US officials said it was "highly likely" an Iranian anti-aircraft missile downed the jetliner.

The officials, citing US intelligence, spoke on the condition of anonymity to discuss sensitive information. They had no immediate information on intent.

But they acknowledged the existence of satellites and other sensors in the region, as well as the likelihood of communications intercepts and other similar intelligence.

"Australia has received similar intelligence to that which has been spoken to by both the Prime Minister of Canada and from out of the United States," Mr Morrison said.

"This underscores the terrible nature of these events, all of that intelligence presented to us today does not suggest an intentional act and that is the basis of the information that has supported the comments I've made today." 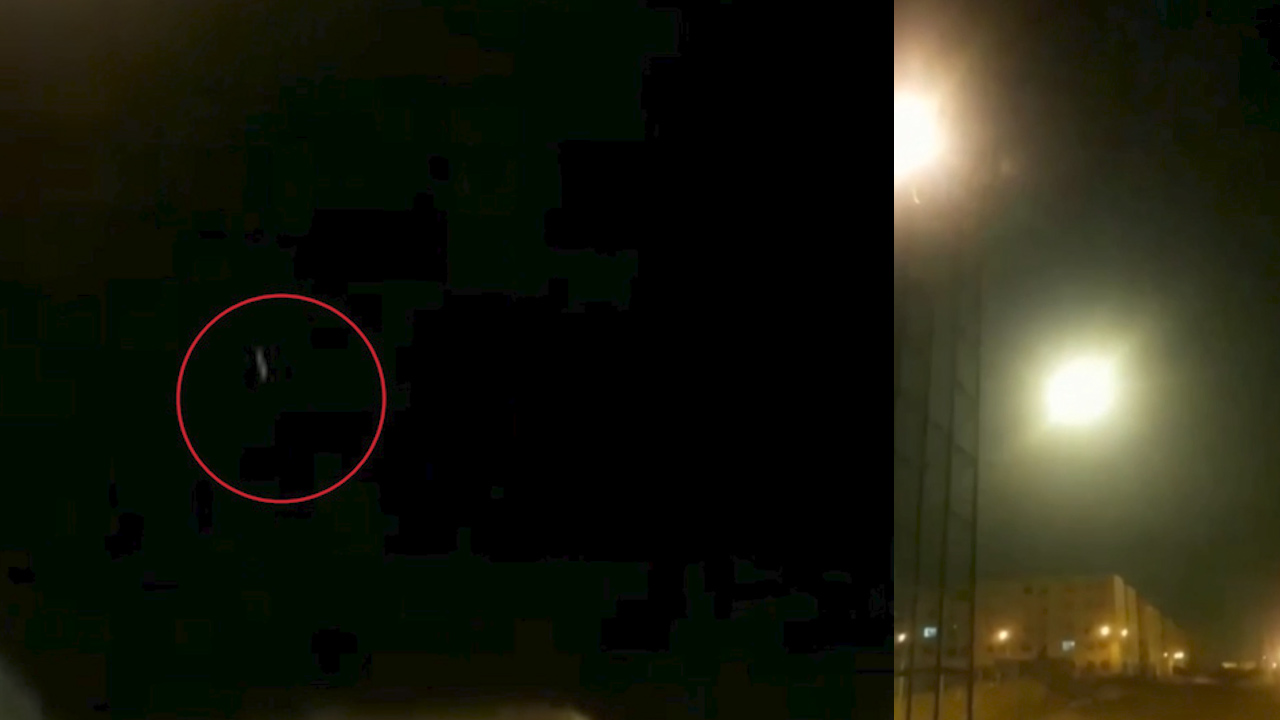 US President Donald Trump earlier suggested that he believed Iran was responsible.

Mr Trump wouldn't directly lay the blame on Iran, but dismissed their claims that it was a mechanical issue — and denied any US responsibility.

"Somebody could have made a mistake on the other side," Mr Trump said, noting the plane was flying in a "pretty rough neighbourhood".

"Some people say it was mechanical.

"I personally don't think that's even a question." 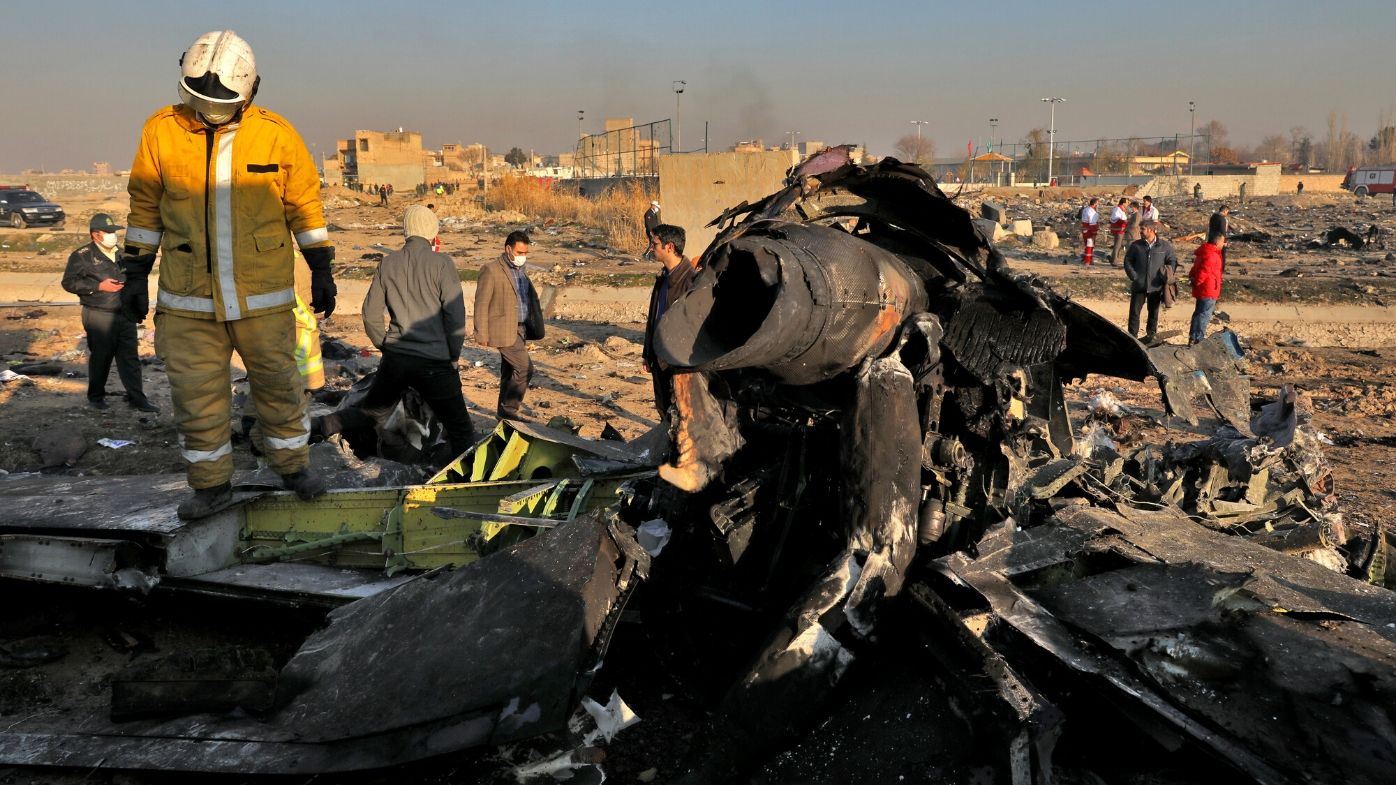 'NO CALL FOR HELP'

The crew of the Ukrainian jetliner never made a radio call for help and were trying to turn back for the airport when their burning plane went down, an initial Iranian report said.

Ukraine, meanwhile, said it considered a missile strike or terrorism as possible theories for the crash.

Investigators from Iran's Civil Aviation Organisation offered no immediate explanation for the disaster.

Iranian officials initially blamed a technical malfunction for the crash - something initially backed by Ukrainian officials before they said they wouldn't speculate amid an ongoing investigation.

The Ukrainian International Airlines took off at 6.12am (local time), after nearly an hour's delay at Tehran's Imam Khomeini Airport, the main airport for travellers in Iran.

It gained altitude heading west, reaching nearly 2440 metres (8000 feet), according to both the report and flight-tracking data.

Then something went wrong, though "no radio messages were received from the pilot regarding unusual situations," the report said. 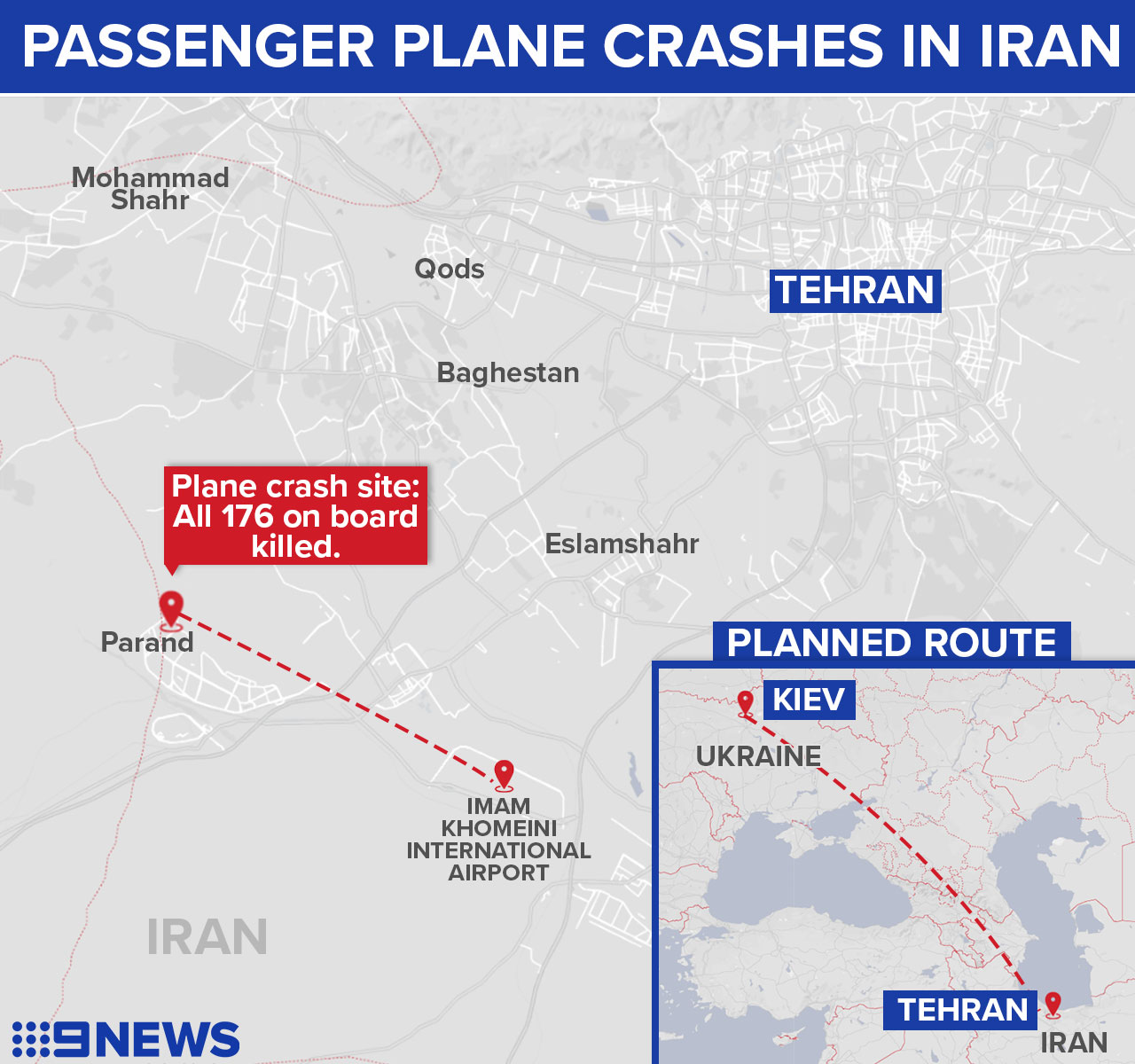 Eyewitnesses, including the crew of another flight passing above it, described seeing the plane engulfed in flames before crashing at 6.18am, the report said.

The crash caused a massive explosion when the plane hit the ground, likely because the aircraft had been fully loaded with fuel for the flight to Kyiv.

The report also confirmed that both of the so-called "black boxes" that contain data and cockpit communications from the plane had been recovered, though they sustained damage and some parts of their memory was lost.

It also said that investigators have initially ruled out laser or electromagnetic interference as causing the crash. 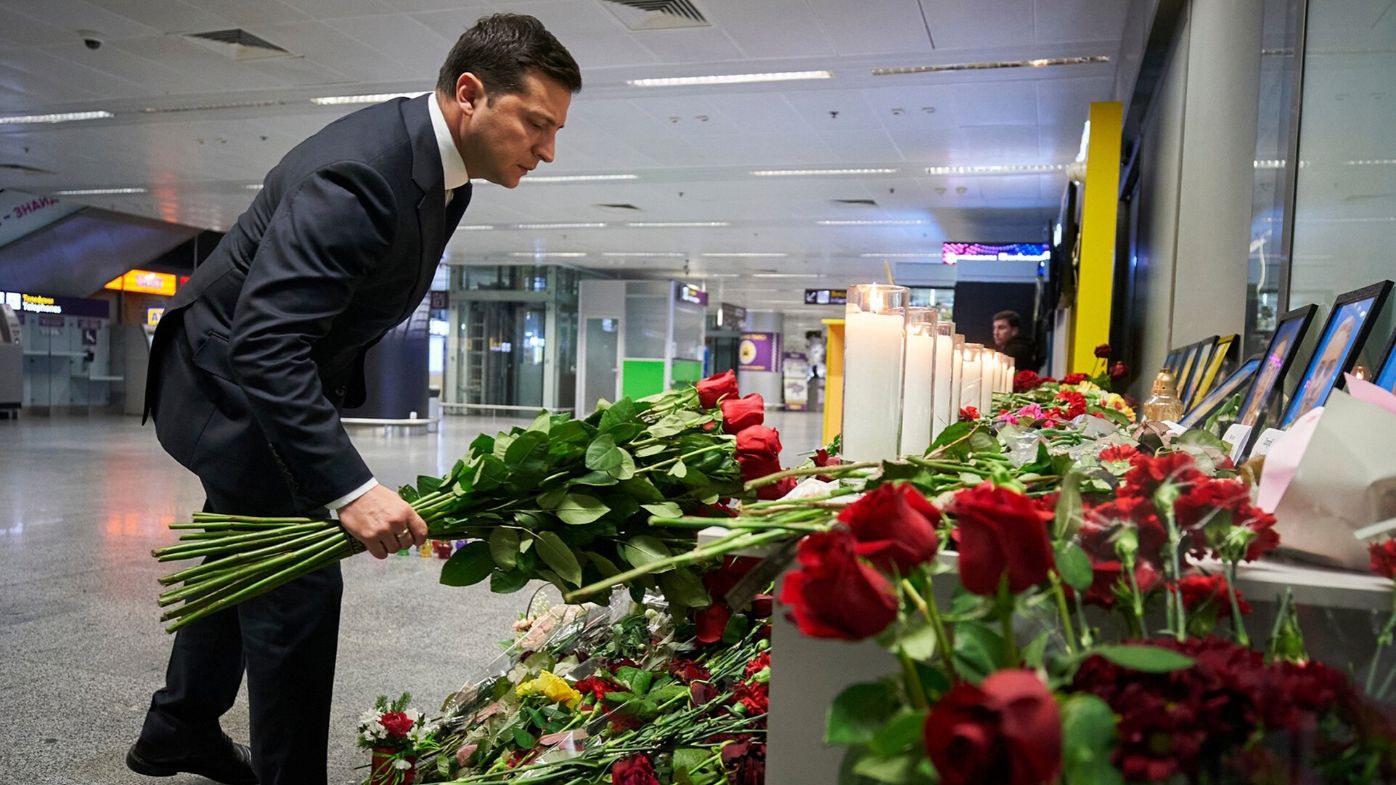 Oleksiy Danilov, secretary of Ukraine's Security Council, told Ukrainian media that officials had several working theories regarding the crash, including a missile strike.

"A strike by a missile, possibly a Tor missile system, is among the main (theories), as information has surfaced on the internet about elements of a missile being found near the site of the crash," Mr Danilov said.

He did not elaborate on where he saw the information on the internet.

The Tor is a Russian-made missile system. Russia delivered 29 Tor-M1s to Iran in 2007 as part of a US$700 million contract signed in December 2005. Iran has displayed the missiles in military parades as well.

Iran did not immediately respond to the Ukrainian comments.

However, General Abolfazl Shekarchi, the spokesman of the Iranian armed forces, denied a missile hit the airplane in a comments reported yesterday by the semi-official Fars news agency.

He dismissed the allegation as "psychological warfare" by foreign-based Iranian opposition groups. 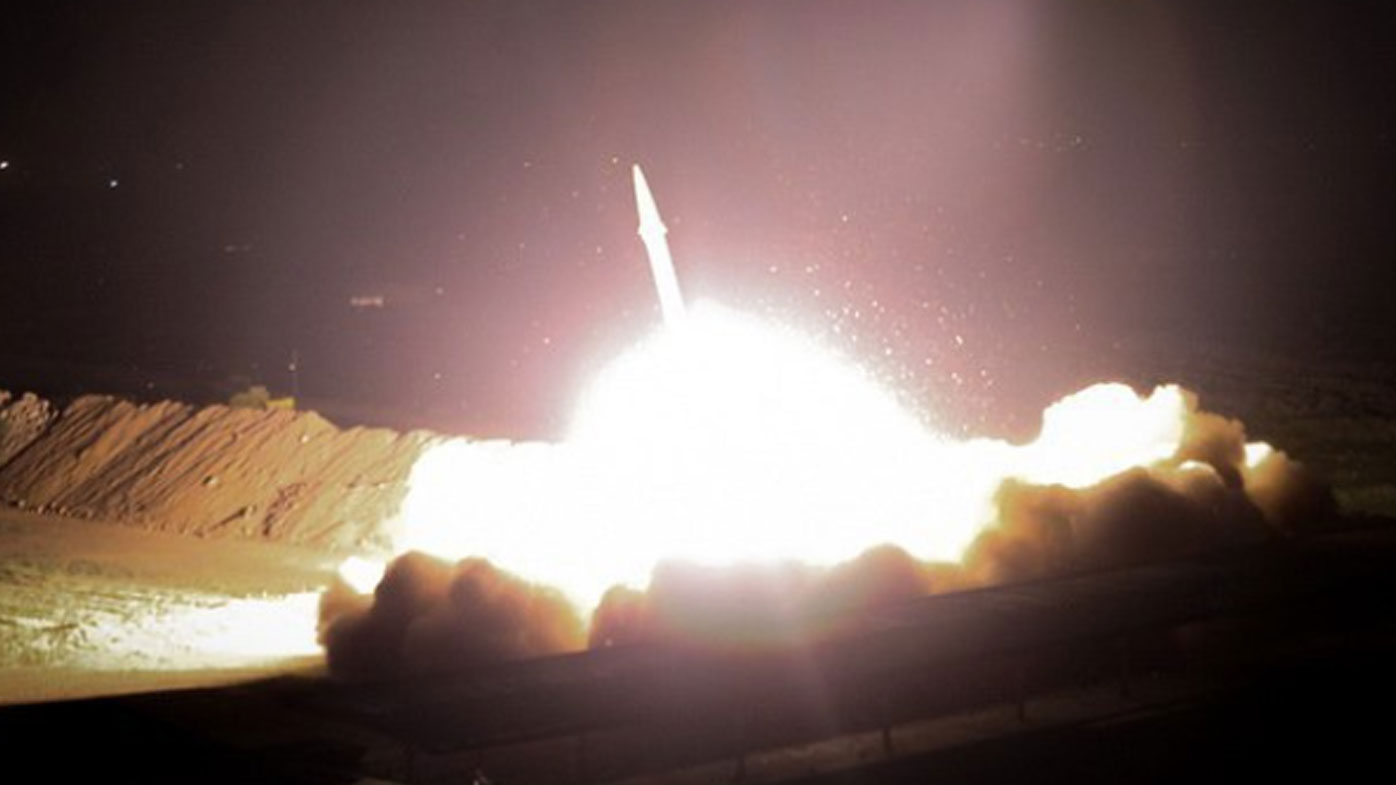 STUDENTS, NEWLYWEDS AMONG THE DEAD

The plane was carrying 167 passengers and nine crew members from several countries, including 82 Iranians, at least 63 Canadians and 11 Ukrainians, according to officials.

The crash just before dawn scattered flaming debris and passengers' belongings across a wide stretch of farmland.

Many of the passengers were believed to be international students attending universities in Canada; they were making their way back to Toronto by way of Kyiv after visiting with family during the winter break.

Ukrainian President Volodymyr Zelenskiy said he planned to call Iranian President Hassan Rouhani about the crash and the investigation.

"Undoubtedly, the priority for Ukraine is to identify the causes of the plane crash," Mr Zelenskiy said.

"We will surely find out the truth." 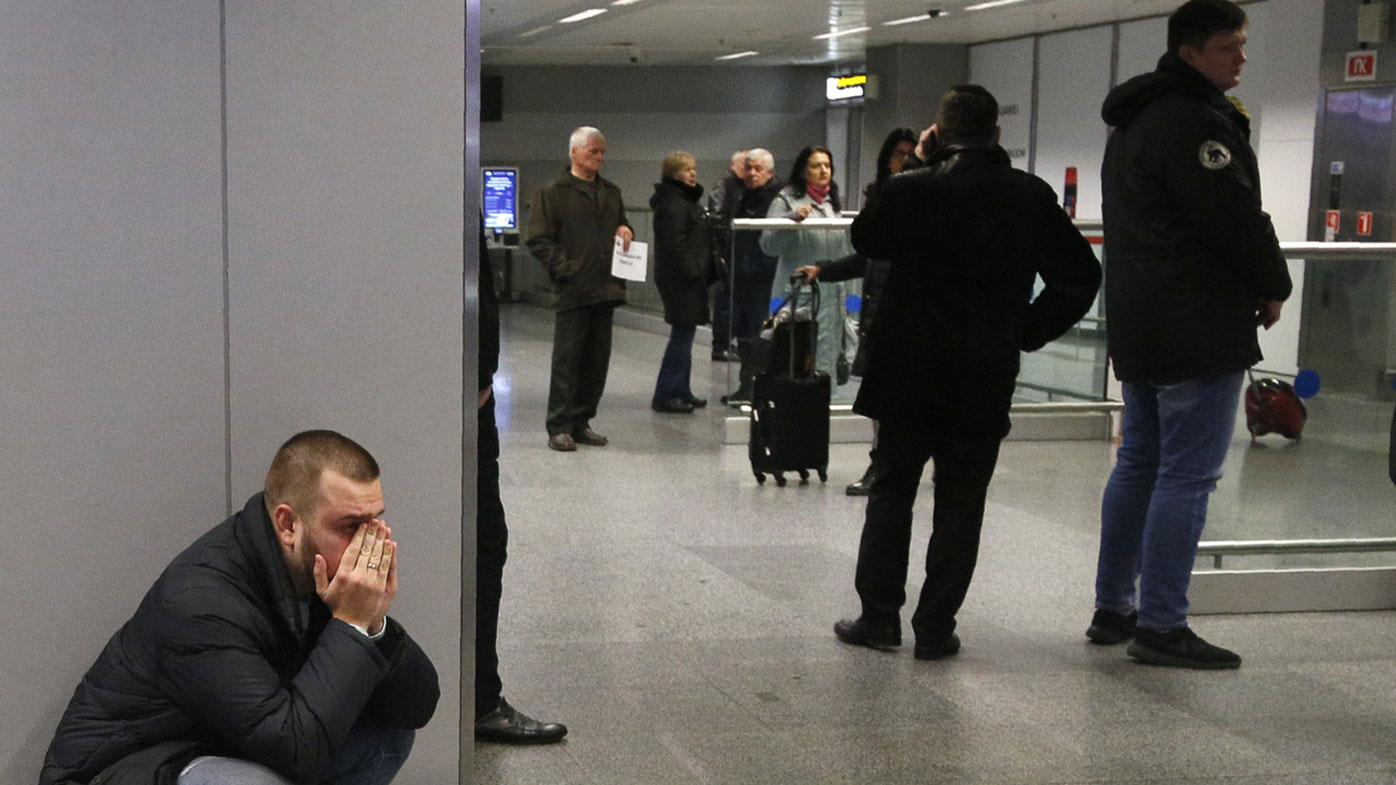 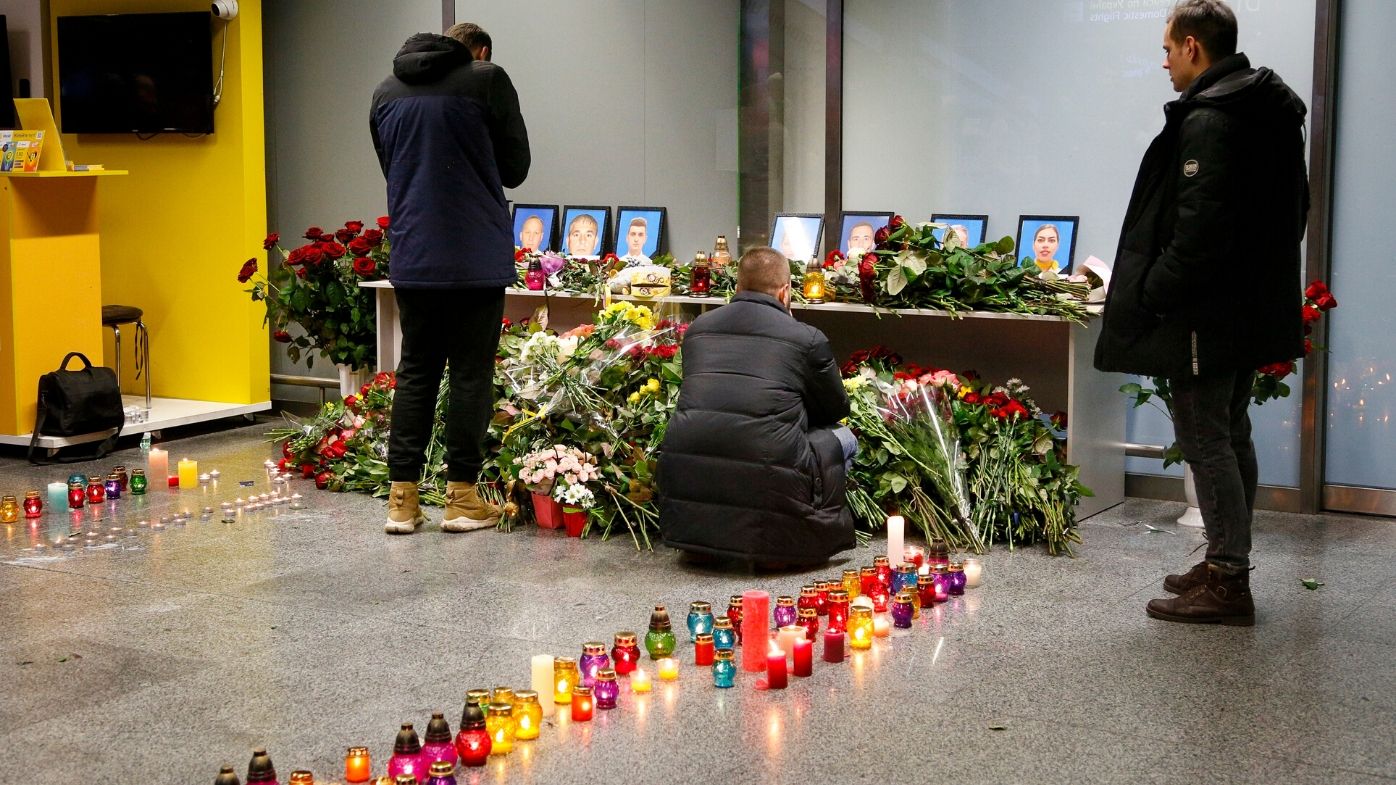 Mr Trudeau said 138 of the passengers were bound for Canada.

The flight also included a family of four and newlyweds, too. The manifest listed several teenagers and children, some as young as 1 or 2.

The crash ranked among the worst losses of life for Canadians in an aviation disaster. The flag over Parliament in Ottawa was lowered to half-staff, and Mr Trudeau vowed to get to the bottom of the disaster.

"Know that all Canadians are grieving with you," he said, addressing the victims' families.

While the cause of the tragedy remained unknown, the disaster could further damage Boeing's reputation, which has been battered by the furore over two deadly crashes involving a different model of the Boeing jet, the much-newer 737 Max, which has been grounded for nearly 10 months.

The uproar led to the firing of the company's CEO last month.

Boeing extended condolences to the victims' families and said it stands ready to assist. 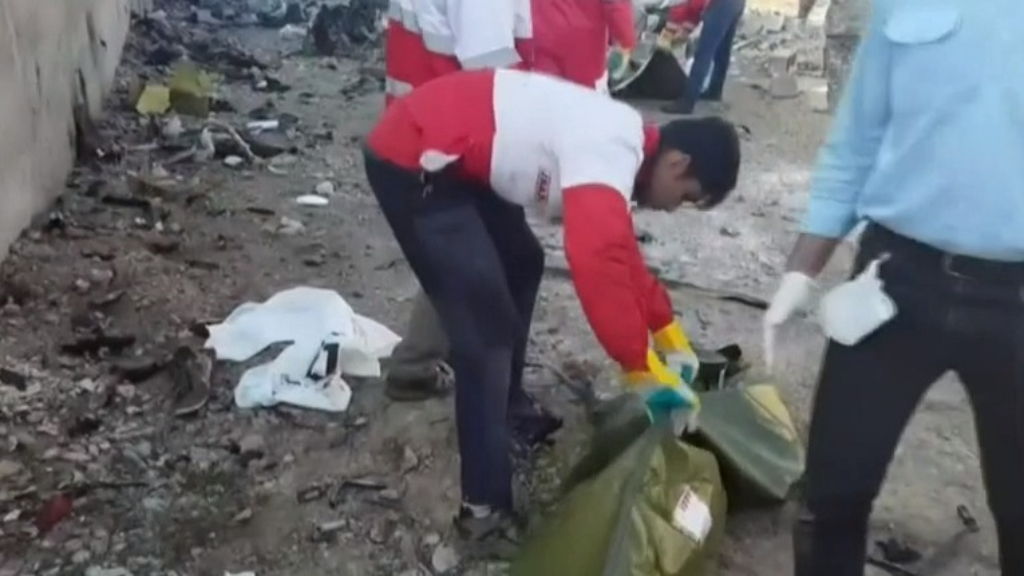