Iran’s supreme leader lashed out at Western countries as he led prayers in Tehran for the first time in eight years, dismissing “American clowns” who he said pretend to support the Iranian nation.

Iran's supreme leader lashed out at Western countries as he led prayers in Tehran for the first time in eight years, dismissing "American clowns" who he said pretend to support the Iranian nation but want to stick their "poisoned dagger" into its back.

Ayatollah Ali Khamenei used his rare appearance on Friday (local time) at the weekly prayers to deliver a fiery address in which he insisted Iran would not bow to US pressure after months of crushing sanctions and a series of recent crises – from the killing of a top Iranian general to the accidental shootdown of a Ukrainian passenger plane.

Mr Khamenei said the mass funerals for Gen Qassem Soleimani, who was killed in a US airstrike earlier this month, show that the Iranian people support the Islamic Republic despite its recent trials. 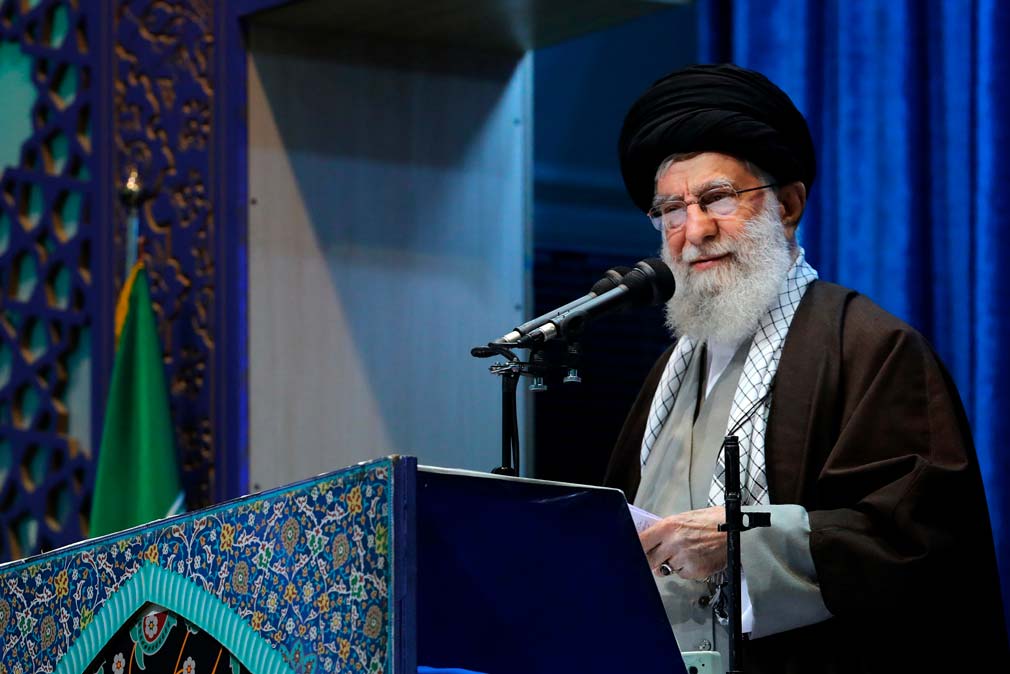 He said the "cowardly" hit on Soleimani had taken out the most effective commander in the battle against the Islamic State group.

In response to Soleimani's killing, Iran launched a barrage of ballistic missiles targeting US troops in Iraq, without causing serious injuries.

Mr Khamenei said the strike had dealt a "blow to America's image" as a superpower. In the part of his sermon delivered in Arabic, he said the "real punishment" would be in forcing the US to withdraw from the Middle East.

After the missile strike, as Iran's Revolutionary Guard braced for an American counterattack that never came, it mistakenly shot down a Ukrainian jetliner shortly after takeoff from Tehran's international airport, killing all 176 passengers on board, mostly Iranians.

Authorities concealed their role in the tragedy for three days, initially blaming the crash on a technical problem.

When it came, their admission of responsibility triggered days of street protests, which security forces dispersed with live ammunition and tear gas.

Mr Khamenei called the shootdown of the plane a "bitter accident" that he said had saddened Iran as much as it made its enemies happy.

He said Iran's enemies had seized on the crash to question the Islamic Republic, the Revolutionary Guard and the armed forces. 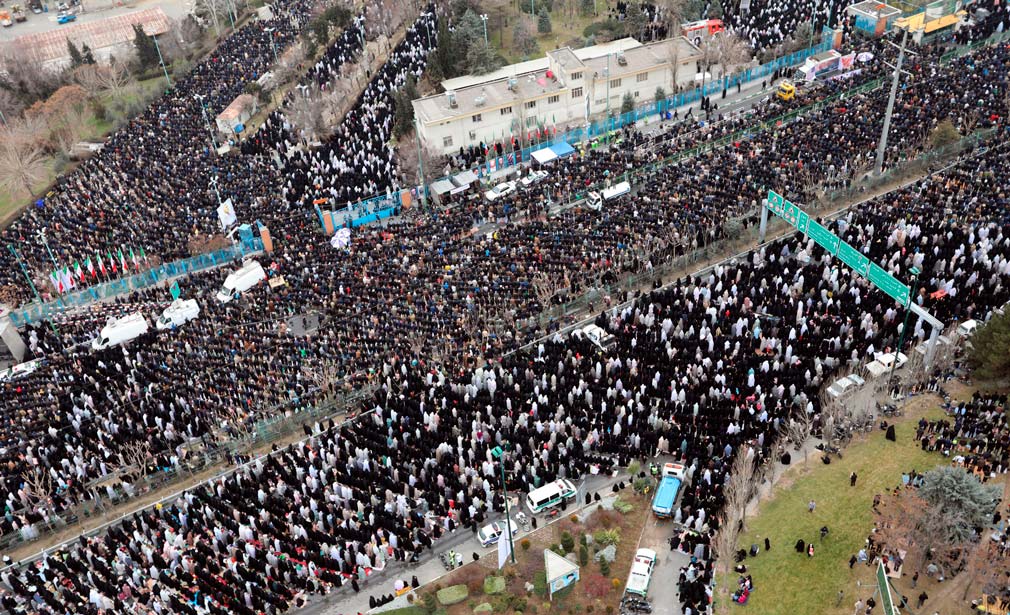 How Iran has clashed with the world at large

Ukraine, Canada and other nations whose citizens died in the crash have demanded Iran pay compensation to the victims' families.

Mr Khamenei also lashed out at Britain, France and Germany after they triggered a dispute mechanism to try and bring Iran back into compliance with the unravelling 2015 nuclear agreement.

After the killing of Soleimani, Iran said it was no longer bound by the nuclear deal.

"These contemptible governments are waiting to bring the Iranian nation to its knees," Mr Khamenei said.

"America, who is your elder, your leader and your master, was not able to bring the Iranian nation to its knees.

"You are too small to bring the Iranian nation to its knees."

Mr Khamenei has held the country's top office since 1989 and has the final say on all major decisions.

The 80-year-old leader openly wept at the funeral of Soleimani and vowed "harsh retaliation" against the United States.

Thousands of people attended the Friday prayers, occasionally interrupting his speech by chanting "God is greatest!" and "Death to America!"

Tensions between Iran and the United States have steadily escalated since Mr Trump withdrew from the nuclear accord, which had imposed restrictions on Iran's nuclear program in exchange for the lifting of international sanctions. 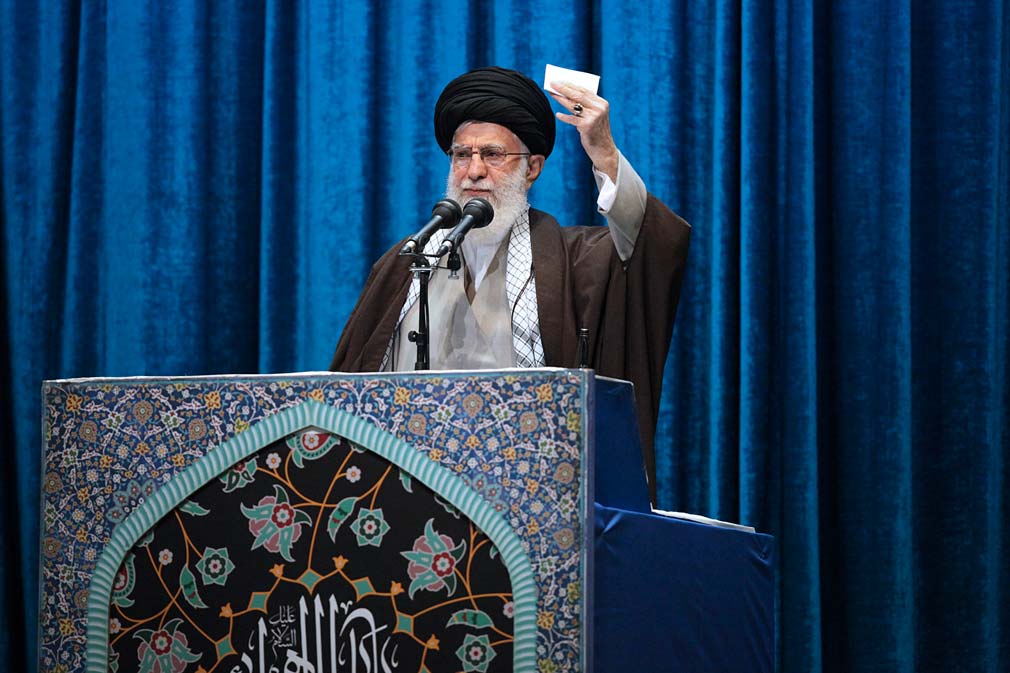 The US has since imposed crippling sanctions on Iran, including its vital oil and gas industry, pushing the country into an economic crisis that has ignited several waves of sporadic, leaderless protests.

Mr Trump has openly encouraged the protesters – even tweeting in Farsi – hoping that the protests and the sanctions will bring about fundamental change in a longtime adversary.

Mr Khamenei mocked those efforts, dismissing "these American clowns who falsely and despicably say that they are standing with the Iranian people".

He did not refer to Mr Trump by name, but was clearly referring to him and his administration.

"If you do stand with the Iranian people it is because you want to stick your poisoned dagger into the back of the Iranian nation.

"Of course you haven't been able to do that so far, and you won't be able to do a damn thing." 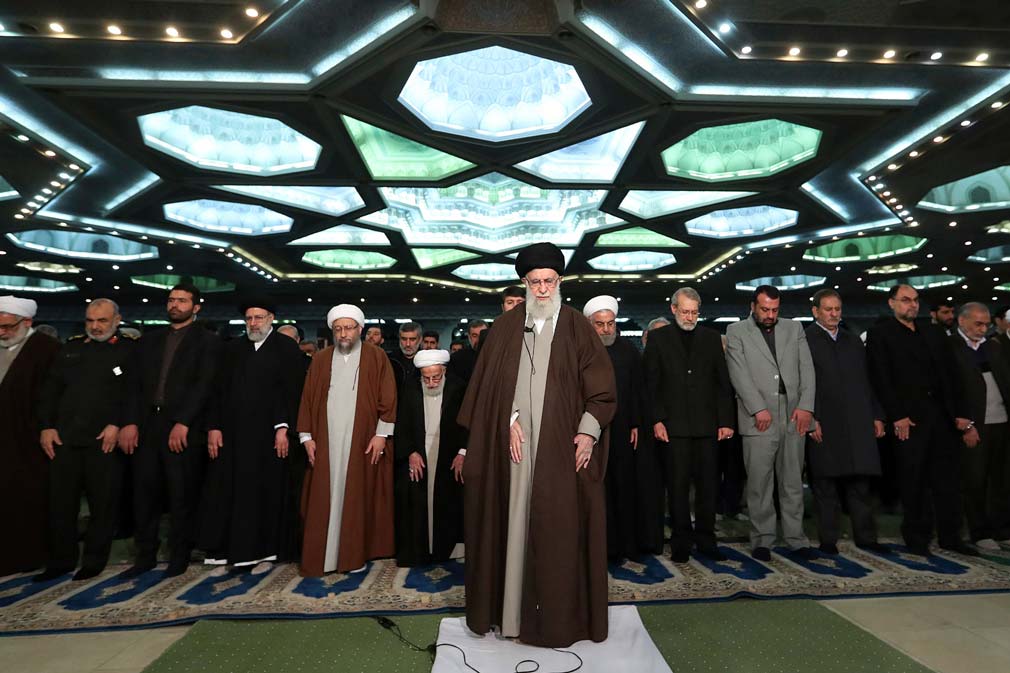 Mr Khamenei was always skeptical of the nuclear agreement, arguing that the United States could not be trusted.

But he allowed President Hassan Rouhani, a relative moderate, to conclude the agreement with President Barack Obama.

READ:  What you need to know about the Queensland election

Since Mr Trump's withdrawal, he has repeatedly said there can be no negotiations with the United States.

Mr Khamenei last delivered a Friday sermon in February 2012, when he called Israel a "cancerous tumor" and vowed to support anyone confronting it.

He also warned against any US strikes on Iran over its nuclear program, saying the US would be damaged "10 times over".