Newly released details about a murder rampage that spanned 16 crime scenes are as puzzling as they are disturbing.

Newly released details about a murder rampage that spanned 16 crime scenes are as puzzling as they are disturbing.

The attacks in Nova Scotia unfolded over the course of 12 hours between April 18 and 19. RCMP said the gunman also killed or wounded animals and pets that he found at the homes.

Police believe Gabriel Wortman, 51, acted alone in the shootings and arsons. He posed as a police officer, wearing an RCMP uniform and driving what looked like a police cruiser during a lengthy manhunt across the Canadian province, police said.

Wortman died after a confrontation with authorities.

Now, Canadian police say they've expanded their investigation into the US as they continue to speak to witnesses and search for a motive. 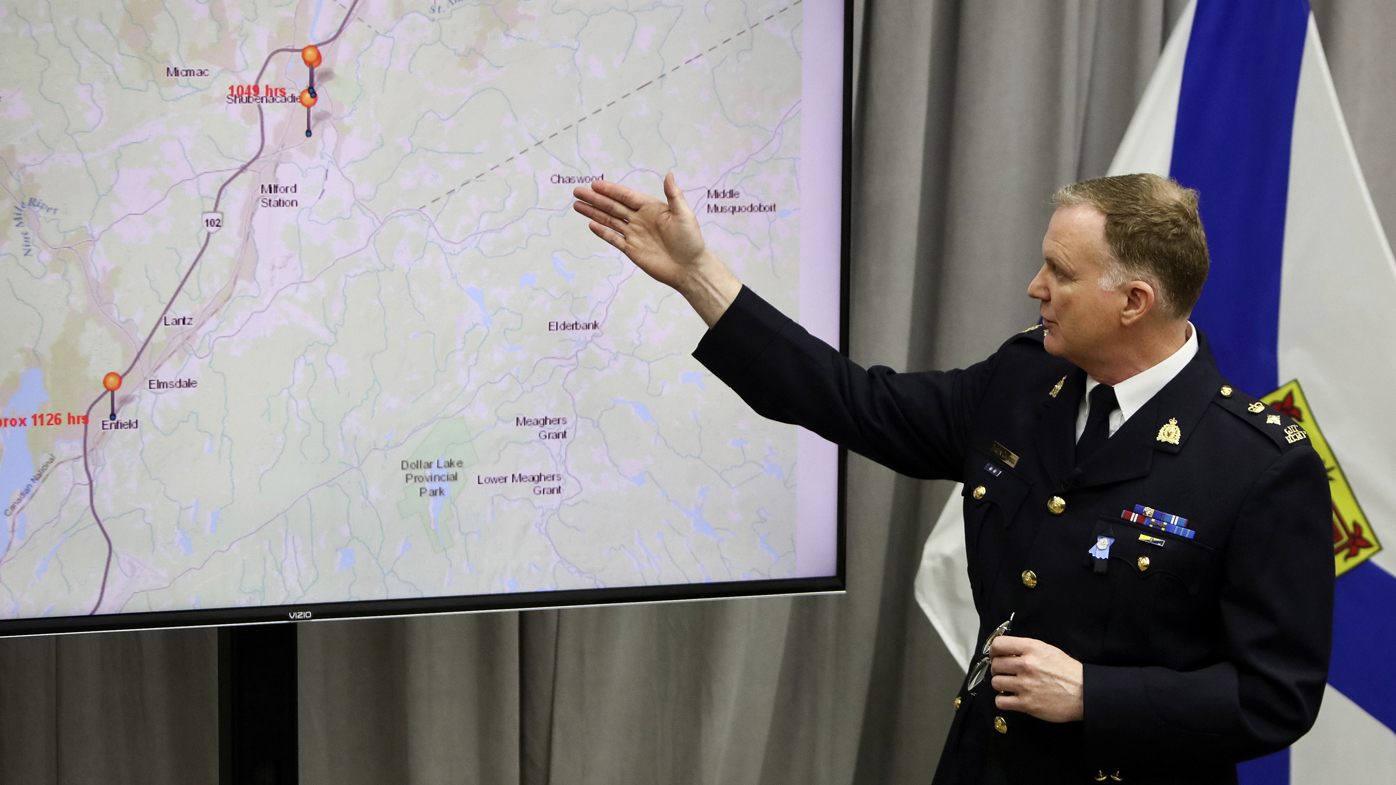 The RCMP would not elaborate on the nature of the investigation in the US. But last week, police said they believe Wortman acquired at least some of his weapons in the US.

Investigators said the gunman had several semi-automatic handguns and at least two semi-automatic rifles, one of which witnesses described as a military-style assault weapon.

RCMP is investigating how the gunman was able to impersonate a police officer. 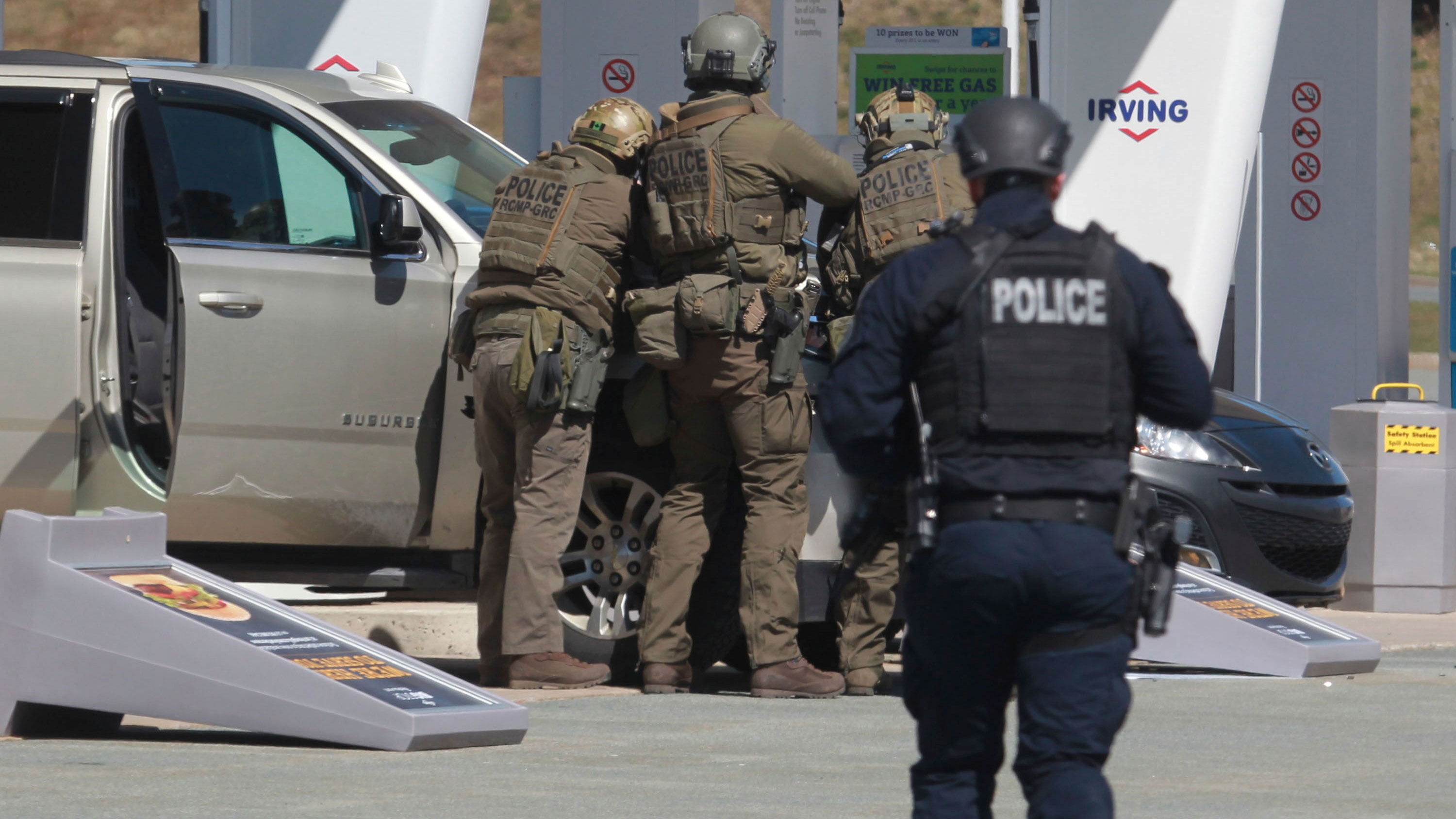 The gunman had relatives who retired from the RCMP, but they did not assist him in any way, police said.

The motive remains a mystery

Police say the gunman attacked his girlfriend prior to the lengthy rampage, but the motive for the string of attacks remains a mystery.

His girlfriend was seriously injured and is helping police with the investigation.

RCMP said it will speak to more than 400 witnesses as it tries to determine the motive. 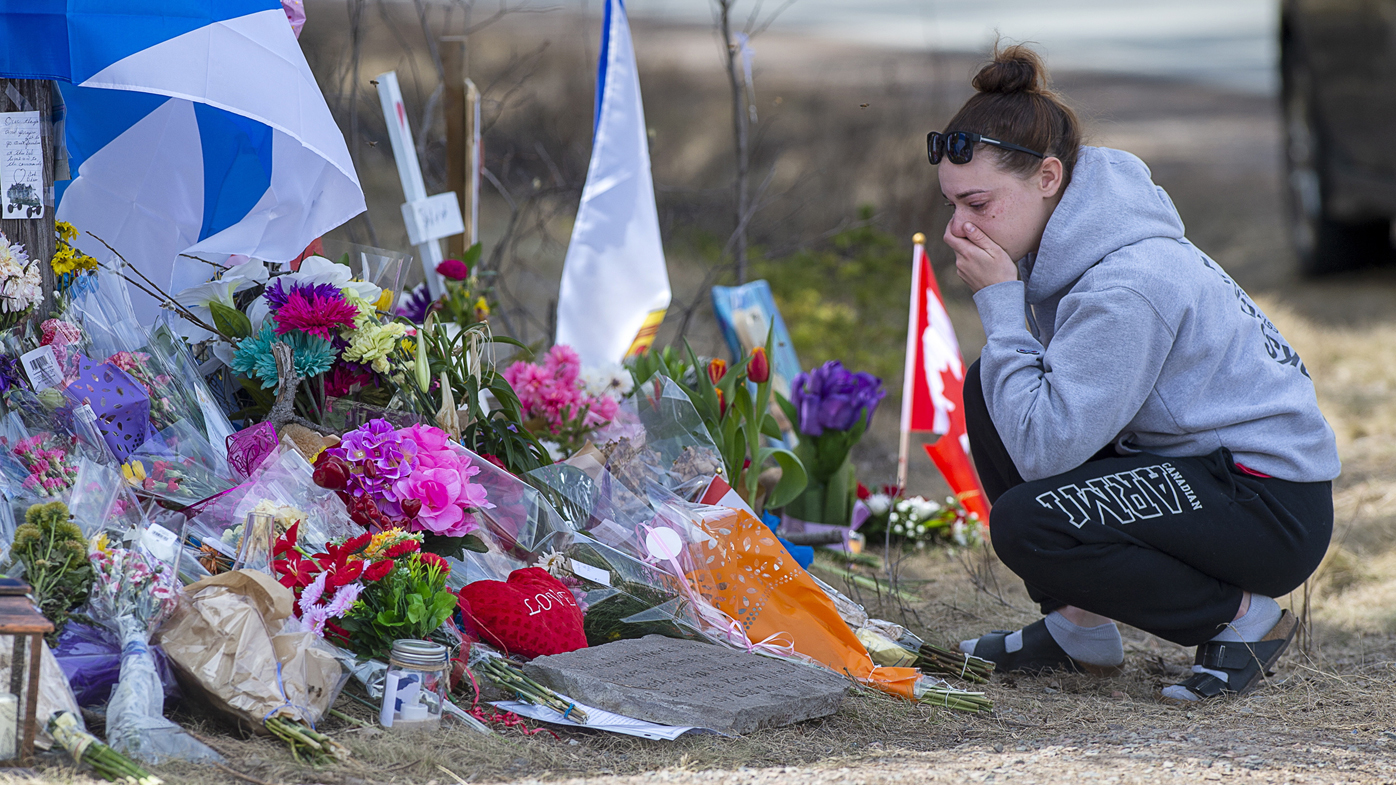 "It doesn't appear in terms of what we've seen that he was purposefully targeting women," Mr Campbell said.

"It would appear as if he was just targeting individuals that either he knew or individuals for whatever reason that I don't think any of us will either understand or comprehend."

An officer was among the 22 killed

The victims included RCMP Constable Heidi Stevenson, whose vehicle was involved in a head-on collision with Wortman's car.

The gunman shot Stevenson and took her handgun and ammunition before killing a bystander, police said. He set both Stevenson's cruiser and his car on fire.

Family and friends of the victims have said an emergency alert by police could have prevented some of the deaths. 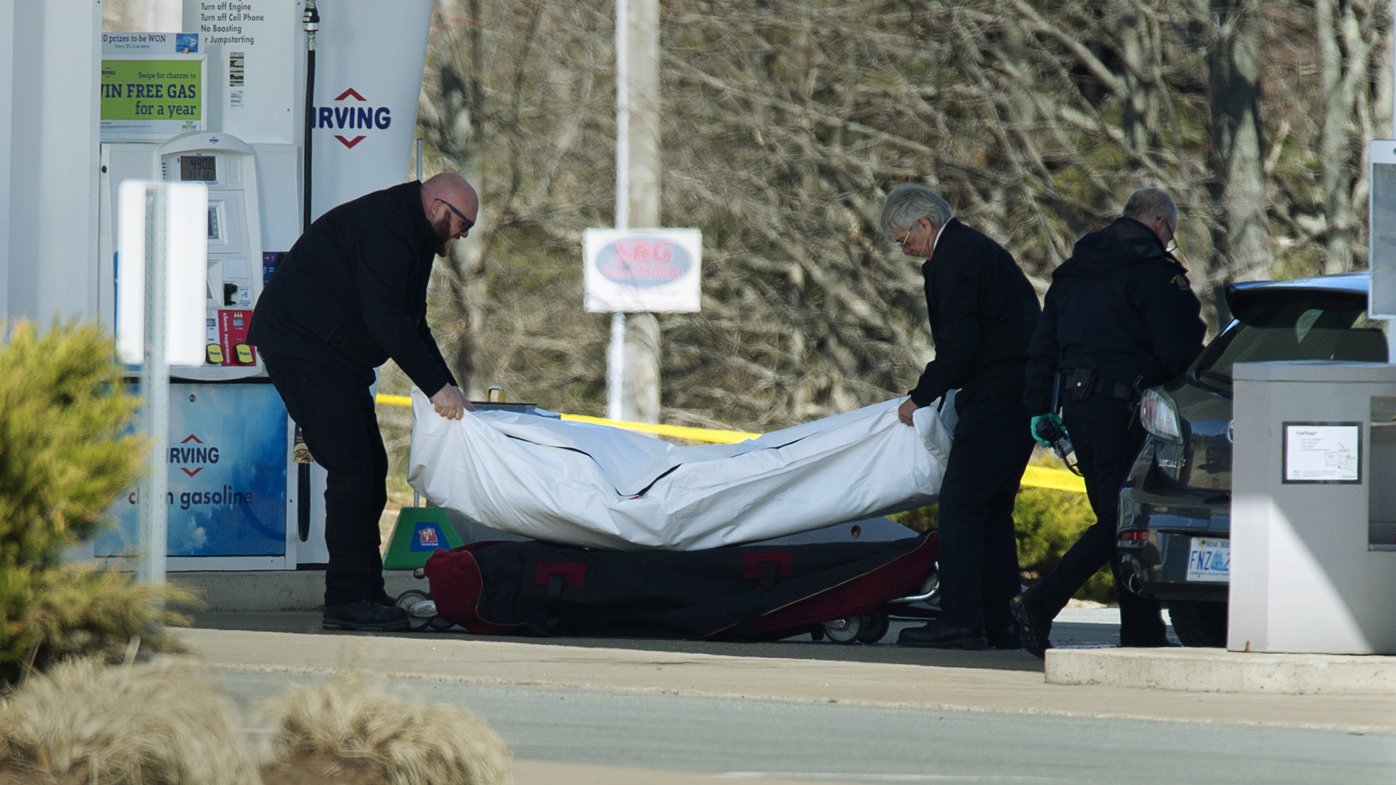 Police have admitted they failed to issue a timely alert to the public.

Police have said that they learned about the gunman's clothing and vehicle from a witness between 7am and 8am on Sunday.

The formal process for issuing an alert was started, but it took several hours to make its way up the chain of command, police said. Nearly three hours later, an alert had still not been issued.

READ:  Why is domestic travel so expensive and when will it get cheaper?

Nick Beaton, whose wife Kristen was killed in the attacks, said he believes an alert would have saved Kristen's life. 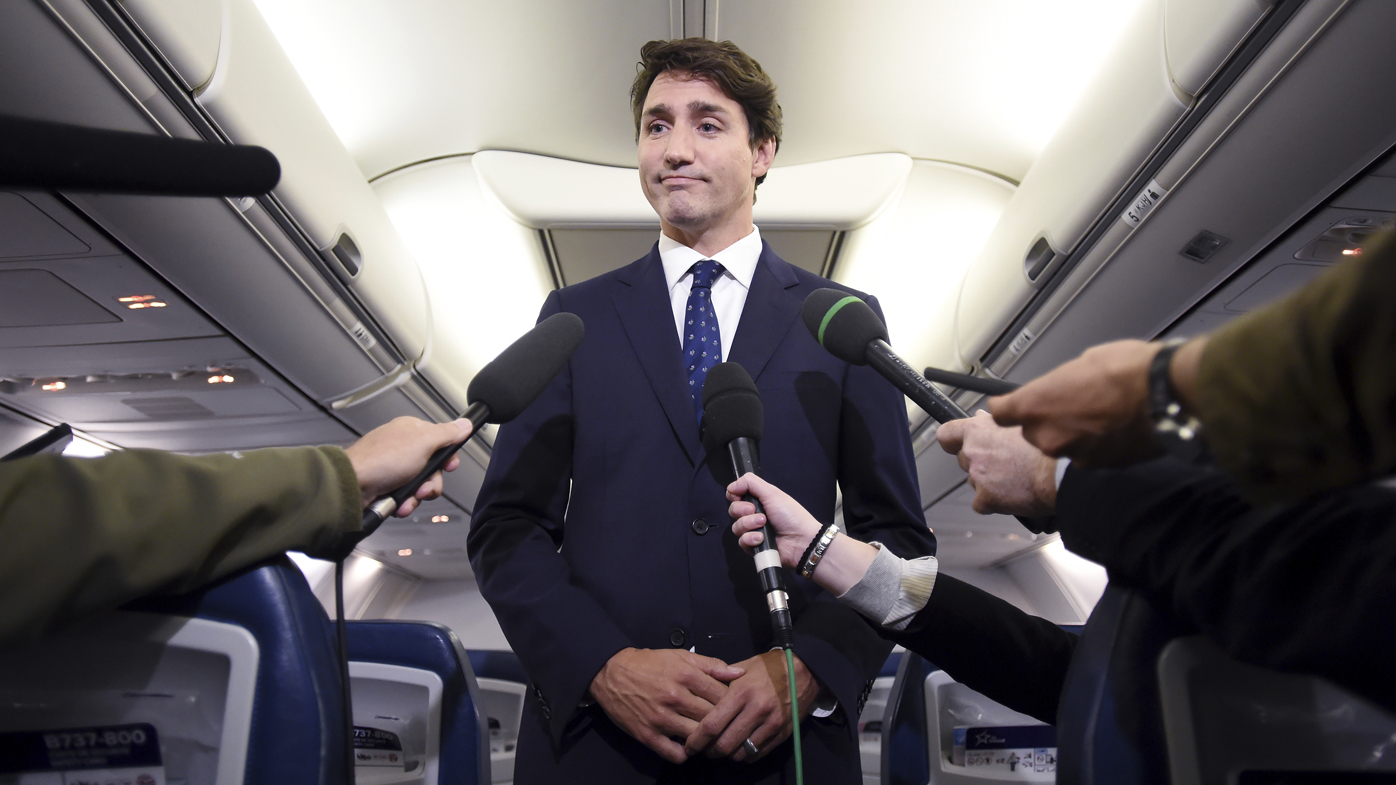 "I guarantee that without a shadow of a doubt, because I would not have let my wife leave that morning," Mr Beaton said. "Not a chance."

Prime Minister Justin Trudeau said the failure to issue an alert would be part of a larger investigation.

"I think there are many families grieving incredible losses right now who are asking themselves questions about how things could have been different, how they might have been able to be warned earlier," Mr Trudeau said.

"Those are extremely important questions that I know will be addressed through the investigation's conclusions."