Our solar system’s first known interstellar visitor is neither a comet nor asteroid as first suspected and looks nothing like a cigar. A new study says the mystery object is likely a remnant of a Pluto-like world and shaped like a cookie.

Arizona State University astronomers reported this week that the strange 45-metre object that appears to be made of frozen nitrogen, just like the surface of Pluto and Neptune's largest moon Triton. 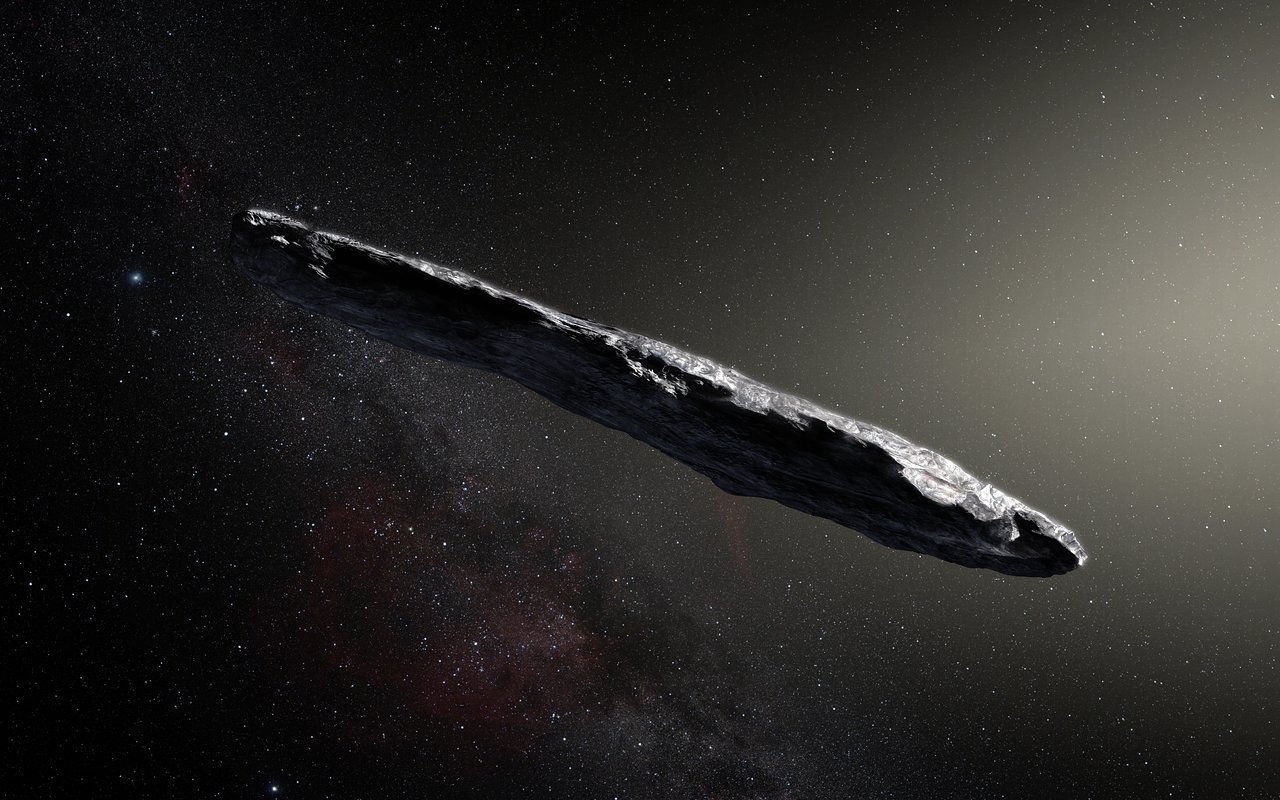 The study's authors, Alan Jackson and Steven Desch, think an impact knocked a chunk off an icy nitrogen-covered planet 500 million years ago and sent the piece tumbling out of its own star system, toward ours. The reddish remnant is believed to be a sliver of its original self, its outer layers evaporated by the sun.

It's named Oumuamua, Hawaiian for scout, in honor of the observatory in Hawaii that discovered it in 2017. Visible only as a pinpoint of light millions of miles away at its closest approach, it was determined to have originated beyond our solar system because its speed and path suggested it wasn't orbiting the sun or anything else.

The only other object confirmed to have strayed from another star system into our own is the comet 21/Borisov, discovered in 2019.

But what is Oumuamua? It didn't fit into known categories — it looked like an asteroid but sped along like a comet. Unlike a comet, though, it didn't have a visible tail. Speculation flipped back and forth between comet and asteroid — and it was even suggested it could be an alien artifact. “Everybody is interested in aliens, and it was inevitable that this first object outside the solar system would make people think of aliens,” Desch said in a statement. “But it’s important in science not to jump to conclusions."

Using its shininess, size and shape — and that it was propelled by escaping substances that didn't produce a visible tail — Jackson and Desch devised computer models that helped them determine Oumuamua was most likely a chunk of nitrogen ice being gradually eroded, the way a bar of soap thins with use.

Their two papers were published Tuesday by the American Geophysical Union and also presented at the Lunar and Planetary Sciences Conference, typically held in Houston but virtual this year.

Not all scientists buy the new explanation. Harvard University's Avi Loeb disputes the findings and stands by his premise that the object appears to be more artificial than natural — in other words, something from an alien civilization, perhaps a light sail. His newly published book “Extraterrestrial: The First Sign of Intelligent Life Beyond Earth,” addresses the subject.

Given that Oumuamua is unlike comets and asteroids — and something not seen before — “we cannot assume ‘business as usual,’ as many scientists argue,” Loeb wrote in an email Wednesday. “If we contemplate ‘something that we had not seen before,' we must leave the artificial origin hypothesis on the table and collect more evidence on objects from the same class.”

When Oumuamua was at its closest approach to Earth, it appeared to have a width six times larger than its thickness. Those are the rough proportions of one wafer of an Oreo cookie, Desch noted.

It's now long gone, beyond the orbit of Uranus, more than 3.2billion kilometres away — and far too small to be seen, even by the Hubble Space Telescope. As a result, astronomers will need to rely on the original observations and, hopefully, continue to refine their analyses, Jackson said.

READ:  What are the New Year's Eve restrictions in my state?

By the time the object starts leaving our solar system around 2040, the width-to-thickness ratio will have dropped to 10-to-1, according to Desch.

“So maybe Oumuamua was consistent with a cookie when we saw it, but will soon be literally as flat as a pancake,” Desch said in an email.