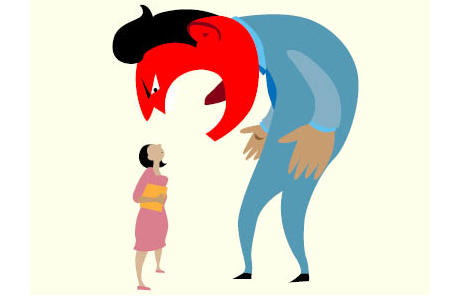 An Integrity Commission investigation has found that a former senior North West manager with the Tasmanian Health Service victimised employees, gained inappropriate personal advantage, and influenced recruitment and other appointments relating to individuals he knew.

In its summary report of Investigation Moriah (PDF, 927.6 KB), tabled in the Tasmanian Parliament today by the Board of the Commission, the Commission said the Tasmanian Health Service, with the exception of one senior manager, had not adequately supervised or managed the then-Director of Corporate Services, Simon Foster.

It had failed to prevent him from mistreating employees and underperforming in his role, despite ‘a defined pattern of behaviour and conduct going back many years’ and previous formal complaints by employees. His behaviour had included intimidation and improper punitive action.
‘Employees … bore the brunt of Mr Foster’s at times inappropriate conduct and performance. These employees had the right to a safe working environment and were not provided with it,’ the report stated.

The investigation found that Mr Foster had been absent from work without explanation, difficult for staff to contact and often failed to attend meetings. There was evidence of him sleeping at work. It was identified that Mr Foster had health issues that had not been fully disclosed to his supervisors that may have contributed to this behaviour.

His conduct resulted in avoidable project delays. In one instance, his failure to complete the North West Regional Hospital helipad operations manual meant that the site was closed immediately after the Premier had announced its opening. This closure prevented an emergency helicopter landing the following day.

READ:  US tells Assange hearing 'secret sources disappeared after they were exposed'

In addition, Mr Foster had gained personal advantage through:

Mr Foster left the State Service in July 2019, a month after being served with the Commission’s Notice of Investigation.

Today’s Integrity Commission report follows its 2014 investigation which resulted in findings of improper procurement and recruitment by senior health managers Jane Holden and Gavin Austin, who had both held positions in the North West. The report noted that issues surrounding conflicts of interest that were raised in the previous investigation were still evident in Mr Foster’s actions.

‘The Commission has maintained a strong focus on working with the Tasmanian public sector to improve the management of conflicts of interest. We recently began rolling out new education and training resources to support this work.’

The Department of Health and the Tasmanian Health Service acknowledges and accepts the findings of the Integrity Commission in relation to a former employee.

READ:  China and other UN countries call for sanctions lift to tackle virus

In addition, the new governance structures implemented in February 2020 across the Department and Tasmanian Health Service provide greater local management and oversight to better support staff and ensure increased accountability for service delivery and management of our people.

I can assure the public that the Commission’s findings primarily relate to one former employee in a corporate middle management role and the management of that employee. This employee was not involved in the provision of patient care.

I acknowledge the hard work of our staff in serving the Tasmanian community. I recognise that these findings are extremely disappointing, but they do not reflect on the vast majority of our workforce that has, particularly in recent times through the coronavirus pandemic, demonstrated exceptional professionalism and dedication.