Donald Trump has taken his presidential state car – colloquially known as "the Beast" – for a lap around Daytona, but it's far more adept at thwarting terrorist attacks than it is burning rubber.

Code named "Stagecoach", the United States Presidential State Car is loosely based on a Cadillac by General Motors, but the similarities between Trump's Beast and the family sedan end at the taillights.

The vehicle's official specifications are a tightly held secret by the Secret Service, but some details have been leaked as previous models enter retirement.

Weighing anywhere between 6,800kg to 9,100kg, the Beast is a seriously cladded car.

The doors have no keyholes, and the rear passenger handles cannot be simply pulled by members of the public. Opening the interior of the Beast involves a process known only to the Secret Service agents that surround the President's vehicle during motorcades.

Speaking of the doors, the beats is rumoured to sport 20cm-thick doors that protect the POTUS not just from high-calibre rounds but small arms explosives as well. 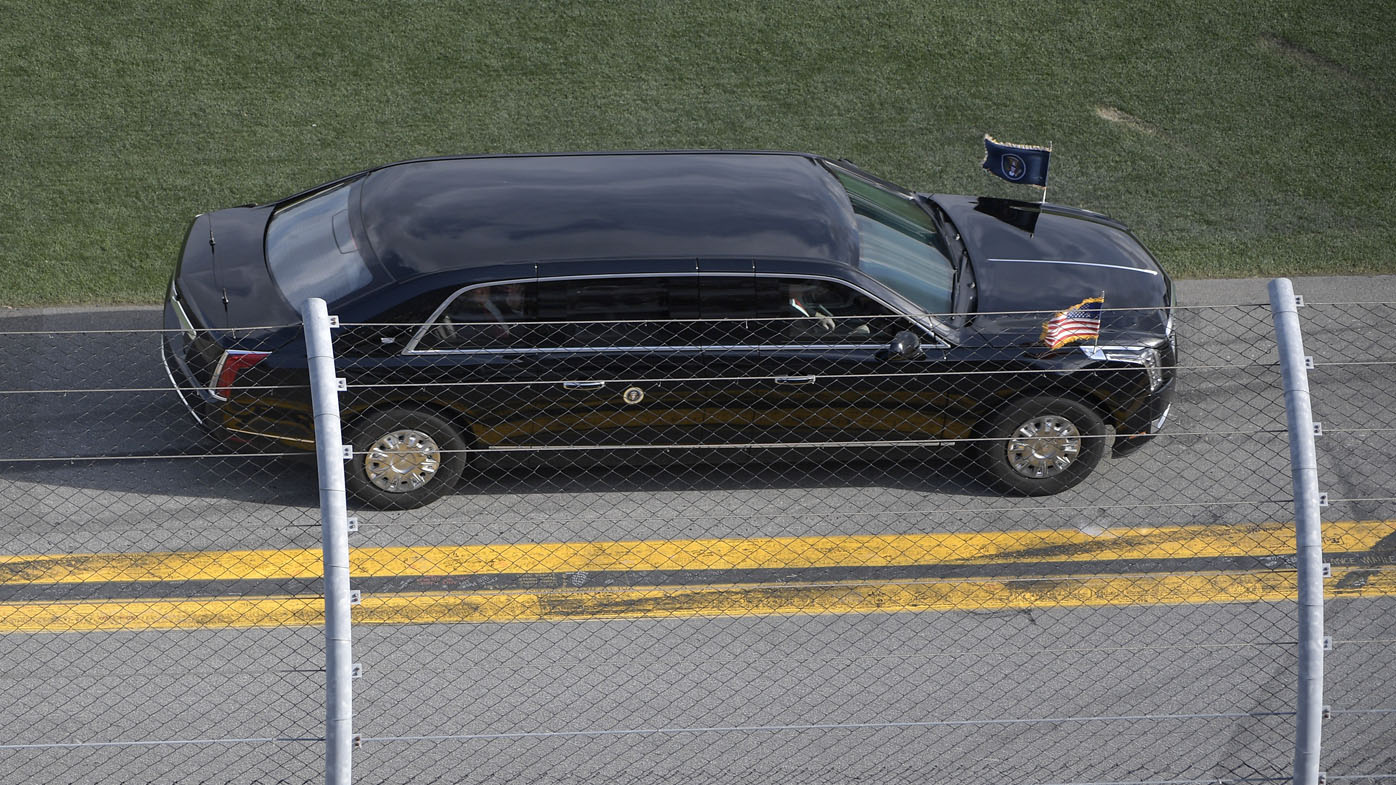 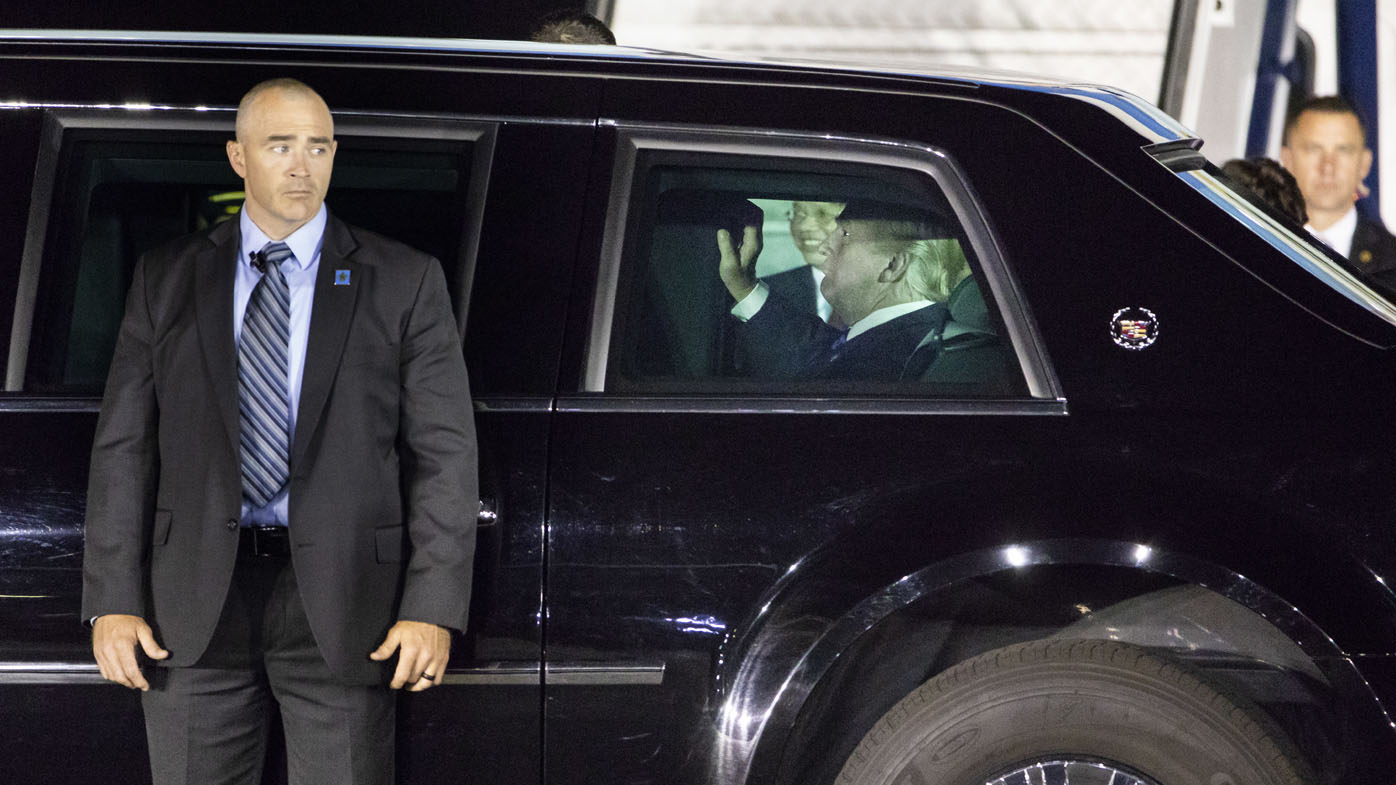 The windows on previous presidential limos were equipped with 13cm-thick bulletproof glass that prevents intrusion from snipers.

It's rumoured due to its armour, the doors on the Beast are as heavy as those on a 757 jet.

The Secret Service's secret specifications have been designed to keep the Beast moving and to protect the president during a wide range of attacks.

The entire vehicle is hermetically sealed (meaning it is airtight) to protect against chemical attacks, and oxygen tanks are held onboard to provide a closed-loop system in the event of extreme chemical or air contamination.

Shooting out the Beast's tyres – a last-ditch police tactic – or running over anti-vehicle spikes is unlikely to slow the Beast down thanks to specialist run flat Goodyear tyres.

The entire chassis underneath the vehicle is also steel plated to protect against improvised explosive devices that may have been planted in the roadway.

In the event the president is injured, a small fridge onboard keeps bags of the President's blood type for instant transfusions. 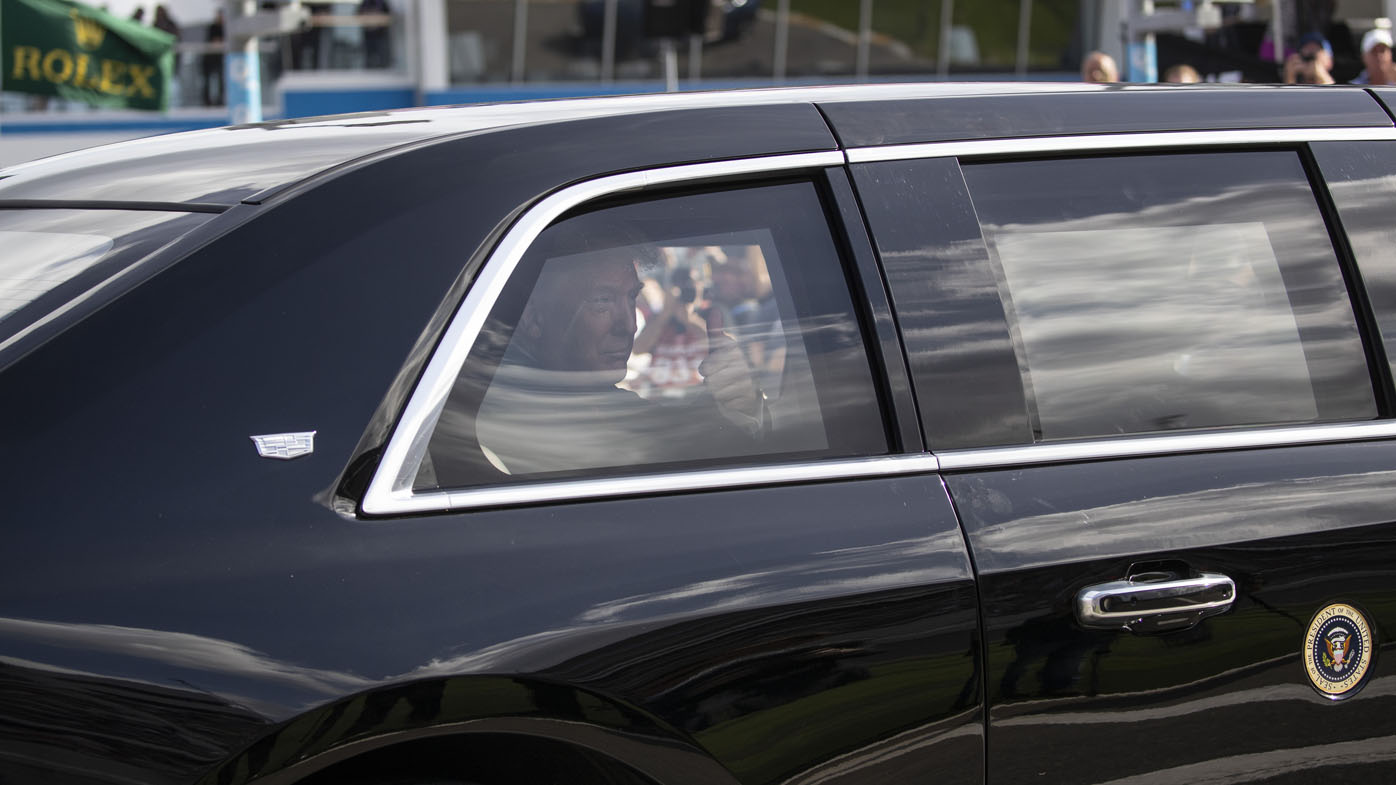 The primary purpose of the Beast is to transport the president in safety and luxury, so all weaponry onboard is said to be designed for defensive purposes only.

Former agents have said that the Presidential limo normally carries pump action shotguns, tear gas grenade launchers and an external firefighting system to allow the vehicle to drive through blazes.

It's also rumoured the Beast has smoke screen dispensers to obscure visibility for would-be attackers. 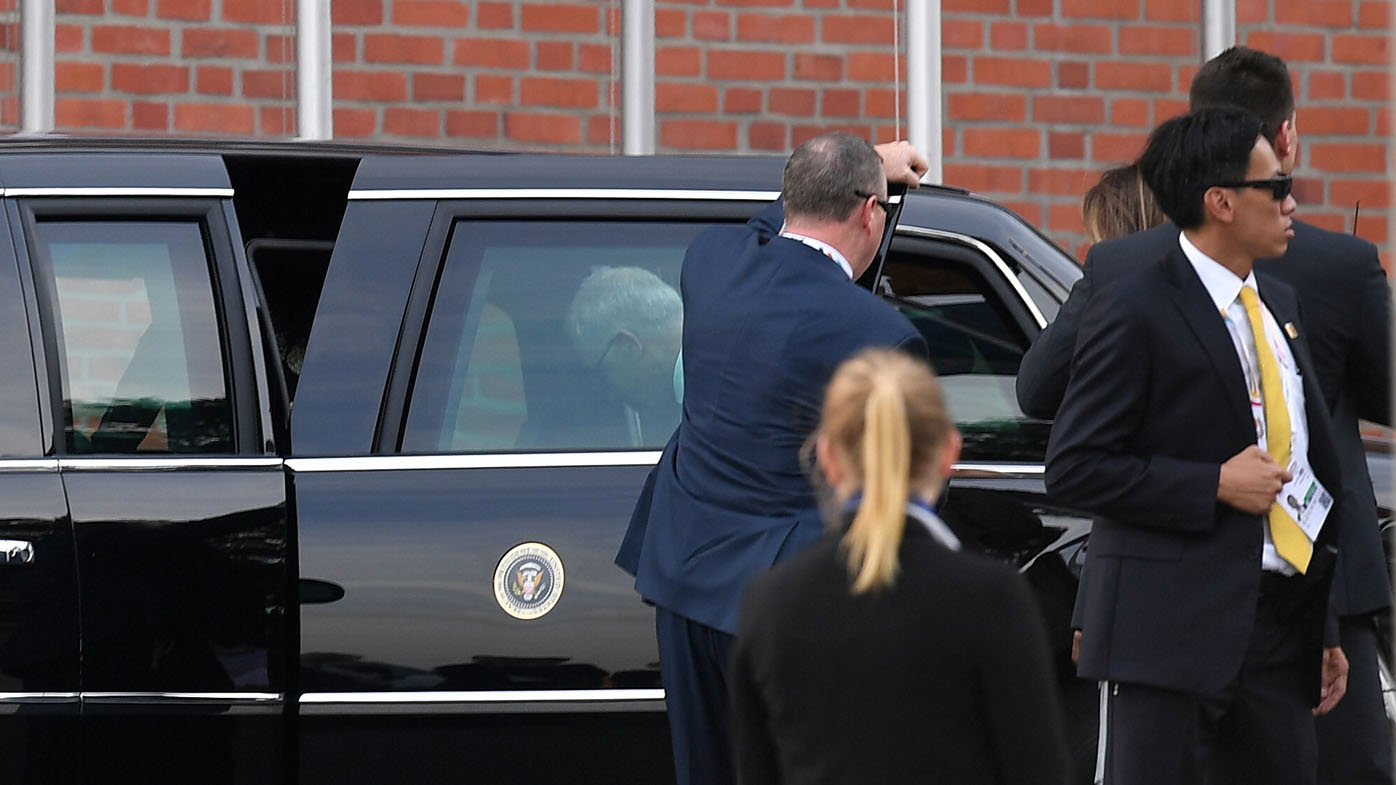 Secret Service agents train to be able to evasively drive the Beast in attack scenarios, including rapid "J" turns and reliance on in-built night vision cameras if the windscreen becomes completely obscured.

Nobody knows the exact engine lurking under the bonnet of the Beast, but several have speculated it would carry a top-of-the-line Duramax 6.6 litre turbo V8 diesel.

Despite this engine capable of producing truck-levels of torque, due to the Beast's weight it's also speculated that its top speed is a little over 100 km/h.