Twenty Indonesian fishermen have been plucked from a sinking boat in a dramatic open ocean rescue hundreds of kilometres from the Western Australian coast.

Twenty Indonesian fishermen have been plucked from a sinking boat in a dramatic open ocean rescue hundreds of kilometres from the Western Australian coast.

After days stuck at sea, a Japanese fishing boat finally made it to the vessel on Saturday, before Australian rescuers took over.

Australian authorities said everyone on the Indonesian vessel was saved, but one man still needed urgent hospital care. 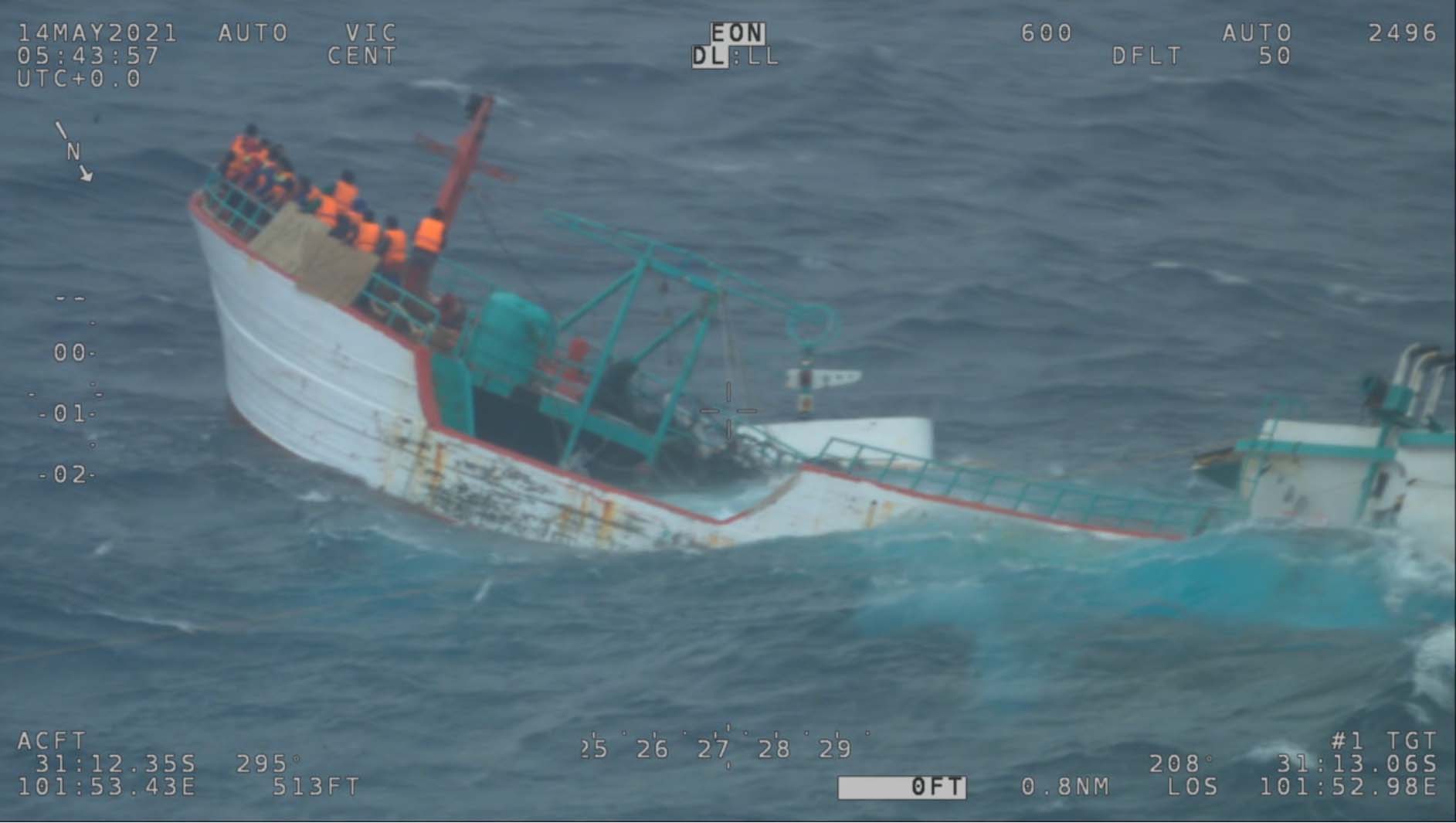 The Australian Maritime Safety Authority, which co-ordinated the rescue, hailed the Japanese crew members' efforts and praised the "successful saving of 20 lives at sea".

Planes from both AMSA and the Royal Australian Air Force were used to keep an eye on the sinking vessel and drop essential supplies and lifeboats until the Japanese ship could arrive on Saturday morning.

They were moved to HMAS Anzac that afternoon to begin the long trip back towards Australia.

Defence Minister Peter Dutton said the man needing urgent care would be flown by helicopter to a Perth hospital as soon as the Navy ship was close enough.

It would then turn around to take the rest of the fishermen back to their home port in Bali. 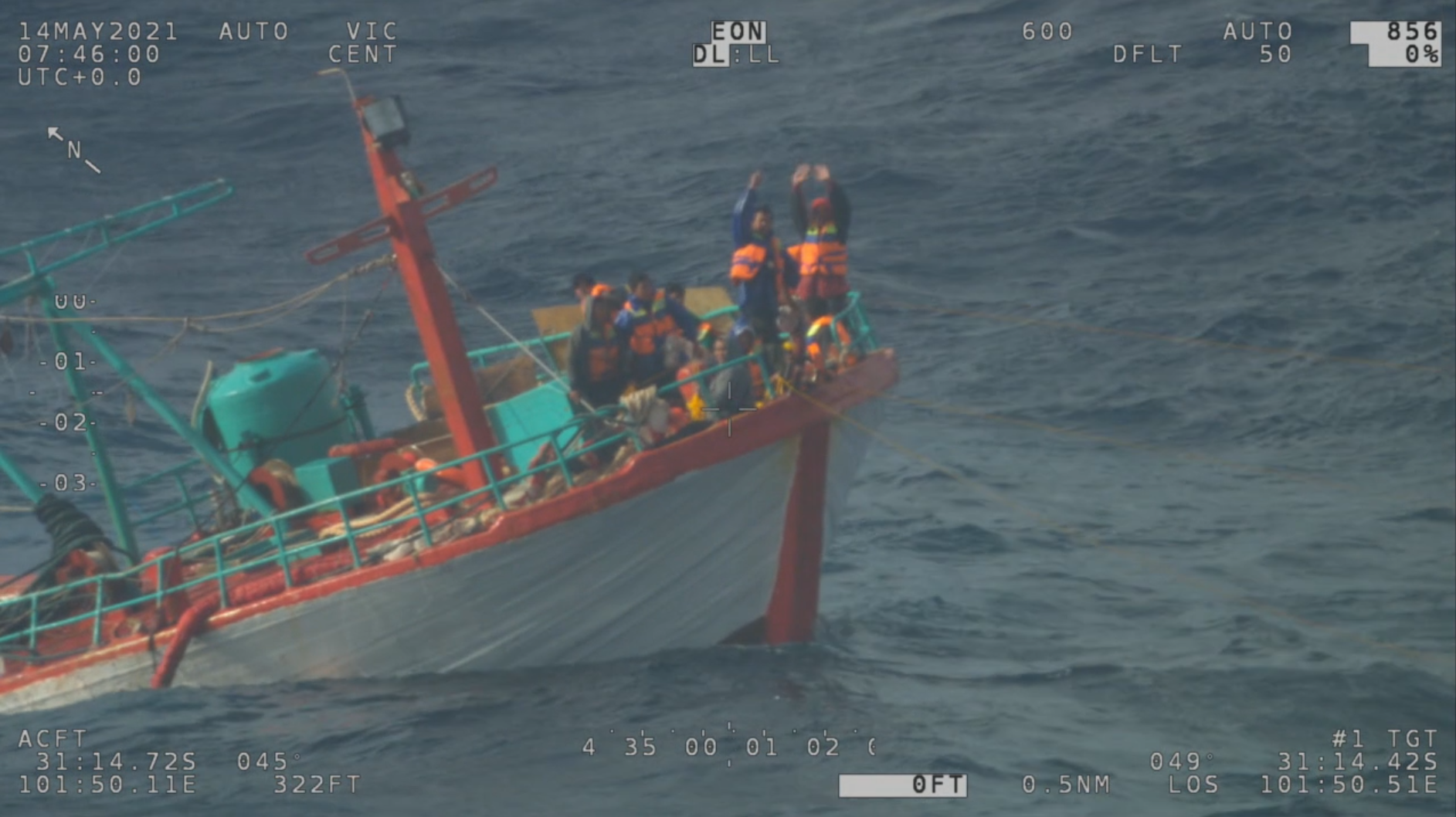 "Yesterday, Japanese fishing vessel FUKUSEKI MARU 15 reached the Indonesian fishermen whose boat was sinking and was able to render assistance to those on board," Mr Morrow said.

"Their quick response was instrumental to the success of this time-sensitive mission.

"HMAS Anzac was then able to arrive with medical and interpreter support for the rescued fishermen.

"The successful saving of 20 lives at sea is an incredible achievement of which all responding authorities should be proud. We appreciate the assistance of the Australian Defence Force and FV FUKUSEKI MARU 15 in this search and rescue mission."

Mr Dutton said the HMAS Anzac was just hours away from docking in Perth, with family members waiting to greet them at the wharf, when the vessel was sent on its new mission.

"I also want to acknowledge the patience and goodwill of the families of Anzac's crew, who are now waiting longer to see their loved ones following a long deployment," he said, in a statement,

"We will have your sailors back with you as soon as possible.

"Their efforts in bad weather and high sea state should make all Australians proud. They helped save 20 lives."