Indonesia’s Health Ministry announced that new daily infections rose by 13,094 on Tuesday to bring the country’s total to 1,012,350, the most in Southeast Asia.

Indonesia confirmed coronavirus infections since the pandemic began have now crossed 1 million and hospitals in some hard-hit areas are near capacity.

Indonesia's Health Ministry announced that new daily infections rose by 13,094 on Tuesday, to bring the country's total to 1,012,350, the most in Southeast Asia. 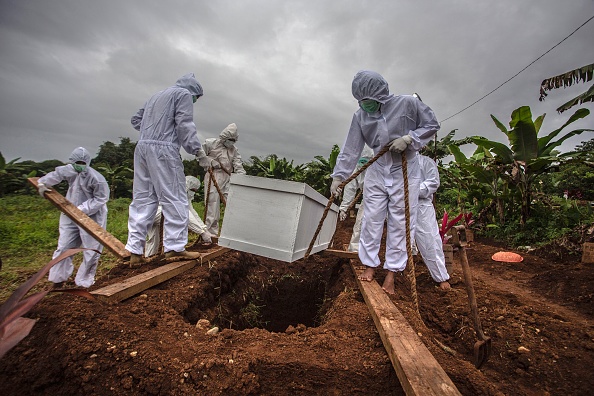 The milestone comes just weeks after Indonesia launched a massive campaign to inoculate two-thirds of the country's 270 million people, with President Joko Widodo receiving the first shot of a Chinese-made vaccine.

Health care workers, military, police, teachers and other at-risk populations are being prioritised for the vaccine in the world's fourth most populous country.

Officials have said that Indonesia will require almost 427 million doses, taking into account the estimate that 15 per cent of doses may be wasted during the distribution process in the vast nation of more than 17,000 islands, where transportation and infrastructure are limited in places. 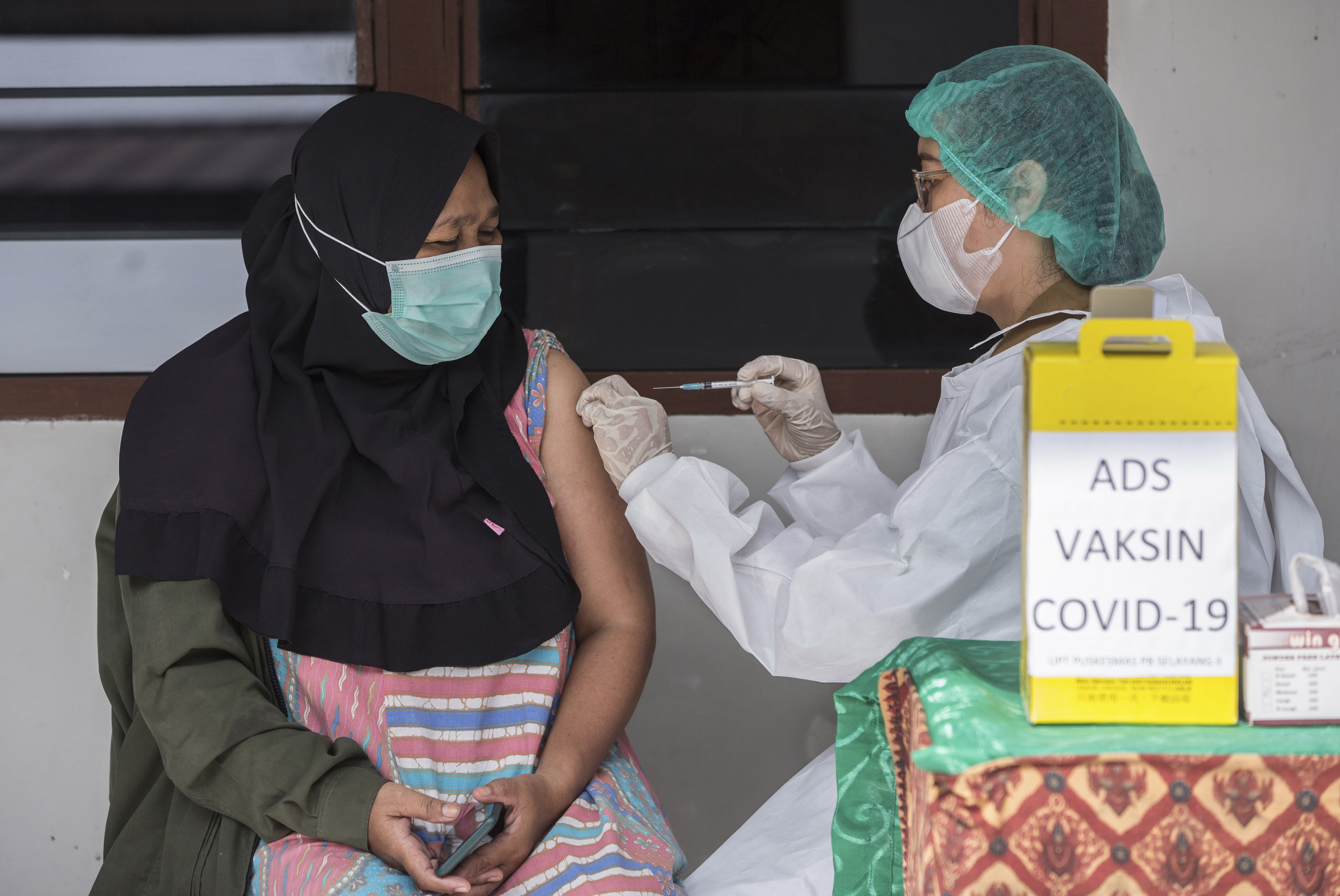 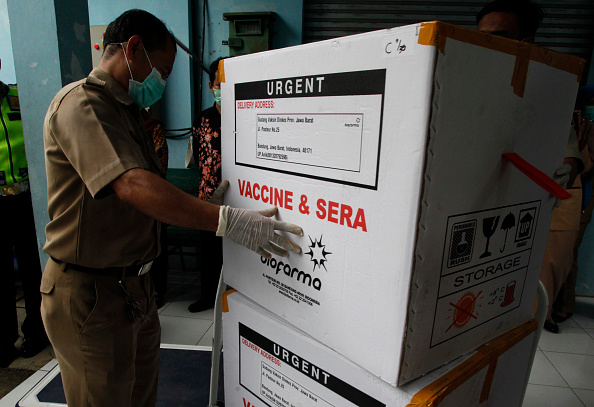 Jakarta continues to be hardest hit city in Indonesia, confirming more than 254,000 cases as of Tuesday, including 4077 deaths.

Only 8.5 per cent of a total 8066 hospital beds in the city were left for new patients as of Tuesday, while beds with ventilators were filled.

Other provinces across the country's most densely populated island of Java, such as West Java, East Java and Yogyakarta, have also been seeing high bed occupancy rates, up to 95 per cent, in the past few weeks.

Even in Jakarta's neighbouring province of Banten, the occupancy rates reached 100 per cent last week.

Health Ministry data showed hospital capacity nationwide was at about 70 per cent. 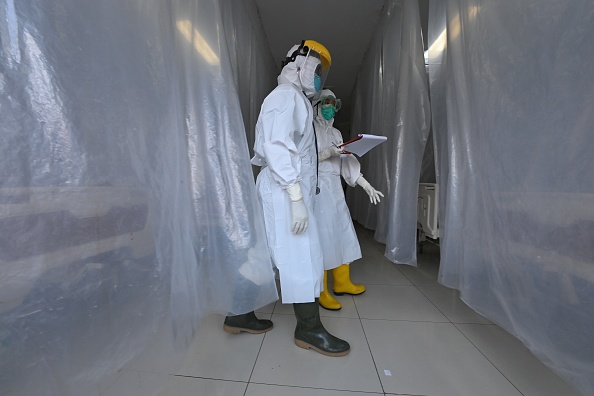 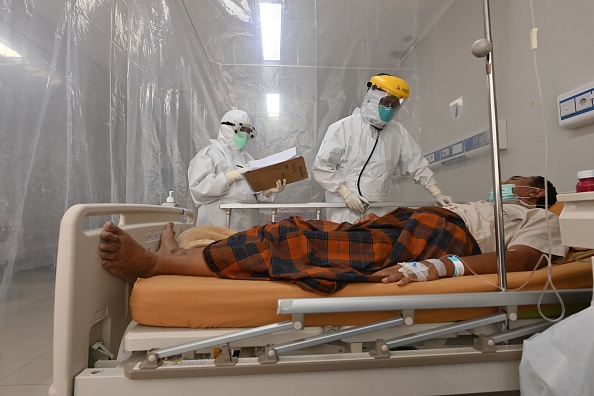 Abdul Kadir, the director general of health services at the ministry, called the situation "dire."

The government has issued a circular urging private hospital owners across the country to allocate up to 40 per cent of beds for COVID-19 patients, Mr Kadir said.

Health experts have warned that adding hospital beds is merely a quick fix that will eventually falter if the number of daily cases continues to rise.

Health policy expert Masdalina Pane from the Indonesian Epidemiologists Association said the government should instead amplify testing and tracing efforts as well as reinforcing health protocols and ensuring public compliance.

She said high positivity rates are a sign of insufficient testing and wide transmission of the virus, and efforts to force asymptomatic people to quarantine at home would help slow the spread of the virus.

The number of coronavirus-related cases and deaths has been rising dramatically since early December, prompting seven regional governments on the islands of Java and Bali to reimpose restrictions on public activity. 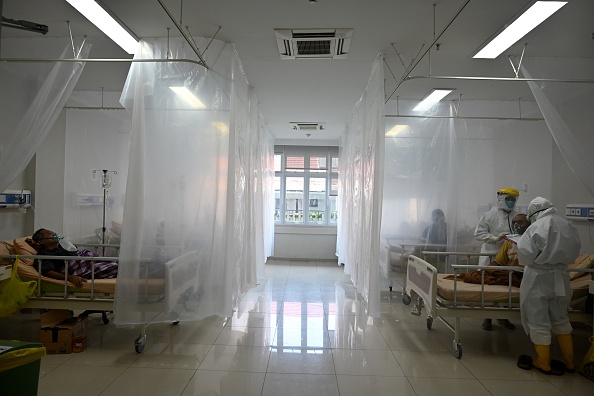 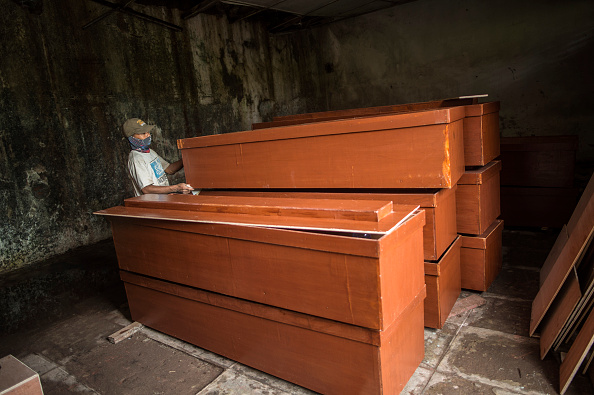 The virus has killed more than 11,000 people in Indonesia since December 1, representing 40 per cent of the total number of casualties since the outbreak started in early March.

"This is time for us to mourn as many of our brothers and sisters have died, including more than 600 healthcare workers, while dealing with pandemic," Health Minister Budi Gunadi Sadikin said on Tuesday in a televised address.

He vowed his ministry will continue to proactively implement measures to curb the spread of the virus and urged people to observe health guidelines with discipline to reduce the burden of the country's healthcare system.

READ:  Man goes into cardiac arrest after being crushed by fallen tree

"This 1 million figure gives an indication that all Indonesian people must work together with the government to fight against the pandemic even harder," Mr Sadikin said.