Incredible new satellite imagery has captured the moment a huge plume of ash into the air from Taal volcano in the Philippines.

Incredible new satellite imagery has captured the moment a huge plume of ash was sent into the air from Taal volcano in the Philippines.

The volcano, which is the country's second most active, blasted steam, rock and ash up to 15 kilometres into the air and triggered dramatic volcanic lightning when it erupted on Sunday. 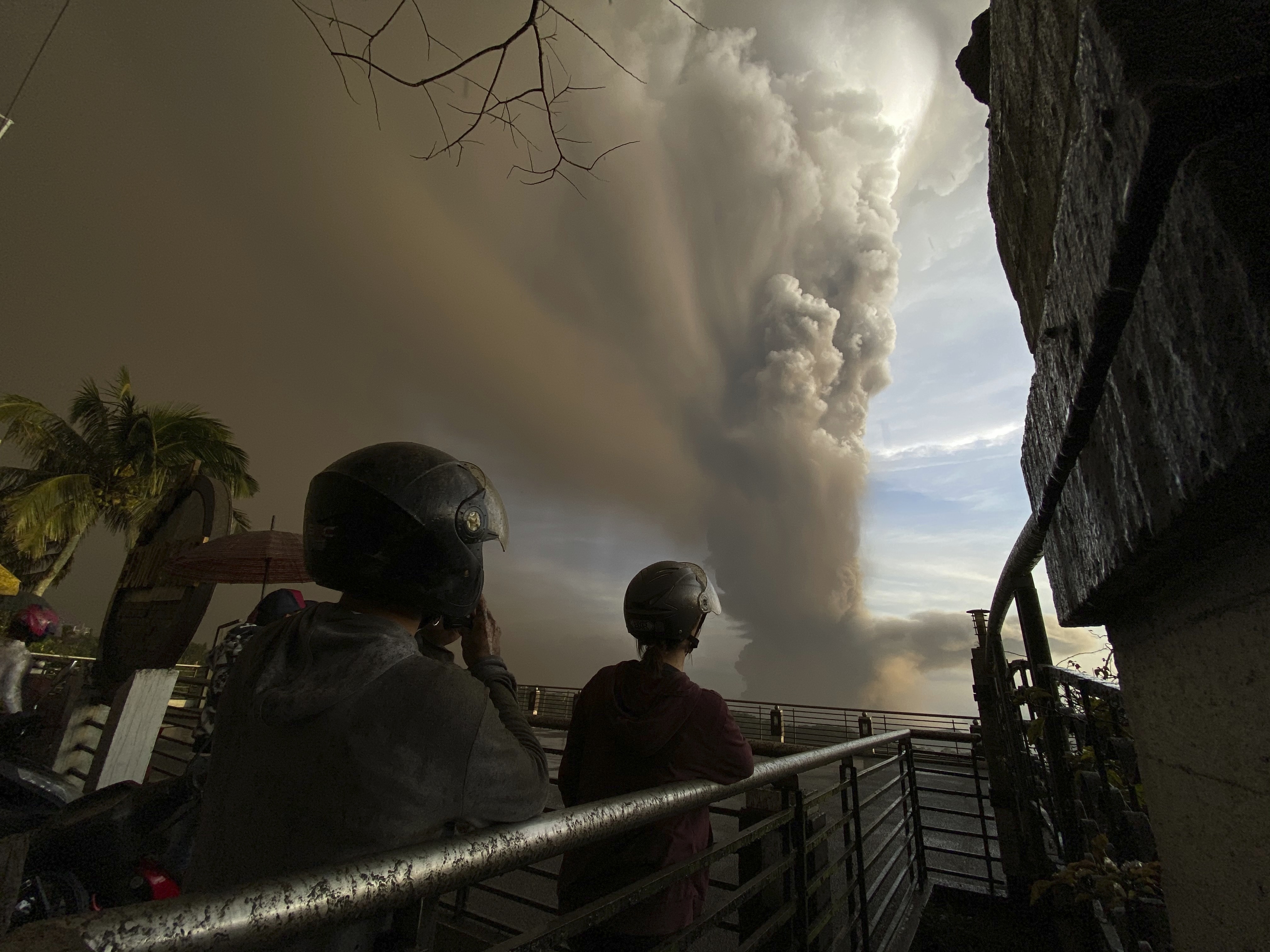 US government agency the National Oceanic and Atmospheric Administration tweeted a visualisation of the eruption that used a combination of visual and infrared bands.

The eruption was captured by Japan's Himawari 8 weather satellite.

Hundreds of thousands of residents in a 15-kilometre lockdown zone were evacuated, including 30,000 from the volcanic island itself.

Many houses and farms have been damaged by volcanic ash, though no deaths or major injuries directly caused by the eruption have been reported.

Conditions remain dangerous around the volcano, as it continues to let off weaker ash and steam explosions and may erupt again, the Philippine Institute of Volcanology and Seismology has warned. 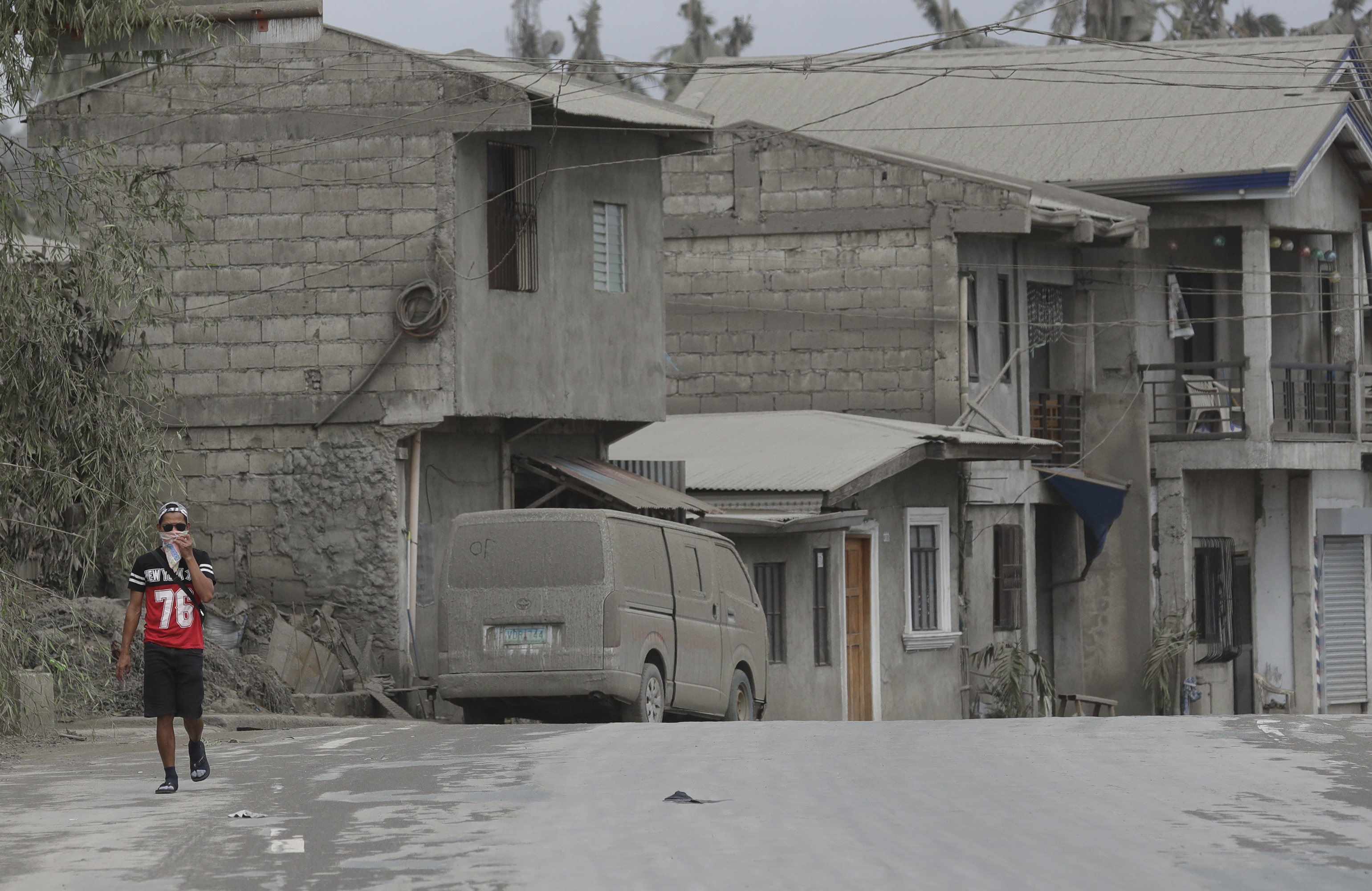 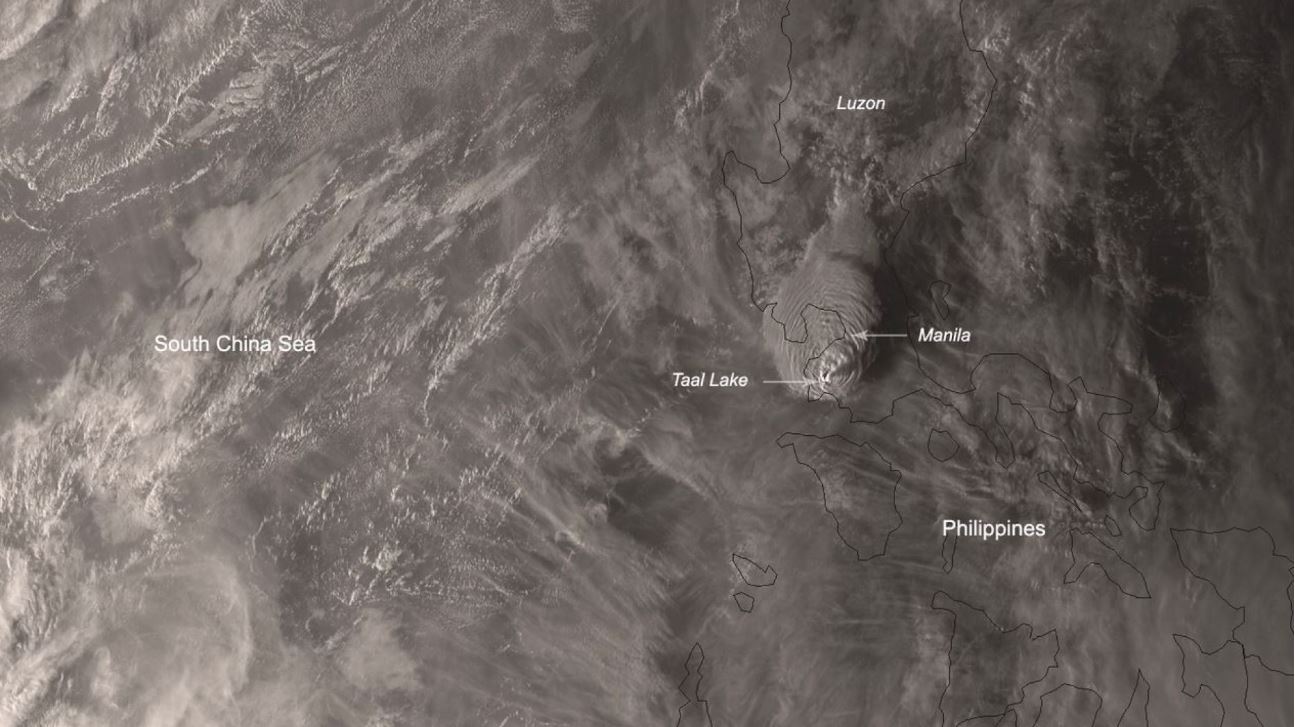 Authorities are warning locals not to return to the exclusion zone, despite a "seeming lull" in volcano activity.

"When there is an explosion, that will be life-threatening, especially if people get very near, like on volcano island," said Renato Solidum, who heads the Philippine Institute of Volcanology and Seismology.

It is the first time the volcano has erupted in forty years.

Soldiers and police have been stopping desperate villagers from returning to retrieve belongings and save their poultry and cattle.