Four turtles have been released into waters off Queensland after being found with injuries and treated at Gold Coast Sea World.

As a turtle was lowered towards the ocean it started to flap its flippers - eager to return to the balmy Queensland waters.

That was just one of four turtles who were released into the wild after being found with injuries and treated at Gold Coast Sea World. 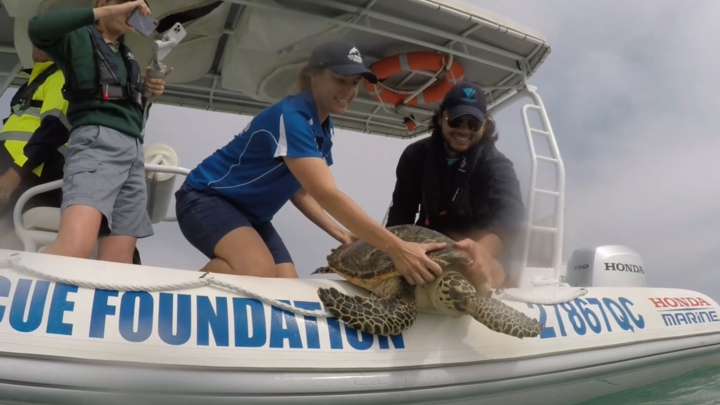 Sea World veterinarian, Dr Claire Madden said it was a proud moment to see the turtles get a clean bill of health.

"Our team was incredibly proud to join the QPWS team in the release efforts of these four turtles," Dr Madden said, explaining the large loggerhead turtle was found badly tangled in fishing line a year ago.

"It was especially pleasing to release the large loggerhead turtle who had spent over a year rehabilitating with us at Sea World after having a flipper amputated due to the severity of his injuries.

"It is always a happy occasion when we can rescue, rehabilitate and release any animal." 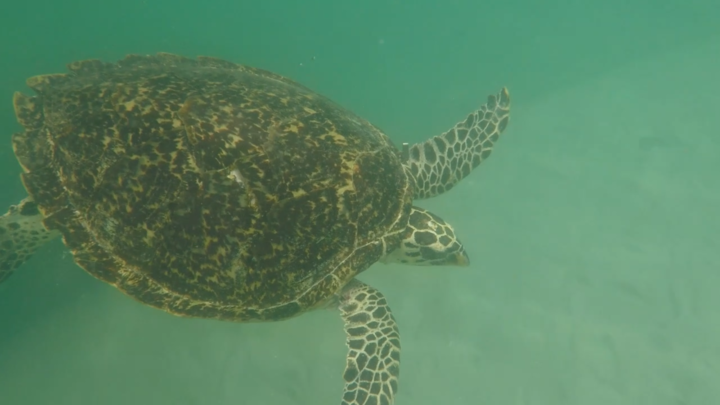 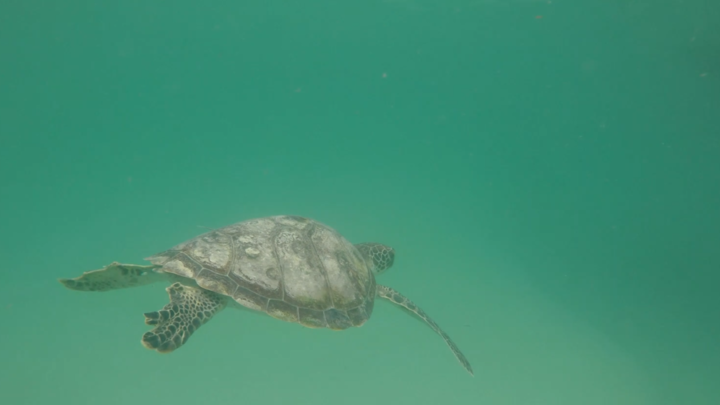 Marine Park Ranger Natalie Sands Sands said watching the turtles swim away was an amazing moment for the rangers and staff on board the vessels.

"It was extremely satisfying for all involved to see the turtles swim away without looking back," she said.

"They were ready to go, and we're hoping they can grow old and avoid any other human-related injuries or entanglements.