Tens of thousands of people in Afghanistan waited nervously on Saturday to see whether the United States would deliver on President Joe Biden's new pledge to evacuate all Americans and all Afghans who aided the war effort. Meanwhile, the Taliban leader arrived in Kabul for talks with the group's leadership on forming a new government.

Time is running out ahead of Biden's August 31 deadline to withdraw most remaining US troops, and the president on Friday night did not commit to extending it.

He faces growing criticism as videos depict pandemonium and occasional violence outside the airport, and as vulnerable Afghans who fear the Taliban's retaliation send desperate pleas not to be left behind. The Gulf nation of Bahrain on Saturday announced it was allowing flights to use its transit facilities for the evacuation, an option that should ease pressure after the US faced issues Friday with its facilities at Al-Udeid Air Base in Qatar rapidly filling up. The backlog forced flights from the Kabul international airport to stop for several hours. The United Arab Emirates, meanwhile, said it would host up to 5000 Afghans "prior to their departure to other countries."

Tens of thousands of Afghan translators and others, and their close family members, seek evacuation after the Taliban's shockingly swift takeover of Afghanistan in a little over a week's time. The fall of Kabul marked the final chapter of America's longest war, which began after the September 11, 2001, terror attacks.

READ:  Businessman Clive Palmer and MP Craig Kelly could team up against Facebook

Taliban leader Mullah Abdul Ghani Baradar, who negotiated the religious movement's 2020 peace deal with the US, is in Kabul for meetings with the group's leadership, a Taliban official said, speaking on condition of anonymity because he was not authorised to talk to the media. Baradar's presence is significant because he has often held talks with former Afghan leaders like ex-president Hamid Karzai.

Afghan officials familiar with the many talks held in the capital say the Taliban have said they will not make announcements on their government until the August 31 deadline for the troop withdrawal passes. 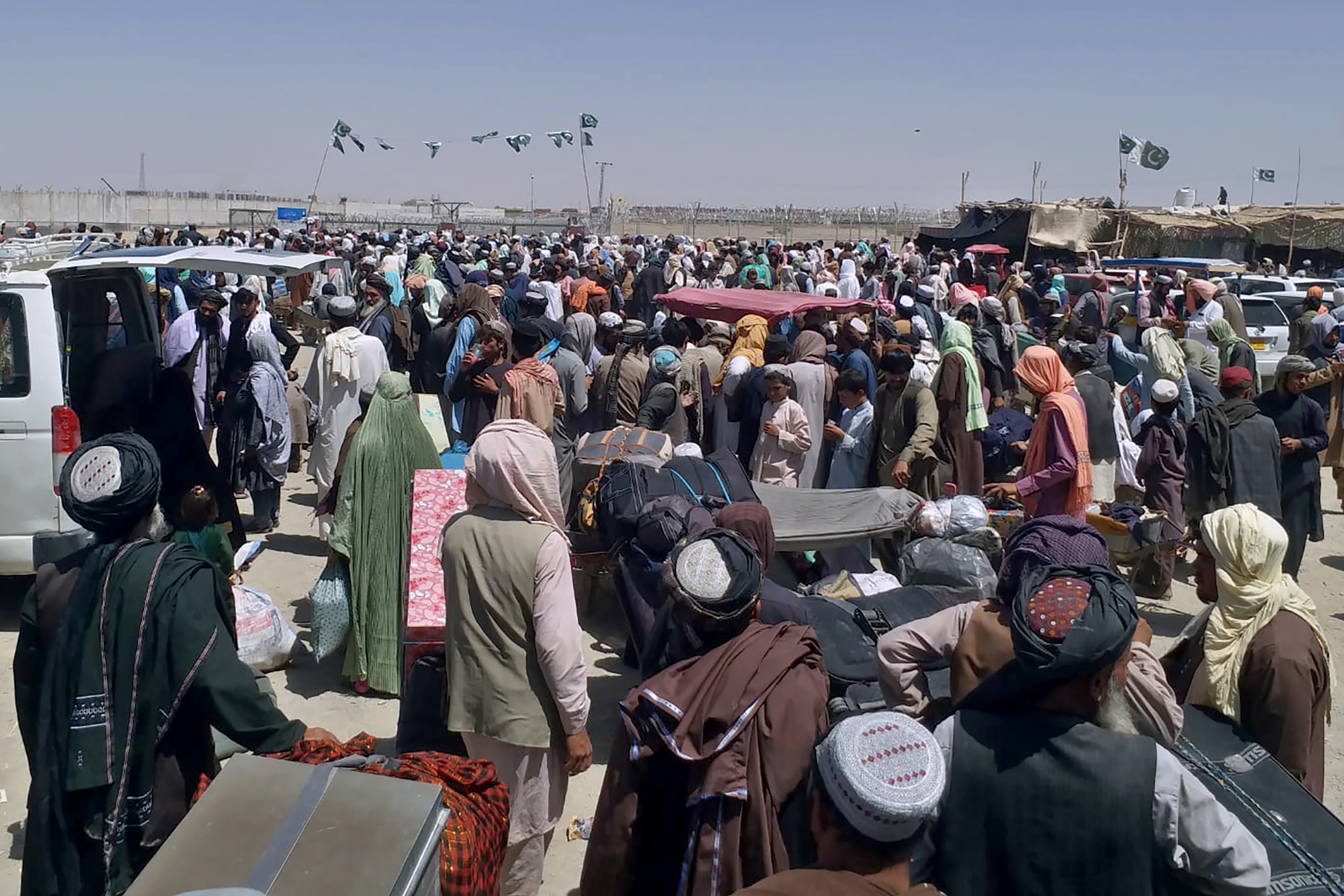 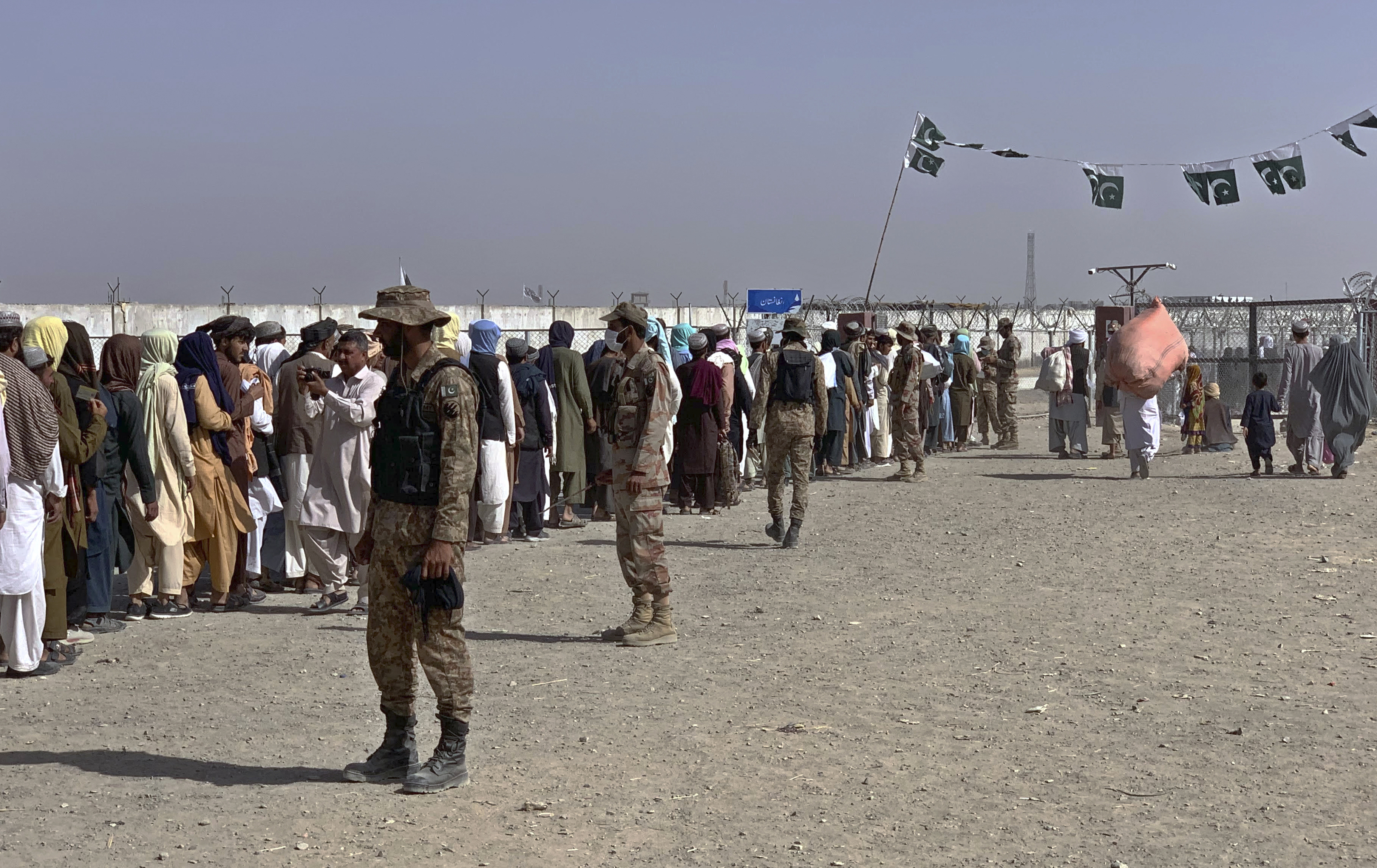 Abdullah Abdullah, a senior official in the ousted government, tweeted that he and Karzai met Saturday with Taliban's acting governor for Kabul, who "assured us that he would do everything possible for the security of the people" of the city.

On Friday, a defence official said about 5700 people, including about 250 Americans, were flown out of Kabul aboard 16 C-17 transport planes, guarded by a temporary US military deployment that's building to 6000 troops. On each of the previous two days, about 2000 people were airlifted.

Officials also confirmed that US military helicopters flew beyond the Kabul airport to scoop up 169 Americans seeking to evacuate. No one knows how many US citizens remain in Afghanistan, but estimates have ranged as high as 15,000.

So far, 13 countries have agreed to host at-risk Afghans at least temporarily, US Secretary of State Antony Blinken said. Another 12 have agreed to serve as transit points for evacuees, including Americans and others. About 300 evacuees arrived Friday night from Qatar at the US Ramstein Air Base in Germany, one transit point for people being taken to the US, the American military said. 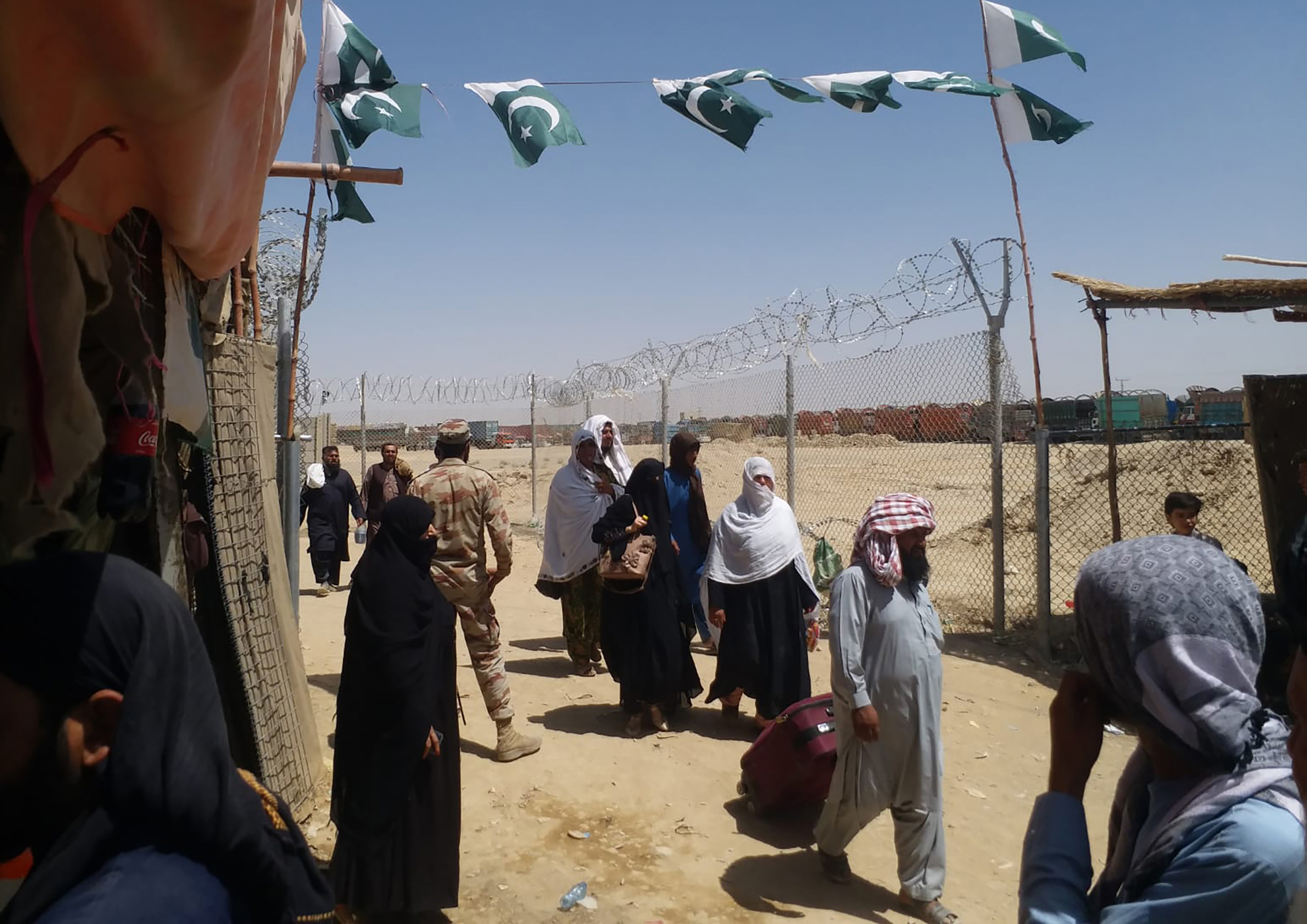 "We are tired. We are happy. We are now in a safe country," one Afghan man said upon arrival in Italy with 79 fellow citizens, speaking in a video distributed by that country's defence ministry.

But the growing question for many other Afghans is, where will they finally call home? Already, European leaders who fear a repeat of the 2015 migration crisis are signalling that fleeing Afghans who didn't help Western forces during the war should stay in neighbouring countries instead. The desperate scenes of people clinging to aircraft taking off from Kabul's airport have only deepened Europe's anxiety.

Remaining in Afghanistan means adapting to life under the Taliban, who say they seek an "inclusive, Islamic" government, offer full amnesty to those who worked for the US and the Western-backed government and claim they have become more moderate since they last held power from 1996 to 2001. They say they'll honour women's rights within the norms of Islamic law, without elaborating.

But many Afghans fear a return to the Taliban's harsh rule in the late 1990s, when the group barred women from attending school or working outside the home, banned television and music, chopped off the hands of suspected thieves and held public executions. 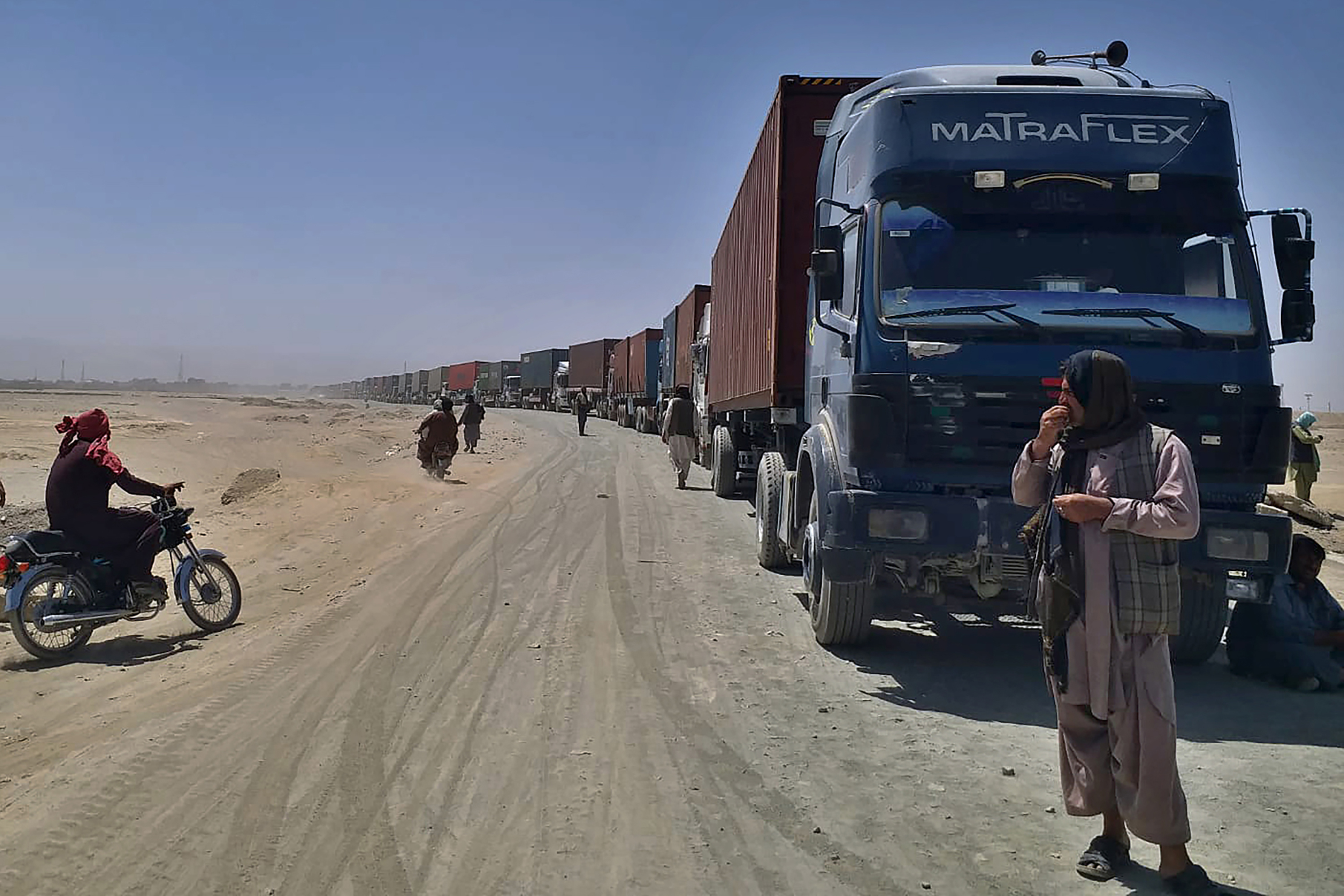 "Today some of my friends went to work at the court and the Taliban didn't let them into their offices. They showed their guns and said, 'You're not eligible to work in this government if you worked in the past one,'" one women's activist in Kabul told The Associated Press on Saturday. She spoke on condition of anonymity for fear of retaliation.

With a Turkish visa but no way to safely reach the airport, the activist described the gap between the Taliban's words and actions "very alarming." She said she was holed up in the city with a colleague, eating food delivered by a friend.

Taliban now operate in a very different Afghanistan, facing far closer scrutiny this time around as Afghans share updates on social media. Some Afghans however fear retaliation, and are hurriedly wiping out their online presence instead.