Doctors fear a tourist in Thailand may have contracted the deadly new strain of coronavirus sweeping Asia.

Doctors fear a British tourist in Thailand may have contracted the deadly new strain of coronavirus sweeping Asia.

Ash Shorley, 32, is in a critical condition in a Phuket hospital after being admitted with pneumonia-like symptoms, The Sun reports. 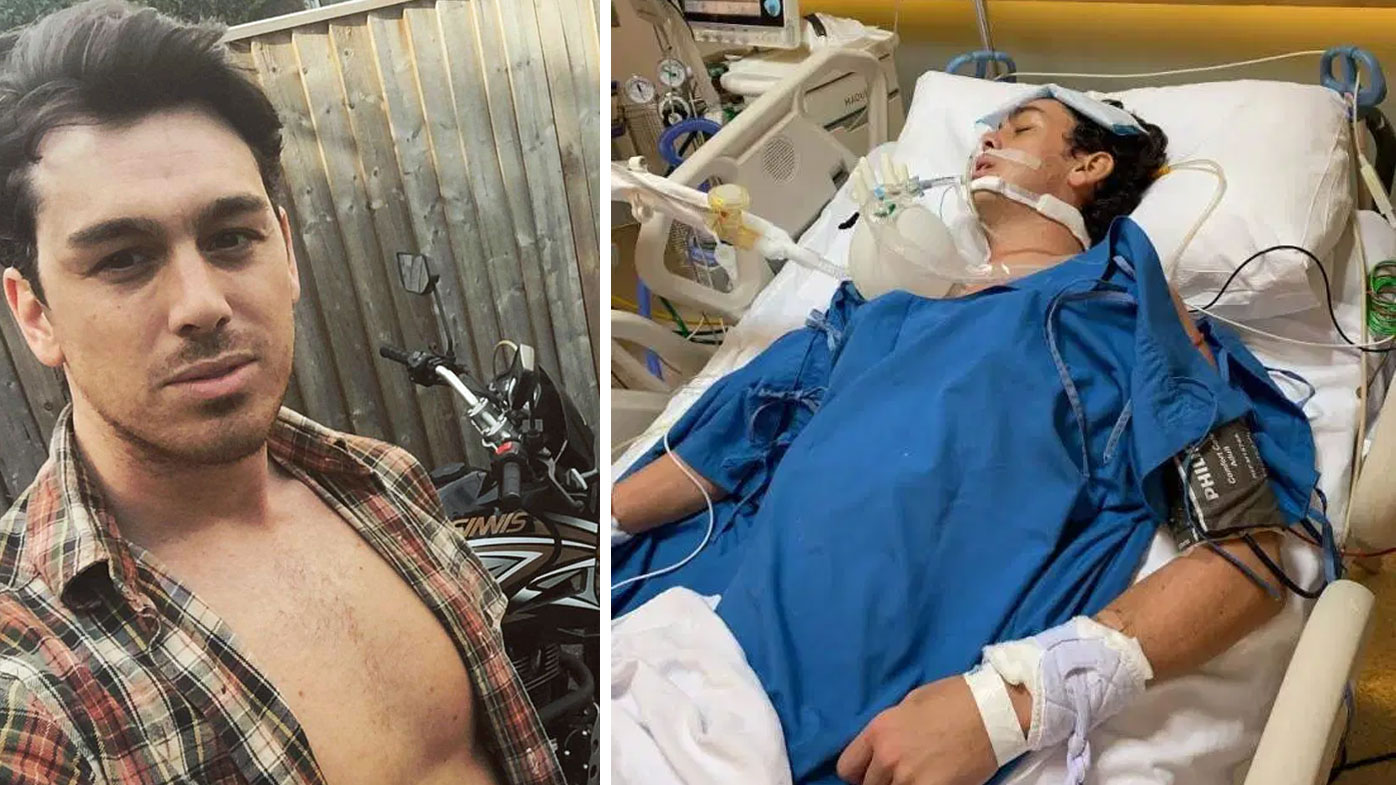 Doctors believe Mr Shorley may have contracted the same strain of the virus which has infected more than 200 people since its outbreak in Wuhan, China in December.

"They think he is the first Western victim of the Chinese flu," his father, Chris Shorley said.

"We are waiting on tests."

So far, it's been confirmed that three travellers - two now in Thailand and one in Japan - who visited Wuhan have been infected by the virus.

Earlier today, a Chinese medical expert confirmed the virus, which has so far killed three people, could be spread from human to human.

READ MORE: WHAT IS A CORONAVIRUS AND ARE YOU AT RISK?

Zhong Nanshan, head of the team set up by China's National Health Commission to investigate the pneumonia-like virus, confirmed that at least two cases had been spread from person to person and medical staff had also been infected.

Authorities had previously said that the new strain of coronavirus, which was traced by health officials to a seafood market in the central Chinese city of Wuhan, was primarily passed from animals to humans. 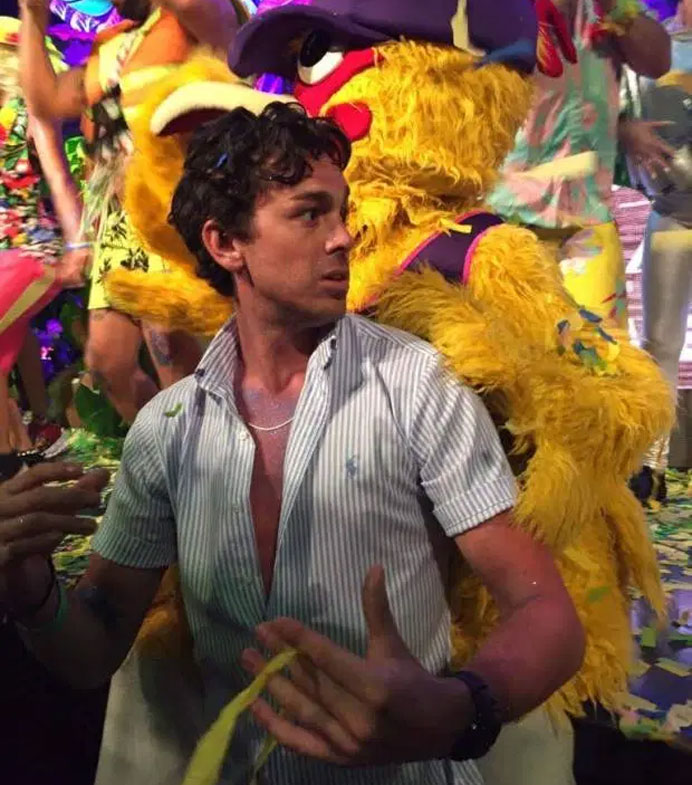 But at least two people have become infected in recent days, despite living hundreds of miles from Wuhan.

Mr Shorley was on a holiday travelling around Southeast Asia when he became seriously ill while on Koh Phi Phi island, The Sun reported.

Mr Shorley was taken to hospital by seaplane, as his lungs had collapsed and travelling at a high altitude would have damaged them further.

"He wasn't able to go above a certain altitude because his lungs would pop," his mother, Julie, said.

"They managed to get him here and if it wasn't for the doctors' expertise, he would be dead by now."

His family is urging travellers in Asia to take precautions.

"Anyone travelling to Asia, I would say to you, get a mask," his father said. "Everyone here is wearing masks, there are people coughing everywhere." 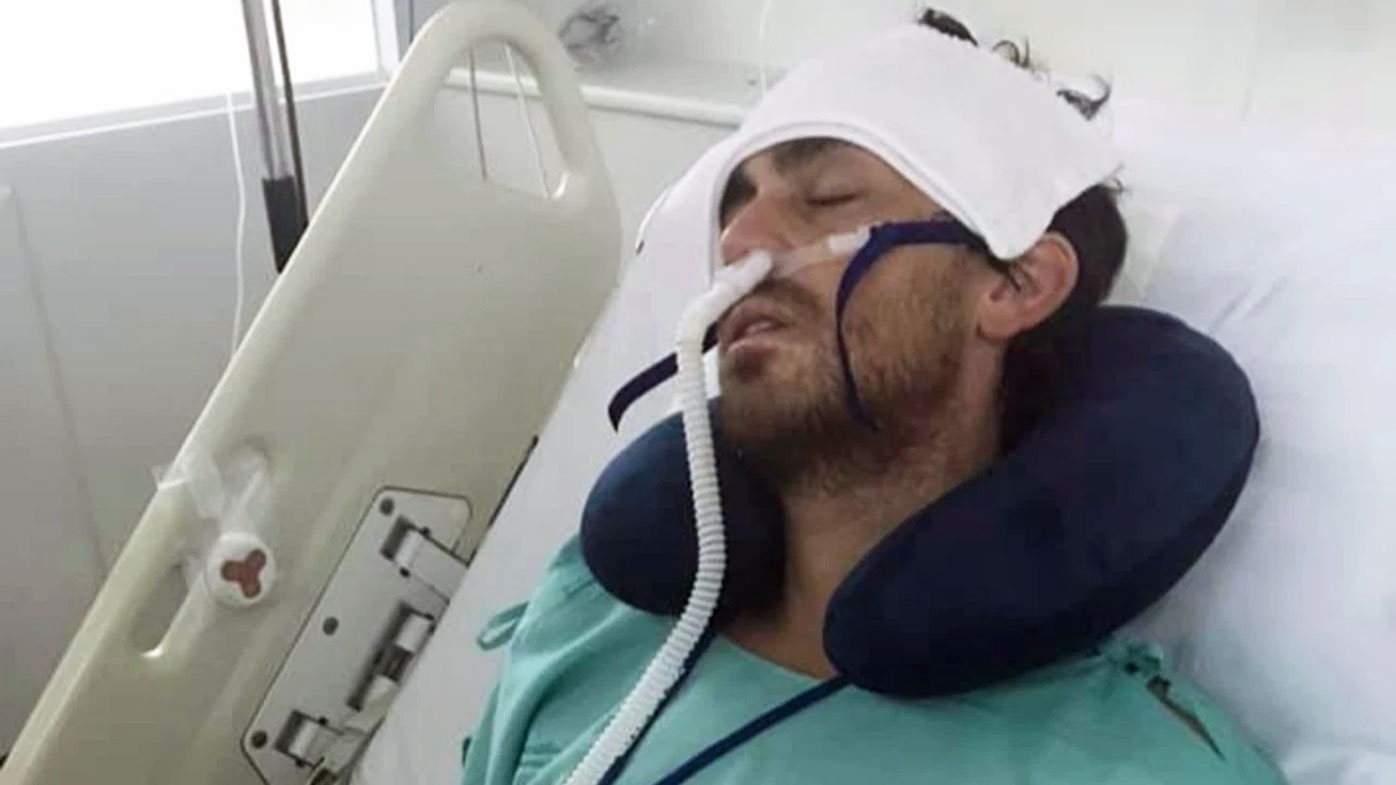 "There is no need for alarm and the risk to the Australian public from this novel coronavirus remains relatively low," Brendan Murphy told reporters today.

"Although, we do need to keep a precautionary and active surveillance of the situation."

Wuhan, the sprawling capital of central China's Hubei province, is the epicentre of the coronavirus.

There are three direct flights a week into from Wuhan into Sydney.

Each of these flights will now be met by biosecurity staff.

"No international travellers have yet been confirmed as having this coronavirus in Australia and we already have well-established existing biosecurity measures at the border," Professor Murphy said.

Information will be displaced across all other points of entry into Australia to warn people who develop symptoms to seek urgent medical attention.

Australian authorities will also work with the Chinese media to get the message across.

What is a coronavirus?

Coronaviruses are a large group of viruses that are common among animals. In rare cases, they are what scientists call zoonotic, meaning they can be transmitted from animals to humans, according to the US Centers for Disease Control and Prevention.

The viruses can make people sick, usually with a mild to moderate upper respiratory tract illness, similar to a common cold. Coronavirus symptoms include a runny nose, cough, sore throat, possibly a headache and maybe a fever, which can last for a couple of days.

For those with a weakened immune system, the elderly and the very young, there's a chance the virus could cause a lower, and much more serious, respiratory tract illness like a pneumonia or bronchitis.

There are a handful of human coronaviruses that are known to be deadly.

Middle East Respiratory Syndrome, also known as the MERS virus, was first reported in the Middle East in 2012 and also causes respiratory problems, but those symptoms are much more severe. Three to four out of every 10 patients infected with MERS died, according to the CDC.

Severe Acute Respiratory Syndrome, also known as SARS, is the other coronavirus that can cause more severe symptoms.

First identified in the Guangdong province in southern China, according to the WHO, it causes respiratory problems but can also cause diarrhoea, fatigue, shortness of breath, respiratory distress and kidney failure.

Depending on the patient's age, the death rate with SARS ranged from 0-50% of the cases, with older people being the most vulnerable.

Viruses can spread from human contact with animals. Scientists think MERS started in camels, according to the WHO. With SARS, scientists suspected civet cats were to blame.

When it comes to human-to-human transmission of the viruses, often it happens when someone comes into contact with the infected person's secretions.

Depending on how virulent the virus is, a cough, sneeze or handshake could cause exposure. The virus can also be transmitted by touching something an infected person has touched and then touching your mouth, nose or eyes. Caregivers can sometimes be exposed by handling a patient's waste, according to the CDC.

There is no specific treatment. Most of the time, symptoms will go away on their own.

Doctors can relieve symptoms by prescribing a pain or fever medication. The CDC says a room humidifier or a hot shower can help with a sore throat or cough.

Drink plenty of fluids, get rest and sleep as much as possible.

If symptoms feel worse than a standard cold, see your doctor.

How can you can prevent it

There is no vaccine to protect against this family of viruses, at least not yet. Trials for a MERS vaccine are underway.

You may be able to reduce your risk of infection by avoiding people who are sick. Try to avoid touching your eyes, nose and mouth. Wash your hands often with soap and water and for at least 20 seconds.

If you are sick, stay home and avoid crowds and contact with others.

Cover your mouth and nose when you cough or sneeze, and disinfect the objects and surfaces you touch.

In pregnant women, the more severe versions of MERS and SARS coronaviruses can be serious. There are cases in which a woman infected with MERS had a stillbirth, a 2014 study showed.