A huge chalk figure cut into the side of a hill in southern England is younger than previously thought.

A huge chalk figure cut into the side of a hill in southern England is younger than previously thought.

Scientific analysis of sand particles taken from the 60m-tall Cerne Giant show that it was probably made between 700 and 1100 AD, conservation body the National Trust said in a press release published on Tuesday.

"This is not what was expected. Many archaeologists and historians thought he was prehistoric or post-medieval, but not medieval," Mike Allen, an independent geoarchaeologist who was part of the project, said. 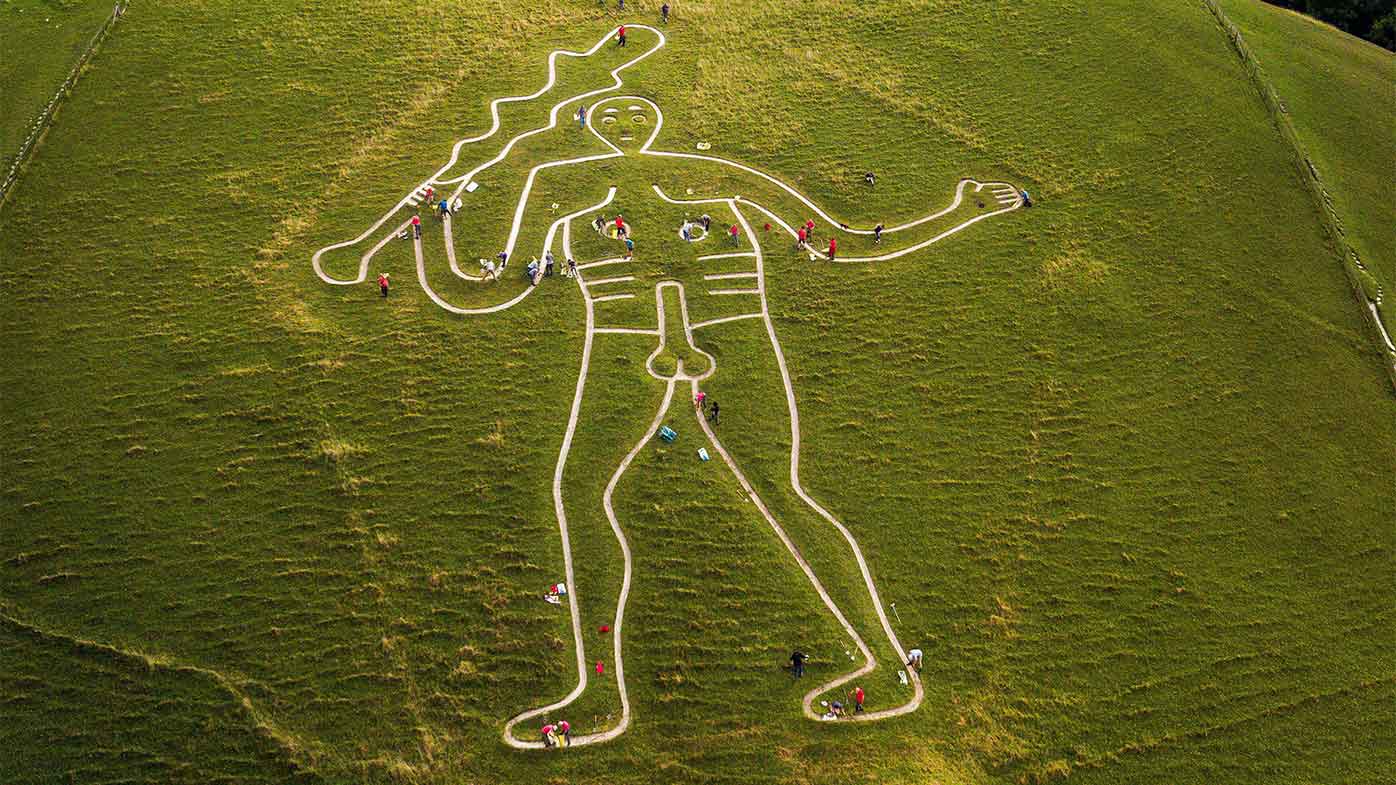 "Everyone was wrong, and that makes these results even more exciting," he said.

Scientists used optically stimulated luminescence (OSL) to determine when the sand had last been exposed to sunlight, and the results of the sediment analysis showed the figure was probably first cut in the late-Saxon period, the National Trust said.

Nearby Cerne Abbey was founded in 987 AD and some say it was intended to convert local people who worshipped an early Anglo-Saxon god called "Heil" or "Heilith," raising the possibility that the giant originally depicted this god.

"He could have had a pagan symbolism," National Trust senior archaeologist Martin Papworth told CNN.

However, the earliest record of the giant dates from 1694, raising questions about why it would have gone unremarked upon for so long, particularly given the presence of the nearby abbey.

"These new dates caught us by surprise," Mr Papworth said. 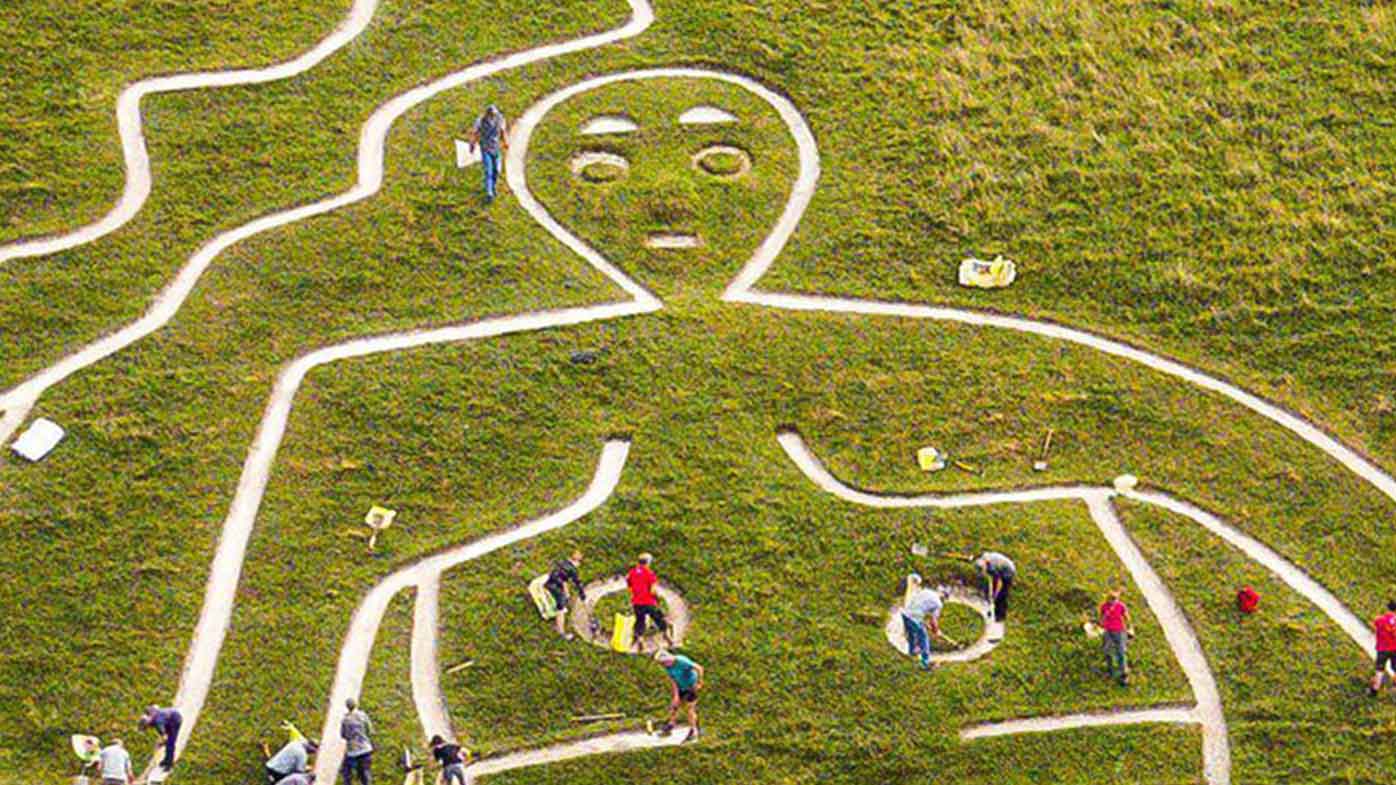 Now Mr Papworth believes the giant was neglected for a long period of time and then rediscovered, which would explain why it is not mentioned in historical documents.

The survey reveals that the line of the giant's belt originally continued straight across, said Mr Papworth, uninterrupted by the large penis visible today.

"We didn't actually do any excavation on his penis," Mr Papworth said, explaining that it's not possible to say when it was added.

Mr Allen said the research showed that Britain's chalk figures could not be lumped together.

"Archaeologists have wanted to pigeonhole chalk hill figures into the same period," he said.

"But carving these figures was not a particular phase -- they're all individual figures, with local significance, each telling us something about that place and time."